Sen. Emmett Hanger has no regrets.

One of the Republican senator from Augusta County’s proudest accomplishments is ushering Medicaid expansion through the resistant GOP-controlled Virginia Senate last year. He did it knowing that conservative Republicans might retaliate by trying to oust him.

“I’ve had the bull’s-eye on my back before,” Hanger said.

Enter Tina Freitas. She’s running an energetic primary challenge against Hanger, whom she mainly criticizes for his fight to expand Medicaid.

The two are competing in a June 11 state-run primary. The winner will face Democrat Annette Hyde in November.

With 32 years of service in the General Assembly, Hanger, 70, is one of the legislature’s most influential members. He has a folksy charm. He’s known for being a successful negotiator and having a willingness to work across the aisle to achieve results.

“I recognize that I’m a maverick, but I’m not totally out of step with my party,” Hanger said.

Freitas is the wife of Del. Nick Freitas, a libertarian-leaning Republican who last year lost the GOP nomination for U.S. Senate to Corey Stewart. Tina Freitas, 40, is a mother of three and homemaker. The family lives in Culpeper.

Hanger, who owns a commercial real estate business, views this primary as an important test about whether the center can hold as he faces a challenger coming from his right. He worries that as politicians move further to the left or right, it will create an intractable rift in the state legislature.

“I’m in the middle of that battle of where we need to be reasonable and work things out,” Hanger said.

Freitas has focused her criticisms on a few main issues: Medicaid, abortion, guns and taxes.

“I’ve been really upset with his record for quite some time, and it just got worse, much worse,” Freitas said. “I’m not going to let him skate through another election cycle unchallenged because we are almost a 70% Republican district and he’s representing us like we’re Arlington or Alexandria.”

Hanger said Freitas has been misleading and at times simply wrong, and so he’s had to explain his actions.

“They’ve turned this into a thing of, ‘Emmett wants to take your guns and kill your babies,’ ” he said.

Hanger, a co-chairman of the budget-writing Senate Finance Committee, was a main architect of a budget to expand Medicaid under the Affordable Care Act, which Freitas views as a betrayal of conservative principles.

Hanger had wanted to expand Medicaid for years because he saw caring for the poor as a Christian imperative. About 280,000 people — many with cancer, substance addiction or diabetes — now have health care under Virginia’s expansion of Medicaid. In the district Hanger represents, about 10,000 people have signed up for Medicaid.

Freitas said he’s sent millions of taxpayer dollars to Planned Parenthood, which she says is an organization that “exploits women in crisis” to make a profit from performing abortions.

Hanger said that included in the budget bill last year was a pilot program that provides low-income women with long-acting, reversible contraception. After the General Assembly approved the budget, the state health department identified Planned Parenthood as a provider. Hanger said he doesn’t support Planned Parenthood because he opposes abortion and wasn’t involved in the health department selecting the organization as a program participant.

Freitas points out that Hanger has repeatedly voted against a bill to allow Virginians to carry a gun without a permit, a philosophy called “constitutional carry” that is popular with grassroots gun-rights advocates.

Hanger said there aren’t issues with Virginia’s permitting process for concealed carry, and the sheriff’s association didn’t support it for public safety reasons. Hanger said when a gun-rights activist recently showed up at his door to chastise him for voting against constitutional carry, Hanger told him he’d cast the same vote if the bill came before him again.

Freitas said Hanger has voted for three of the largest proposed tax increases in Virginia’s history. The tax increases deal with transportation packages. One passed the General Assembly and a second one died. A third transportation bill Hanger ultimately voted against, although it was signed by the governor.

Hanger said his Republican credentials are in good standing. He has a record of voting for abortion restrictions, he says. He’s pushed for gun-rights legislation, including allowing concealed-carry permit holders to enter restaurants with their guns as long as they don’t drink alcohol, as well as working to ensure municipalities don’t enact gun restrictions that are stricter than state laws.

“They really have focused on destroying my reputation,” Hanger said.

The 24th Senate District crosses the Blue Ridge Mountains from the Shenandoah Valley to the northern Piedmont. It includes Augusta, Greene and Madison counties, the cities of Staunton and Waynesboro, as well as parts of Rockingham and Culpeper counties.

In recent years, local political committees have been buzzing with conservative and libertarian-leaning Republicans irritated with Hanger, especially for his advocacy of Medicaid expansion. During his last reelection, Hanger defeated two Republicans in a primary, winning 60% of the vote.

“We’ve been able to work effectively over the last couple of years, and it took a big push and there was collision, and now some of us are paying the price,” Hanger said about Republicans who broke ranks to support Medicaid expansion.

Among other Republicans facing GOP challengers are Del. Chris Peace, R-Hanover, who is in the middle of an electoral dispute with an opponent, and Del. Bob Thomas, R-Stafford, who is facing a tough primary.

Farnsworth said these nomination processes tend to bring out the “extreme element of the party.”

“The Republican Party is going through something of an identity crisis these last several election cycles,” Farnsworth said.

Freitas has received support from conservative and libertarian groups. She’s worried that because the primary is open to all voters — Virginians don’t register by party — a bunch of Democrats will turn out to vote for Hanger.

Freitas raised $72,500 through March, the most recent campaign information publicly available. Her biggest donation — $50,000 — came from a tomato plant tycoon from California who contributes to libertarian causes. Hanger had $319,600 in his war chest at the end of March.

Libertarian group Americans for Liberty has been knocking on doors for Freitas. Virginia Constitutional Conservatives has been covering the district in fliers about Hanger voting against constitutional carry and expanding Medicaid.

Fliers from Virginia Constitutional Conservatives saying Hanger “voted to fund millions to Planned Parenthood to kill unborn children” were left on cars outside of Hanger’s church last Sunday. When the service ended, people came out to find them.

“The pastor and everyone there was just flabbergasted,” Hanger said. “It was like we’d been invaded.”

Freitas says she’s not trying to “tear down Emmett’s character,” just that she disagrees with his voting record. While knocking on doors in Culpeper County one recent afternoon, she listed her criticisms of Hanger and vowed to protect the unborn and stand up for the Second Amendment.

“He’s supposed to be a Republican, but he’s voting like a Democrat,” she described Hanger to a man.

Hanger said he hasn’t thought about his political future — such as running again if he wins another term this November — beyond June 11.

But if reelected, he said he’d like to take up the issue of tax reform to address the inequities across the commonwealth, particularly rural areas. He thinks the funding of transportation projects needs to be addressed. He wants to continue to advocate for the growth and improvement of the state park system. And he’d like to continue to work on the implementation of Medicaid expansion.

“Everybody has ideas, and we can work together without compromising our principles,” Hanger said.

Western Virginia candidates face off in primaries on Tuesday

In two days, Republicans in Western Virginia who want to run for a seat in the General Assembly will find out if they will appear on the Novem…

Republican Emmett Hanger fended off a challenger from his right Tuesday to advance a step closer to another term in Virginia’s state Senate. 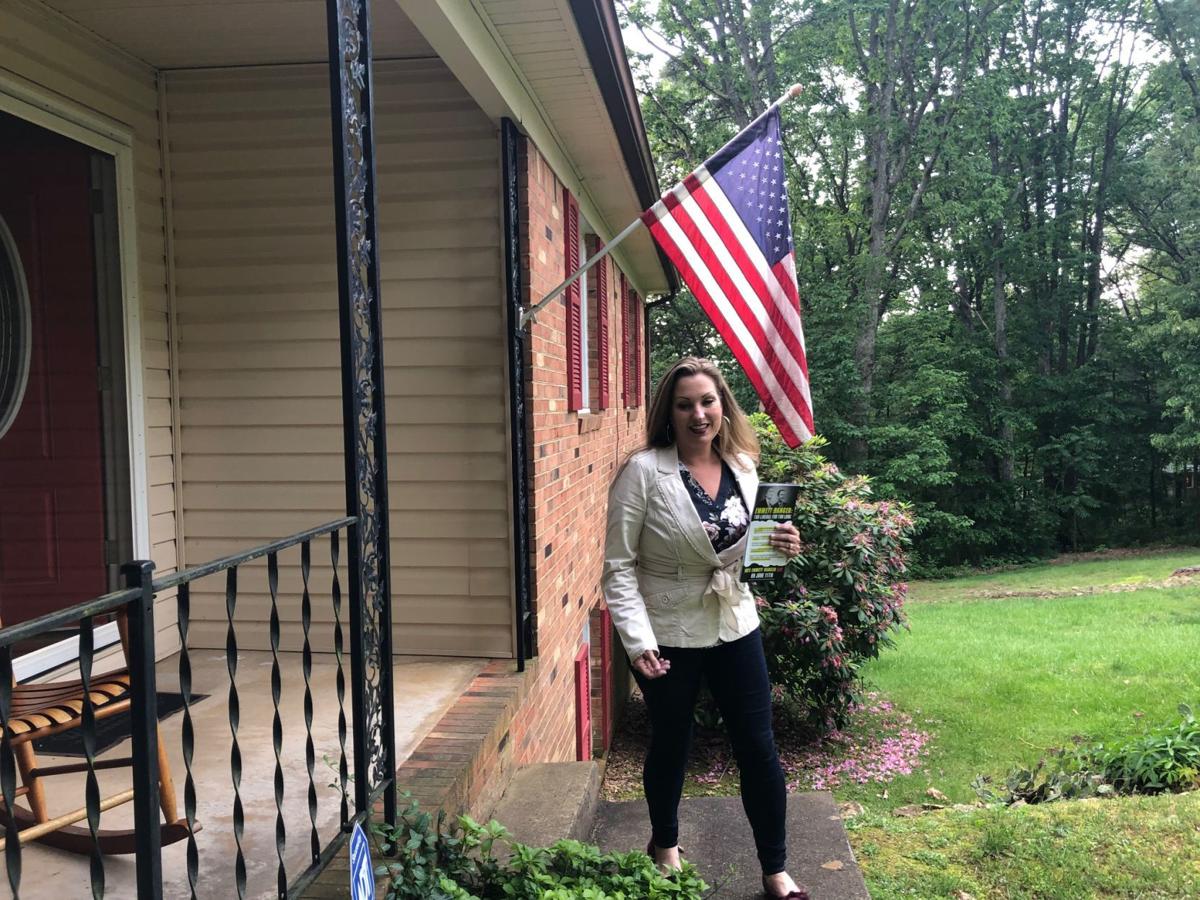 Tina Freitas knocks on doors in Culpeper County to talk to voters about her candidacy on May 16. 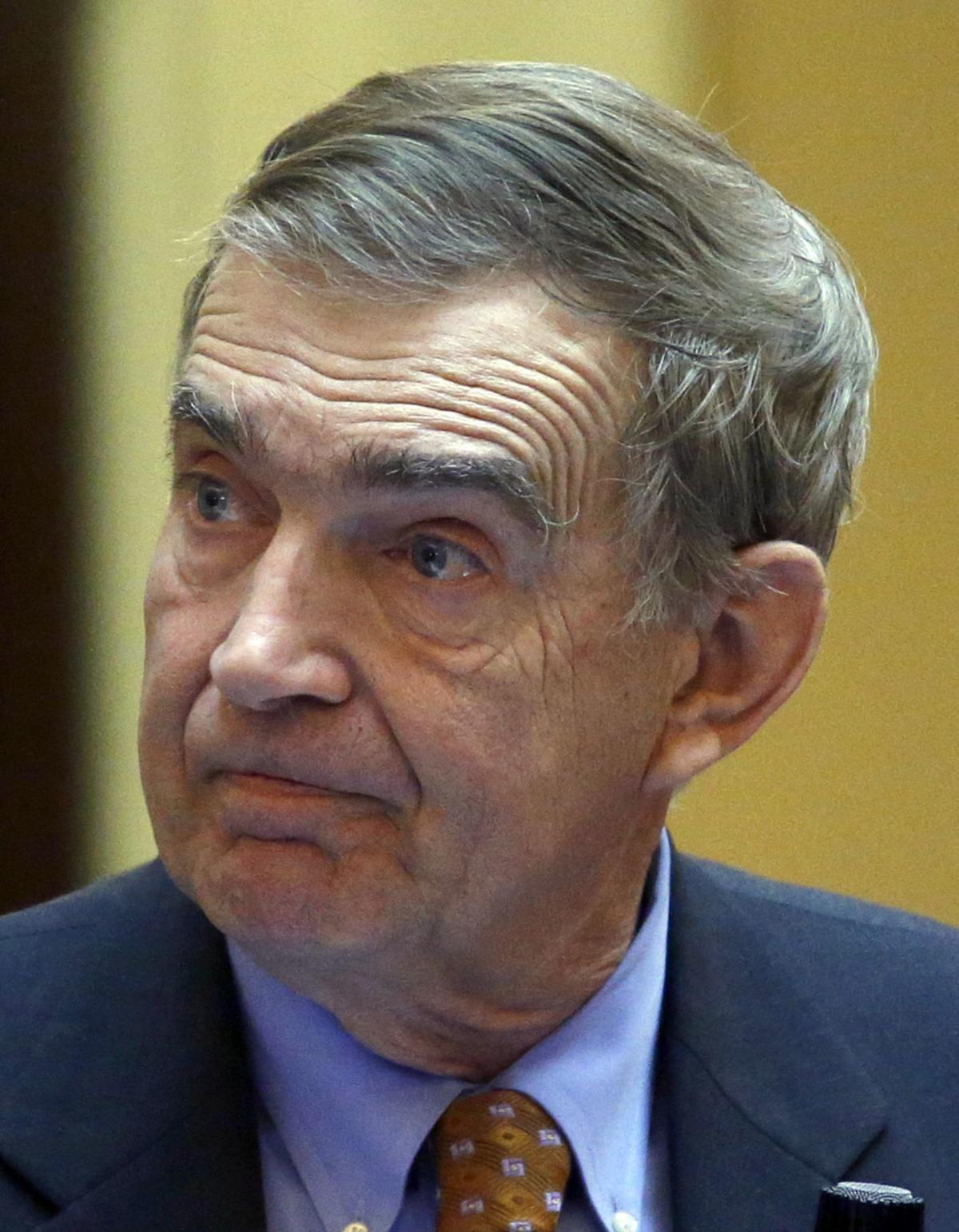