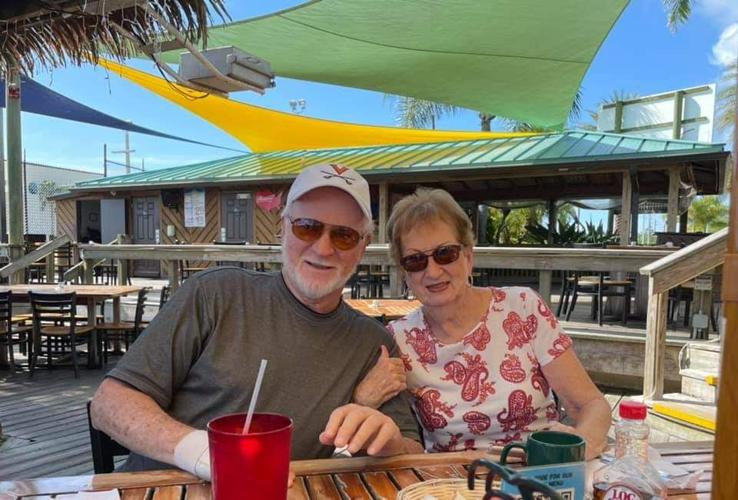 Larry and Dianne Vest contracted hepatitis A after eating at Famous Anthony’s. Dianne died Oct. 26 due to complications from the virus. 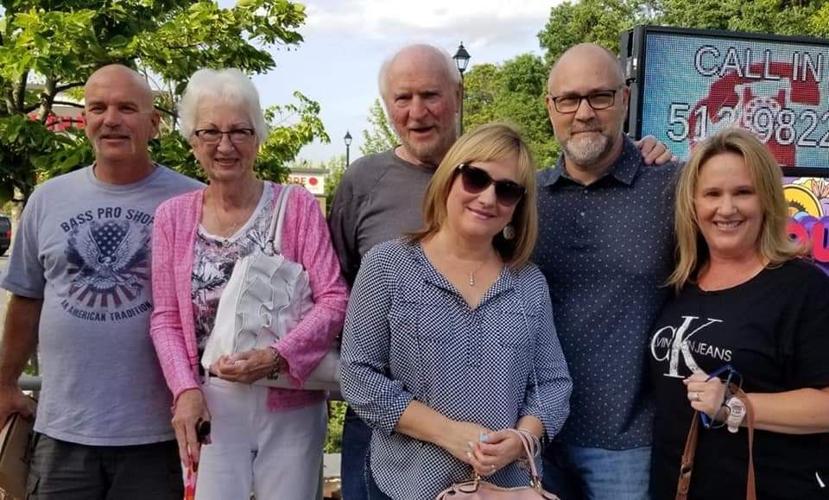 From left: Tim O’Leary, Dianne Vest, Larry Vest, Lisa Vest, Scott Vest, and Paige O’Leary pose together for a family photo. Larry and Dianne contracted hepatitis A after eating at Famous Anthony’s restaurant and Dianne died Oct. 26 due to liver complications from the virus. Not pictured are Russ and Angie Vest, Larry’s son and his wife.

Larry Vest spent months in recovery last year after contracting hepatitis A during an outbreak at Famous Anthony’s restaurants in the Roanoke Valley. He already lost his wife of 40 years to the illness after they ate at the restaurant on Roanoke’s Williamson Road — a favorite of theirs.

His legs swelled, blood draws showed his liver function fluctuating and then fluid built up around his heart. Vest, 77, had previous heart problems, but none in almost a decade.

His son, Scott, said he suffered two falls after the swelling prevented him from walking. Larry Vest had moved to a rehabilitation facility for less than 24 hours before he started having seizures and was rushed to LewisGale Medical Center in Salem. Scott said his father was unresponsive thereafter and died on Christmas Eve.

“This has been such a senseless tragedy not only for our family, but for the other families as well,” Scott Vest said. “We want to see this come to a close.”

More than 50 people contracted hepatitis A after an outbreak in the Roanoke Valley in fall 2021. An employee who worked at three Famous Anthony’s locations — Grandin Road Extension, Williamson Road and Crystal Spring Avenue — tested positive for the virus. Hepatitis A is a virus that causes liver inflammation, which can prevent the organ from functioning normally.

Roanoke City and Alleghany Health Districts officials said they had not received notice of a fourth death related to the outbreak.

Communications officer Christie Wills said deaths from long-term hepatitis A complications aren’t reported as quickly as those that happen while people are hospitalized after first contracting the virus. Wills said it may take more time because the case first has to be a confirmed connection to the outbreak, then it will be reported to the health department.

Scott Vest said his father was perfectly healthy before he ate at Famous Anthony’s two separate times while the employee was contagious.

The Vests have retained Seattle food law attorney Bill Marler to represent them in a case against Famous Anthony’s, along with two dozen other families. Marler said the cases are moving forward.

“We’d give all that up to have our parents back without a doubt,” Vest said. “It’s a tragic situation that has unfortunately taken both of our parents, who we can never get back.”

Larry Vest lived in Roanoke and he and his wife were active members of Shenandoah Baptist Church. They spent much of their free time with their family and visiting their grandchildren.

“A lot of his customers were not just customers and they turned out to be good friends,” Scott Vest said. “He never met a stranger, he really didn’t.”

Alison Graham covers health and technology. She’s originally from Indianapolis and a graduate of Indiana University.

Hepatitis A outbreak ongoing among at-risk groups in Roanoke

Hepatitis A disproportionately affects individuals who are incarcerated, who use injection drugs and who are homeless.

No public threat from hepatitis A case at Roanoke restaurant

Victims of hepatitis A outbreak to expand claims against Roanoke restaurant

During late summer 2021, 50 people were sickened and four died as a result of a hepatitis A outbreak that was traced to several Famous Anthony…

“The family survived the pandemic with no major issues only to be devastated by a public health issue that could have just been avoided,” said…

Officials have identified a total of 49 confirmed cases, including 31 hospitalizations.

As of Wednesday, the health department identified 44 cases with at least 26 hospitalizations and one death in the  hepatitis A outbreak at thr…

Why snail skin therapy is the new facial trend

Larry and Dianne Vest contracted hepatitis A after eating at Famous Anthony’s. Dianne died Oct. 26 due to complications from the virus.

From left: Tim O’Leary, Dianne Vest, Larry Vest, Lisa Vest, Scott Vest, and Paige O’Leary pose together for a family photo. Larry and Dianne contracted hepatitis A after eating at Famous Anthony’s restaurant and Dianne died Oct. 26 due to liver complications from the virus. Not pictured are Russ and Angie Vest, Larry’s son and his wife.