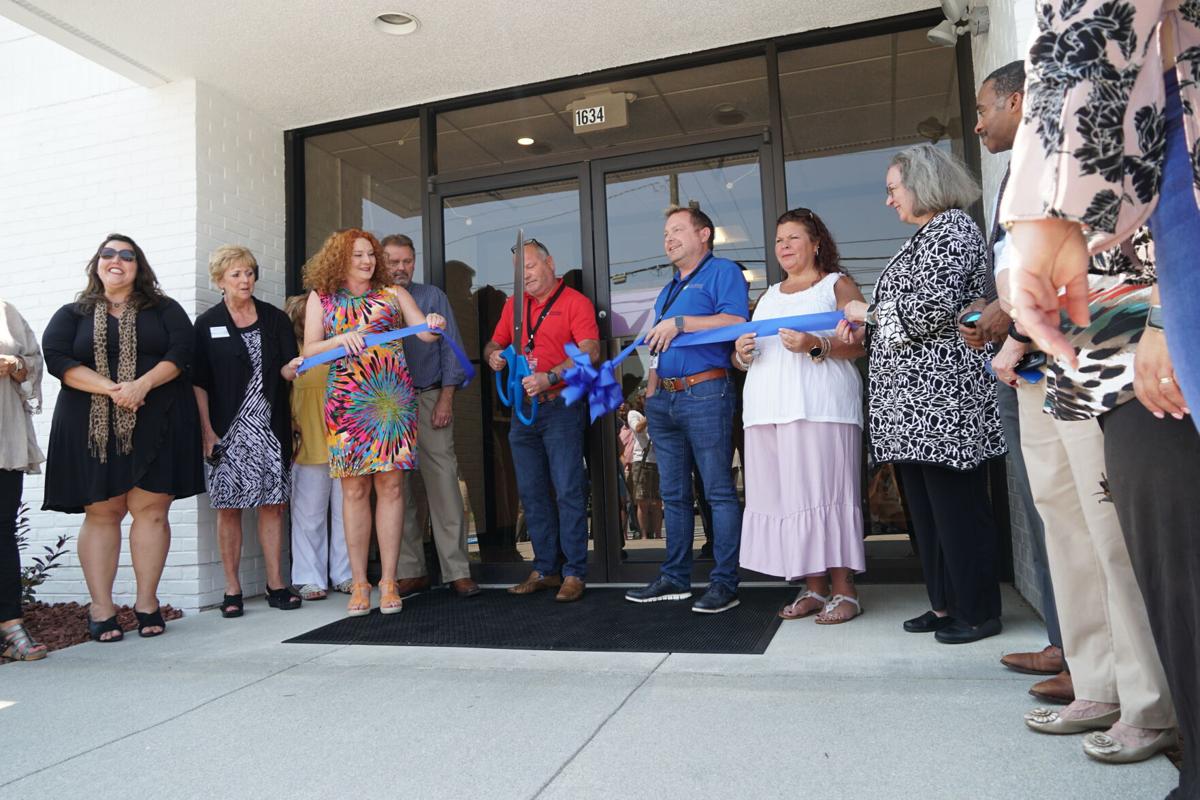 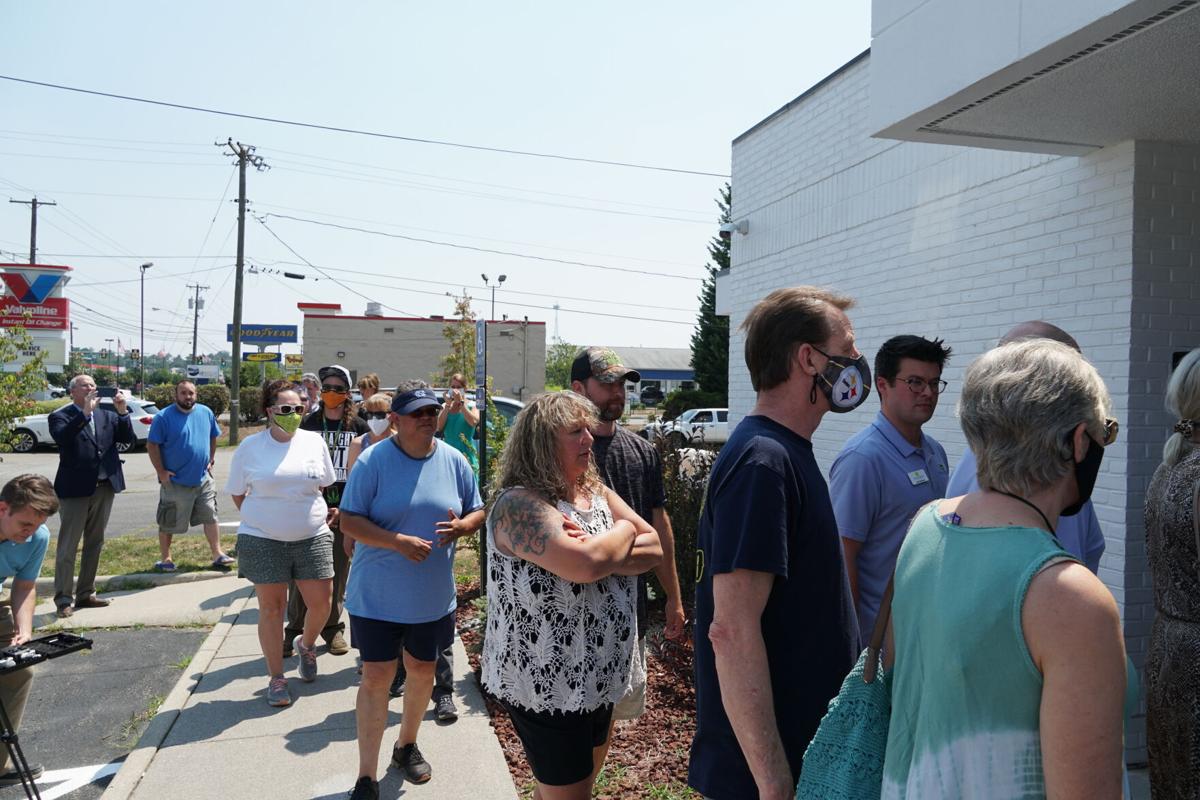 People file into RISE Salem, the Roanoke Valley’s first medical cannabis dispensary, during a ribbon cutting preview on July 28. The store is slated to open this month.

A crowd of 50 or more people gathered outside the former Bank of Floyd building at 1634 W. Main St. on Wednesday, witnessing the ribbon-cutting for RISE Salem. The site will soon open to patients as a retail medical marijuana outlet for Abingdon-based Dharma Pharmaceuticals, said Shanna Berry, strategic leader for Virginia.

“Our patients are anxiously awaiting the store to open,” Berry said to the crowd. “As soon as we get our final inspections from the board of pharmacy, we’re just days away from opening.”

Marijuana grown in Abingdon will be sold at the Salem location, available to anyone with a medical cannabis card, registered through the Virginia Department of Health. Only those with med cards will be allowed inside, Berry said.

“We have drive-thrus… you can walk in, make an appointment, pre-order, and you can also order for delivery,” she said. “We’re very thrilled to be the first offsite medical cannabis dispensary to open.”

The former bank building is painted white, but store signage has yet to appear outside. The interior appeals to minimalism, with a long counter to order at and some display cases showing vaporizers and other products for cannabis consumption.

“This is kind of a model of what the other dispensaries we’ll be opening will look like,” Berry said.

Dharma Pharmaceuticals was acquired this year by Green Thumb Industries, a national, publicly traded cannabis retailer based in Chicago.

People file into RISE Salem, the Roanoke Valley’s first medical cannabis dispensary, during a ribbon cutting preview on July 28. The store is slated to open this month.