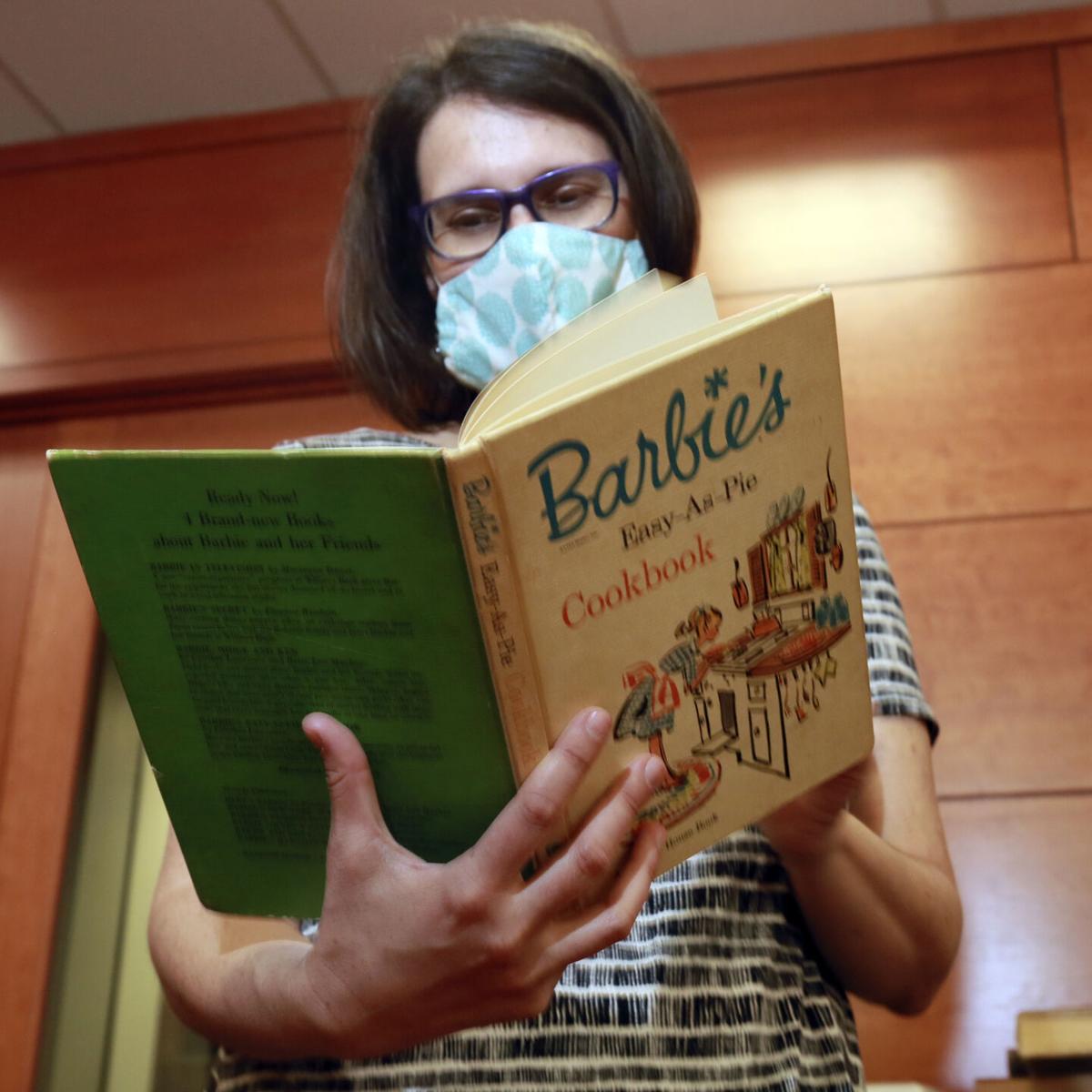 Anna Zeide of the Food Studies Program looks through “Barbie’s Easy-As-Pie Cookbook” from one of 22 boxes donated to the Virginia Tech Special Collections food database. 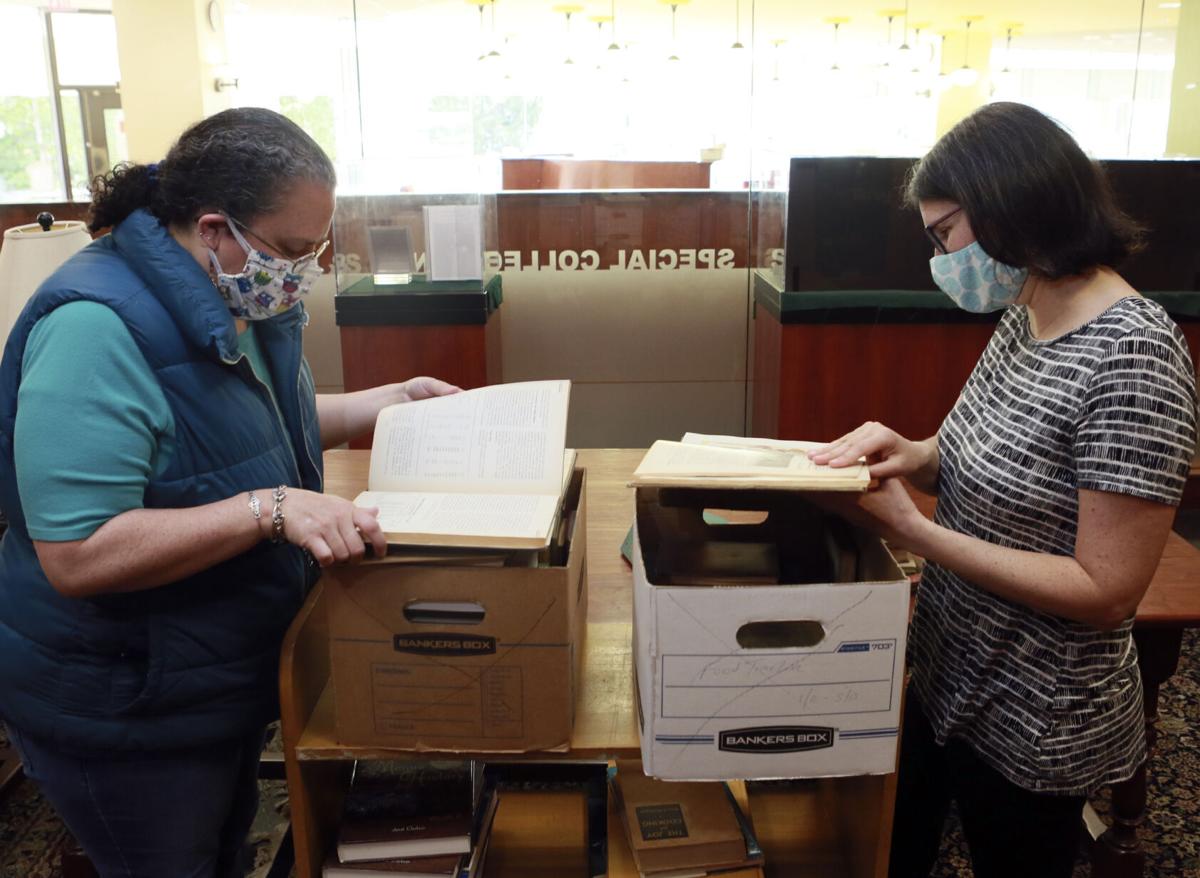 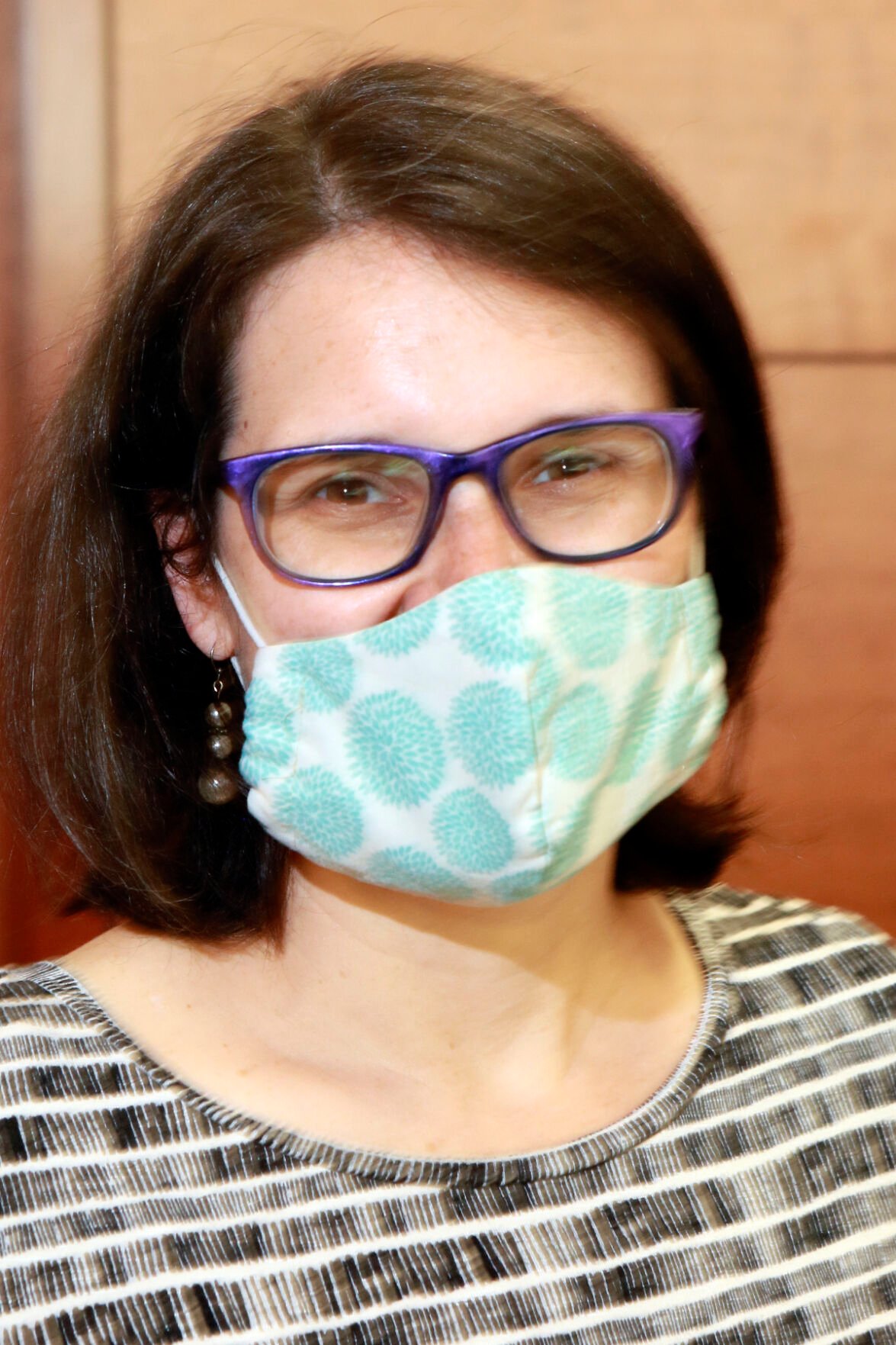 BLACKSBURG — In the beginning, there was water.

And while the Food Timeline didn’t emerge until 1999, this low-tech database documents eating since before the Stone Age through the evolution of agriculture all the way to “Twecipes,” or Twitter recipes.

Now the timeline itself has been preserved through a partnership between Virginia Tech’s Newman Library and the university’s new food studies program. And it will help educate the next generation of food professionals.

“I love this site; I can get so lost on it,” said Kira Dietz, assistant director of the library’s special collections. “The biggest thing for me was making sure this resource had a home where people would be able to access it. But the fact that I get to be a part of it now is just, wow. We have this collection. That’s really happened.”

Created by New Jersey reference librarian Lynne Olver over the last 16 years of her life, the timeline documents food traditions, innovations and recipes using only scholarly sources. “Eater,” a popular online food magazine dubbed it the “Internet’s most incredible collection of food history.”

But until Dietz heard about it and worked with food historian Anna Zeide to bring it to Tech, the timeline’s future was anything but certain.

After Olver’s death in 2015 from a rare form of cancer, her widower, tried donating it to universities and cooking schools, but found little interest, Gordon Olver said.

The family kept the timeline alive, but in a dormant state. It had always more than a database, Gordon said. Lynne tracked its use closely and answered questions from users with a 24-hour turnaround time. Her collection of more than 2,000 food-related books also needed a home, and the family wanted them to go together, he said.

But the timeline languished until last year Dayna Evans of “Eater” wrote about its need for a custodian. That’s when Dietz heard it was available and conferred with others at Tech interested in making a proposal to bring it to the university library.

They weren’t the only ones. After the story published, Gordon said he received about 80 inquires from people and organizations interested in taking over the Food Timeline, but one in particular stood out.

“Virginia Tech was light years ahead of everyone else in terms of what they thought they could do, he said. “And when they described that they would use the food timeline as sort of the basis for the food history curriculum, I thought: ‘This is awesome. This is the best of all worlds.’

“I’m delighted that it’s going to continue,” Gordon said. “I mean Lynne dedicated her life to this.”

Dietz was also excited about Lynne’s book and manuscript collection.

“I think the web resource is probably well known because it was a public resource,” she said. “Whereas the book collection was a private collection. So, bringing it here is going to be the first time that that collection will be publicly accessible.”

That acquisition added more than 2,000 volumes to the roughly 5,000 food-related items already in special collections, Dietz said. The more than 90 boxes of materials collected by Lynne are being cataloged.

The collection was appraised at about $30,000, Gordon said. Some of the volumes are particularly valuable, like a 1936 edition of “The Joy of Cooking” with an inscription: “Merry Christmas to mom from Doris; not that I think you need this book …”

First published privately in 1931 by author Irma Rombauer, “Joy of Cooking” has been in print commercially for more than 75 years, beginning in ’36.

While the coronavirus pandemic has slowed work on the Food Timeline project, Dietz said eventually internships and other opportunities will be developed for students to work with the database and the book collection.

Both resources are expected to be a resource for students in the fledgling food studies program established last year in the College of Liberal Arts and Human Sciences under the leadership of food historian Anna Zeide.

Zeide focuses on food, consumerism and the environment and won a 2019 James Beard Award for her book, “Canned: The Rise and Fall of Consumer Confidence in the American Food Industry.”

Zeide said the book collection will provide students with primary sources for research into the development of the food industry in America.

“There are food journalists and people around the world, who know the food timeline and love it and have for a long time, who probably would never have otherwise browsed Virginia Tech’s Special Collections holdings,” Zeide said.

She said the hope is that now writers, scholars and food lovers will see Tech as a place “to do research in our archives or attend events that we put on or give presentations on the things they’re working on.”

When Virginia Tech "described that they would use the food timeline as sort of the basis for the food history curriculum, I thought: ‘This is awesome. This is the best of all worlds'"

Anna Zeide of the Food Studies Program looks through “Barbie’s Easy-As-Pie Cookbook” from one of 22 boxes donated to the Virginia Tech Special Collections food database.