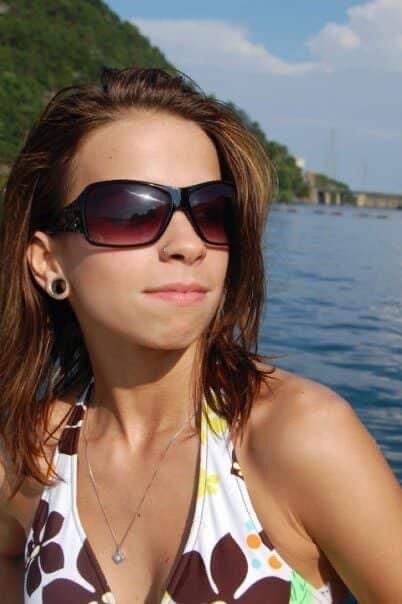 For nearly two years, loved ones have searched for answers about the disappearance of Jessica Darling Dickson. This month, authorities identified her as the person whose remains were discovered in February in the woods around Hollins University. 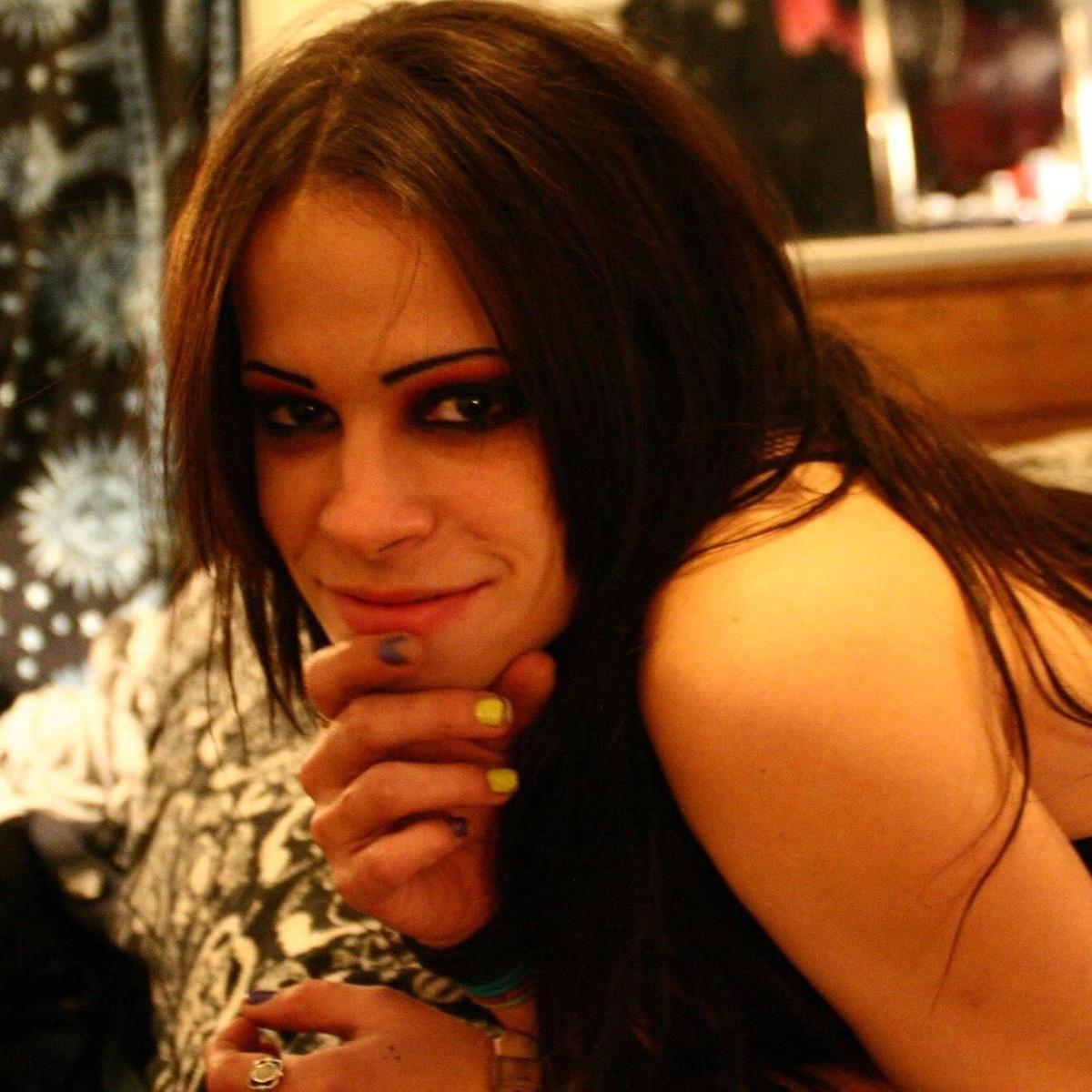 “She was a good person,” said Karin Bostic. “She deserved more than this.” Jessica Darling Dickson, 31, went missing in 2019. Her remains were discovered in February in the woods around Hollins University. 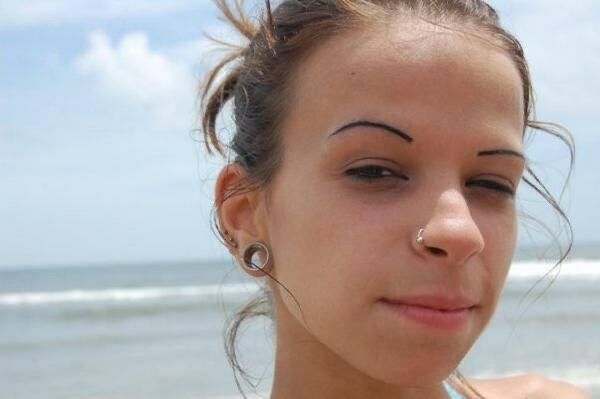 The circumstances of Jessica Darling Dickson’s disappearance and death remain under investigation. Loved ones continue to hope for answers, for a sense of justice, for her. 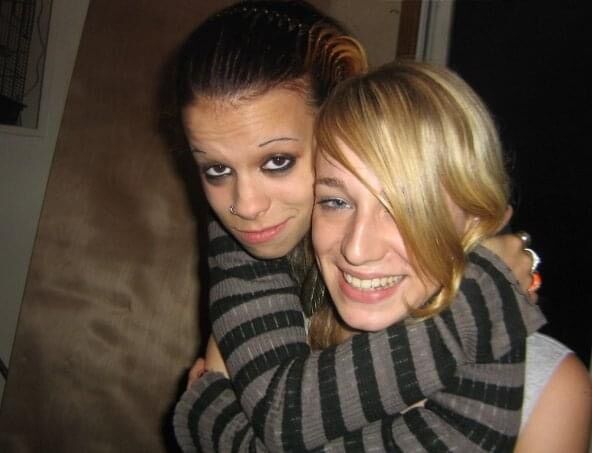 Maria Collette (right) said she hoped her childhood friend would be remembered as someone who meant a great to deal to others — as someone who mattered. “She cared about every person she met,” Collette said. “She deserves some justice.”

Jessica Dickson’s middle name suited her to a T. Time and again, it echoed how friends remembered the vibrant, kindhearted Roanoke Valley native.

“Darling — she really was,” said Brittany Chewning, who in high school often referred to Dickson by the affectionate handle “Miss Darling.”

“Her smile, I don’t think I’ve ever seen anyone with that big of a smile,” she said. “She could be somewhere and laugh, and I swear people from a half-mile around could hear her.

“I don’t think Jessica Darling will ever be forgotten.”

The question of what happened to Jessica Darling Dickson has weighed on the minds of her family and friends for nearly two years.

The petite, 31-year-old woman disappeared in June 2019. A growing sense of dread stole over those who loved her when she became suddenly, persistently unreachable.

It was not like Dickson to ignore messages, even in the most turbulent of times, people said.

“She always found a way to get in contact with me,” said Maria Collette, who became fast friends with Dickson on their first day of preschool.

Collette still remembers childhood summers spent exploring the woods around their Roanoke County homes, Barbie dolls in hand, racing around the trees and hillsides. Collette often playacted tumbling down a slope or a slide on a playground. It was Dickson who would come to her rescue and pull her back to safety.

“She wanted to take care of everybody,” Collette recalled. “She was extremely nurturing.”

In 2019, it was Collette who tried to come to Dickson’s aid, filing a missing person’s report after growing worried by her friend’s uncharacteristic silence.

That silence would continue until this year, when a chance discovery brought the news that many had come to fear.

Two months ago, Hollins University students working on a science project came across human remains in the woods surrounding the campus.

Two weeks ago, authorities announced that the person had been identified as Dickson.

“There’s no rulebook for how you process something like this,” said Karin Bostic, whose daughter was befriended by Dickson in high school.

“Someone said to me, ‘At least you have closure now.’ That’s such an odd word. What is closure? Yes, we know where she is now. But I don’t feel better.

“She was a good person,” Bostic said. “She deserved more than this.”

The circumstances of Dickson’s disappearance and death remain under investigation. Friends said she had no history at Hollins that they knew of.

The medical examiner’s office conducted an exam but the cause of death in the case is still undetermined.

The county police said they continue to actively investigate but no additional information could be released.

Life had not been easy for Dickson for some time. Friends tried to help but felt powerless as addiction and its strife began overtaking her.

She remained, even in hard times, someone who cared about others. Bostic had not seen her in several years when Dickson made an unexpected visit around May 2019 to offer her condolences after Bostic lost her husband.

That was the type of person she still was, Bostic said. She was still that sweet, softhearted kid. But there were also changes in her that hurt Bostic’s heart to see.

“I could tell she needed help,” she said. “I told her that she could stay with me for a while.”

Bostic started looking into treatment centers but every facility seemed to have a waiting list. Still, she hoped.

Dickson spoke of the future. She spoke of wanting a job, of wanting to get back on track, though she wasn’t confident in how to go about it.

On social media, she posted that she just wanted to do something that mattered.

Her stay with Bostic would be brief. Bostic said she came home from work one day after about two weeks and found Dickson was no longer there.

She never learned where Dickson stayed or who she saw after that.

For many painful months, Jessica Darling Dickson was missing. But she was not forgotten.

Friends circulated flyers with her picture and made appeals for information. They started a Facebook page to share updates about the search.

They continue to hope for more answers, for a sense of justice, for Dickson.

“I don’t want it to just be a mystery that’s forgotten,” Chewning said. “She deserves peace. Everybody deserves closure.”

Chewning had lost touch with Dickson some time earlier after moving across the state. But she never lost the connection she felt with the friend who was such a big part of her young years.

In high school, Dickson had a self-possessed cool that made her stand out from others. Funny and charismatic, she had a fearless, alternative sense of fashion, a look that belied her love of Britney Spears and of Hanson long after that group was considered cool.

“She was such a bubbly person,” Chewning said. “She could make friends with a salt shaker.”

That is the Dickson that Collette has been looking back on as she combs through old photos and home movies that captured their friendship.

There is Dickson, age 5, at a birthday party; as a teen with the family cats that she dearly loved; smiling with her late grandmother, Memaw, who raised her.

“I would go to Memaw’s house, and we would just hang out all day,” Collette recalled. “We could talk and talk for hours or even just be quiet together. I can’t really think of many people like that.”

Collette worked to keep in touch with Dickson over the years, to check in on her, let her know that she was there to talk.

Dickson always remembered holidays and birthdays. It’s believed she disappeared not long before her own 32nd birthday would have occurred at the end of June.

Messages and tributes have peppered social media since her remains were found. Memories of high school hangouts at Starbucks, sleepovers, favorite songs.

“She cared about every person she met,” Collette said. “She deserves some justice.”

This fall will bring changes to all schools in Radford. Each school will have new leadership starting in July due to retirements and administr…

Two Tazewell County men were accused of coming to the Christiansburg Walmart to steal robot vacuums.

For nearly two years, loved ones have searched for answers about the disappearance of Jessica Darling Dickson. This month, authorities identified her as the person whose remains were discovered in February in the woods around Hollins University.

“She was a good person,” said Karin Bostic. “She deserved more than this.” Jessica Darling Dickson, 31, went missing in 2019. Her remains were discovered in February in the woods around Hollins University.

The circumstances of Jessica Darling Dickson’s disappearance and death remain under investigation. Loved ones continue to hope for answers, for a sense of justice, for her.

Maria Collette (right) said she hoped her childhood friend would be remembered as someone who meant a great to deal to others — as someone who mattered. “She cared about every person she met,” Collette said. “She deserves some justice.”