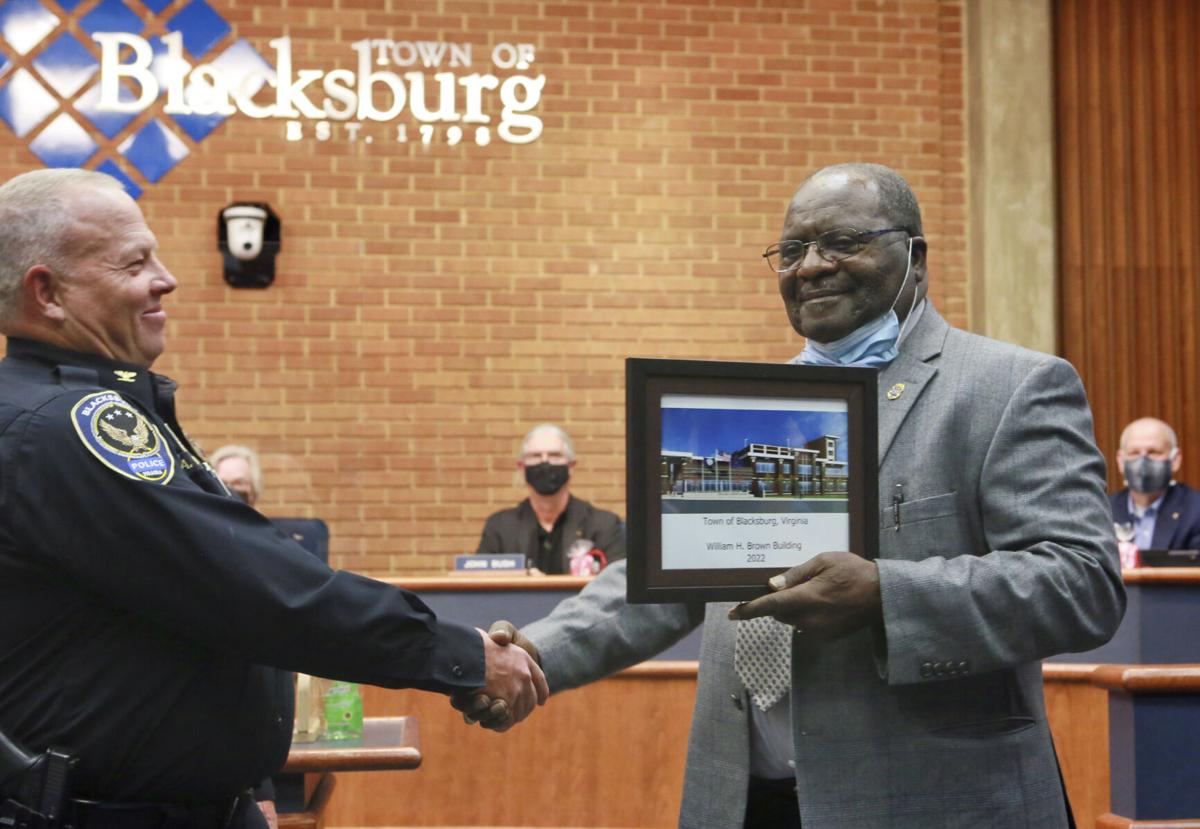 Blacksburg Police Chief Anthony Wilson, left, congratulates retired Chief Bill Brown during a presentation Dec. 14 to name the town’s new station after Brown. He retired in 2006 after 35 years with the Blacksburg Police Department. 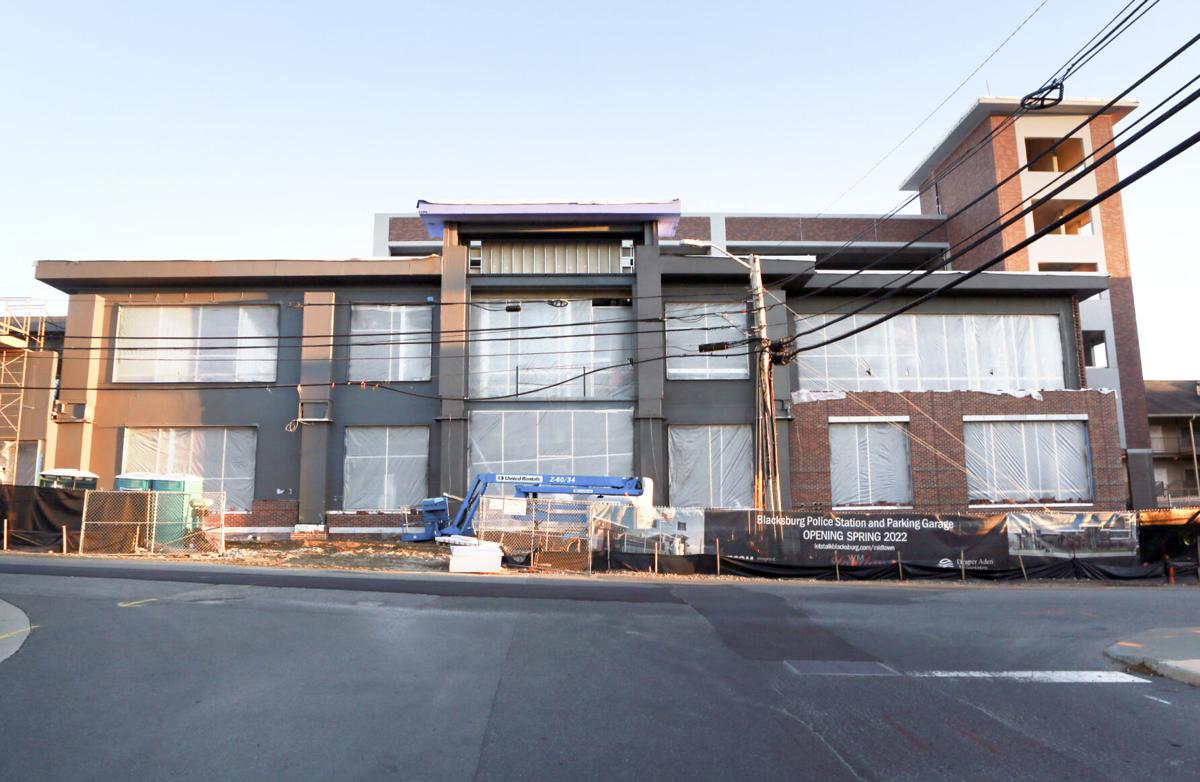 The new Blacksburg police station is located at 200 Clay Street. 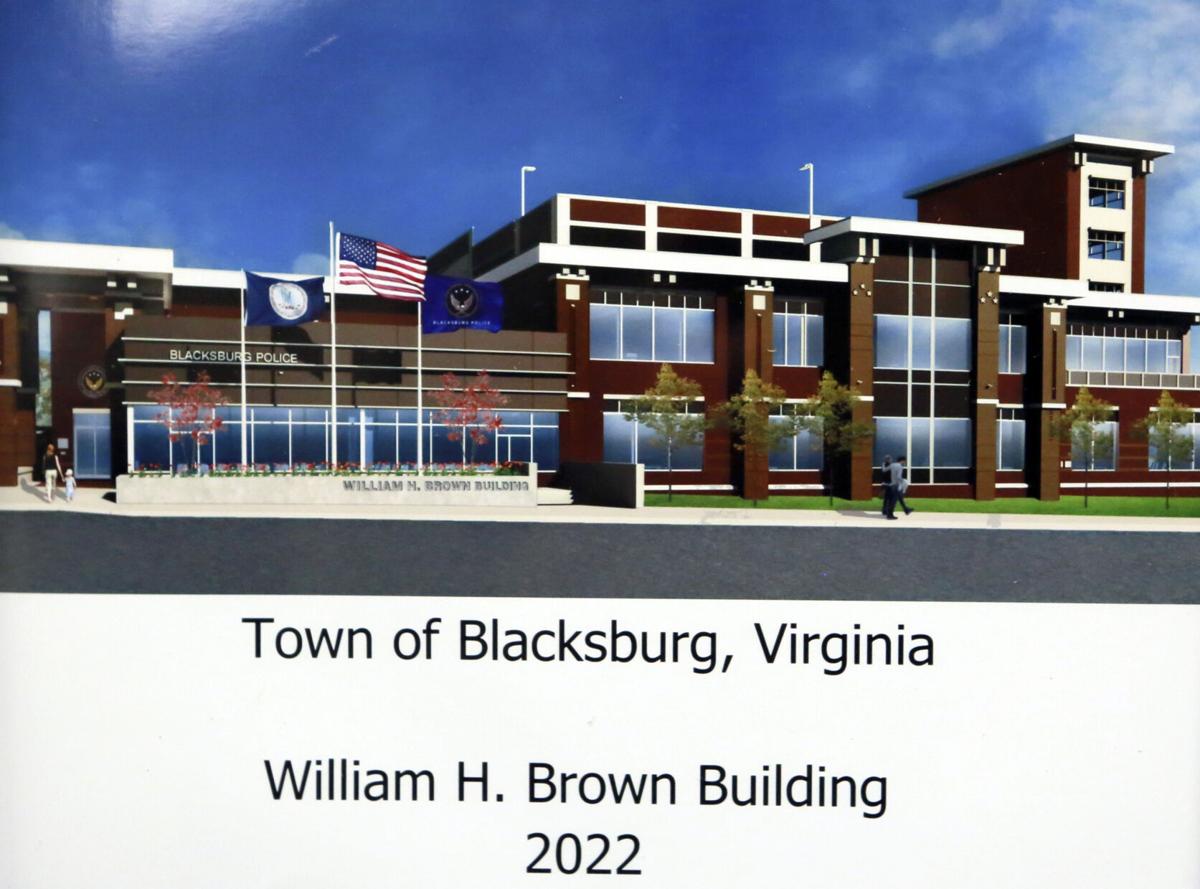 The Blacksburg Town Council named its new police station, shown in this rendering, in honor of retired Chief of Police William “Bill” Brown.

BLACKSBURG — Much of Bill Brown’s storied law enforcement career was commemorated via plaques, patches and other commendations that accumulated at his home.

But Brown, 74, said on Tuesday night that his greatest honor is knowing that the new Blacksburg police station will bear his name — a designation that will help eternalize his name in the community.

“I really appreciate this,” Brown said during a speech in response to the announcement that the new station that is slated to open in the spring of 2022 will be called the William H. Brown Building.

Brown, whom the current Blacksburg police station is also named after, is a well-known and highly respected figure in the Montgomery County community.

A native of West Virginia, Brown moved to the New River Valley as a boy and graduated in 1966 with the last class of the historic all-Black Christiansburg Institute. He then served two years in the Army, returning from Vietnam as a sergeant.

In 1970, he was hired by the Blacksburg Police Department, becoming the valley’s first Black police officer. After rising through the ranks and becoming chief in 1994, Brown retired from the town in 2006. In the next year, he won election to the Montgomery County Board of Supervisors, a tenure that included time as chairman of the elected body.

Brown served on the board of supervisors until 2015 when he decided not to seek a third term.

Both as police chief and as a supervisor, Brown broke more barriers by becoming the first African American to hold those positions in Blacksburg and the county.

Current Blacksburg Police Chief Anthony Wilson spoke about Brown during Tuesday’s event at the town’s municipal building. Wilson said he viewed Brown as a mentor and spoke about how his respect for the former lawman went as far back as his childhood growing up in town in the 1970s.

Wilson said that he could have gone over all of Brown’s accolades over the years, but instead decided to simply recall some of the times from his childhood when he would see the former policeman in the community.

Wilson talked about being at the town’s recreation center with his friends and seeing Brown stop by the facility in his police car. Wilson recalled other children regularly surrounding the car, wanting to talk to Brown.

Wilson said he would also remember people making some comments about Brown “behind his back,” but not derogatory ones, at all.

“This dude is the law, and you better not find yourself on the wrong side of it,” Wilson recalled hearing.

Wilson talked about sneaking out past curfew and him and his friends trying to see if Brown was working that night. He said they would often goad officers into chasing them and that those officers would often not get out of their cars.

“But if Sgt. Brown was working, he’d get out of that car,” Wilson said, adding that Brown was also very capable of catching up with the youth.

And if Brown didn’t catch them that night, he would at least be at their house when they returned home, Wilson said.

But Wilson said those memories, along with when he would eventually work under Brown, served as crucial life lessons for his own time in law enforcement.

“I think he was talking about somebody else, instead of me,” said Brown jokingly in response to the stories from Wilson.

But after the event, Brown said in an interview that he wasn’t really surprised at hearing about how many teenagers and others in the community saw him during those days. He said he would occasionally run into people over the years who would thank him for guidance he gave them in the past, some of which he was told even saved some lives.

“You just want to be like a big brother,” he said. “It’s a good characteristic to have.”

The new police station — an estimated $16 million project — is part of the redevelopment of the old Blacksburg Middle School site. Measuring approximately 38,000 square feet, it will be double the size of the current facility.

Blacksburg Police Chief Anthony Wilson, left, congratulates retired Chief Bill Brown during a presentation Dec. 14 to name the town’s new station after Brown. He retired in 2006 after 35 years with the Blacksburg Police Department.

The new Blacksburg police station is located at 200 Clay Street.

The Blacksburg Town Council named its new police station, shown in this rendering, in honor of retired Chief of Police William “Bill” Brown.