If you were looking evidence of disconnect that currently afflicts America, you couldn’t do better than public statements from two Virginia lawmakers on Thursday. Those came on the first anniversary of the Jan. 6 insurrection at the U.S. Capitol.

One perspective was served up by U.S. Sen. Mark Warner, a Democrat and former Virginia governor. The other comes from from Rep. Morgan Griffith, a Republican from Salem. He served as majority leader of Virginia’s House of Delegates during the same time frame Warner was in the governor’s mansion.

During a remote news conference Thursday, Warner described a “mob of thugs” who broke into the U.S. Capitol “looking for blood, looking for the blood of the speaker, the blood of the vice president and, candidly, would have taken down any member of the Congress or the Senate, Democrat or Republican.”

Those recollections don’t appear to be an unreasonable assessment, given the video and audio all of us have seen and heard since.

We all saw the gallows the insurrectionists brought along to the Capitol that day — and the noose, too. And we certainly heard the chants: “Hang Mike Pence!” and “Hang Nancy Pelosi!”

Even Sen. Ted Cruz, a Trump-supporting Republican from Texas, on Wednesday called the insurrection “a violent terrorist attack.” (Cruz later took that back, a day later, on Fox News, after Tucker Carlson bullied him.)

In a separate interview that night on ABC News, Warner said: “I was on the floor of the Senate, as the insurgents broke in. I saw the chaos that was created. I saw the damage to our Capitol.”

“I find it stunning in my mind that any member of Congress, even the most ardent Trumpite, can somehow put forward that what happened a year ago wasn’t a disaster for our country, wasn’t a disgrace, and [that] we in this nation aren’t still reeling from that event,” Warner told ABC.

We know the damage Warner referenced was real — smashed windows, broken doors, torn down signs, trash left throughout the building. The feces on U.S. Capitol statuary and walls wasn’t smeared by tourists. Some of the rioters stole stuff, too, such as a laptop from the House Speaker’s office. (Allegedly, the thief tried to later sell it to Russian spies.)

Less than two months after the insurrection, in a briefing to members of the House Appropriations Committee, the Architect of the Capitol estimated that repair, restoration and security costs would ultimately cost taxpayers more than $30 million.

Now let’s consider how Griffith views the insurrection, in an interview Thursday on WSET (Channel 13), the ABC affiliate in Lynchburg. He seemed to be describing a very different day on Capitol Hill.

“I was on the House [of Representatives] floor. I was monitoring all the debate that was going on — one of the things I do is monitor parliamentary procedures. And, so I was on the floor when people started beating on the door and that kind of thing.

“I know a lot of people were worried and afraid. I never really had a sense of fear. The Capitol Police came and got us, and said we think it’s time for you all to leave. I complied with their request and we were taken off to an undisclosed location, until a couple of hours later when we were allowed to return,” Griffith said.

“Perhaps if I’d had heard gunfire, or heard some kind of, you know, explosion, that might have gotten my attention. But raucous crowds, beating on doors, while it’s not commonplace, it’s not something that put me into great fear. Primarily because we did have the Capitol Police there.

“And while later I learned they had problems at the perimeter, there’s no question they had us in a cocoon in the sense that they were gonna take care of us, and when they said, ‘Time for us to go’, I followed their instructions.”

There actually was gunfire that day. It came from a police officer in the House. He shot and killed an insurrectionist as she attempted to climb through a window smashed moments before, to get into the House chamber. Apparently, Griffith had already fled it.

Griffith’s correct that he heard no explosions. There were none on Jan. 6. But there were at least a couple of pipe bombs, remember? Thank goodness neither exploded before police found and disarmed them outside the Capitol Hill office of the Democratic National Committee and the Republican National Committee.

Police also found a pickup truck loaded with semi-automatic rifles parked on Capitol Hill that day. Apparently the cops seized them before anyone else could.

And the congressman’s also correct that mobs beating on doors to the Capitol — while Congress fulfills its constitutional duty to count Electoral Votes — is “not commonplace.” That’s a bit of an understatement, though, because it also was unprecedented. Never before in U.S. history has that ever happened.

Then the interviewer said to Griffith that “a lot of people, especially Democrats, want to pin this on President Trump. Do you feel similarly about that?”

Griffith responded: “There were a lot of people there that day. Some were intent on doing bad things. President Trump couldn’t stop that, I couldn’t stop that. Nobody could have stopped that. We have freedom of speech. The president spoke his mind. Um, you know, you can question whether he should have done something sooner or after the fact, when things started, you could argue that.”

Griffith also said he would support Trump for president again if he’s the 2024 nominee.

In other words, Jan. 6 was just another messy day in a democracy.

Anyway, there you have two very different perspectives from two longtime Virginia lawmakers. One’s still expressing his outrage. The other one seems to be shrugging his shoulders.

Which one’s a better assessment? Drop me an email and let me know. 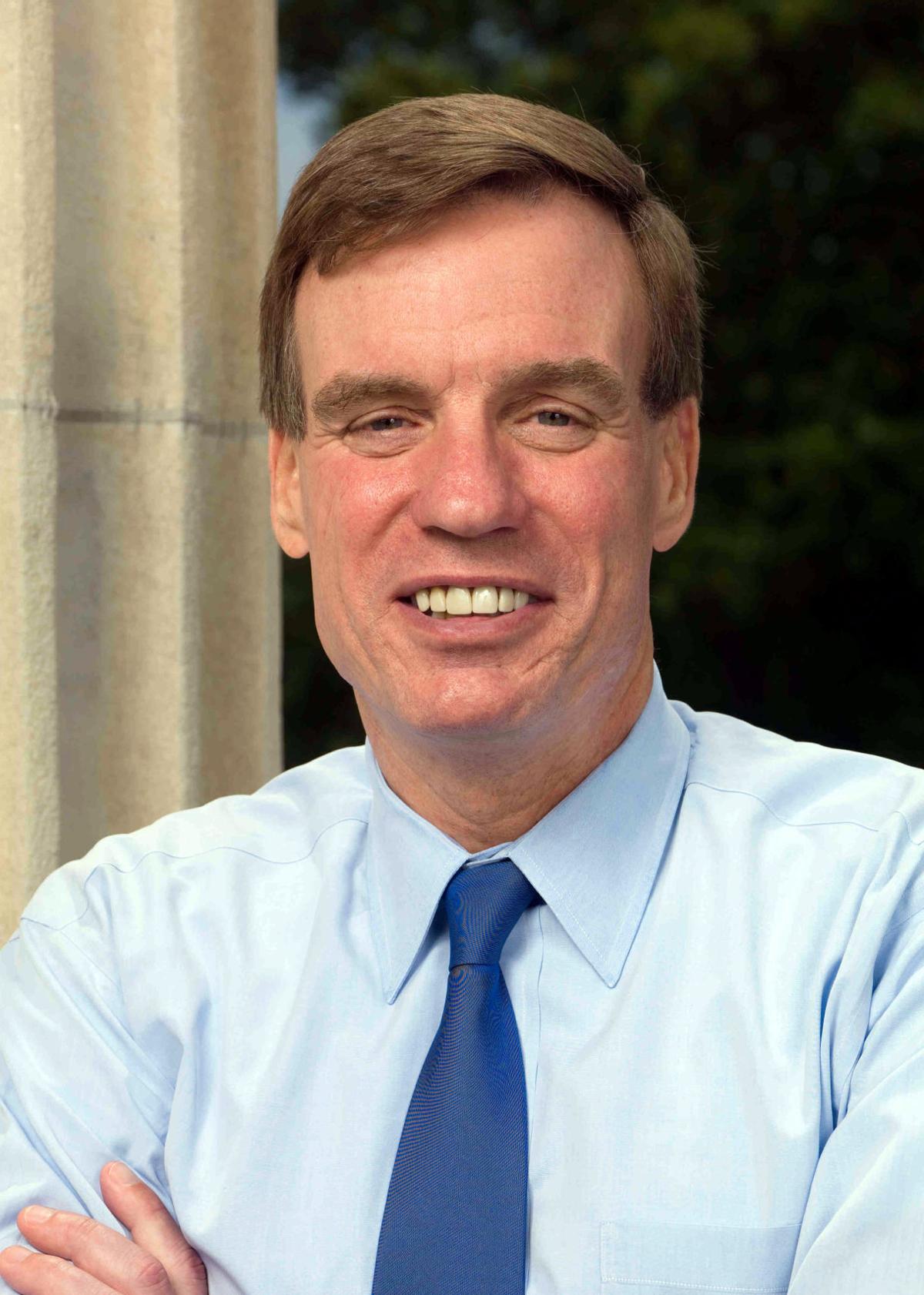 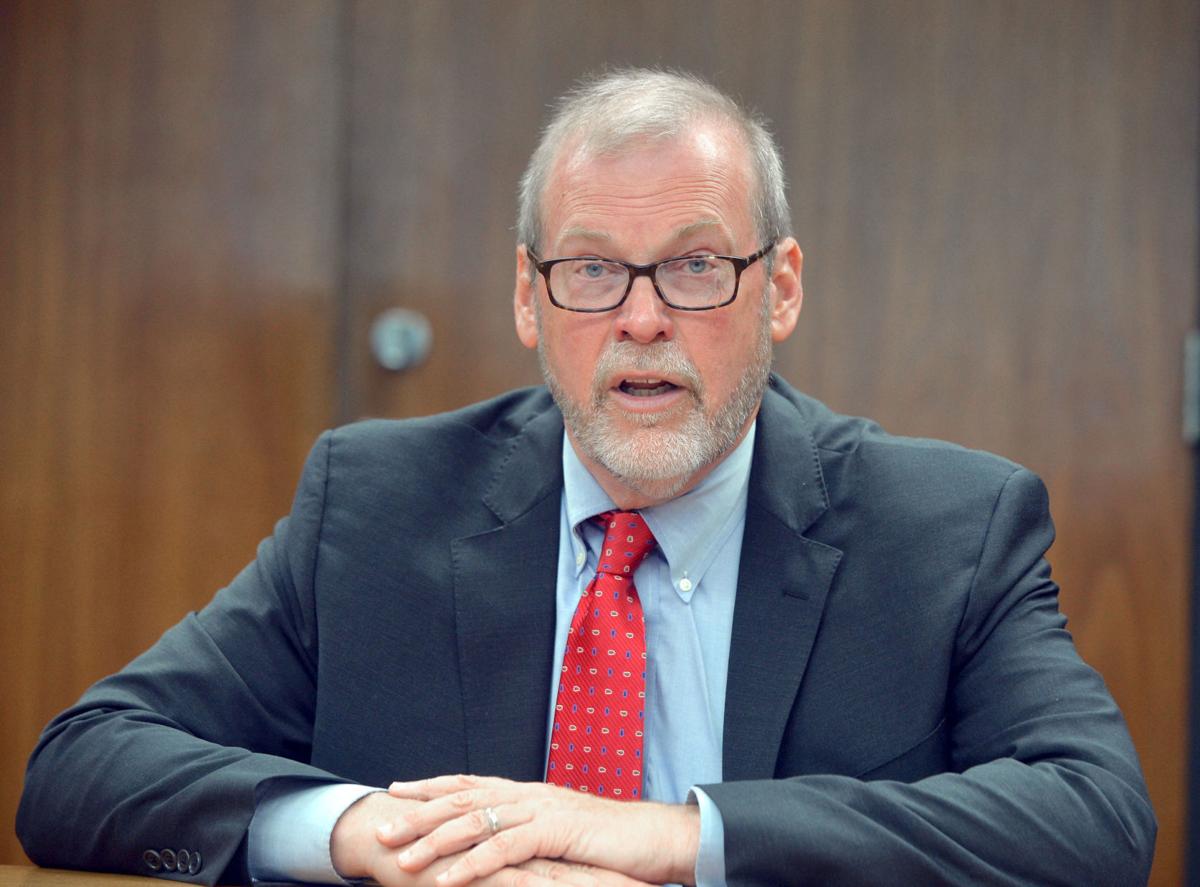