George Allen with Glenn Youngkin in Salem: Liberal agenda must be stopped
74 comments
Share this
{{featured_button_text}}
1 of 4 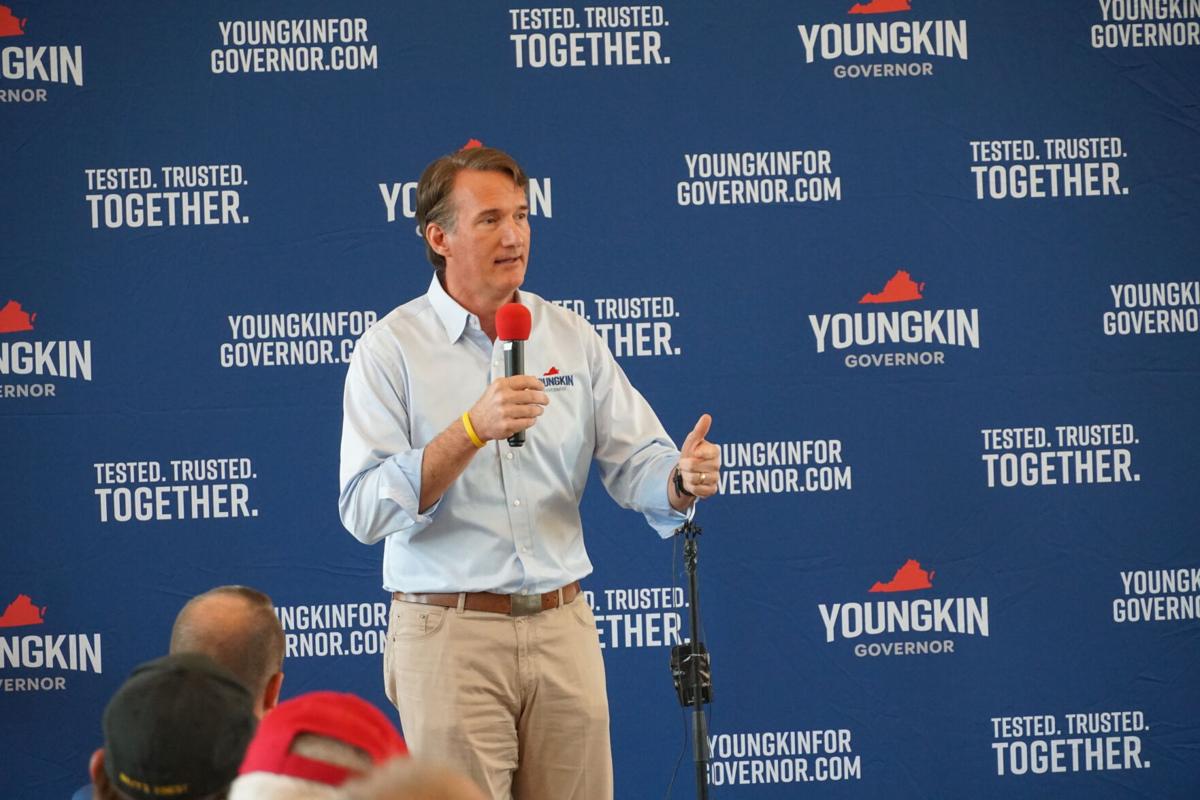 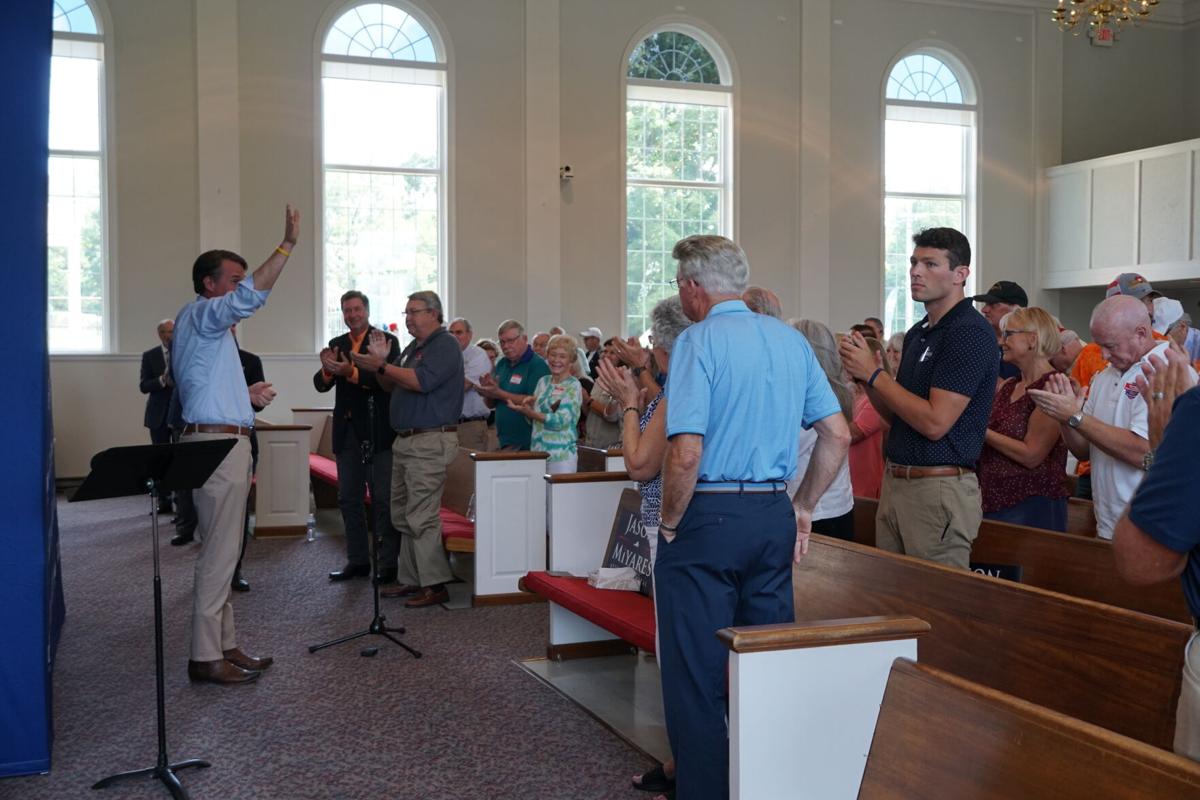 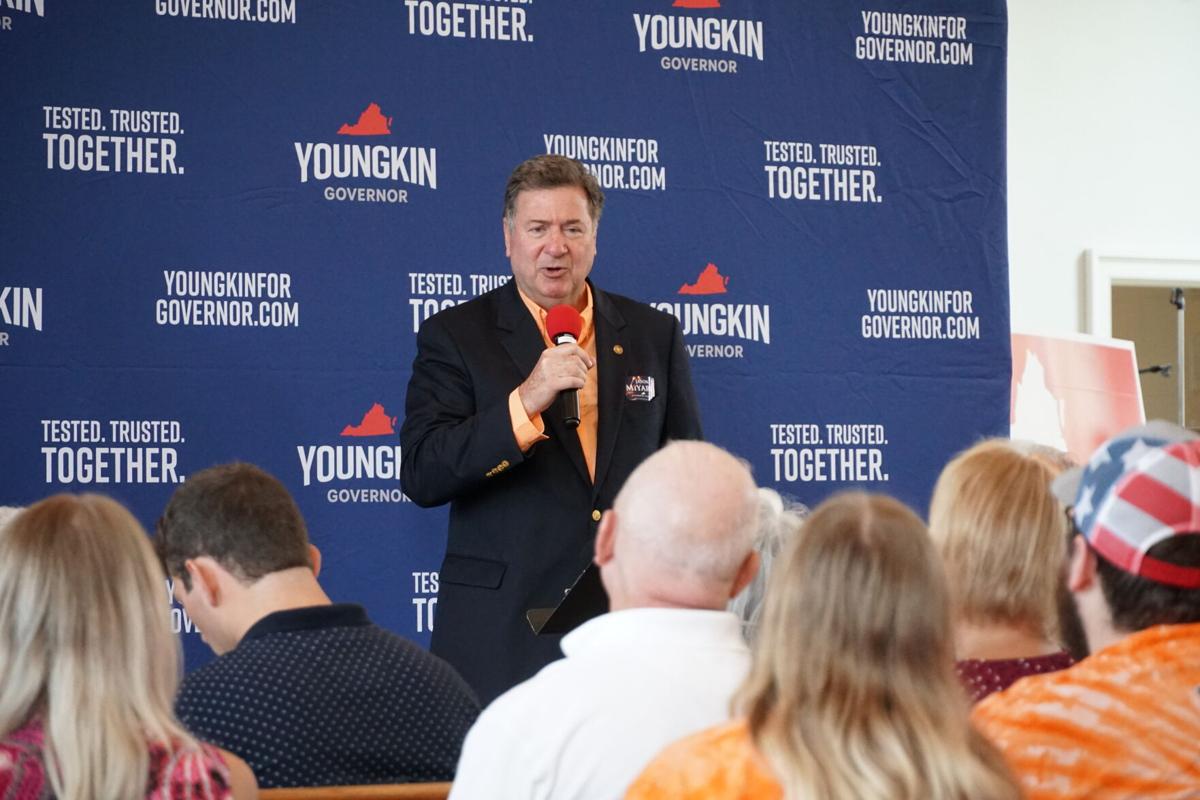 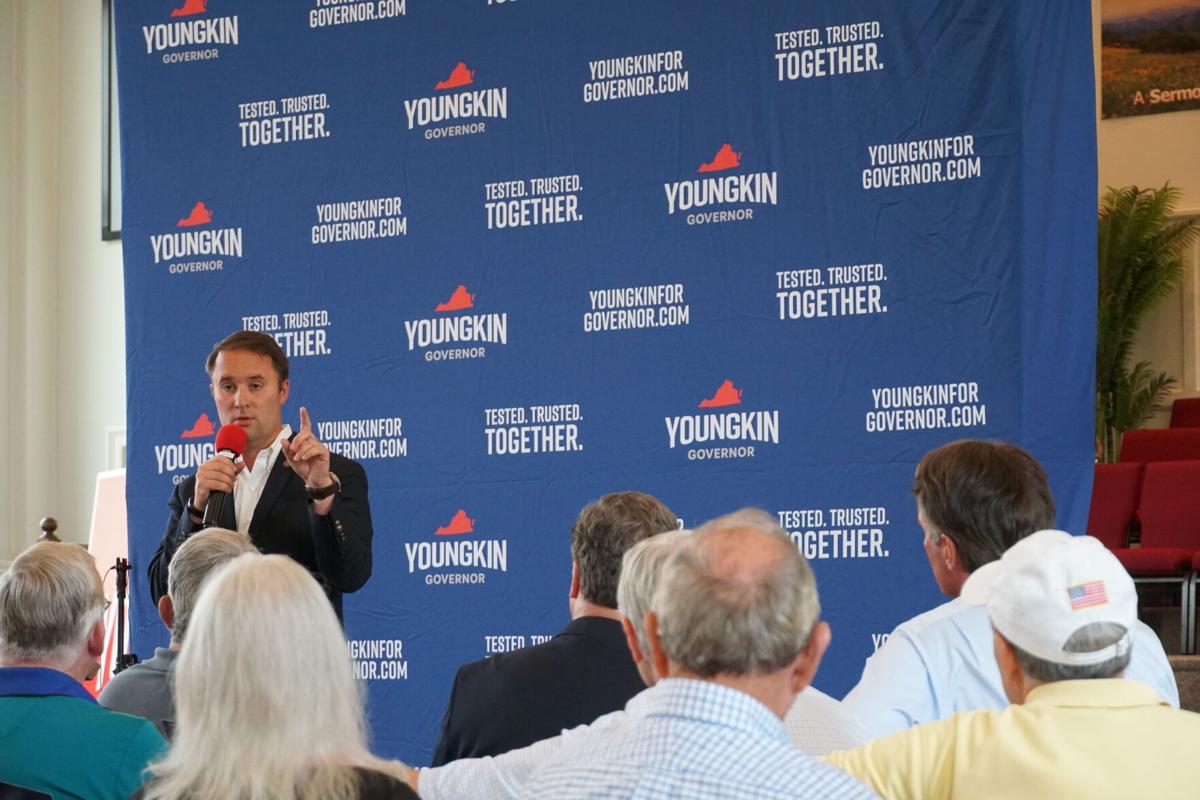 Resisting left-liberal progressivism has become a bipartisan matter everywhere along the campaign trail of Republican candidate for governor Glenn Youngkin, he said during a “Take Back Virginia Rally” in Salem on Thursday afternoon.

“It’s no longer Republicans against Democrats, it’s actually Virginians standing up and saying ‘no,’” Youngkin said. “This left-liberal progressive agenda has actually made it where we’re trying to make Virginia, ‘California East.’”

“They call themselves progressives. They are not,” said Allen. “They are regressive.”

Youngkin said he is overwhelmed by the Virginians coming together everywhere to say this is no place for a California East. It is time to choose a very different path from the past eight years, he said.

“Left-liberal progressives have control of Virginia. They do not want to give it up,” Youngkin said. “They believe that edicts from the governor’s mansion are more important than decisions made in our own homes.”

He said former Gov. Terry McAuliffe, Youngkin’s Democratic opponent in this year’s race, wants to pass vaccine mandates that make it difficult for Virginians to express their personal liberty.

“I actually believe people should get the vaccine. I got the vaccine, and it was a decision I made,” Youngkin said. “But I’m going to respect your decision to make that decision for yourself.”

He said children’s educations are suffering across Virginia, calling it a civil rights issue of the generation and promising raised standards of academic excellence.

“This is what is at stake,” Youngkin said.

On critical race theory, which has recently been a hot-button topic at school board meetings across the state, Youngkin said:

“We’ve allowed a political agenda to invade our schools. We have to teach our children how to think, as opposed to what to think. Let’s just be clear right away: When I’m working for you as governor, we will not allow critical race theory in our schools.”

School officials across the region in recent weeks have responded to an outcry from CRT opponents assuring them that—while they can be upset about it—they should understand that it is not a part of local or state K-12 curriculum.

Continuing, Youngkin said people do not feel safer in Virginia today than they did years ago, attributing that to a “criminal-first, victim last,” justice system, promising to support law enforcement.

Youngkin said he would improve stagnating year-over-year job growth, and encouraged people to bring 10 friends each with them to the polls in November.

The Christiansburg mayoral race: Change or stay the course in a growing town?

The Christiansburg Town Council is set to see the single-biggest shakeup in years and further change could occur depending on who wins the mayoral race.

In a low-key House race, Rasoul faces opposition for the first time since 2014

The chair of Roanoke's Republican committee is running in a heavily-Democratic district.

Tennessee native Tyler Lee, a Ferrum College graduate, was 28 when he was elected to Rocky Mount Town Council in 2020.