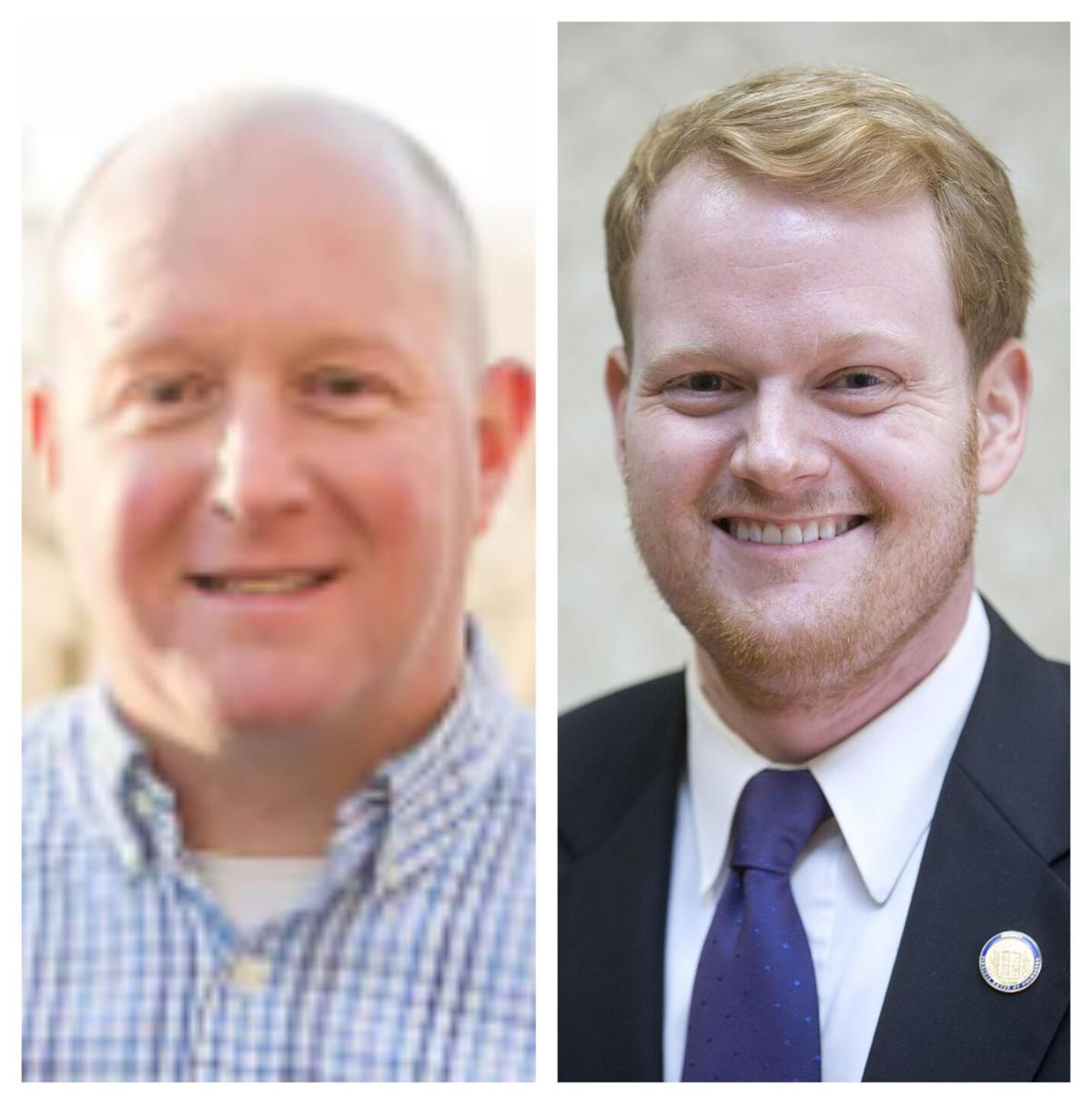 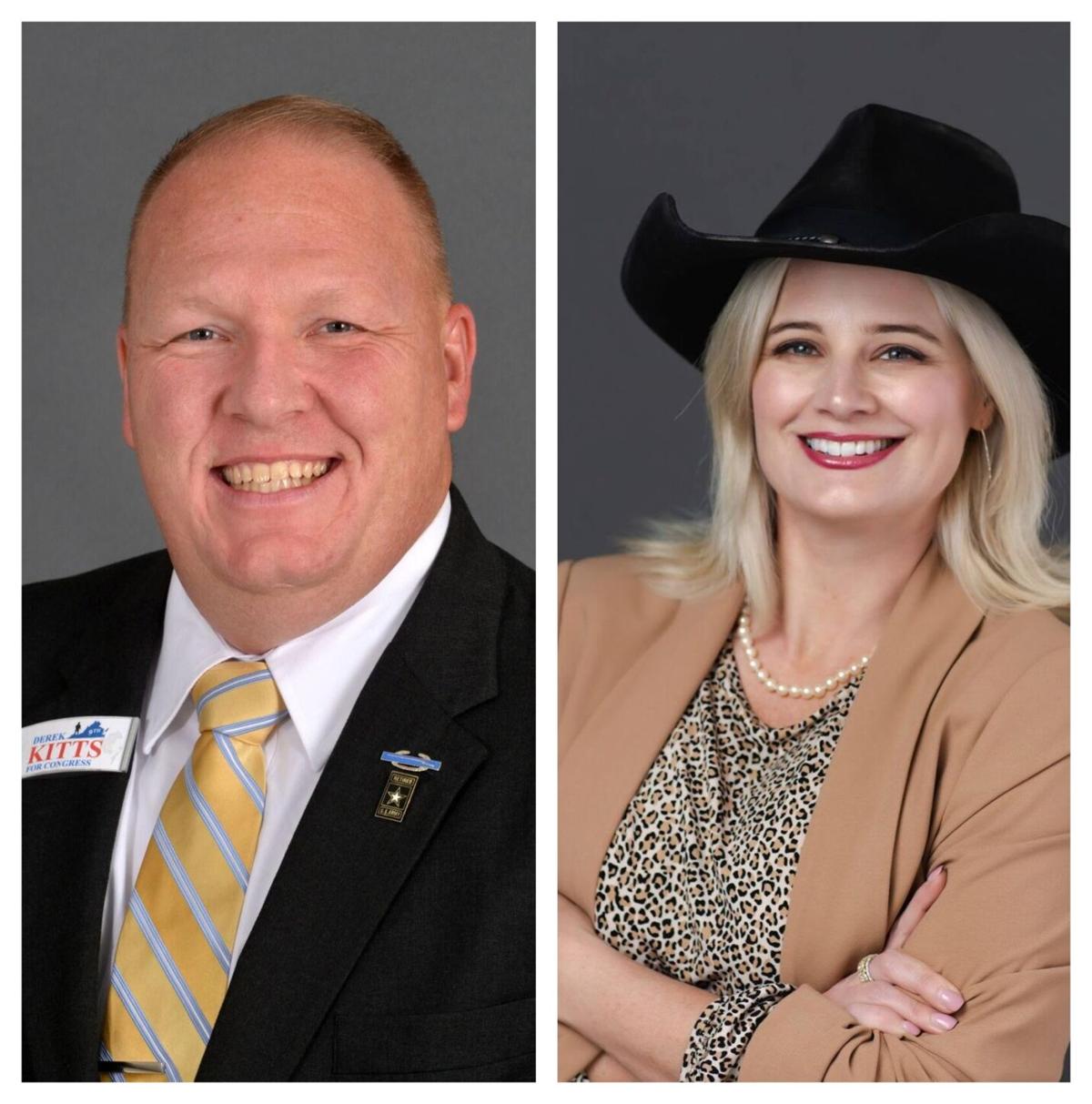 The candidates running for New River Valley state House seats are well on their way to raising more than $1 million collectively, according to the most recent campaign finance figures.

Del. Chris Hurst, D-Blacksburg, who is seeking to defend the 12th District seat that he first won in 2017, has raised a total of $351,735 as of the period that ended in late June, according to the Virginia Public Access Project. That includes some money — between $40,000 and $50,000 — that Hurst, as an incumbent, already accumulated coming into this year’s race.

Just behind Hurst is his Republican opponent Jason Ballard, who has raised $140,171, according to VPAP.

“Our fundraising makes one thing clear: Voters across the New River Valley are with me in my fight to deliver our fair share,” Hurst wrote in an email. “Whether it’s bringing Amtrak to Christiansburg or rewarding our teachers and law enforcement with hard-earned pay raises, I work hard to give the New River Valley the loud voice it deserves.”

Hurst did note in his email that his campaign has raised more than $400,000 — the latest VPAP figures go no farther than the reporting period that ended on June 30.

A portion of Hurst’s funding — about 20% — has also come from outside Virginia, with $22,223 coming from Washington, D.C. His campaign has received $29,995 from individuals and groups in other states, with California leading the out-of-state donations so far with $6,518.

Despite trailing his opponent on fundraising, Ballard said he feels great so far about the campaign donations he’s received and the overall effort that’s been put into his campaign. He also said he doesn’t necessarily plan to outraise Hurst and that it’s not uncommon for incumbents to outraise challengers.

“We appreciate everyone who’s donated to the campaign. We equate that into support for our campaign,” Ballard said. “We’re focused on our campaign.”

Ballard did voice some criticism about some of Hurst’s out-of-state donations, which Ballard said he worries reflects attempts by radical left-wing groups from other parts of the country to further their agenda in Richmond.

Among the top donors for the GOP candidates in the races for 7th and 12th districts are a committee of outgoing Del. Nick Rush, R-Montgomery, and Shelor Motor Mile, whose owners are also prominent holders of property in the New River Valley and have supported several GOP candidates in the past.

The Rush committee and Shelor have donated a total of $36,000 — March and Ballard each received $18,000 from those two groups.

Rush currently represents the 7th District, but announced months ago that he’s leaving the seat.

“I think it’s going really good,” March said about her fundraising. “I just feel like we got an immense grassroots support for our campaign. It makes me really happy. The rural country, hard working people want a voice.”

March is the owner of restaurants Due South BBQ and Fatback Soul Shack, with the former having locations in both Christiansburg and Roanoke.

One notable part of March’s fundraising is that a chunk of her funding is a $40,000 loan to herself. She said that amount was so she could mount a fight during the primaries when it seemed that she wasn’t the GOP favorite.

“They all wanted Sherri Blevins to win. She was a known outcome and they were very scared of me,” March said, referring to her primary opponent who did receive backing from several local GOP figures. “I think they’ve come around since.”

Kitts, a retired Army veteran and small business owner himself, acknowledged the fundraising gap between himself and March, but the Democratic candidate said he believes he’s making wiser use of the funds. Kitts also said that he’s on track to outraise past Democratic candidates who have vied for the 7th district, a longtime GOP stronghold.

Kitts so far has outraised the previous Democratic challenger for the seat, Rhonda Seltz, but his fundraising is still behind the $36,235 raised by Flo Ketner in 2017.

Throughout his campaign so far, Kitts has repeatedly touted his roots to the area and connection to local voters.

“I just want to serve. It’s my home, it’s where I was raised,” he said. “It’s not about being a Republican or Democrat, it’s being able to deliver for your constituents and understanding where they’re coming from.”

Kitts has received donations from current and former locally elected officials. Froggatt, the former Montgomery County School Board member, has donated $1,000 to his campaign, while Blacksburg Councilwoman Susan Mattingly has donated $250 to the Democratic hopeful. School board and town council candidates don’t declare official party affiliations.

The 7th District covers parts of Montgomery and Pulaski counties and all of Floyd County.

The 12th District includes Radford and parts of Montgomery, Pulaski and Giles counties.

This year’s election is Nov. 2.

The voucher issue was part of county supervisors’ discussion over its legislative priorities, a list of measures the local governing body sends to the General Assembly each year in hopes of approval.

A clean energy company’s efforts to bring a wind farm to Botetourt is once again in motion, but the county has the option to take the company to court over a missed deadline.

Three are running for the job.

The measure would provide public school students with a voucher or tax credit to be spent on private school or home school tuition. However, the item being part of the legislative priorities means whether such a measure ever goes into effect rests in the General Assembly’s hands, not the board of supervisors.

The county has the most competitive races of any in the region.

Brandy Campbell and Steve Dean said they have entered the race after becoming disenchanted with board action in recent months.