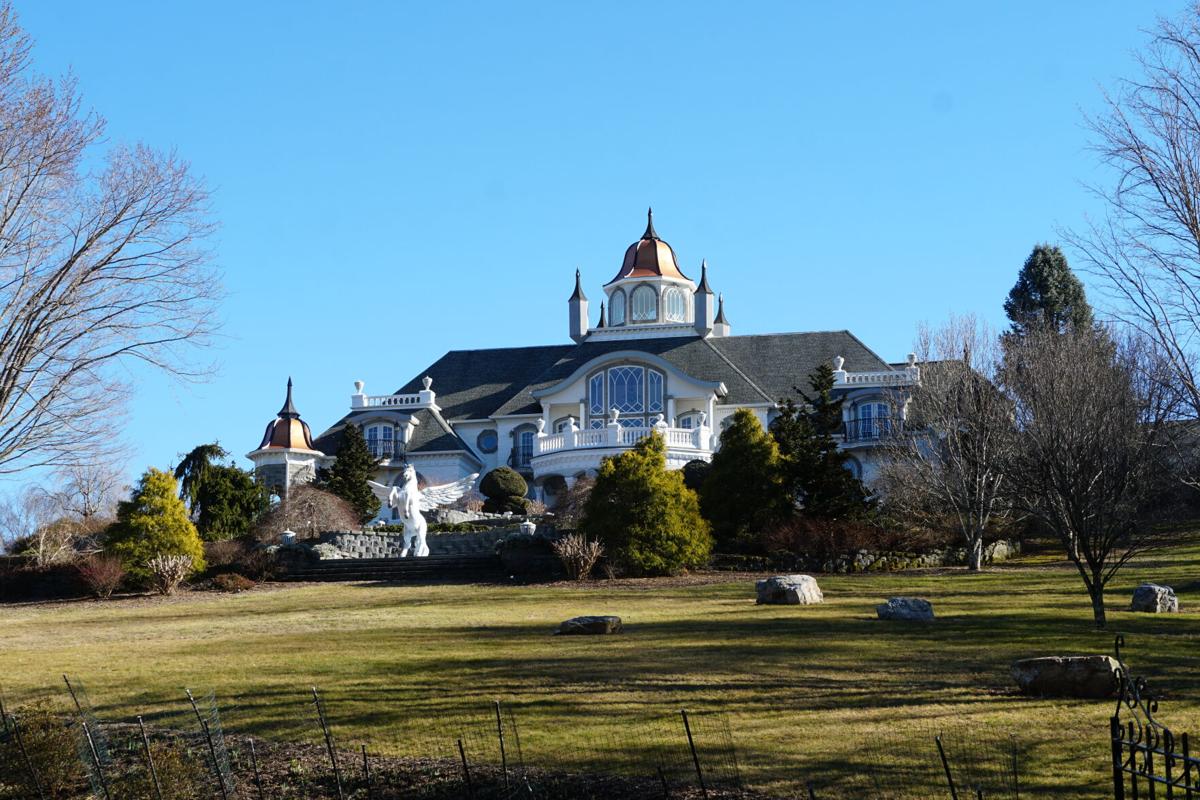 The Reinhardt family said it wants to convert its landmark mansion on 31 acres of Timberview Road, pictured, into a wedding venue. Conditions on Timberview Road are muddying that process. 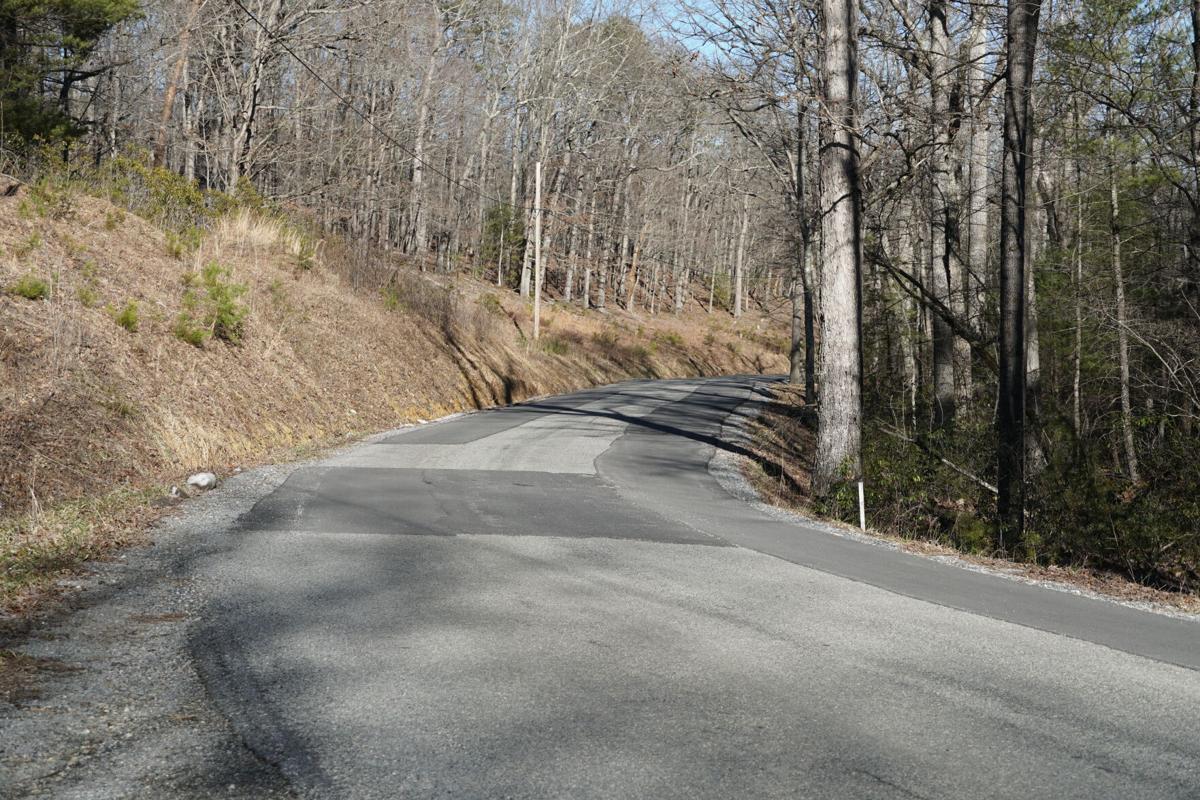 A request to alter its special use permit proposal may signal trouble for a fledgling Roanoke County wedding venue.

After successfully hosting a ceremony last year, the Reinhardt family said it wants to convert its landmark mansion on 31 acres off Timberview Road into a wedding venue, complete by redoing the 4,200 square-foot basketball gym as a chapel to host parties of as many as 250 people.

Brothers Zye and Gaven Reinhardt are game to run the venue, and father Mark Reinhardt is all-in on seeing it through. Other relatives are also on board as contributors to the developing family business.

Problematic to the Reinhardt’s plan, however, is the road on which their home is addressed.

Timberview is an unpainted, twisting, patchy, wooded rural road, barely wide enough to squeeze two cars across, and it's preventing Roanoke County's elected officials from approving a special use permit to allow the family business.

The road dead-ends at an access to Carvins Cove Natural Reserve, a cause for regular traffic. Its curves are also popular with bicyclists.

People are concerned for the safety of sharing the road with two shuttle buses planned to transport wedding guests up Timberview to the Reinhardt residence, said Roanoke County Supervisor Martha Hooker.

While some contacted the county to complain about potential for nuisance, Hooker said most were concerned about Timberview Road itself, anticipating a general increase in traffic, guests driving to and from the venue after consuming alcohol and shuttle buses potentially running drivers off the narrow pavement.

“It is all coming around the traffic issues,” Hooker said. “That is almost exclusively what our phone calls and emails have been about.”

“I’m surrounded by neighbors who are relatives, friends, patients,” said the retired dentist. “They all approve of what we’re doing.”

But Hooker remained concerned, noting that regardless of the venue’s presence, safety needs to be addressed on Timberview Road.

“There’s still a lot of resistance, from what I’m hearing,” Hooker said. “I really want to endorse it, except for this road.”

The Roanoke County Board of Supervisors asked if Reinhardt would be willing to alter his proposal, including other methods for guests to access the property, perhaps by connecting a new driveway instead to a neighboring road not named Timberview.

The Reinhardts agreed to reassess ingress and egress onto their land, and the matter was tabled indefinitely late Tuesday night.

The six-hour board meeting began with an afternoon session at 3 p.m., when the following county business occurred:

Roanoke County is now in possession of five parcels in the Cave Spring area, totaling 2.5 acres, after the board of supervisors approved an agreement to take the land from the Virginia Department of Transportation.

Once a new VDOT headquarters structure is built by 2024, the agency will no longer need a small maintenance yard on the parcels at Old Cave Spring Road, just off Brambleton Avenue, across from the Kroger Gas Station.

Owning the 2.5 acres on Old Cave Spring Road facilitates access to a 4.3-acre parcel on Brambleton Avenue, a plot that “could provide a desirable location for business,” county documents said.

“At present, the combined tax assessed value of the properties is $681,200,” Caywood said, noting that the county would be reimbursed for that amount by whatever entity purchases the land for development.

Supervisor and former Roanoke County Attorney Mahoney said the county went through a convoluted process to draft an ordinance with conditions for the agreement, because the state and VDOT did not play fair during past projects.

“I still don’t trust the commonwealth,” Mahoney said. “In the future, I want to be able to use it to bang them over the head with.”

A rift in redistricting

Presently, there is not much the county can do on redistricting, despite a legal requirement to assess districts every 10 years using the latest census data, Lubeck said.

“At this time, population and percentage changes for each precinct in the county are not available,” Lubeck said. “It is anticipated that such information will be forthcoming in September 2021.”

Supervisor Phil North said 2021 primary elections would occur using the old district lines, and wondered if that would mean the three supervisors and other officials who are elected this year will have to run again when new districts are approved.

“At this point in time, we don’t have ready answers,” Lubeck said. “We are crossing our fingers that a reasonable solution would be reached that would not disservice elected officials. At this time, we await guidance from the state.”

Until that guidance from the state arrives, Roanoke County’s supervisors decided to indefinitely postpone redistricting action.

Also during its meeting Tuesday, the Roanoke County Board of Supervisors created a towing advisory board to regulate police-initiated towing.

More than 300 homes and 26 home-based businesses in the Windsor Hills, Cave Spring and Catawba districts have been identified to receive internet access in the next two years.

End of the line for Roanoke Valley's trash train

The way the Roanoke Valley transports its trash to the regional landfill will change with the closure of the nearly 30-year-old trash train in favor of heavy trucks.

On the Record: Government meetings for the week of April 19, 2021

A Springwood man has entered the race for the Botetourt County Board of Supervisors.

“If Roanoke County ruled against us for whatever reason, I would say we had our day in court, we lost and we'll deal with it," a plaintiff said.

The Reinhardt family said it wants to convert its landmark mansion on 31 acres of Timberview Road, pictured, into a wedding venue. Conditions on Timberview Road are muddying that process.