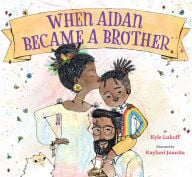 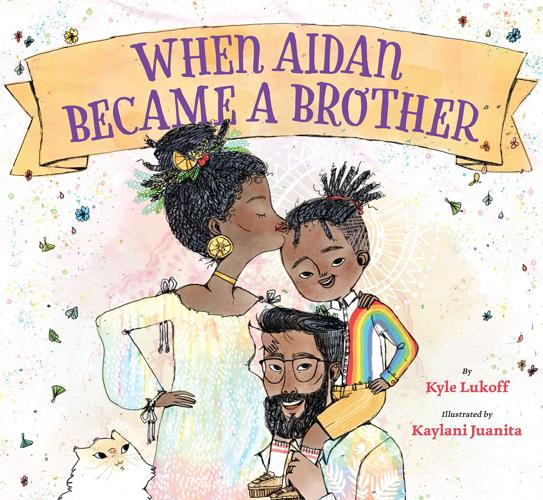 County school leaders are considering new procedures for adding books and other media to school libraries, a revised process for parents who want books removed from circulation, and updated guidelines for teachers on classroom discussions.

The book in question, “When Aidan Became A Brother” written by Kyle Lukoff was challenged by a parent for reasons not explained by the school system.

It is about a transgender boy in an African American family who wants to be a good brother to his new sibling that has yet to be born.

Aidan tells his parents of concerns about his new sibling going through the same things he did as a child when his parents thought he was a girl.

The parents quell those feelings by telling him they will love their new child and accept them for who they are, just like they did him.

In November, after a parent complained to Horn Principal Julie Sandzimier, then filed a formal request for the book to be removed from circulation, the book was reviewed, according to Lionberger.

Librarians from an elementary, middle and high school reviewed the request and decided the book should remain in circulation. But an appeals group composed of three community members overruled the decision, and the book was removed from circulation.

Of the three appeals committee members, one was selected by the parent, one by Sandzimier. The third member was selected from a list of five people provided by Tim Greenway, the board member in the Vinton District where Horn Elementary is located.

The two committee members picked a third member from the pool of candidates Greenway recommended, Lionberger wrote in an email.

Now “When Aidan Became A Brother” is only available for parents to check out from the guidance office at Horn Elementary, Lionberger said.

To the best of his knowledge, Lionberger said, no other books have been requested for removal at any other schools in the county district.

The proposed media policy has essentially been entirely rewritten. Some of the main changes specify selecting media for students which “provides differing viewpoints on controversial subjects.”

Two librarians must read and review media before it is added to the catalog, and one librarian must do the same at the secondary level.

If the books are approved by all librarians in the elementary and secondary schools, it will then be added to the library database for parents to review for two weeks before being officially added to the school catalog.

Additionally, there is now a second level for requests for removal if the parent or parents object to the decision made by the first review committee.

This second level would require each school board member to appoint a parent from the same level as the school in which the complaint originated. The second committee then makes a recommendation that goes through a lengthy process before ultimately deciding if the original decision should be reversed or upheld.

A retired librarian for the county school system, Beth Via, said the new procedures would put librarians in an unmanageable situation.

She said in addition to teaching classes on most days, on days librarians are not teaching they have other duties maintaining the library and also occasionally filling in as substitute teachers.

“A school can get hundreds of new books per year,” she said. “It is unreasonable to expect them to read every book ordered in addition to their other duties,” Via said.

The proposed policy does state librarians can outsource some of the reading and reviewing process to Roanoke County Public Schools teachers.

Via said she believes the new policy could lead to fewer books being ordered by librarians, adding that many book distributors object when books are bought and then sent back on a regular basis.

When asked if the book “When Aidan Became A Brother” precipitated the proposed change in policy, school board Chairman David Linden said “he could not speak to that.”

Mike Riley, the district’s executive director of secondary education, said the regulations were reviewed in part because the school system didn’t want “librarians on an island.”

“We wanted to make sure there was some collaboration … We want librarians collaborating to add to the collection,” he said.

Riley also said the new policy was drafted in collaboration with a committee of librarians in the district.

However, a recommendation of new procedures by the committee of librarians obtained by The Roanoke Times lacks a read and review procedure, and also does not recommend the review policy for books that the administration is proposing.

When asked if it is standard practice to rewrite entire policies each year, Riley said it depends on the policy. How dated the policy is can also play a factor, he added.

Riley said the media policy was first written in 2001, and school documents show it was updated in 2014.

Lionberger said the new instructions adhere to guidelines teachers already follow. But “given the current political climate,” the school system believed it necessary to add them to the policy manual.

The main takeaway from the proposed regulation is “unless a difficult or controversial topic is specifically and directly linked to a Virginia Standard of Learning or the curriculum adopted for a particular class or course, the teacher avoids raising or engaging with the topic,” according to school system documents.

The proposed regulation defines a controversial topic as one where “public opinion is divided and evokes strong opinions and emotions on each side, or a sensitive topic that is typically not addressed with children in a school setting.”

There has been much state and national attention surrounding the supposed teaching of critical race theory in K-12 classrooms, but the topic is only taught at higher education institutions, usually at the graduate level.

CRT as it is often referred to, is defined by Britannica as an “intellectual and social movement and loosely organized framework of legal analysis based on the premise that race is not a natural, biologically grounded feature of physically distinct subgroups of human beings but a socially constructed (culturally invented) category that is used to oppress and exploit people of color.”

Linden said the new regulations have yet to be updated in the policy manual and will be voted on at a later meeting. However, Lionberger said the changes do not require a school board vote.

A full, detailed list of all the updates to the policy manual can be found on the school system’s website by clicking on the “school board” tab and then the link to the “meeting agenda and minutes” page.

Near the end of Thursday’s school board meeting, when the policy manual changes were presented, Cheryl Facciani, the Windsor Hills District board member, praised the board “for making things better,” noting the policy changes among some of its recent accomplishments.

“I think we are on the right track,” she said.

Facciani, who is in her first year on the board, has been at the forefront of polarizing issues like leading the vote for children to not have to wear masks in school, which the board had to go back on in early January, as well expressing her approval of the removal of sexual behavior questions for seventh and eighth grade students on the biannual youth risk surveys.

Linden said the board has not had much input on the updated policies, and the changes proposed did not come from requests by board members.

“We’ve been made aware, but not overly involved. We were not on any committees,” he said, also noting, “We as a board want to know what books are in our libraries.”

A change in the Roanoke County school system’s media policy prompted a debate and concerns, including from the division’s head librarian, acco… 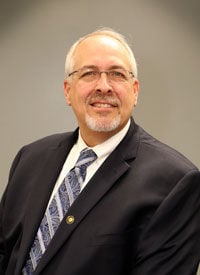 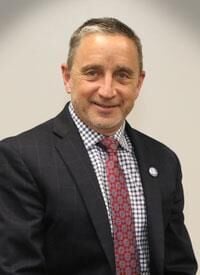