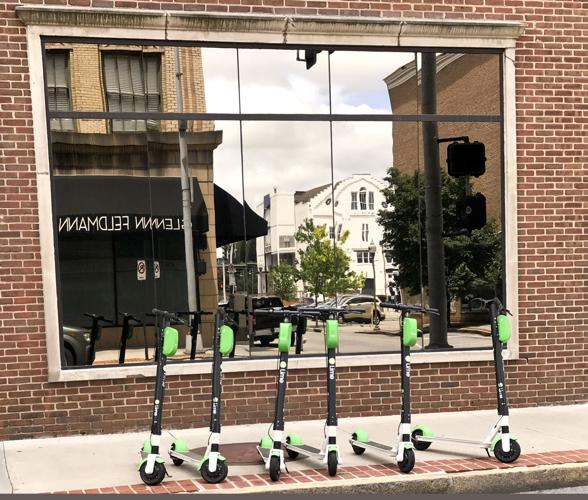 A row of Lime scooters sits at the corner of First Street and Campbell Avenue in downtown Roanoke awaiting a renter. Salem is talking with a company about a plan for scooters. 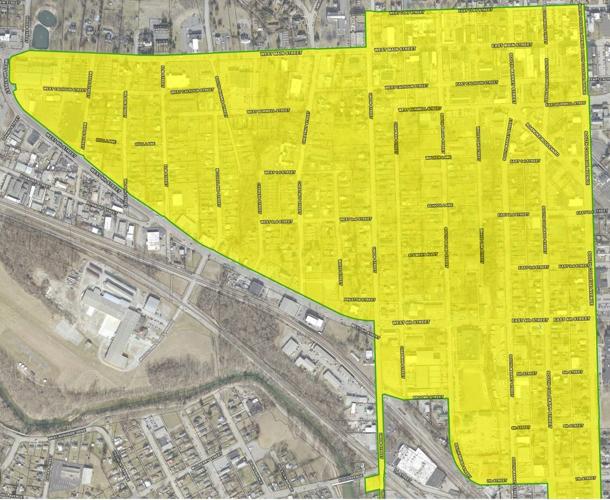 A preliminary map of where electric scooters might operate in Salem.

Salem is in the process of joining surrounding localities in allowing rentable, electric scooters for citizens to ride in parts of the city.

While the City Council passed the first reading of an amendment to its traffic and vehicles ordinance to allow the scooters in the city at its meeting earlier this week, the process is far from finished.

Salem officials are still working out many of the details on how the pilot program authorized by the state would work and just where exactly the scooters would be allowed to operate, according to Crystal Williams, executive secretary to the city manager.

The city was approached by Lime, an electric scooter sharing company that also operates in Roanoke.

A Lime representative wrote in an email that the company is excited to work with the city going forward.

“Lime has been working with the City of Salem for over a year to determine the best way forward for the City … We look forward to continuing the conversation and, if permitted, providing the high-quality and reliable service that people have come to expect from Lime,” Jacob Tugendrajch of Lime wrote in an email.

Williams said talks with the company are still in the infancy stages, but she expects city officials to begin discussions on what the service entail.

“We want to meet with them and see what their needs are and how we can work with them going forward,” she said.

Salem has a preliminary area in which the scooters would be operational, but that has yet to be finalized as well, Williams said.

The proposed service area has a perimeter along West Main Street from the duck pond up until around Mac and Bob’s, before heading south down College Avenue past Andrew Lewis Middle School, then turning west on Eighth Street and finally connecting to Fourth Street all the way back to the pond.

The map is subject to change as plans move forward, according to Williams.

Council members at a work session earlier this month discussed where exactly the scooters should be allowed to operate, worrying that they could be left on sidewalks and other inconvenient locations around the city, as they’ve seen in neighboring localities.

Wherever the parameters for service are set, it will be monitored by using geofencing, a location-based service in which an app or other software uses GPS to slow the electric scooters once out of the designated area.

For example, when using the scooters in Roanoke, with the machines that can typically reach speeds of 15-20 MPH, someone going outside of the service area would see their scooters slow to speeds akin to walking.

The scooters are typically activated by a smartphone app and users pay a fee. Riders just leave the scooters at their destination for another user to find and ride.

While popular, the scooters have come with controversy over users leaving them to litter city sidewalks and having accidents that land them in emergency rooms.City officials say they hope to combat the litter issue by having corrals throughout the service area where the scooters are to be kept when not in use.

The pilot program is expected to last for approximately a year and City Manager Jay Taliaferro believes the scooters will be available in the coming months.

“We anticipate that it will take us a month or two to get all of the pieces in place on our end,’’ he wrote in an email. “At that point, it will be up to Lime to determine a start date, but I would anticipate the pilot program would be in motion by spring.”

Salem City Council will likely consider final passage of an amendment to the ordinance at its Feb. 14 meeting.

Roanoke has had Lime scooters in parts of the city since October 2019.

A land trust is one measure that’s being discussed.

Citizens weigh in on future roads, land use in Bonsack

Roanoke County is asking its citizens to help plan future connectivity and land use possibilities for Bonsack — one of the fastest growing areas in the county.

A row of Lime scooters sits at the corner of First Street and Campbell Avenue in downtown Roanoke awaiting a renter. Salem is talking with a company about a plan for scooters.

A preliminary map of where electric scooters might operate in Salem.