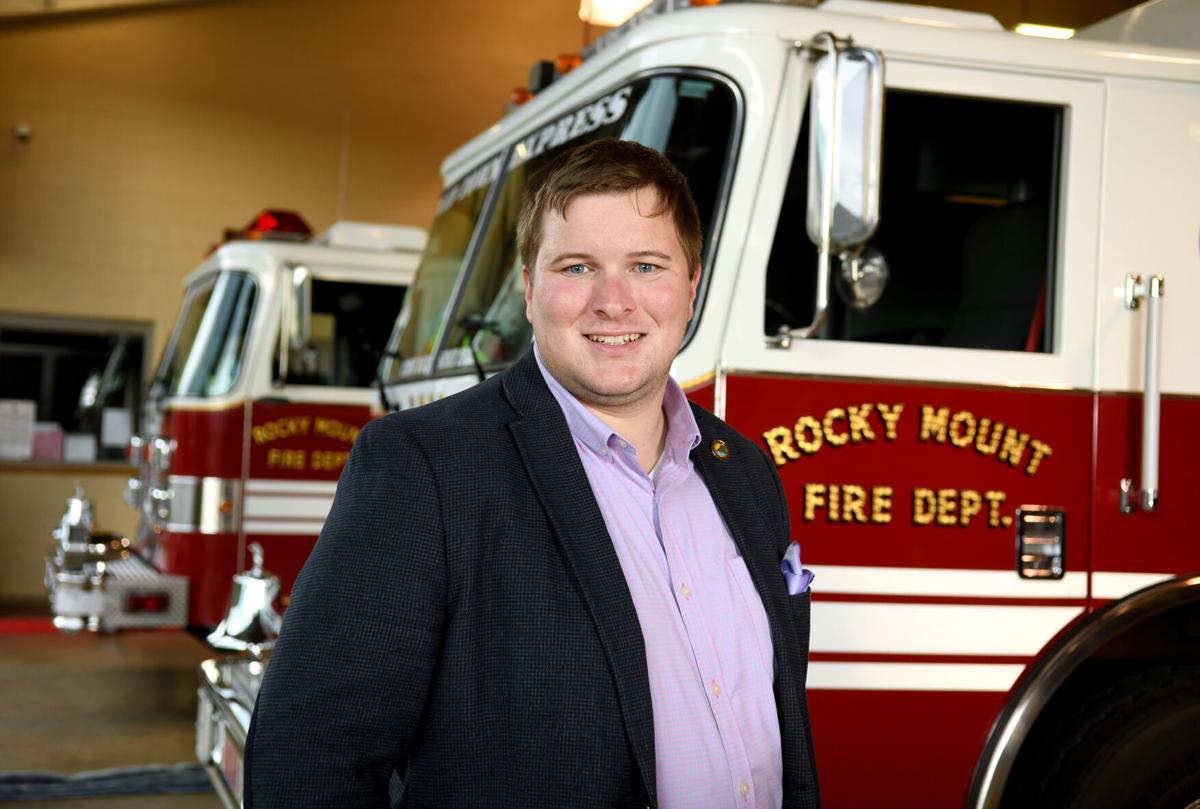 Tyler Lee, 29, is one if not the youngest ever town council member in Rocky Mount. He is also a volunteer with the Rocky Mount Volunteer Fire Department. 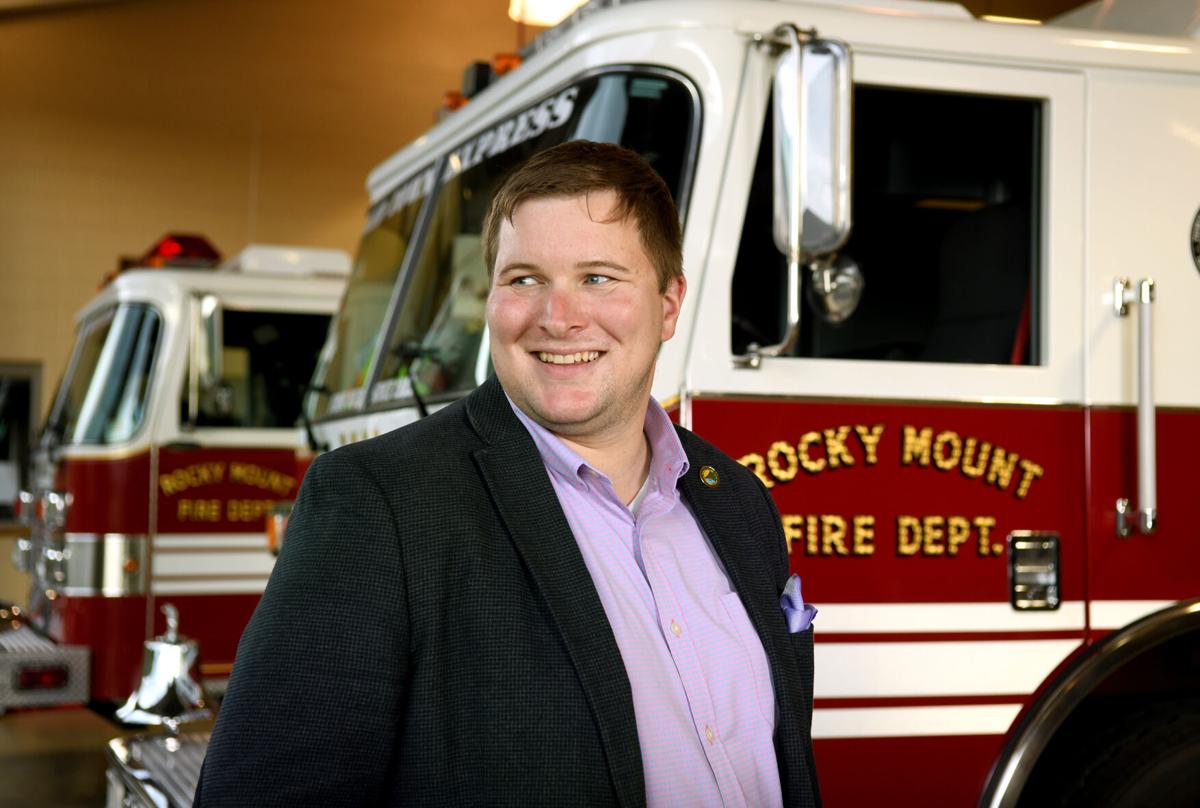 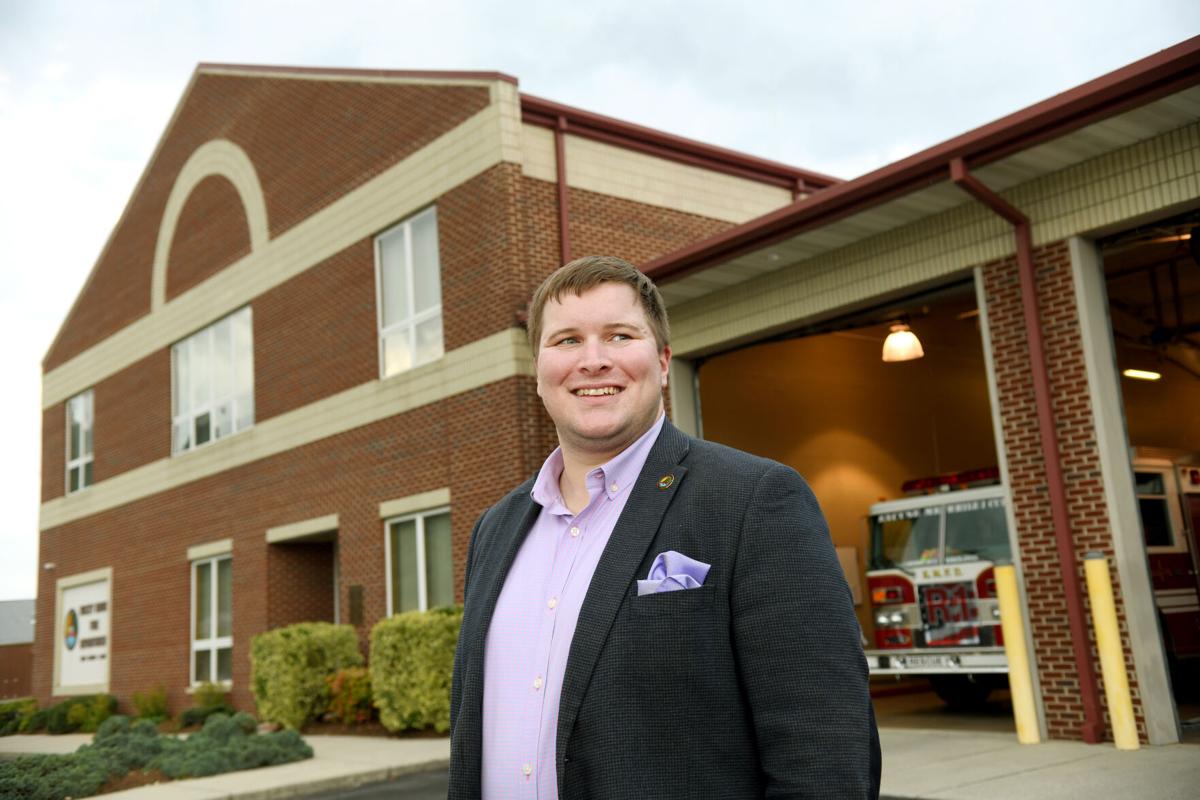 Tyler Lee says he has a passion for service. Lee, 29, is one if not the youngest ever town council member in Rocky Mount. He is also a volunteer with the Rocky Mount Volunteer Fire Department.

ROCKY MOUNT — Tyler Lee was only 28 years old when he won election to town council in 2020. He would love it if more people his age would try their own hand at running for office.

“You know, all this stuff is fun,” Lee said. “You always get to meet new people, you always get to brainstorm the next ‘feature’ thing inside of a locality. There’s no better spot than being in a leadership spot to try to hit the gas pedal on initiatives that you come up with.”

Though it’s unclear whether Lee is the youngest council member in the town’s history, he’s definitely the youngest in recent years. “I don’t remember anybody younger,” said Linda Stanley, managing director of the Franklin County Historical Society.

Going back to her days as a reporter who covered Rocky Mount Town Council meetings, “I remember lots of old people,” she said, but “young people didn’t want to get in it. They were out making a living, doing other stuff.” It was a thankless job “even back in the ’60s and ’70s,” she said.

Though Lee repeatedly described politics as “fun,” he’s gotten to experience a wilder ride in his first year and a half in office than a rural town of 4,800 usually offers. Perhaps the highest climb and fall along the roller coaster track came in January, when two town police officers took a selfie inside the U.S. Capitol during the Jan. 6 riots, putting Rocky Mount under an international spotlight.

Lee described receiving a Snapchat message from an Australian friend who had just seen a news story about former Rocky Mount police officers Thomas “T.J.” Robertson and Jacob Fracker, who are awaiting trial on federal charges.

Lee declined to comment on Fracker and Robertson’s actions, calling it a matter for federal authorities. “These folks were off duty,” he said. “They are also no longer a part of town employment.”

The criticisms of town council, sometimes devolving to personal attacks, did get to him. “It’s tough, you know, to see one of your council members get punched in the mouth, figuratively speaking,” he said. “I would have never imagined in a million years that we would have gotten worldwide negative attention for such acts.”

Ultimately, though, he said someone in his position has to stay focused on the things he can control — and that’s also the best reason for people of his generation to get involved in government.

“If you’re engaged in your local community, you have a higher likelihood of loving your community.”

There might be a bit of serendipity in his mention of Snapchat, in that the social media app has just debuted a new tool, “Run for Office,” intended to help its young user base find and pursue opportunities to get elected in local government.

“We know this next generation is the most diverse, yet currently only 6% of state legislators are under the age of 35,” the company stated in an Oct. 5 release.

“Snapchat is an interesting way to capture younger voters,” Lee said, but he didn’t make extensive use of it, doing things the old fashioned way instead, or at least as close to that as COVID-19 pandemic precautions allowed in the spring of 2020.

A Knoxville. Tennessee, native who chose to stay in Franklin County after graduating in 2014 from Ferrum College, Lee was the second highest vote-getter in a four-way race for three seats.

Lee’s inclination toward public service goes all the way back to his childhood. In 2006, when he was in middle school, he received a Jayteen Key Man Award from the local chapter of the U.S. Junior Chamber, popularly known as the Jaycees.

“I had the most community service hours in middle school in the state of Tennessee,” he said.

A football star in Alcoa City Schools – “I have four state championship rings” – a torn ACL ended his football days, so he pursued tennis instead.

He served as captain of the tennis team for all four of his years at Ferrum, and before he graduated in 2014, he was appointed to the board of United Way of Franklin County, which has since merged with United Way of Roanoke Valley. He was reportedly the youngest person in the country ever to join a United Way board.

Soon after he graduated, he joined the Rocky Mount Volunteer Fire Department. He also sits on the town’s Economic Development Authority board. He met his wife, Realtor Julie Kingery Lee, once he was living in Rocky Mount.

His interest in athletics and a career in health sciences go hand in hand. He has a bachelor’s in health sciences and a master’s in health administration from Radford University, and he’s previously worked for Carilion Clinic. At present he’s director of marketing at Rocky Mount Health and Rehabilitation Center.

“It’s not about me, it’s about the patients and the residents,” he said,

He had many role models who he said have a “servant heart,” and he tries to practice “servant leadership” in all aspects of his life. “It’s kind of who I am.”

Tyler Lee, 29, is one if not the youngest ever town council member in Rocky Mount. He is also a volunteer with the Rocky Mount Volunteer Fire Department.

Tyler Lee says he has a passion for service. Lee, 29, is one if not the youngest ever town council member in Rocky Mount. He is also a volunteer with the Rocky Mount Volunteer Fire Department.