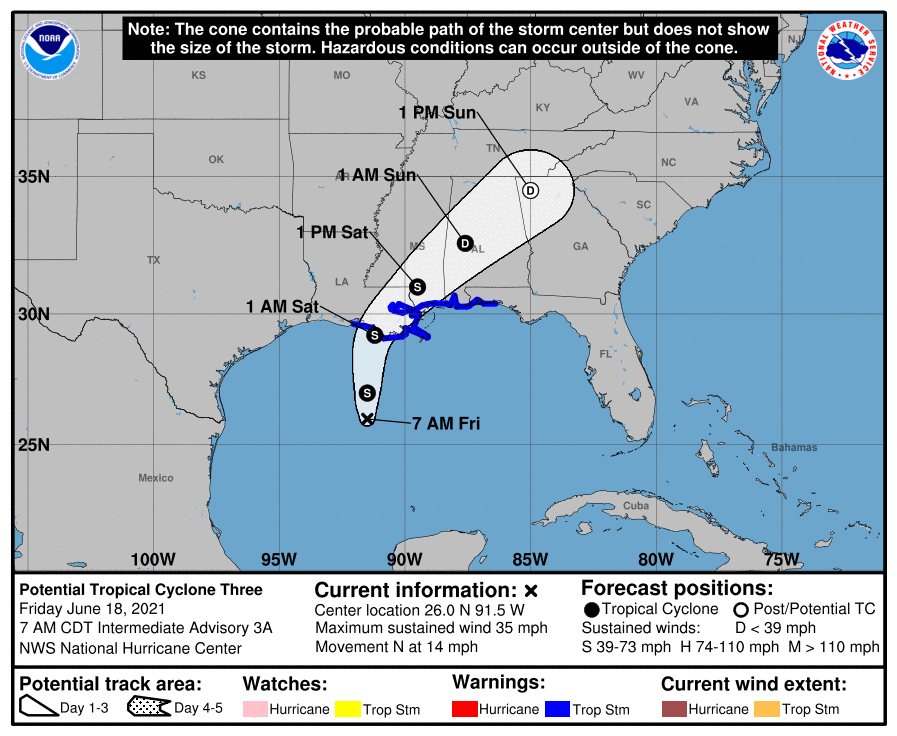 Projected track of Potential Tropical Cyclone 3, which may become Tropical Storm Claudette later on this Friday. 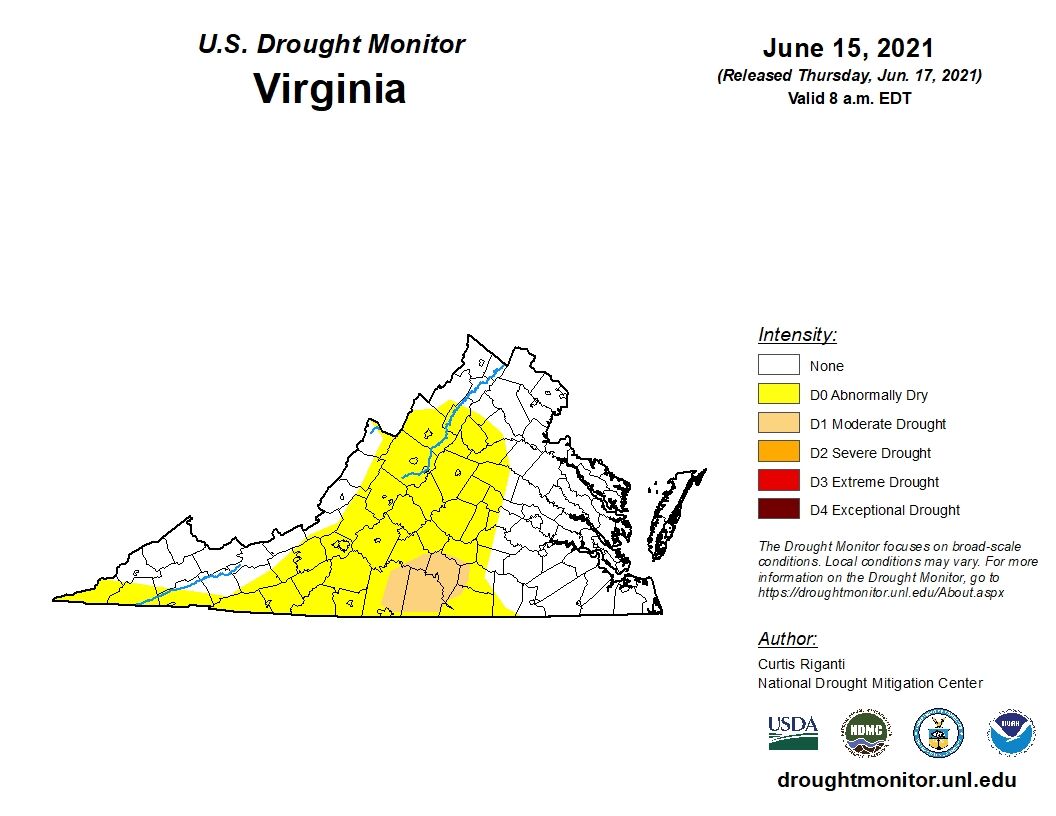 A fairly large part of central and western Virginia is still considered "abnormally dry" with a small area of "moderate drought" in Southside, but the size and intensity of drought is significantly eroded after numerous showers and storms last week and weekend. More showers and storms are expected from a  Gulf of Mexico tropical system Sunday-Tuesday.

After a few fall-like mornings with many 40s and even some upper 30s in outlying areas west of Roanoke, summerlike heat is returning on this Friday and Saturday, with lower 90s possible in Roanoke and points east and south.

Our days of dryness after drought-easing weekend showers and a few stronger storms will also likely come to an end by Monday, perhaps even late Sunday, as we begin to deal with a tropical system in the Gulf of Mexico that may become Tropical Storm Claudette later on this Friday with a possible Saturday landfall in Louisiana.

Whether it is a tropical storm, makes it all the way to hurricane (very unlikely), a mere depression or just a blob of tropical moisture, its movement north and northeast will begin to increase moisture across our region with showers and storms developing by late Sunday into Monday. It's a bit early to say whether the core of the remnants of this system come over us or near enough to us to produce a day or two of widespread rain and storms, though that is possible early next week.

Showers and storms late last week and over the weekend were widespread enough to significant dial back the drought in the latest U.S. Drought Monitor, with the yellow "abnormally dry" zone shrunk considerably and the beige "moderate drought" area that once covered much of central Virginia and extended as far west as Roanoke and Lexington now limited to a small area of Southside. There was enough preceding dryness and the rain was still streaky enough that it didn't quite wipe out the long-term drought on a regional basis, but we're no longer at the verge of major problems, likely to be less so after early week showers.

A strong cold front will be along on Tuesday to squeeze out showers and storms ahead of it and then sweep out the tropical moisture, bringing cooler and drier weather again for mid to late week. The overall trend, with hot high pressure over the western U.S. inducing a jet-stream trough into the eastern U.S., is a lean to cooler than normal temperatures in the next 1-2 weeks.

Projected track of Potential Tropical Cyclone 3, which may become Tropical Storm Claudette later on this Friday.

A fairly large part of central and western Virginia is still considered "abnormally dry" with a small area of "moderate drought" in Southside, but the size and intensity of drought is significantly eroded after numerous showers and storms last week and weekend. More showers and storms are expected from a  Gulf of Mexico tropical system Sunday-Tuesday.