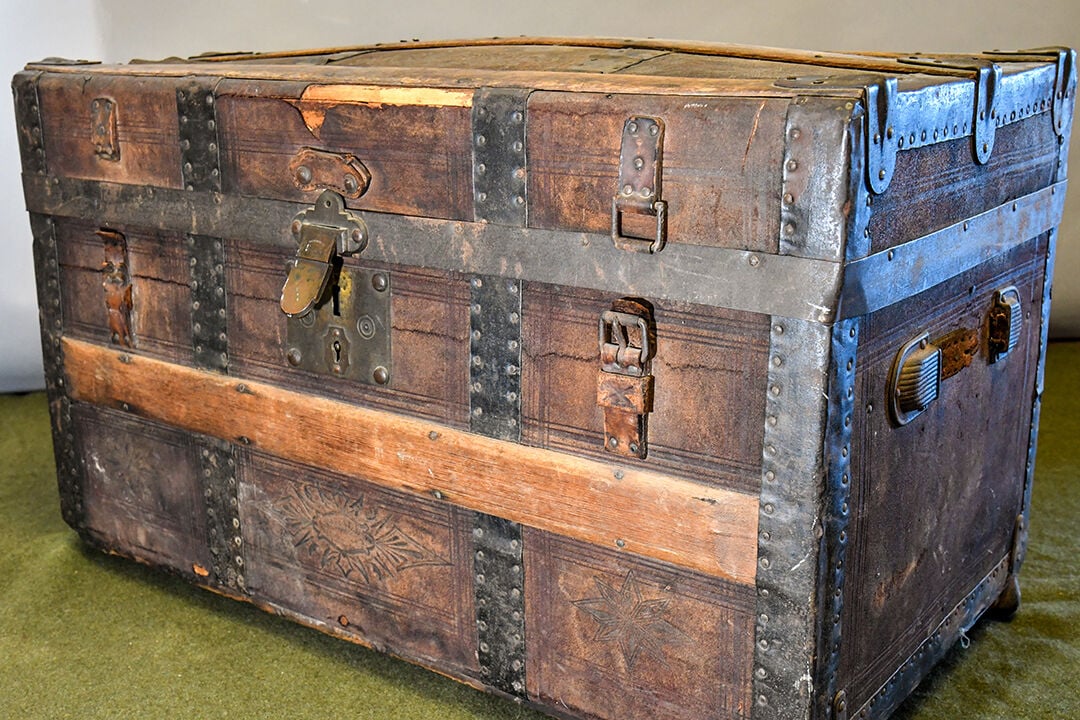 This 1872 steamer trunk is one of the items up for vote in the current Virginia Association of Museums Top 10 Endangered Artifacts competition. 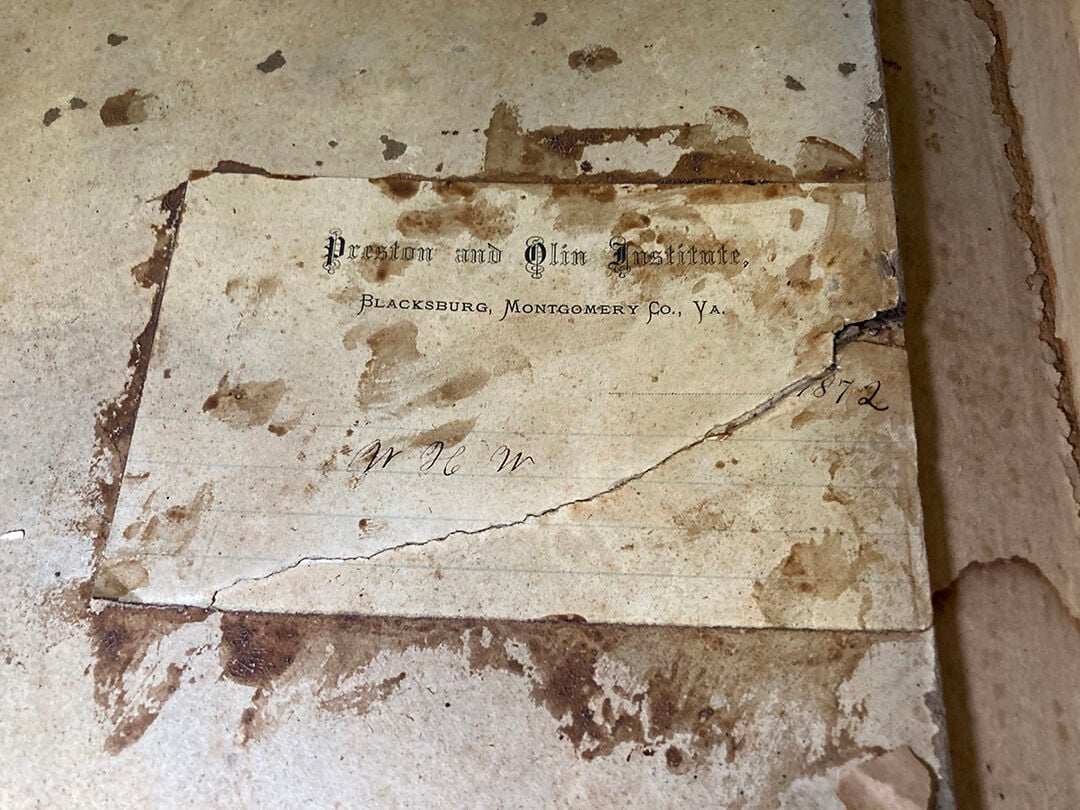 A piece of letterhead stationery inside the steamer trunk is marked with initials and date, but little else of the item’s provenance.

The Virginia Association of Museums will host online voting for the 2021 Top 10 Endangered Artifacts competition from Jan. 18-27, and the New River Valley is once again represented on the list.

Among the current nominees is an 1872 steamer trunk from the Preston and Olin Institute, an early forerunner of Virginia Tech. The trunk is part of the collection of the Virginia Tech Corps of Cadets Museum. VAM’s description of the artifact reads, in part: “This Civil War trunk … is one of only a handful of historical objects still in existence from the very birth of VAMC [Virginia Agricultural and Mechanical College].”

Corps of Cadets Communications Director Shay Barnhart explained in an email that the trunk had been on display in the Corps Museum when the collection was located in Rasche Hall. As demolition and replacement of Rasche moved forward in 2013, the trunk was moved to the Corps offices in Lane Hall. Only recently was it “rediscovered,” she said, when a new employee joined the staff.

One of the intriguing features of the artifact is a piece of letterhead stationery pasted inside, with “1872” and the initials “W.H.W.” written on it. But according to museum curator Samantha Riggin, who nominated the trunk for the annual VAM contest, the identity of W.H.W. and information about the trunk itself are something of a mystery.

Previous nominees from the New River Valley include:

An 1850 coverlet created by an enslaved woman of Montgomery County, nominated by the Montgomery Museum of Art & History.

VAM’s announcement of this year’s voting notes that 2021 marked the 10th anniversary for the Endangered Artifacts program, which has become one of the organization’s most successful outreach efforts. It raises awareness of the importance of protecting historic resources, and provides conservation funding for the participating museums: $2,000 for the item that gets the most votes, with additional monies for the rest of the honorees.

“We’re thrilled to have the Virginia Association of Museums recognize the uniqueness of this artifact, and we look forward to putting the trunk on display so the public can see it,” Riggin said.

The public is invited to vote online at https://www.vamuseums.org.

WOYM: Pioneering folklore researchers went above and beyond to document ballads a century ago

Word has come from the kitchen,

WOYM: When did Roanoke's Shaffers Crossing gain its modern name?

City directories and deed cards of the early 20th century help a sleuthing answer man assist with a query.

WOYM: The link between natural springs and health has ancient roots

Water of love deep in the ground

This 1872 steamer trunk is one of the items up for vote in the current Virginia Association of Museums Top 10 Endangered Artifacts competition.

A piece of letterhead stationery inside the steamer trunk is marked with initials and date, but little else of the item’s provenance.