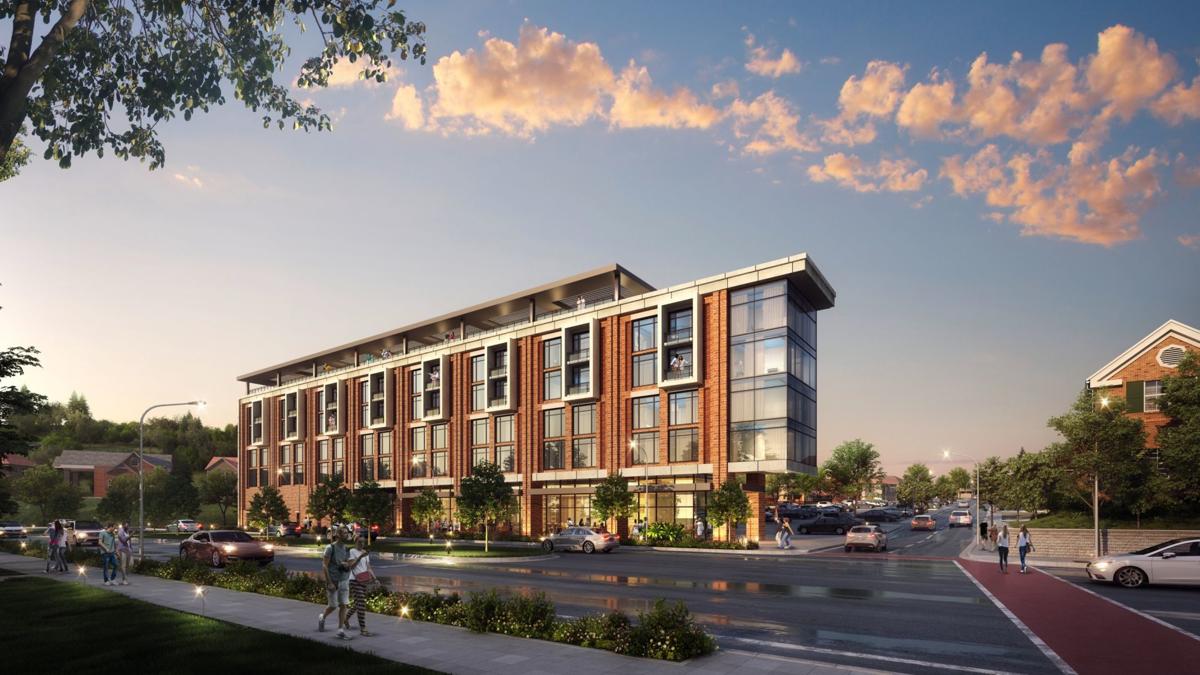 Radford University image The planned multilevel hotel, shown above in a rendering, will be located at the intersection of Tyler Avenue and Calhoun Street. 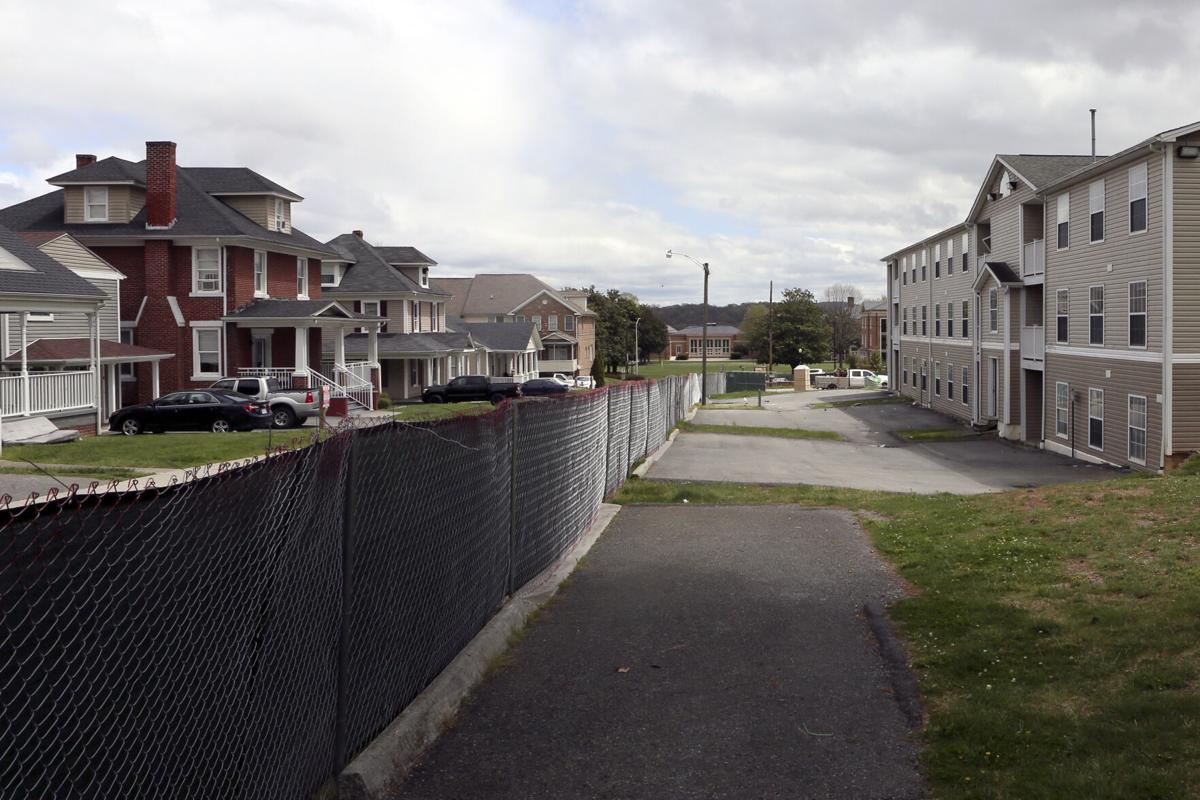 Demolition of a former apartment building, right, is underway for a 125-room hotel at the intersection of Tyler Avenue and Calhoun Street across from the Radford University campus. 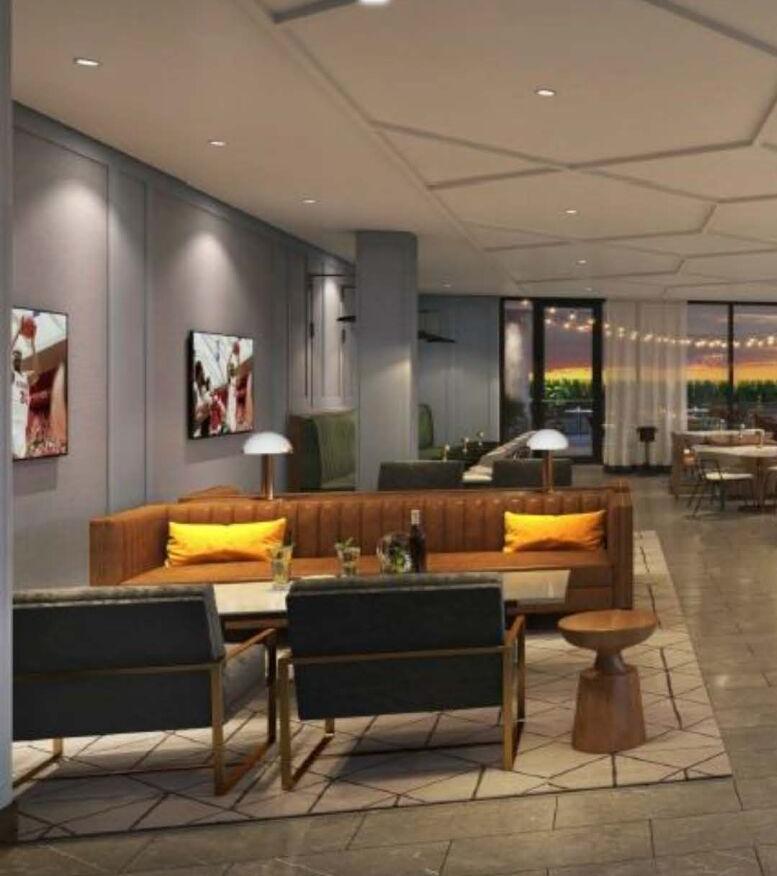 A photo of the hotel's planned rooftop bar and restaurant was released last week.

Demolition is under way to clear a site for The Highlander, a planned upscale hotel to be constructed off Radford University’s main campus.

The project is a joint effort between the university and its foundation. It will be located at the intersection of Tyler Avenue and Calhoun Street, where four existing structures are currently being razed.

Demolition is scheduled to be completed by the end of May and construction will immediately follow, according to university news release.

A formal groundbreaking for the hotel is planned for June 15.

“The Highlander is a game changer for Radford University, the City of Radford, the New River Valley and the Roanoke Valley,” said university President Brian Hemphill in the release. “With completion in late 2022, The Highlander will serve as a sought-after destination for out-of-town guests, as well as a unique experience for local residents seeking casual or formal dining options at a one-of-a-kind event venue.”

The Highlander, estimated at 125 rooms, will be designed to reflect the local region and its rich history, as well as Radford University’s tradition of hard work. It will have a rooftop steakhouse and bar that will overlook campus with a backdrop of the Blue Ridge Mountains.

A highlight of the structure will be a 4,000-square-foot conference space that will accommodate 250-300 people, allowing the university to potentially host large-scale events, such as business expos and conferences, it could not accommodate in the past, according to the release.

“This hotel is going to attract people to Radford who might have, in the past, looked at staying outside of the city. A 4-star hotel, it is going to be a destination,” said John Cox, chief executive officer of the Radford University Foundation. “We believe it is going to generate a lot of activity downtown. That will be great for our local economy.”

The team of private companies Radford University and the Radford University Foundation have partnered with to deliver this project include: S.B. Ballard, of Virginia Beach, as the general contractor; Blur Workshop, of Atlanta, Georgia, as the designer; Preston Hollow Capital, of Dallas, Texas, as the capital partner; and Aimbridge Hospitality, of Arlington, Texas, the largest third-party management company in the U.S., as the manager of the hotel.

The hotel project is expected to cost in the neighborhood of $30 million.

The major coaxial cable-based internet service providers in the Roanoke Valley are getting a fiber-optic based competitor.

A state loan used to purchase the limestone arch and surrounding countryside will be transferred to a conservation nonprofit.

Dorka is one of many dogs trained to sniff out marijuana being retired because of changing drug laws. How the dog reunited with a former handler has prompted controversy in Rocky Mount.

Radford University image The planned multilevel hotel, shown above in a rendering, will be located at the intersection of Tyler Avenue and Calhoun Street.

Demolition of a former apartment building, right, is underway for a 125-room hotel at the intersection of Tyler Avenue and Calhoun Street across from the Radford University campus.

A photo of the hotel's planned rooftop bar and restaurant was released last week.