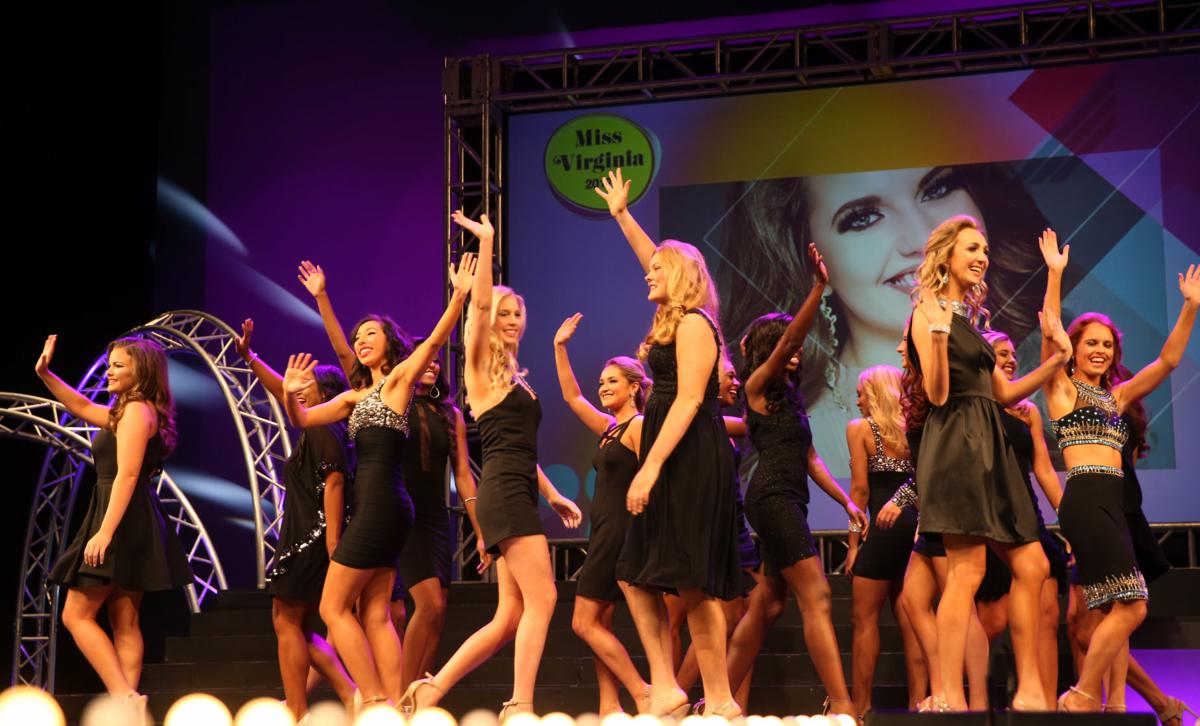 Miss Virginia 2017 contestants perform on stage, the last time the event was held in Roanoke before returning this year. 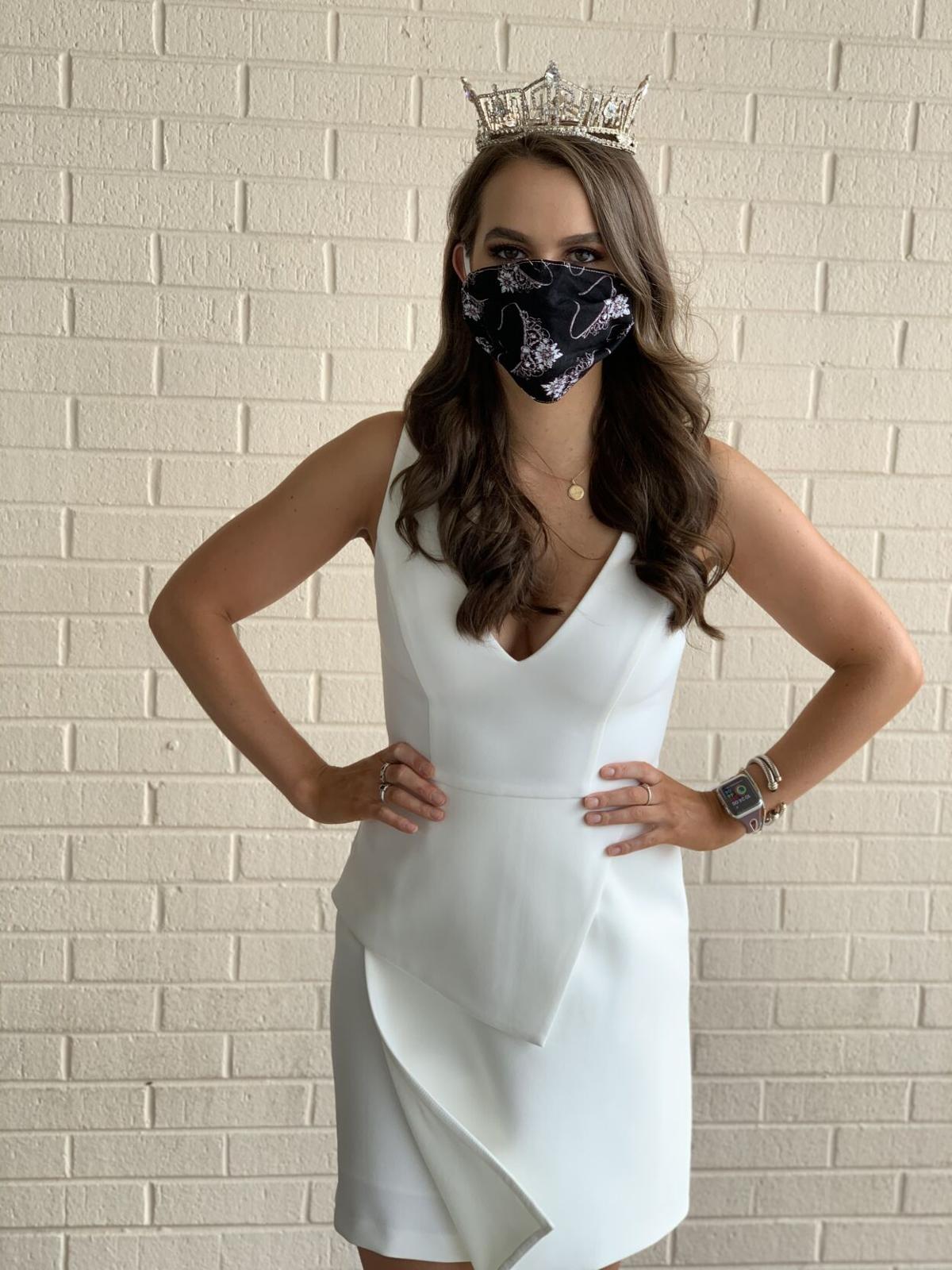 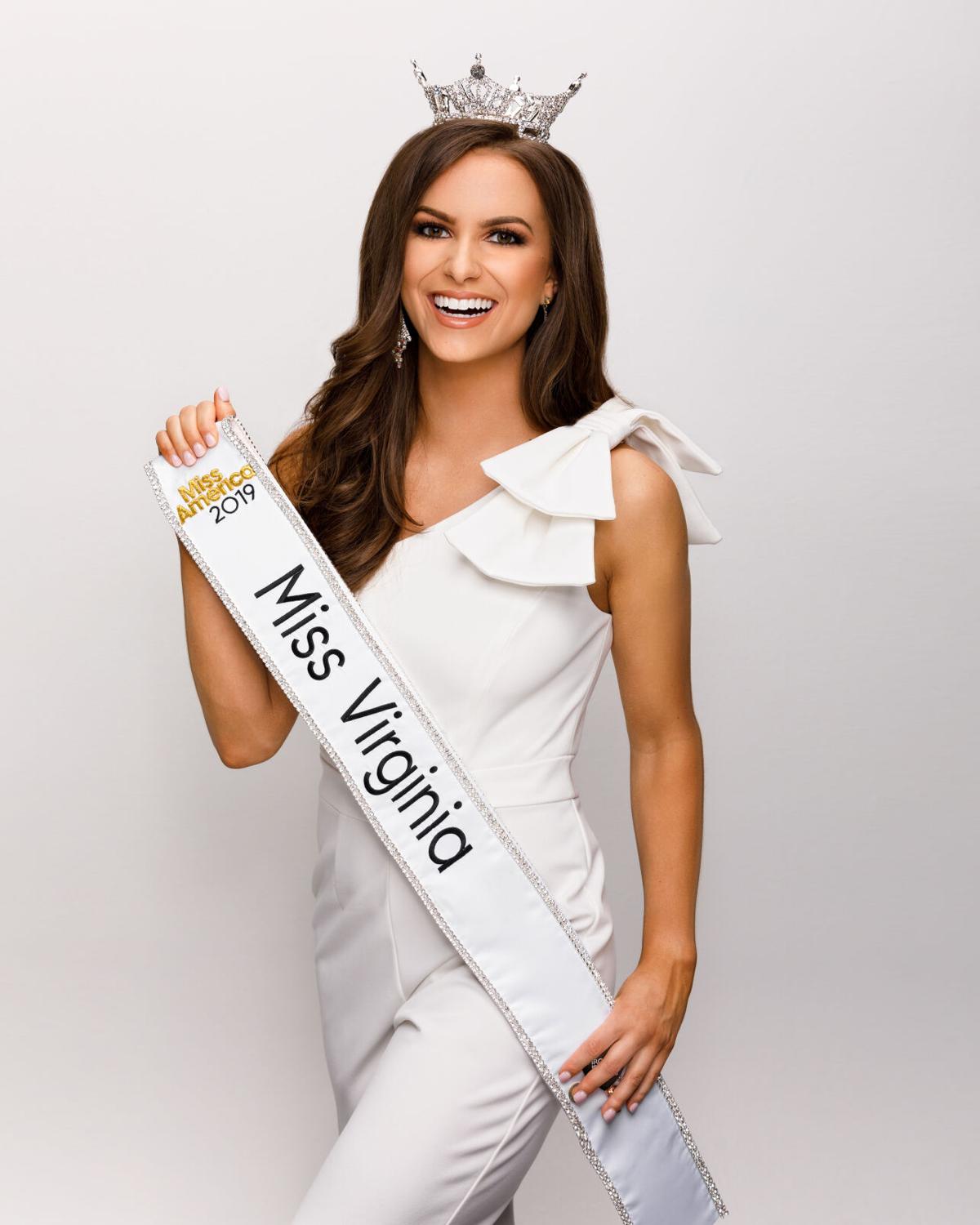 Miss America 2020, Camille Schrier, was Miss Virginia when she won the title in December 2019. 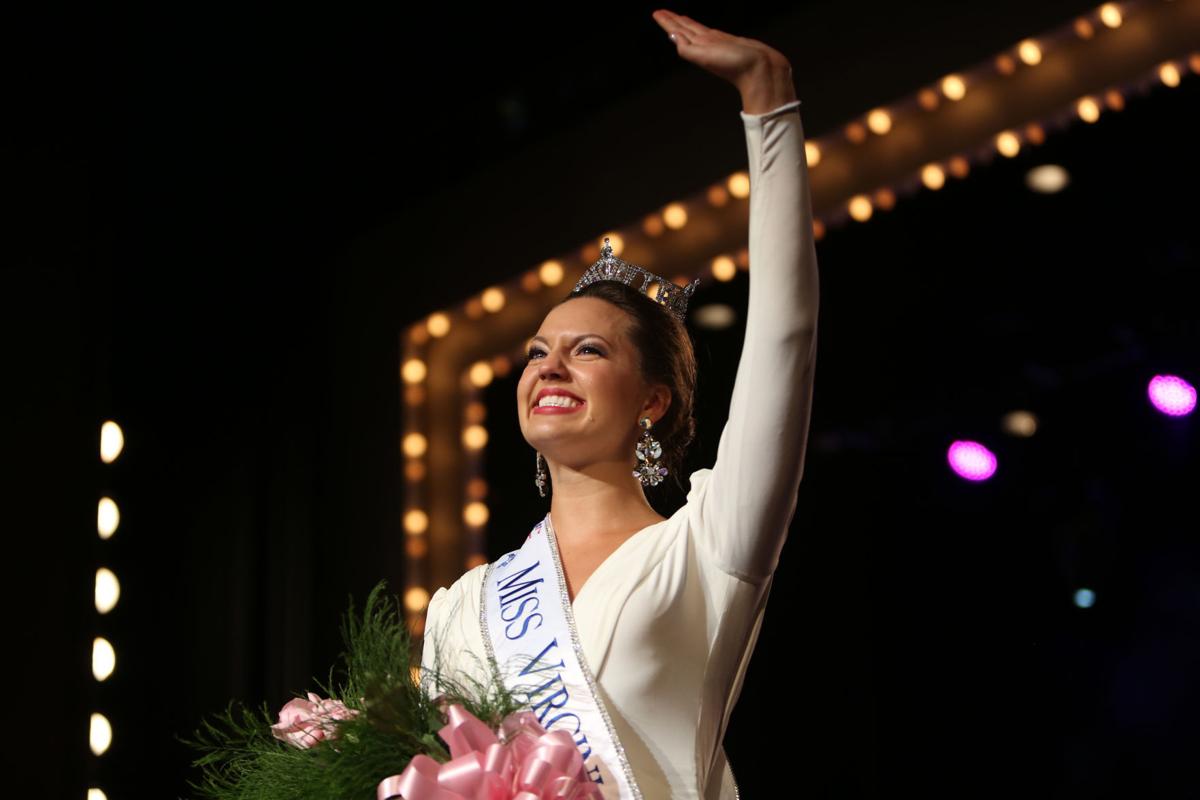 Cecili Weber, Miss Arlington, was crowned Miss Virginia in June 2017 at the Berglund Performing Arts Center—the last time the pageant was held in Roanoke before returning this year.

There she is, Miss Video Conferencing App America.

That’s Camille Schrier, Miss Virginia 2019 and Miss America 2020. Schrier, a Virginia Tech graduate, took the big tiara in December 2019. From there, she got to spend about three months on the typical Miss America track, which includes lots of plane flights to large scale events, school visits, and other opportunities to shake hands and hug children. In March, COVID-19 put a halt to all of that.

The 25-year-old Philadelphia native spent last year and much of this one at her home base in Richmond, where she is enrolled at Virginia Commonwealth University to pursue her doctor’s in pharmacy. From there, she met the public and told her story nationwide, but from her computer screen.

As pandemic restrictions have loosened across the United States, including the commonwealth, Schrier is in Roanoke, preparing to take part in the Miss Virginia competition, at Roanoke Performing Arts Theatre. She will join the three other Miss Virginias who went on to become Miss America — Kylene Barker (1979), Nicole Johnson (1999) and Caressa Cameron (2010).

Of those four, Schrier is the only one who didn’t compete in Roanoke. The Miss Virginia Pageant left the Star City in 2018, for a short run in Lynchburg. It returns to Roanoke for a Thursday-Saturday run.

It’s a homecoming of sorts for Schrier, too, though. The Virginia Tech graduate lived in Roanoke for six months as Miss Virginia, before taking the larger crown. She is staying at the Hotel Roanoke with her mother, whose life in the corporate world included many Hotel Roanoke stays in the 1980s.

Schrier herself stayed there in 2015 when, as a new student in Blacksburg, she and a friend came down to Roanoke to take in the Miss Virginia pageant.

“Mom used to travel here for work, and now I’m here as Miss America, and I have a portrait of myself hanging in the lobby,” Schrier said. “So it’s very nostalgic for the two of us and kind of full circle. So it’s been wonderful to be back.”

She said she was looking forward to meeting the pageant’s other Miss Americas, particularly Barker, another Virginia Tech alum. Barker is beloved in the Hokie community, as well as in her hometown, Galax, Schrier noted. She marveled during a trip she took to Galax High School.

“They have a Kylene Barker shrine, at her high school,” Schrier said. “I was like, how funny is that? I think that’s a testament to how much Virginia loves our Miss Virginias and our Miss Americas.”

Schrier’s nearly two years as Miss America is among the longest reigns in pageant history. An Ohio woman, Mary Catherine Campbell, competed and won twice running in 1922 and 1923. The pageant was in its infancy in Atlantic City, New Jersey, as a business-boosting, bathing suit contest, not the service-oriented, scholarship contest it has become, Schrier said. The pageant was canceled in other years during the Great Depression, according to the Miss America website.

Schrier said she has enjoyed her extended time as the titleholder and feels like she made an impact, even in strange circumstances, but she is ready to move on. She postponed her studies after her first year at VCU, to represent the tiara, and she will resume her studies in August.

She has won $77,000 in scholarship assistance through her pageant experiences,

“I’m going to go back in the classroom, and as I like to say, use all the scholarship dollars that I have earned, because that’s really what this is often about,” she said. “I desperately want to go back and use it.”

The Star City was the pageant’s first and only home from 1953 to 2017. According to the Miss Virginia website, the Hotel Roanoke Ballroom hosted the earliest events, then organizers moved it to the since-demolished American Theatre, where it remained until what was then called the Roanoke Civic Center and sister venue, the Roanoke Civic Center Auditorium, opened in 1971. The hotel again hosts the contestants now that the pageant is back in town, according to the site.

Among those glad to see it return is Lowell Hill, a former Miss Virginia board president who has emceed and sung at the event, and who has raised money for the contest’s scholarships, according to a Berglund Center news release. Johnson took the Miss America title when Hill was the board’s president.

Hill will be part of the show this time around, with some emcee work and singing. He said he’s scheduled to sing the Miss Virginia theme song when the most recent winner, Dot Kelly is introduced. Kelly was first runner-up to Schrier in 2019. Hill will introduce Schrier and sing the Miss America theme song for her. It will be his first time participating in nine years. He said he did not go to the pageant when it was in Lynchburg.

“I will tell you that the home of Miss Virginia is Roanoke, and deservedly so and rightly so,” Hill said. “I think that’s why we’re all so excited about its return. This will be the 66th year that a Miss Virginia is crowned in Roanoke. This is the home of Miss Virginia, and this is where it should be, and we’re delighted to be back at the Berglund Center. And of course the Berglund Center is celebrating its 50th anniversary this year, and then Miss America is celebrating its 100th year this year, so we are talking celebration after celebration.

“This is a stellar year.”

Miss Virginia 2017 contestants perform on stage, the last time the event was held in Roanoke before returning this year.

Miss America 2020, Camille Schrier, was Miss Virginia when she won the title in December 2019.

Cecili Weber, Miss Arlington, was crowned Miss Virginia in June 2017 at the Berglund Performing Arts Center—the last time the pageant was held in Roanoke before returning this year.