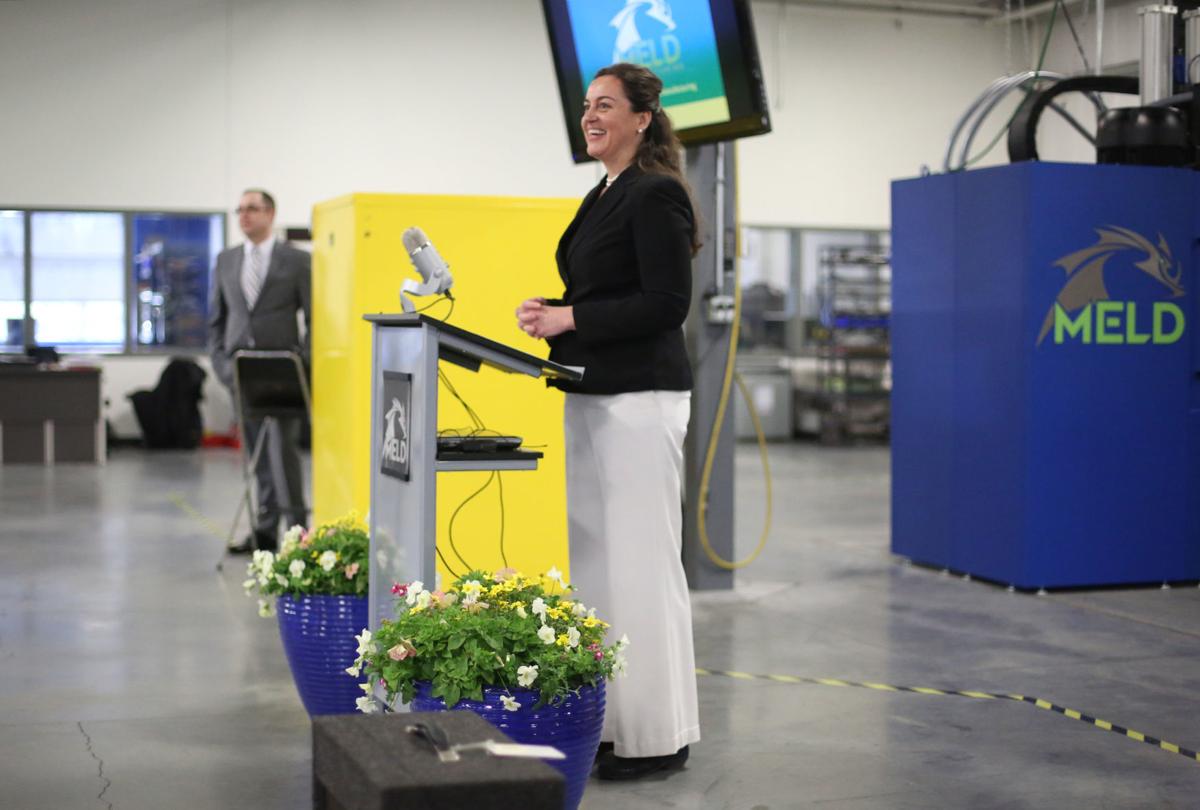 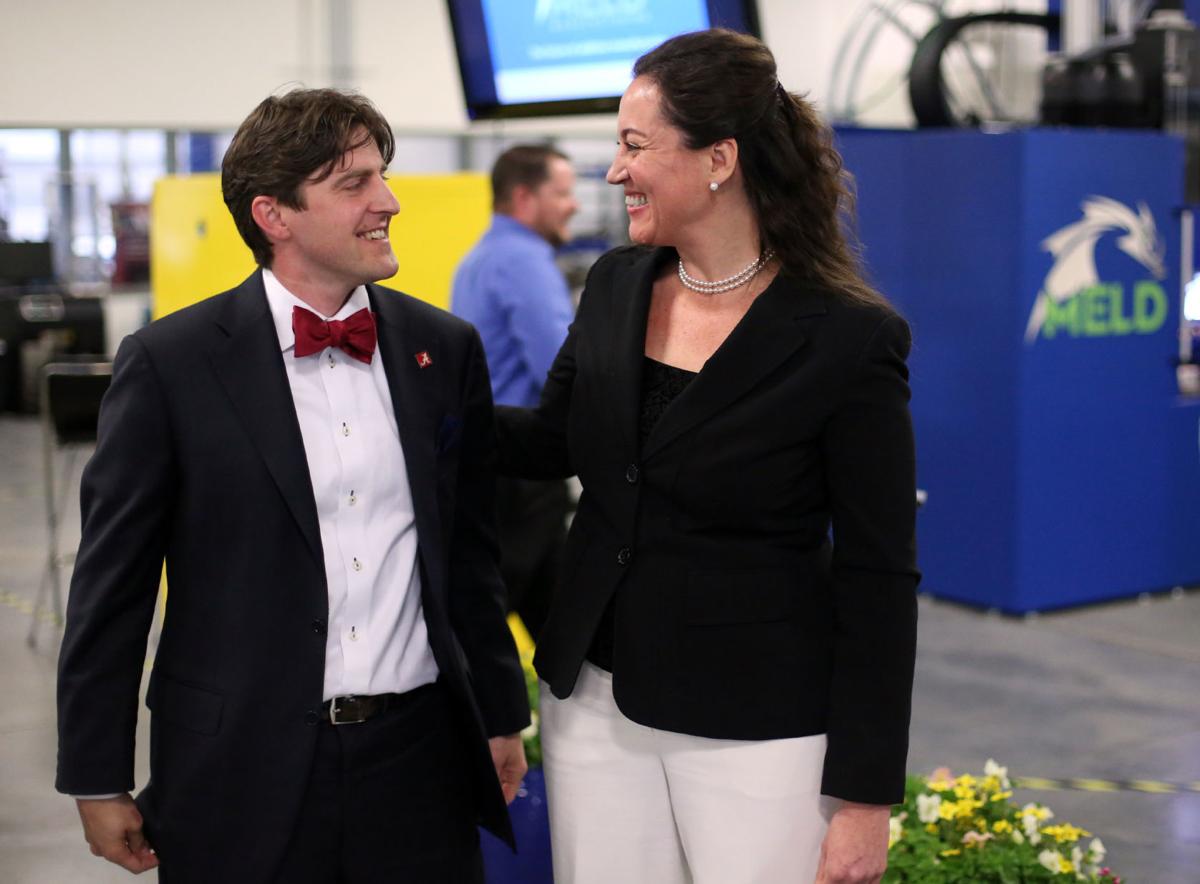 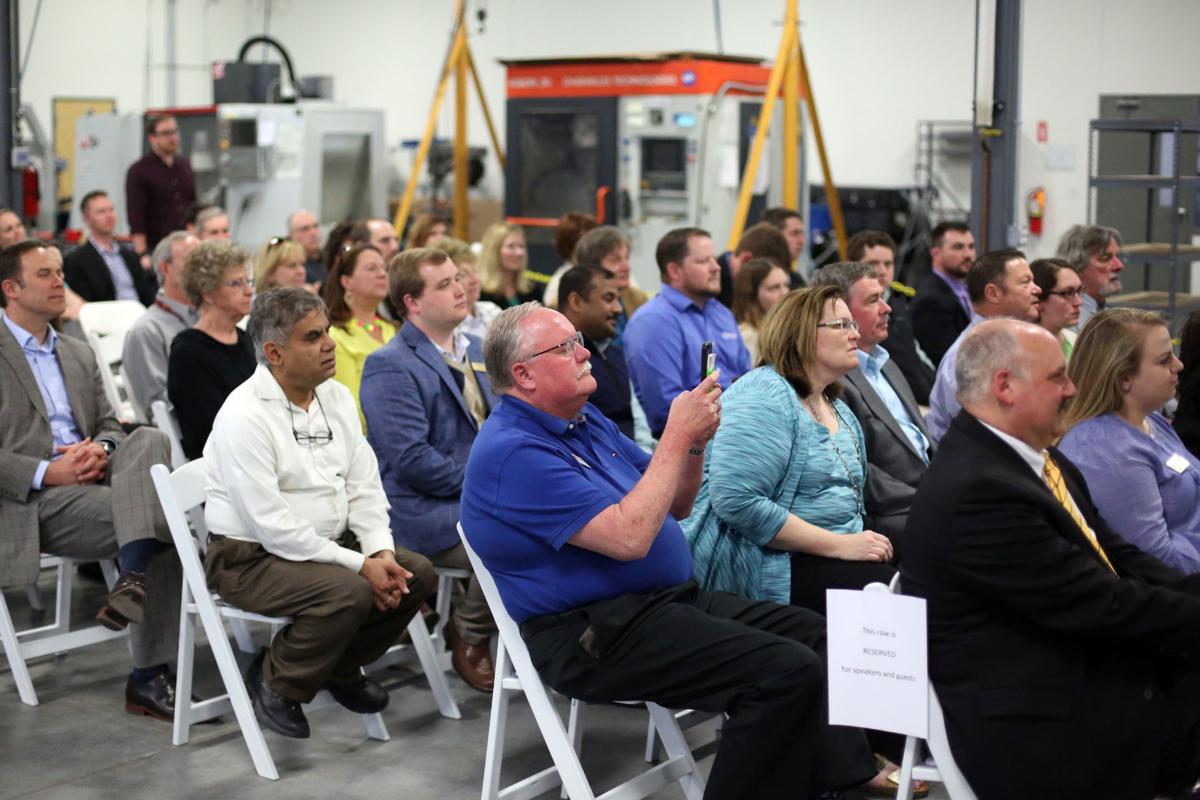 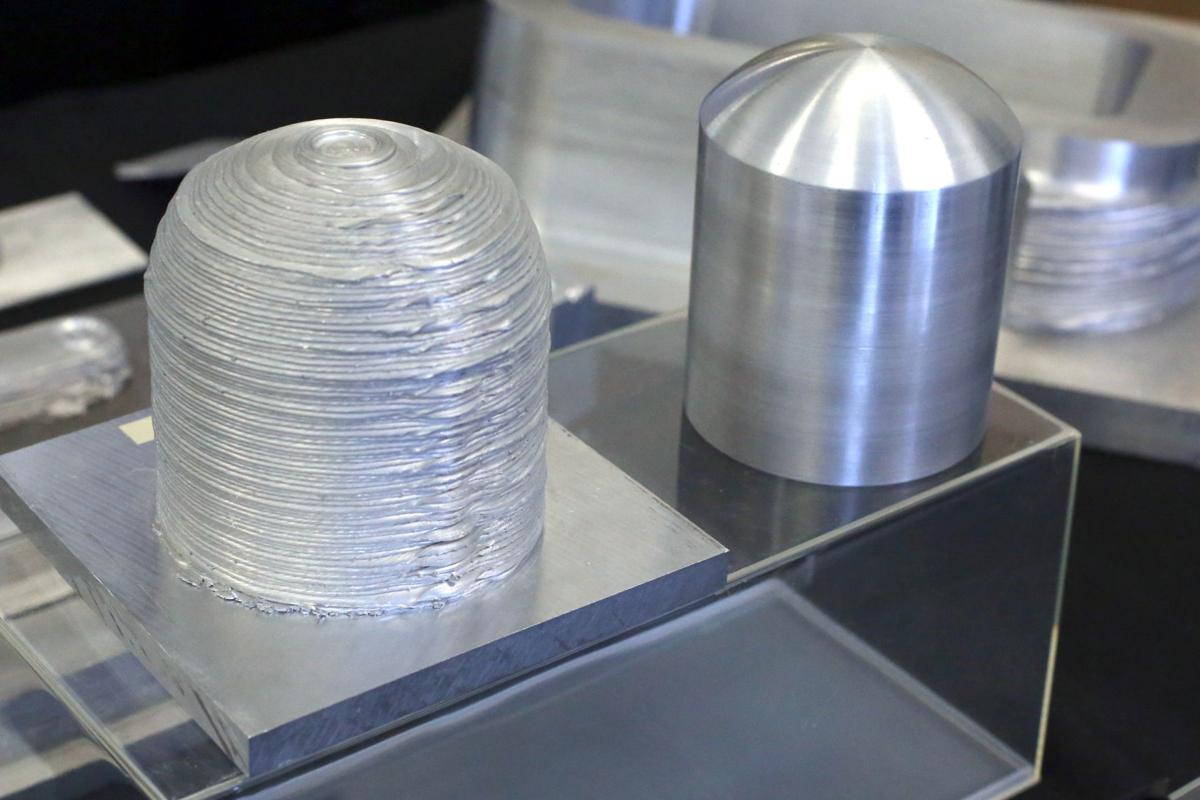 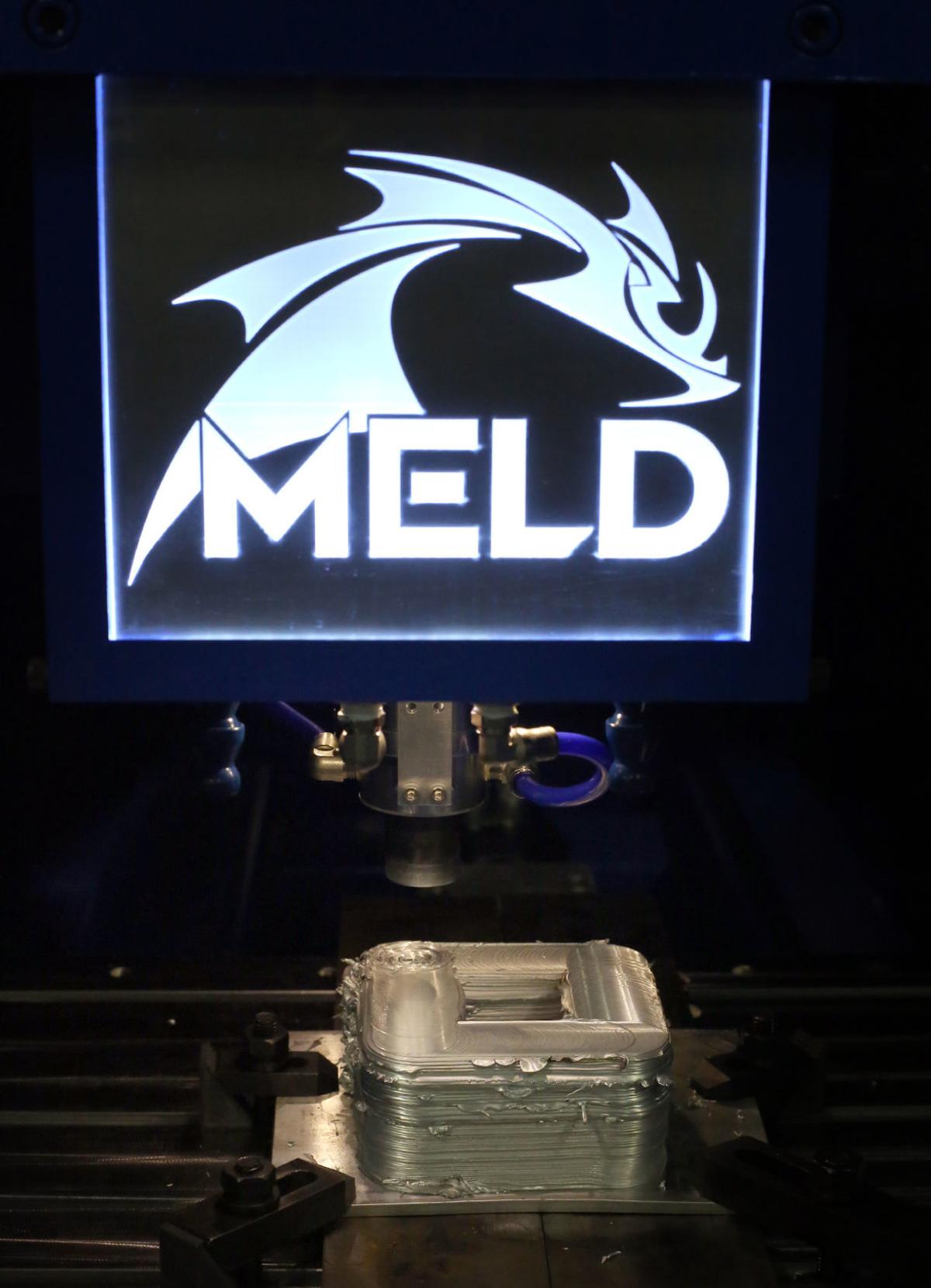 MELD Manufacturing Corporation’s machine is similar to a traditional 3-D printer, but it creates metal components instead of plastic. 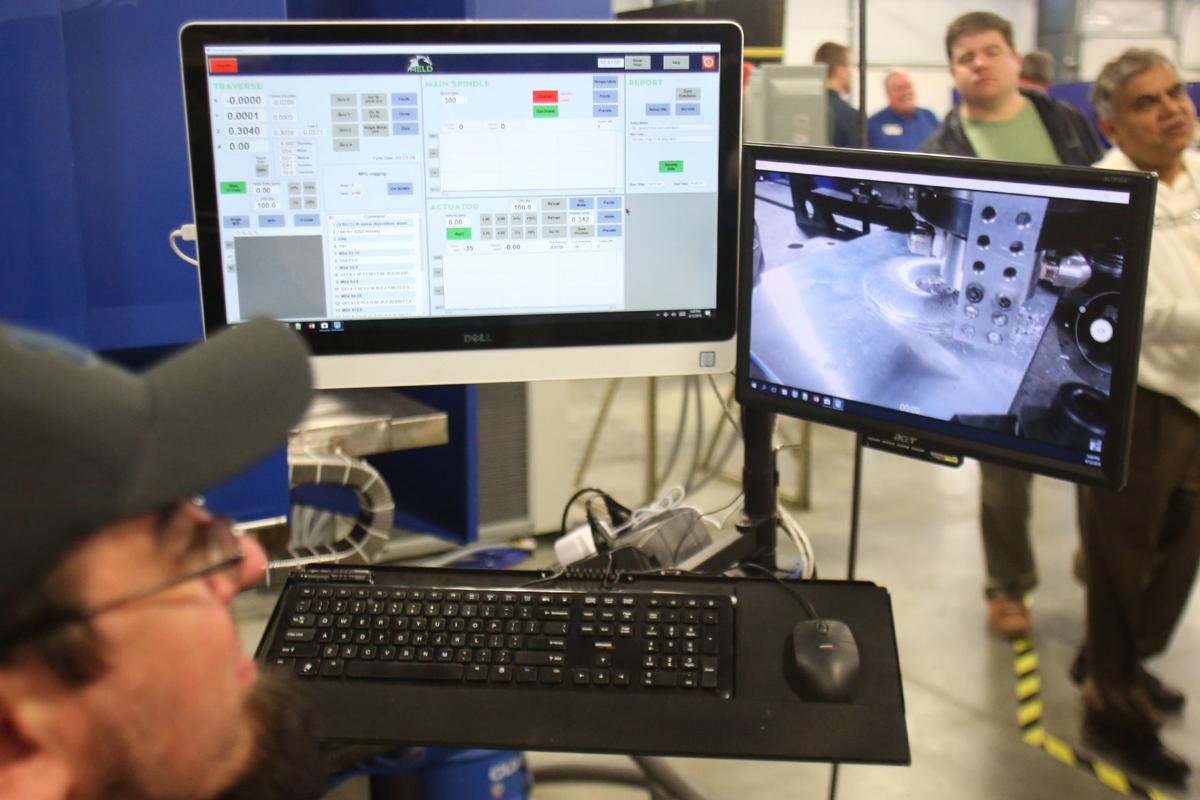 The MELD team, which builds industrial 3D printers, has operated as a division of Aeroprobe for more than a decade.

CHRISTIANSBURG — Montgomery County’s newest tech startup was launched on Thursday after scientists here have spent more than a decade designing what they say is a bigger and better 3D printer. MELD Manufacturing Corporation is a new subsidiary of 20-year-old tech firm Aeroprobe.

The company’s machine is similar to traditional 3D printers, but it creates metal components instead of plastic. And – more importantly – it does so without melting anything.

Instead, the machines produce large, industrial scale parts by using a combination of friction and pressure to get the metals hot enough to deform, but not hot enough to melt.

Like traditional 3D printing, a robotic arm passes over a plate repeatedly, adding a little material each time and building the desired shape layer by layer.

Aeroprobe CEO Nanci Hardwick, who is now also MELD’s CEO, said that because the process doesn’t use lasers, there’s really no limit to how large the machines can get. She’s already talked to one potential customer about printing a 6,000-pound part.

Hardwick said materials such as steel and titanium lose a lot of desirable properties when they’re heated beyond their melting points; primarily they may become weaker.

So MELD’s technology promises to allow industrial customers to print or repair metal components that will hold up over time.

“I don’t think people realize you can do what we do with metal,” Hardwick said. “If we do this right, if we’re successful I believe we will change manufacturing across industries. So that’s a huge impact.”

A team of researchers within Aeroprobe began working on the machine years ago, long before 3D printing went mainstream.

Aeroprobe is known for its air sensors, which it sells across the globe. The company recently began building smaller versions that attach to drones, providing real time data on wind speed, temperature and GPS. It works with industry giants including Tesla, NASA, Toyota, Volvo and Boeing.

But Hardwick said there’s been another, quieter division within the company all along working on the MELD technology.

The University of Alabama was the first to receive MELD’s machine in January. Mechanical engineering researcher Paul Allison said a team there has been experimenting with ways the printers could recycle old military equipment, like damaged armor, into usable parts.

“Feed in waste [to the machine] and make brackets or things to repair vehicles,” he said. “That means the soldiers can make new components right there, through this additive process.”

MELD is now ready to begin selling the first model of its printer, called B8. It will also take orders for custom machines for larger projects and will even sell fabricated parts if that’s what a customer wants.

“Success for us is defined by other people using this process to make products,” Hardwick said.

MELD Manufacturing Corporation’s machine is similar to a traditional 3-D printer, but it creates metal components instead of plastic.

The MELD team, which builds industrial 3D printers, has operated as a division of Aeroprobe for more than a decade. 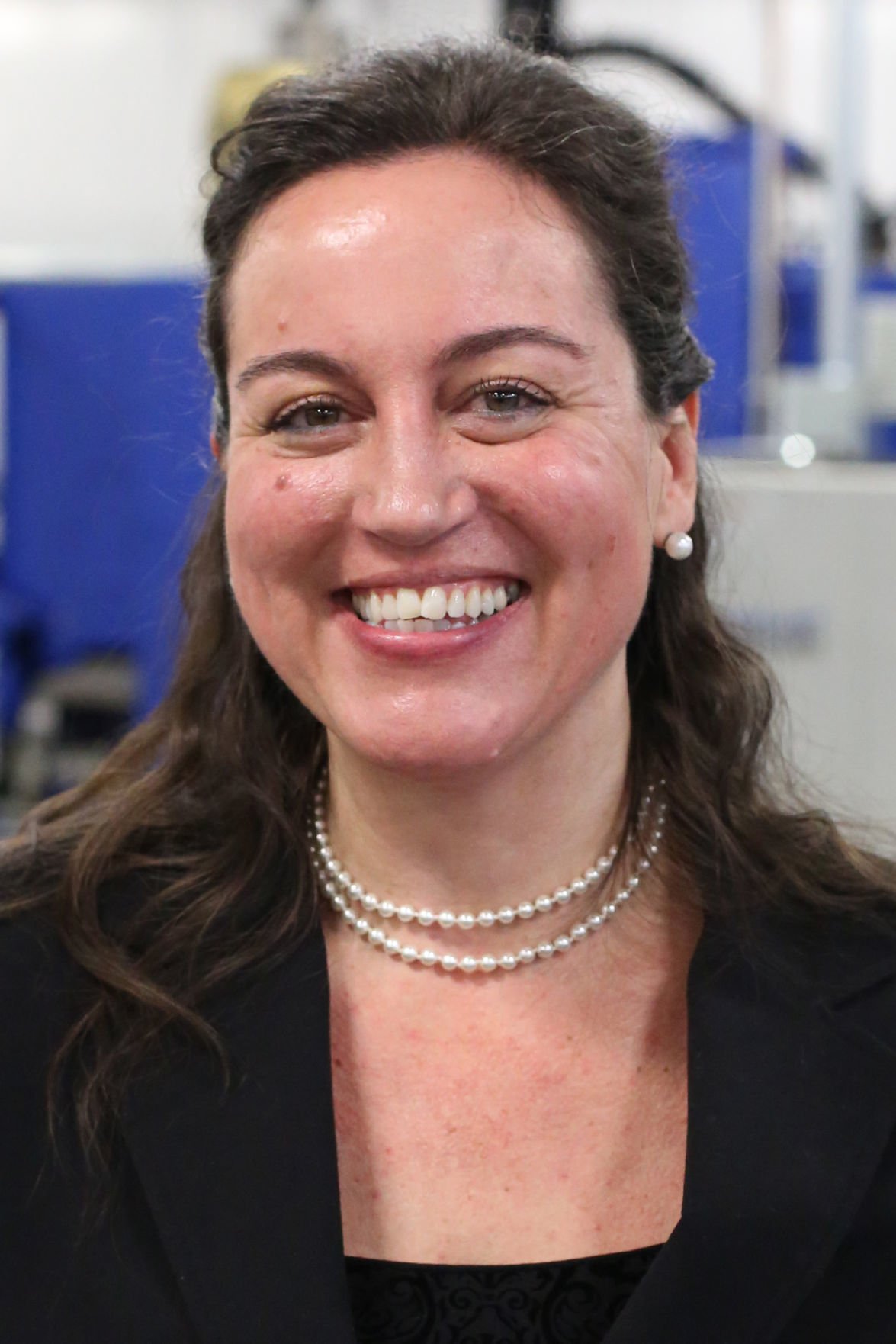