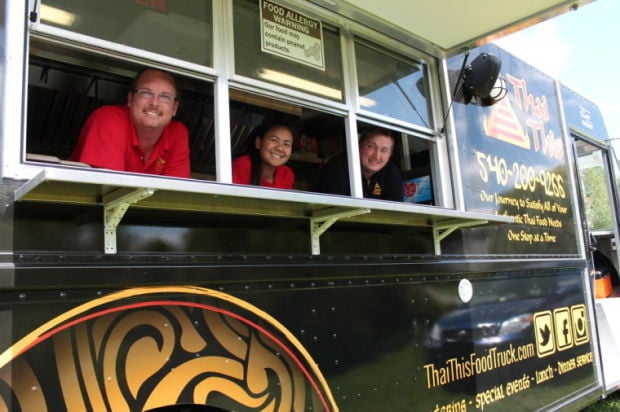 Steve Widner (from left), Jang Lawson and Brian Lawson are set to debut their new 24-foot Thai This food truck this weekend in Salem. 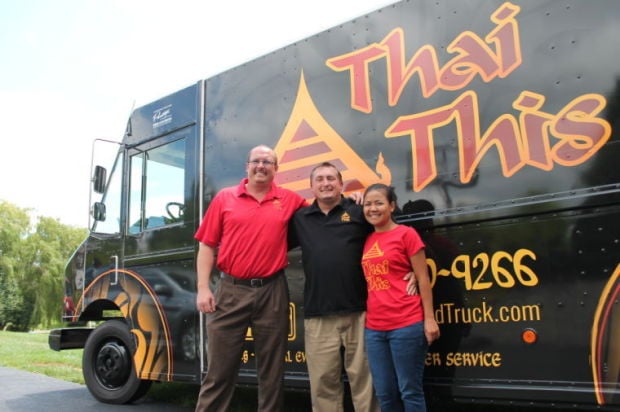 Steve Widner (from left), Brian Lawson and Jang Lawson stand outside the food truck they had custom made in Orlando, Fla. 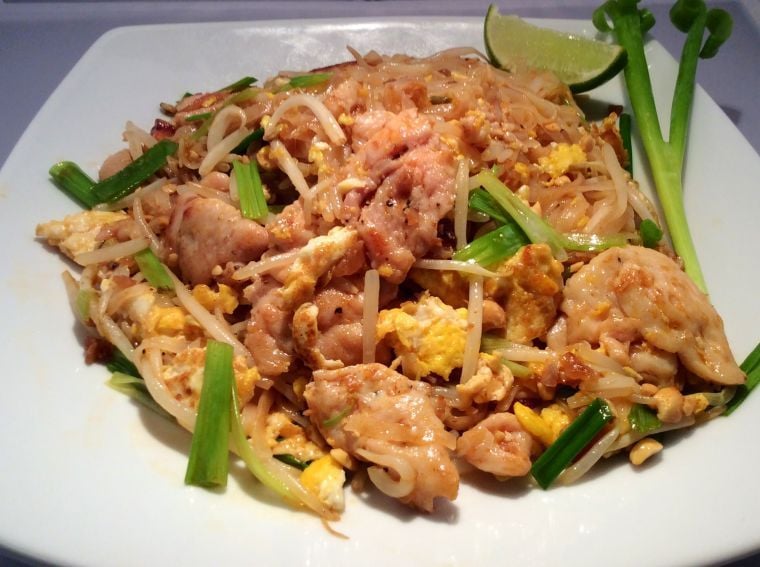 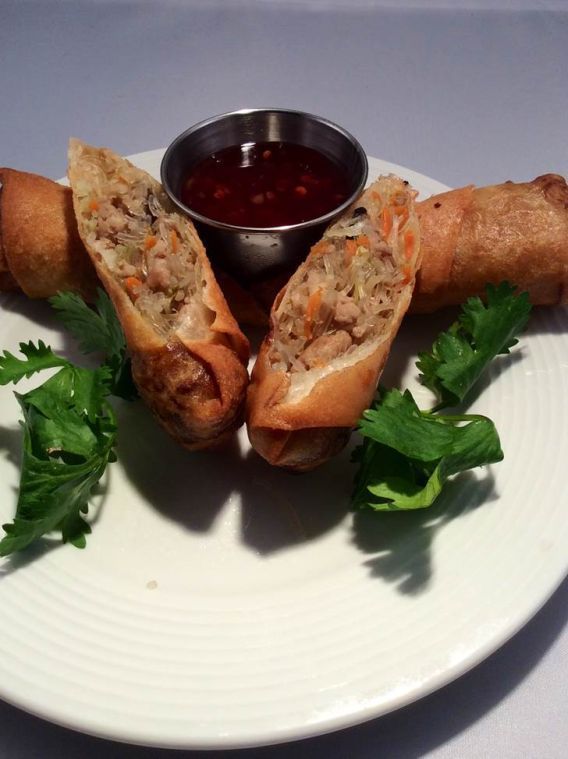 Ground pork stuffed and vegetarian spring rolls will be available from the Thai This food truck.

CHRISTIANSBURG — A new food truck will soon begin asking people in the region to give it a shot.

Or, perhaps more accurately, to “Thai This.”

The Christiansburg-based Thai food truck Thai This is set to make its official debut this weekend at Parkway Brewery in Salem and follow it up with two stops in the New River Valley next week.

It will mark an important milestone for co-owner and Thailand native Jang Lawson, who has dreamed of sharing her native food with the area since she relocated here five years ago.

“It’s huge. I mean, I always think I want to do something on my own, but I never think it’s going to be food. ... But once I’m over here, the food is something I’m craving, and I think it might be something I want to do,” Lawson said.

In 2007, the now 38-year-old was living in the Surin province of northeast Thailand when she had a chance online encounter with Radford High School graduate Brian Lawson.

“We were in the same chat room and just started talking. ... Three months later, she invited me over, and life has been totally different since,” Brian Lawson said.

The couple decided to marry, and Jang Lawson made the adjustment to living full time in the New River Valley in January 2009.

“I think that all we heard out of her for the first two months was, ‘It’s cold. It’s cold,’ ” Brian Lawson said.

Along with the climate, Jang Lawson said she struggled with the small amount of Thai food available in the area.

“When I eat burgers, it seems like a snack to me. I need to eat rice, and I need to go find my food to eat,” Jang Lawson said.

“I just need something to remind me of my home.”

Two years ago, the solution to her dilemma developed when she, her husband and his lifelong friend Steve Widner took a job catering a friend’s wedding in North Carolina.

After feeding the 120 guests, the trio brainstormed ways they could combine Brian Lawson’s and Widner’s experience in the food industry — both men have spent their careers working in either restaurant management or food sales — with Jang Lawson’s recipes.

Brian Lawson said they decided a food truck was the best choice because it would allow them to travel to areas in Southwest Virginia that did not already have venues for Thai food.

They employed Prestige Food Truck of Orlando, Florida, to build their custom black 24-foot truck, which includes a heavy-duty wok range and is highlighted by red and yellow Thai-themed graphics. Prestige lists the total value of the project at $125,000 on its website.

While the truck is impressive, Brian Lawson credits his wife and her recipes with the group’s key to success.

“The little lady with the big truck — she’s the magic behind the business,” he said.

Jang Lawson’s current menu consists of six main dishes, which range from extremely spicy to mild and all cost less than $10.

Jang Lawson said it might be a challenge to overcome the stereotype that Thai food is all extremely spicy, but Widner believes her food will speak for itself.

An admitted sufferer of acid reflux, Widner said a typical meal featuring hot sauce would leave him in quite a bit of pain. But that’s not the case with Jang Lawson’s food.

“She can cook some of the spiciest [stuff] you’ll ever put in your mouth, and it’s never given me heartburn, not one time,” Widner said.

Prior to meeting Jang Lawson, both men admitted they’d never tried Thai food, but now they can’t wait to share her native dishes with others.

“Thai this — it basically sums up what we’re trying to do here,” Widner said. “Getting out there and getting people to ‘Thai’ the food.”

The Thai This food truck will be at Parkway Brewery in Salem from 3 to 8 p.m. Saturday and from 2 to 6 p.m. Sunday.

In the New River Valley, the truck will be at the Virginia Tech Corporate Research Center from 11:30 a.m. to 1 p.m. Aug. 7. The following day, the truck is scheduled to be at the Radford by the River event at Bisset Park beginning at 5:30 p.m.

Steve Widner (from left), Jang Lawson and Brian Lawson are set to debut their new 24-foot Thai This food truck this weekend in Salem.

Steve Widner (from left), Brian Lawson and Jang Lawson stand outside the food truck they had custom made in Orlando, Fla.

Ground pork stuffed and vegetarian spring rolls will be available from the Thai This food truck.