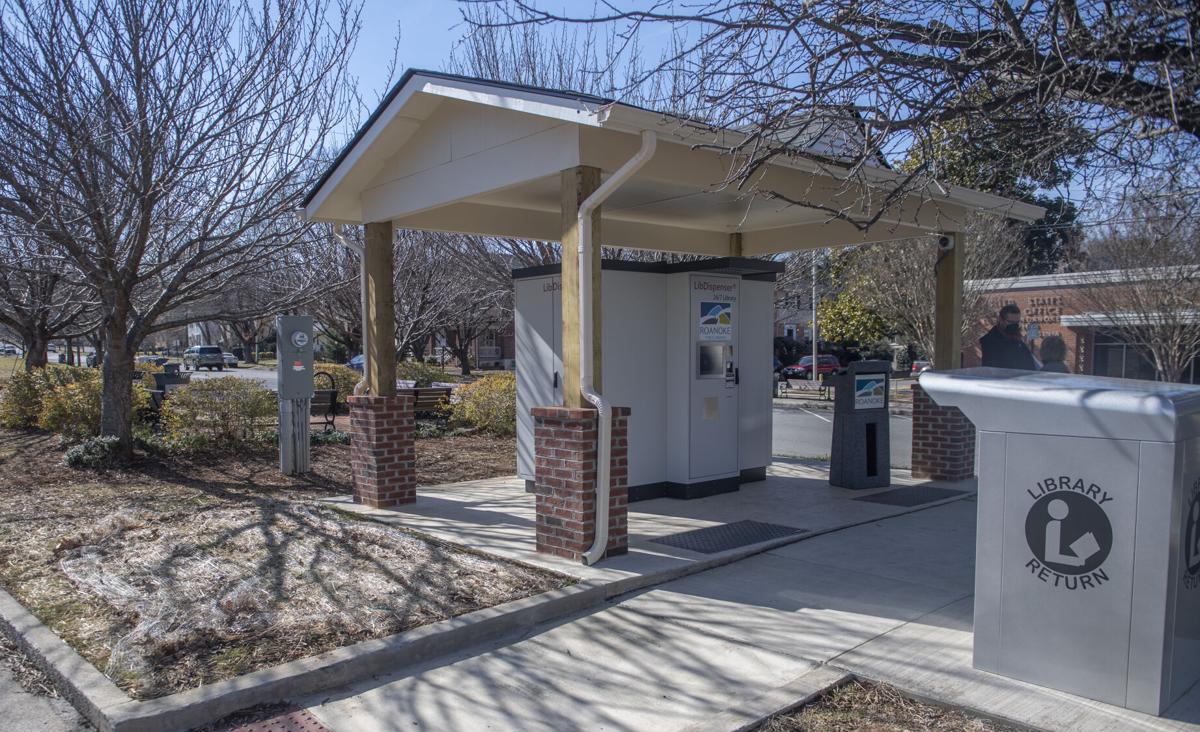 The new Crystal Spring “e-branch” library, which opened for business in South Roanoke on Monday, is the culmination of two years of planning. The self-service kiosk looks like an automatic teller machine affixed to a large, metal bin that holds more than 500 books and DVDs. 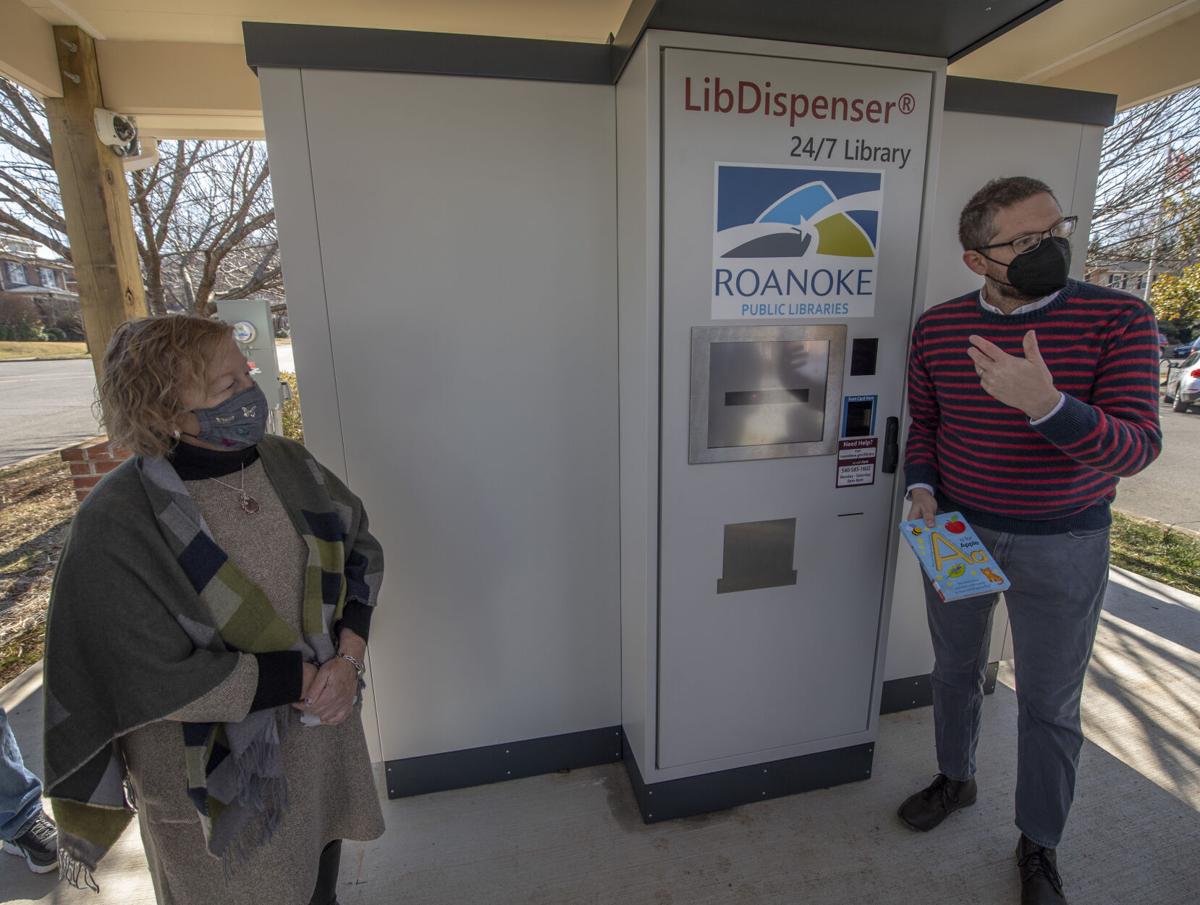 With the scan of a library card and a few touchscreen taps, Anne Piedmont selected a book from a large metal machine that stands in a covered pavilion in the heart of South Roanoke.

After a few seconds, a small door slowly slid open, and a copy of Elin Hilderbrand’s “28 Summers” emerged from the contraption. The new Crystal Spring “e-branch” library was open for business.

The self-service e-branch was dedicated on a sunny, crisp Monday afternoon, the culmination of more than two years of planning and some minor controversy about where the book-filled kiosk should go in the neighborhood.

The freestanding e-branch looks like an automatic teller machine affixed to a large, metal bin that holds more than 500 books and DVDs. The self-service kiosk’s database technology, developed by a German company called MK Solutions, is the first of its kind in Virginia, said Sheila Umberger, Roanoke’s director of libraries.

During remarks before a small crowd gathered in front of the e-branch, Mayor Sherman Lea called the kiosk “the first 24-hour, seven-day-a-week library.”

The e-branch brings library options to mostly upscale South Roanoke, which does not have a neighborhood library of its own. The machine sits outdoors, covered by a roof, in a patch of grass wedged between Crystal Spring and Richelieu avenues across from the post office.

The project cost about $325,000 and is part of an overall library improvement plan that included major renovations of the Roanoke Main Library and neighborhood branches on Williamson Road and in Raleigh Court.

The city also has e-branches in Garden City and inside Valley View Mall, but neither is a stand-alone structure like the one on Crystal Spring.

Two years ago, the city’s preferred location for the e-branch was in a grassy area locals call “firehouse green” because of its proximity to Fire Station No. 8. The narrow, park-like space is part of a skinny green triangle that stretches for a couple of blocks. Many residents objected to the e-branch and accompanying pavilion being placed in an area that they considered neighborhood public space.

But Umberger listened to residents and worked with the Neighbors in South Roanoke organization. She and city staffers looked at 14 different places in South Roanoke before settling on a spot just across 23rd Street from the original proposed location.

“Our heart was always to be in the neighborhood center,” Umberger said of the location, which is near houses and several restaurants along Crystal Spring.

Barbara Duerk, representing the neighborhood group, said that Umberger and the city took residents’ concerns seriously when looking for a site.

“They listened to the neighborhood,” Duerk said. “The location was a challenge. Neighbors gave their opinions. It was a long process and I think they found the best location for South Roanoke.”

Lea said that convenience was a priority for the e-branch. The site is also reasonably close for employees of Carilion Roanoke Memorial Hospital.

“You can pick up something on your morning walk, or after dinner or after finishing up a late shift at work,” Lea said.

Even though the e-branch holds only a limited number of books and DVDs, library users can request materials from any library in the Roanoke Valley Libraries system to be delivered to the Crystal Spring kiosk. People can go online to rvl.info to place holds on materials that can be picked up at the e-branch.

Umberger said that she and her staff waited for several years for the technology to become available that would expand the e-branch’s offerings.

“We wanted it to be outside and we wanted a large database,” Umberger said. “This is what I was waiting for.”

South Roanoke to e-branch library: Stay off our lawn

The new Crystal Spring “e-branch” library, which opened for business in South Roanoke on Monday, is the culmination of two years of planning. The self-service kiosk looks like an automatic teller machine affixed to a large, metal bin that holds more than 500 books and DVDs.