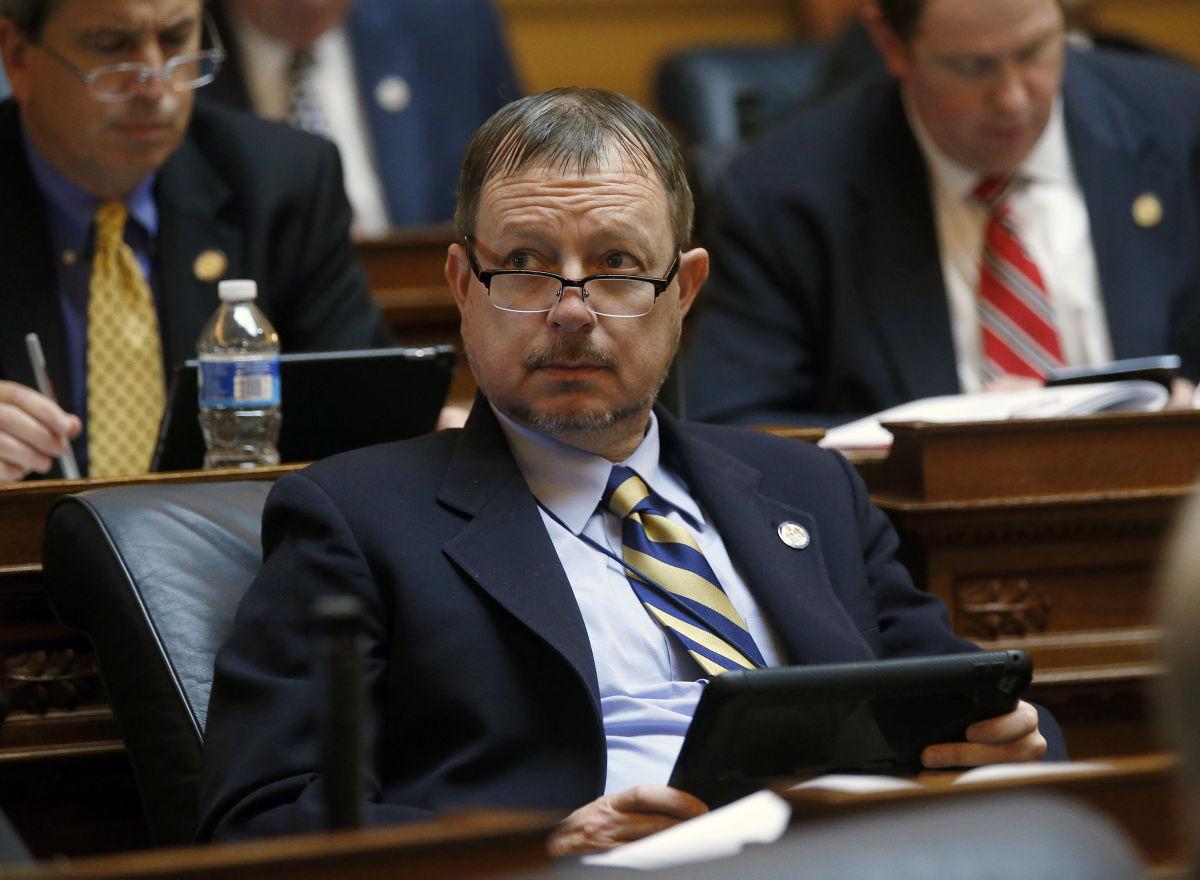 New River Valley Del. Nick Rush announced on Facebook that he will not run for reelection this fall. 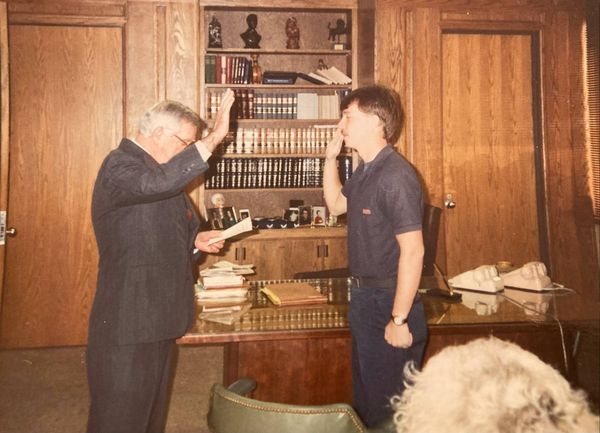 Nick Rush being sworn in after being elected to the Montgomery County Board of Supervisors in his first race.

Longtime New River Valley Del. Nick Rush says this year will be his last in the General Assembly.

The 52-year-old Republican, who has represented Virginia’s 7th House of Delegates District for a decade, announced on Facebook that he will not run this fall for a sixth term.

Reached by telephone, Rush said that the decision had been coming for a long time — that since 2011, when he first won a seat in the Legislature, he had thought that 10 years would be a good length of time to stay. Rush said that last summer he began thinking seriously about moving on.

Rush said there is no health issue or crisis pushing him, but that he thought it was time for a change.

“The people of the New River Valley have been great to me,” Rush said of his years as a delegate and before that, a member of the Montgomery County Board of Supervisors. “… People have put their faith in me and I hope I haven’t let them down.”

Former Speaker of the House Kirk Cox, who presently is running for the GOP nomination for governor, issued a statement calling Rush a close friend and colleague, and “the true definition of a servant’s heart.” Cox said Rush had always pushed to make college more affordable.

House Republican Leader Todd Gilbert released a statement thanking Rush for his service in the General Assembly and earlier, in the U.S. Army, and called him an advocate for economic prosperity in the New River Valley.

Rush, of Christiansburg, represents a district that covers parts of Montgomery and Pulaski counties and all of Floyd County. Rush’s present term runs until the end of this year.

Harry Collins, chairman of the Montgomery County GOP, said that after Rush’s Wednesday announcement he’d heard from four people who wanted to know more about running for the seat.

“My phone today has rang off the hook,” Collins said, adding that interest was coming in from different parts of the 7th District.

There also is interest on the Democratic side and a candidate likely will be chosen at a June 8 primary, Montgomery County party Chairwoman Jenni Gallagher wrote in an email.

“We are looking forward to running a candidate for this seat who will be a strong and effective voice for Southwest Virginia,” Gallagher wrote.

Rush has comfortably held onto the 7th District, winning about two-thirds of the vote in each of his three contested elections.

Twice Rush campaigned without opposition, including in his first state House election, when he ran to replace Del. Dave Nutter, who was making a bid for the Virginia Senate.

Before Rush won a seat in the General Assembly, he was a Montgomery County supervisor for 12 years and before that was a paratrooper in the U.S. Army.

In his Facebook post, Rush thanked voters for trusting a “23-year-old Fed Ex driver,” referring to his job when he first was elected to county office.

In his Facebook post, Rush listed an array of committee memberships, legislative offices and support for economic development and education as highlights of his time in the General Assembly. Among them were the Jefferson College of Health Sciences merger with Radford University and efforts to send more money to rural public schools, the Facebook post said.

“It is with great appreciation to the voters … that I formally announce my decision to not seek reelection this November,” Rush’s Facebook post said. “… It has been a true honor and incredible privilege to have served in the General Assembly for the past 10 years and I will forever be humbled by the trust placed in me to carry out the people’s work,” Rush’s Facebook post said.

In 2019, Rush started a political action committee called Point of Friction to help elect Republicans to the General Assembly. According to the Virginia Public Access Project, Point of Friction has taken in $40,500, with nearly half that coming from Dominion Energy. The political action committee currently has $21,572 on hand, Virginia Public Access Project reported.

Rush said that he plans to stay active in politics “in some smaller capacity” and might run for another office at some point.

“Looking forward to what’s next,” Rush wrote on Facebook.

New River Valley Del. Nick Rush announced on Facebook that he will not run for reelection this fall.

Nick Rush being sworn in after being elected to the Montgomery County Board of Supervisors in his first race.