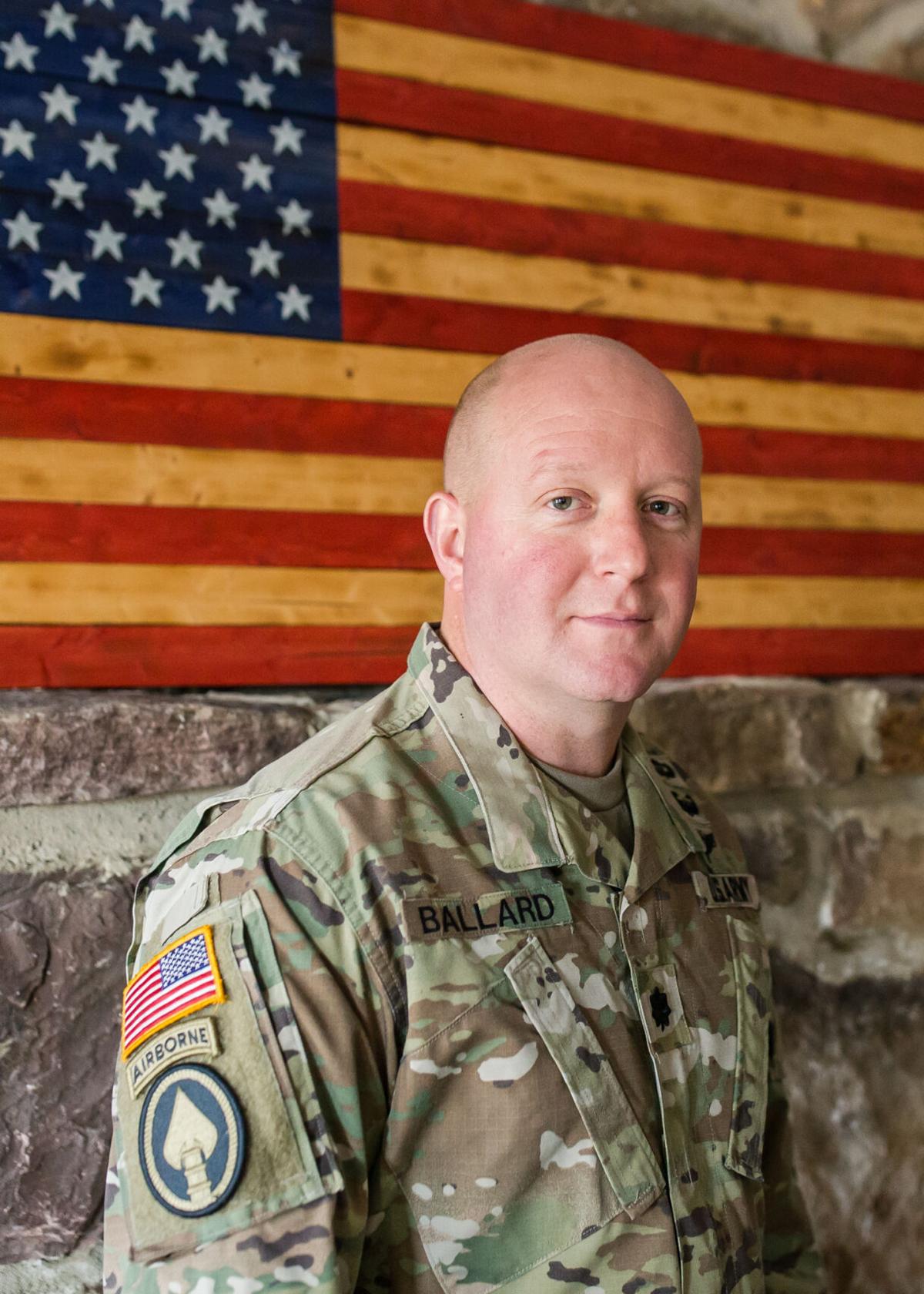 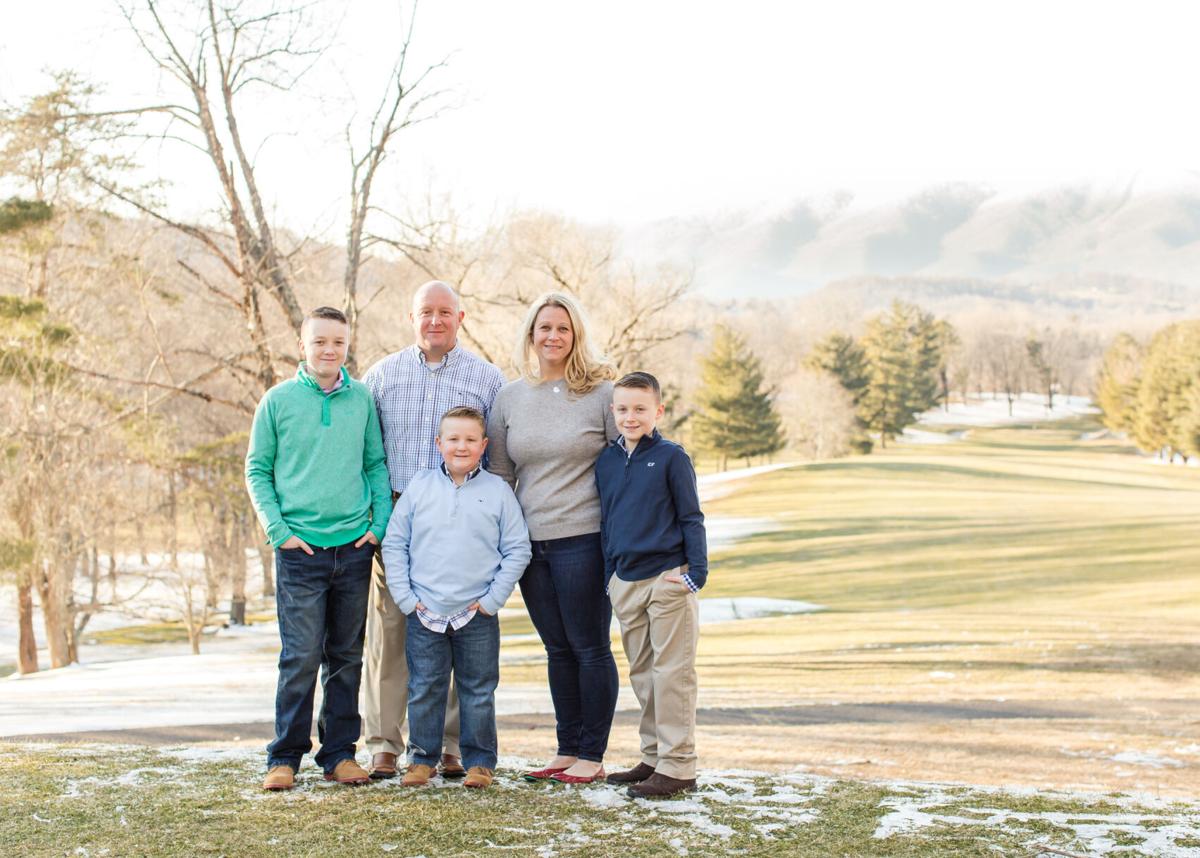 Jason Ballard, with his family, announced that he will run for the House of Delegates seat currently held by Del. Chris Hurst, D-Blacksburg.

A new GOP challenger has stepped forward in the 12th District.

Jason Ballard, 42, a Pearisburg attorney and town councilman announced that he will run for the House of Delegates seat currently held by Del. Chris Hurst, D-Blacksburg, in November.

In an interview this week, Ballard said a conversation with his three sons about internet problems and virtual learning inspired his candidacy.

Ballard said economic growth, broadband expansion and education will be major issues in his campaign.

“We obviously need job creation. We want to retain the businesses that are here. As you know, COVID have a tremendous impact on our small businesses. So we need to figure out a way to prop those folks back up and keep them in business,” Ballard said. “I have three boys in the public school system, and, you know, we need to fully fund our schools.”

Ballard pointed to a recent Roanoke Times editorial that criticized Virginia Democrats for turning their back on funding for Southwest Virginia schools.

“I want to bring that back to the forefront,” he said.

Ballard criticized Hurst for being absent from the rural parts of the district.

“He has been pandering to Northern Virginia, and he hasn’t even been present in Southwest Virginia,” Ballard said. “And only now that he’s facing a strong challenge from me is he even focusing on Southwest Virginia. And that’s all for selfish reasons.”

Ballard pointed to his 12-year Army career and his experience as an attorney, both as a military lawyer and now in private practice in Pearisburg as selling points.

“I spent 12 years on active duty; I had four deployments to the Middle East. I was in Afghanistan, Iraq, various other parts of the Middle East with a special operations unit. So I bring some of those leadership lessons from the military into the campaign,” Ballard said. “And that’s how I’ll approach being a delegate for the district. I’ll be a leader, not a follower.

“I’m a lawyer, so I think I will be able to understand the issues, perhaps more so than Mr. Hurst, who I think just engages in surface-level readings and understandings of the bills,” Ballard said.

Ballard said he has been studying Hurst’s legislation and would like to debate him on the issues — if Hurst is willing.

The 12th District includes Radford and parts Montgomery, Pulaski and Giles counties. Hurst, 33, unseated Republican Joseph Yost in 2017, two years before a “blue tide” of Democrats would win control of the statehouse and governor’s office.

“I welcome a challenger this year as I always have, and I look forward to the exchanging of ideas that come with free and fair elections. I am incredibly proud of my record and the things I accomplished for the New River Valley. From taking a huge step toward bringing passenger rail service to the NRV to getting frontline nurses and healthcare heroes the support they deserve. But there’s more work to be done. We need to address the rising cost of housing for families and young people across the New River Valley. We need to continue our efforts to make broadband more accessible and affordable. Most importantly, we must open our schools safely and as soon as possible. I am honored to serve the constituents of the 12th district, and I look forward to continuing to do so.”

Ballard is the second GOP candidate to step forward in the district.

Last month, Montgomery County businessman Larry Linkous announced that he would challenge Hurst, but soon after Linkous stepped out of the race.

At the time, Linkous said his business was keeping him busy and other things had come up. He also said an unnamed Giles County candidate would likely step forward.

Ballard still could potentially face a primary challenge for the Republican nomination. Candidates have until March 25 to file.

Jason Ballard, with his family, announced that he will run for the House of Delegates seat currently held by Del. Chris Hurst, D-Blacksburg. 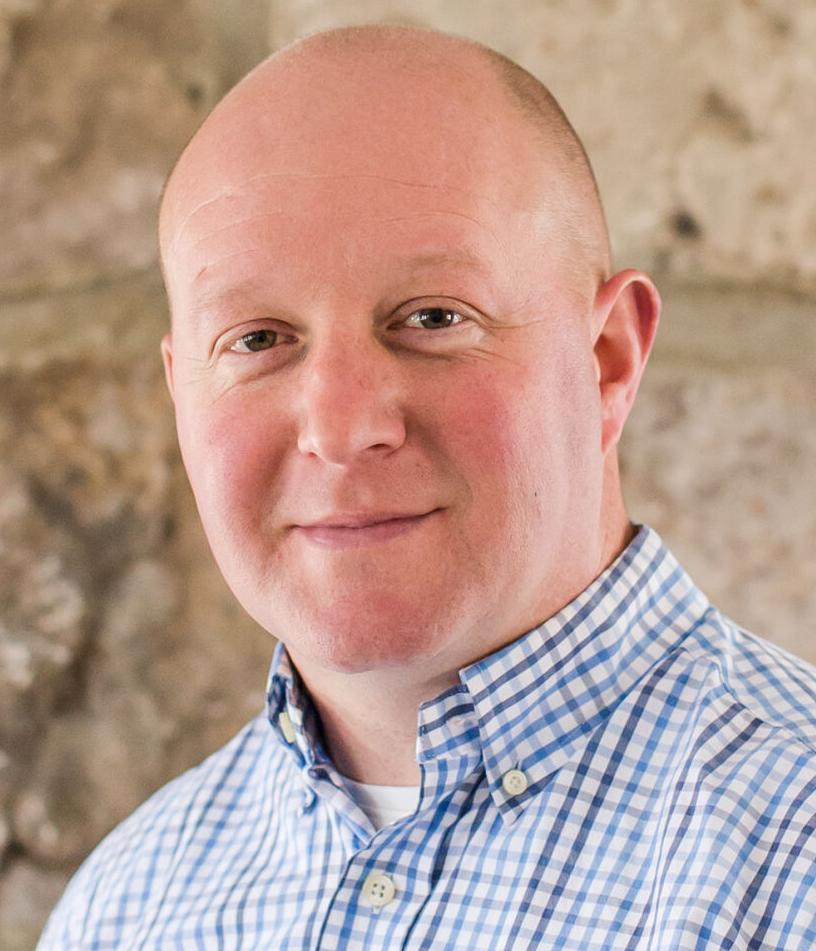