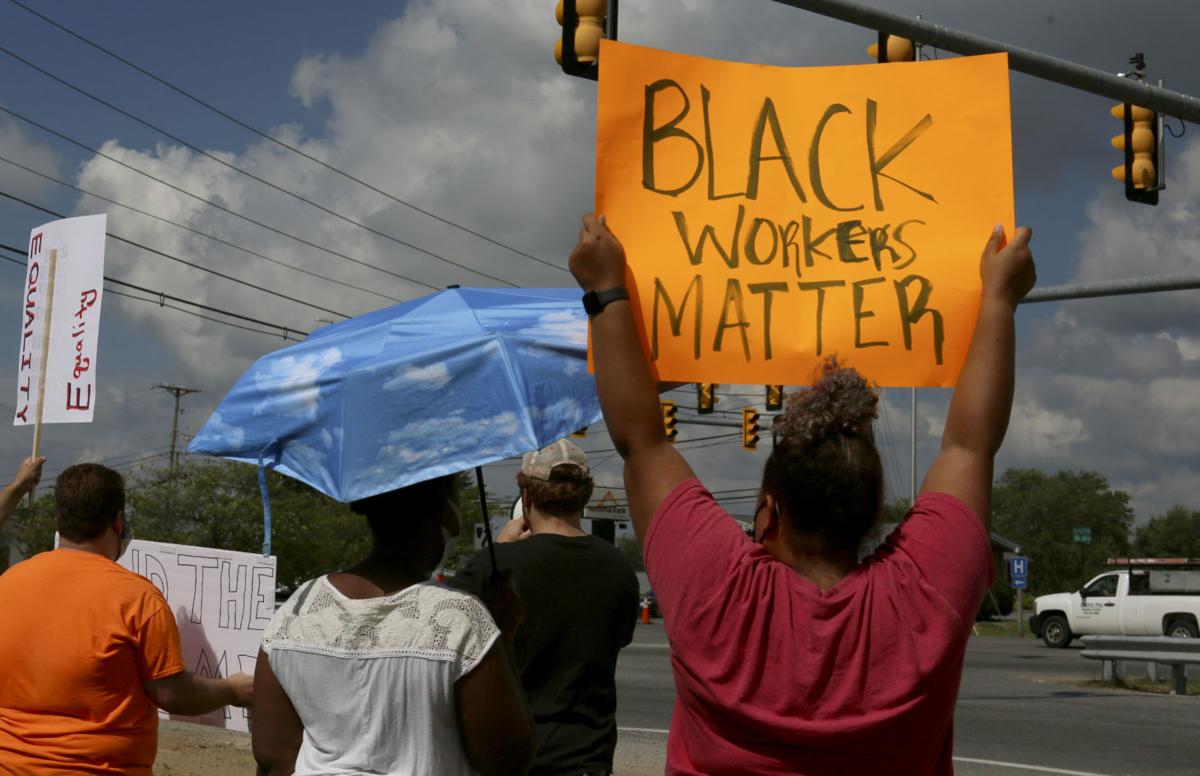 About 20 protesters assembled at the South Main Street and Yellow Sulfur Road intersection in Blacksburg for about an hour Thursday. 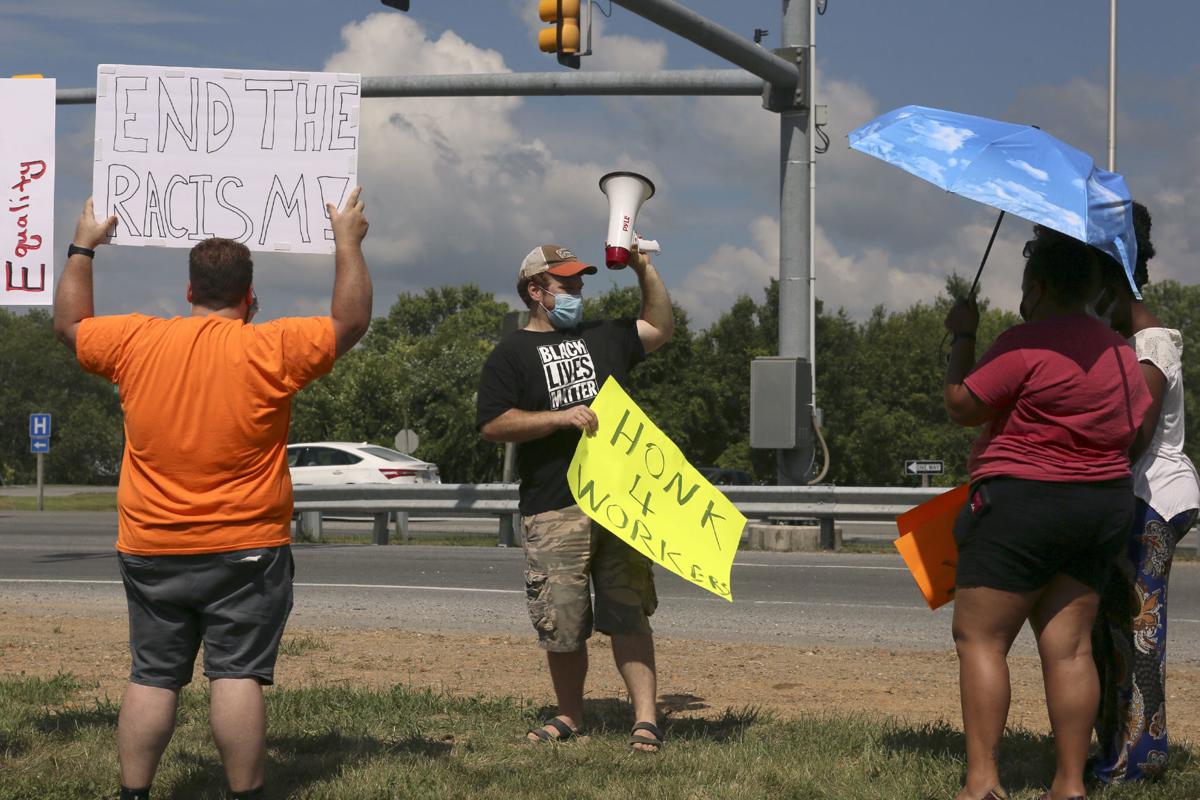 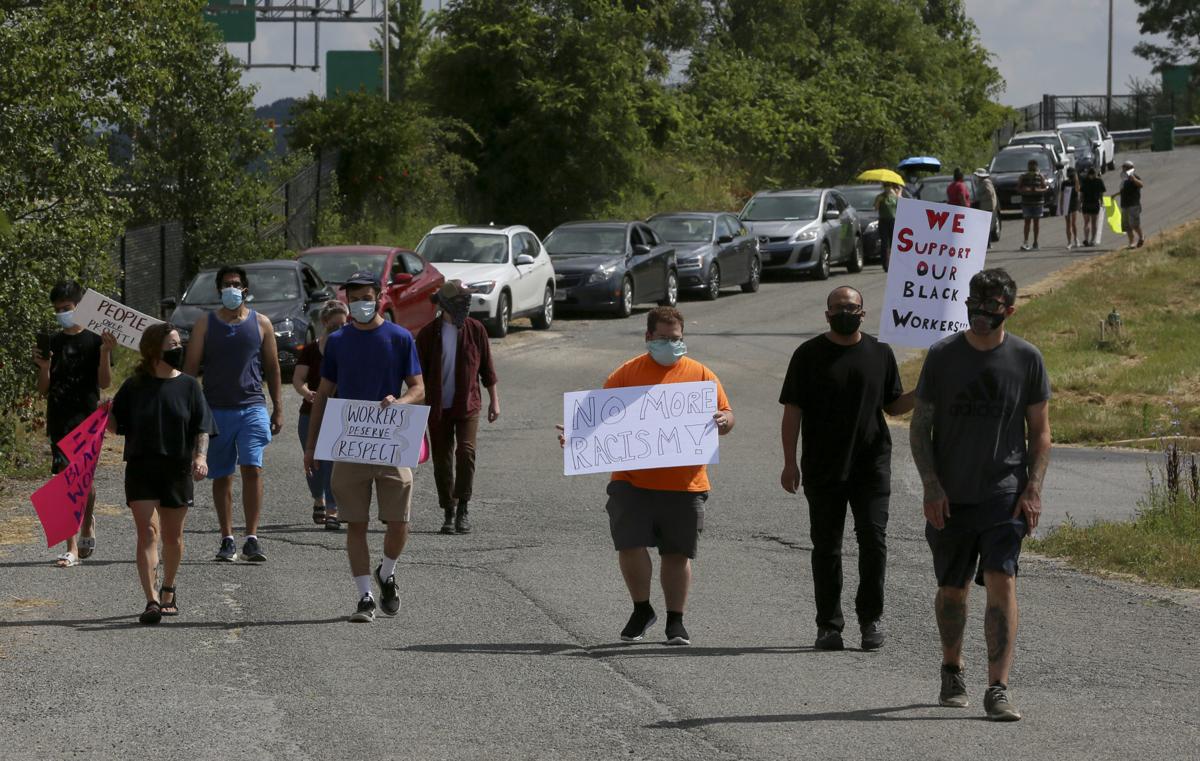 A small protest was held Thursday in support of Warm Hearth Village workers that have made claims of experiencing racism while on the job. 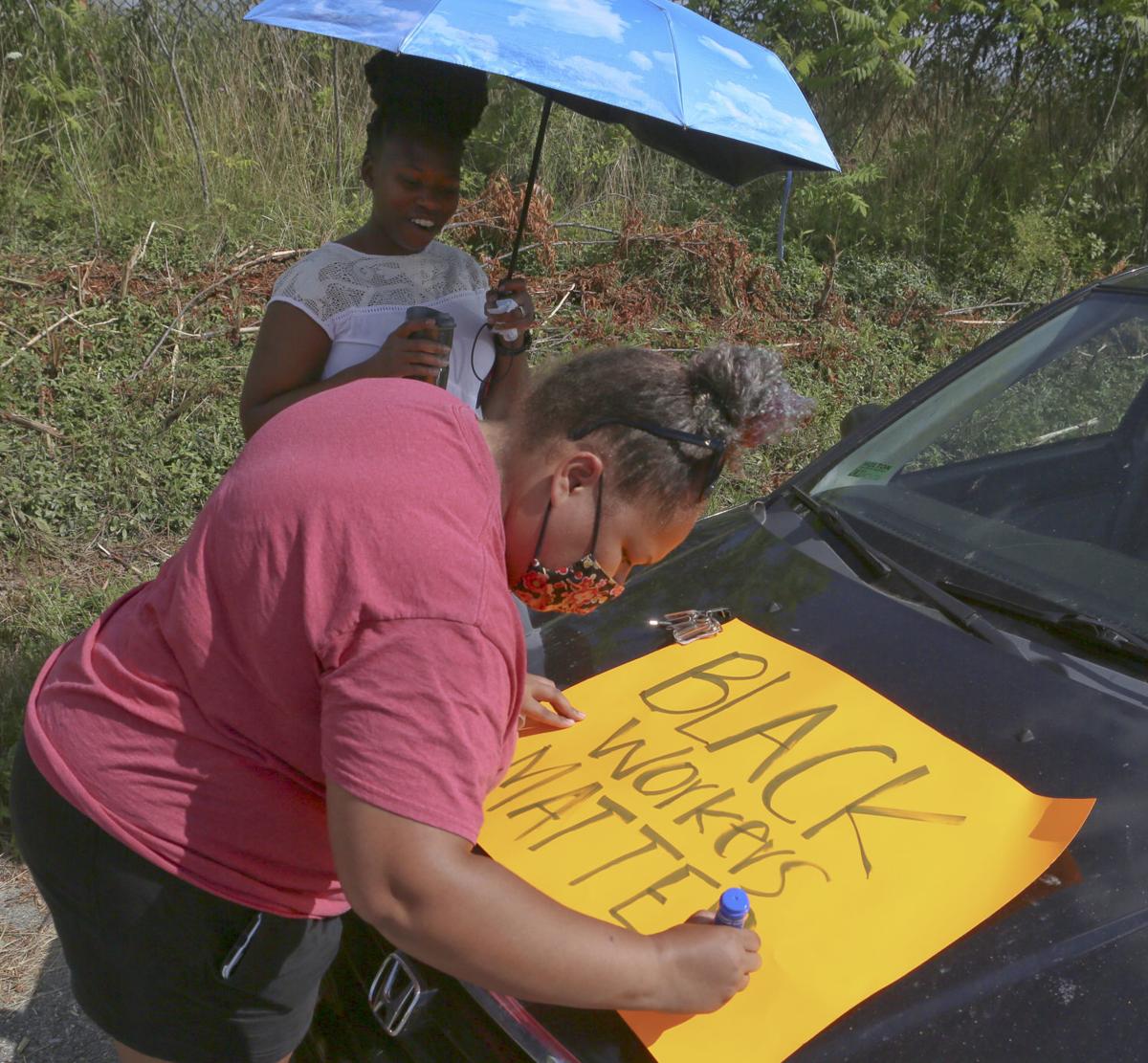 BLACKSBURG — About 20 people rallied Thursday along U.S. 460 in support of Warm Hearth Village workers who say they have experienced racial bias in the workplace.

The rally was organized by New River Workers Power, a grassroots labor and tenant rights group on behalf of the Warm Hearth Village Workers Committee.

Adam Ryan of Workers Power said Warm Hearth employees contacted him asking for help in drawing attention to their grievances. None of the complainants attended the rally, and phone messages seeking comment from the workers committee were not returned Thursday.

Since the rally was announced Wednesday, Warm Hearth has issued statements to the public and to employees about its commitment to a discrimination-free workplace and asking employees with concerns to report them to a supervisor.

In a phone interview Thursday, Warm Hearth CEO Ferne Moschella said she has struggled with how best to respond to the anonymous complaints.

“Nobody from that committee has reached out to me or any of our managers,” Moschella said. “If we have employees who are disenfranchised for any reason, we want to hear from them. We want to know about it. We want to at least be given a fighting chance to understand the concerns and to act on them.”

Workers Power posted unsigned testimonials on social media that allege discrimination, including bias in scheduling of black workers and the use of racial slurs by staff and patients. And the group has called for the 600-resident continuing care retirement community to take a list of actions against patients and staff who engage in racist or discriminatory behavior.

Moschella said her staff thoroughly investigates all worker complaints, and if they are found to be credible that can lead to “education, disciplinary action, training efforts, changes to our policies if need be and anything in between – anything we can do to right the wrong if there is a wrong and to prevent it from happening in the future.”

“Everybody is not going to be satisfied with what we do or don’t do – I get that,” Moschella said. “But it’s hurtful to think that we are being painted with this ugly brush stroke that we are this racist condoning workplace, and we have worked very, very hard to be the opposite of that.”

“I’m fortunate enough to say I haven’t experienced any racism myself there,” Sears said. “But I’m here to support those who can’t say the same.”

A Roanoke man died Saturday morning while canoeing on the New River, according to the Virginia Department of Wildlife Resources.

About 20 protesters assembled at the South Main Street and Yellow Sulfur Road intersection in Blacksburg for about an hour Thursday.

A small protest was held Thursday in support of Warm Hearth Village workers that have made claims of experiencing racism while on the job.