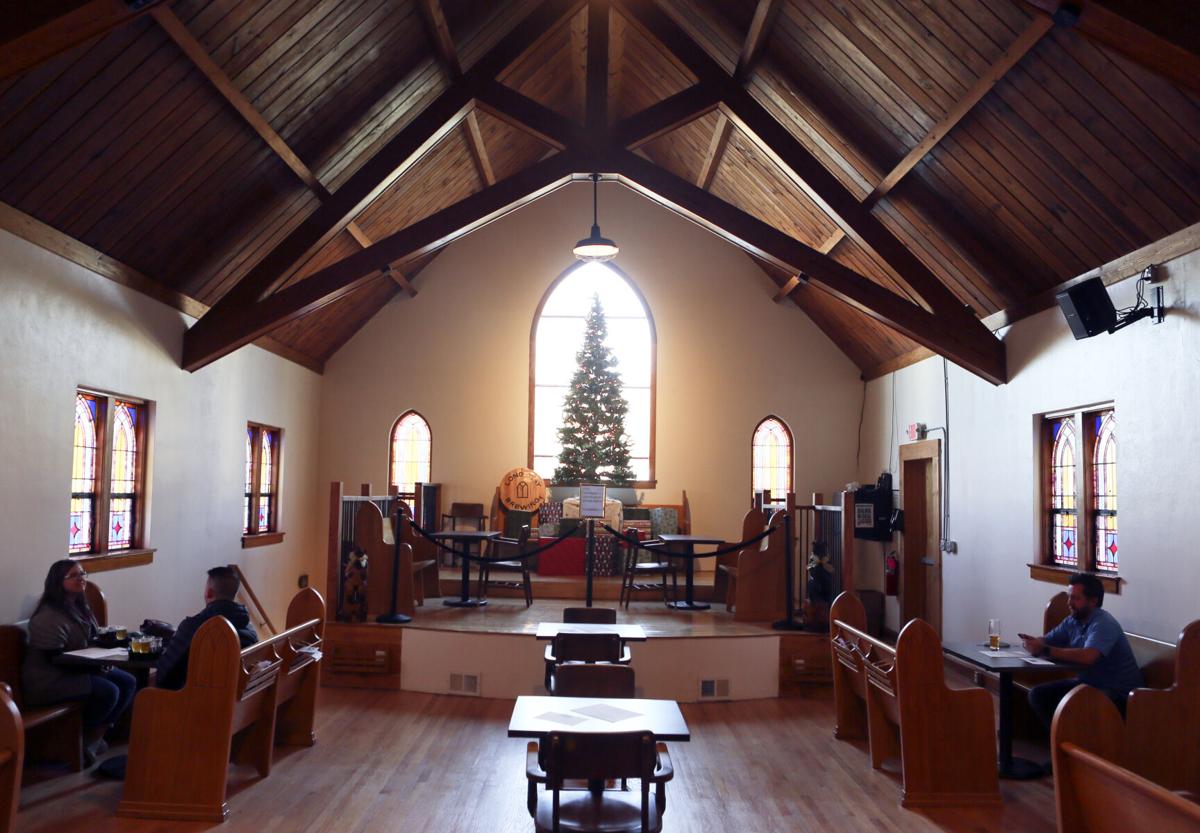 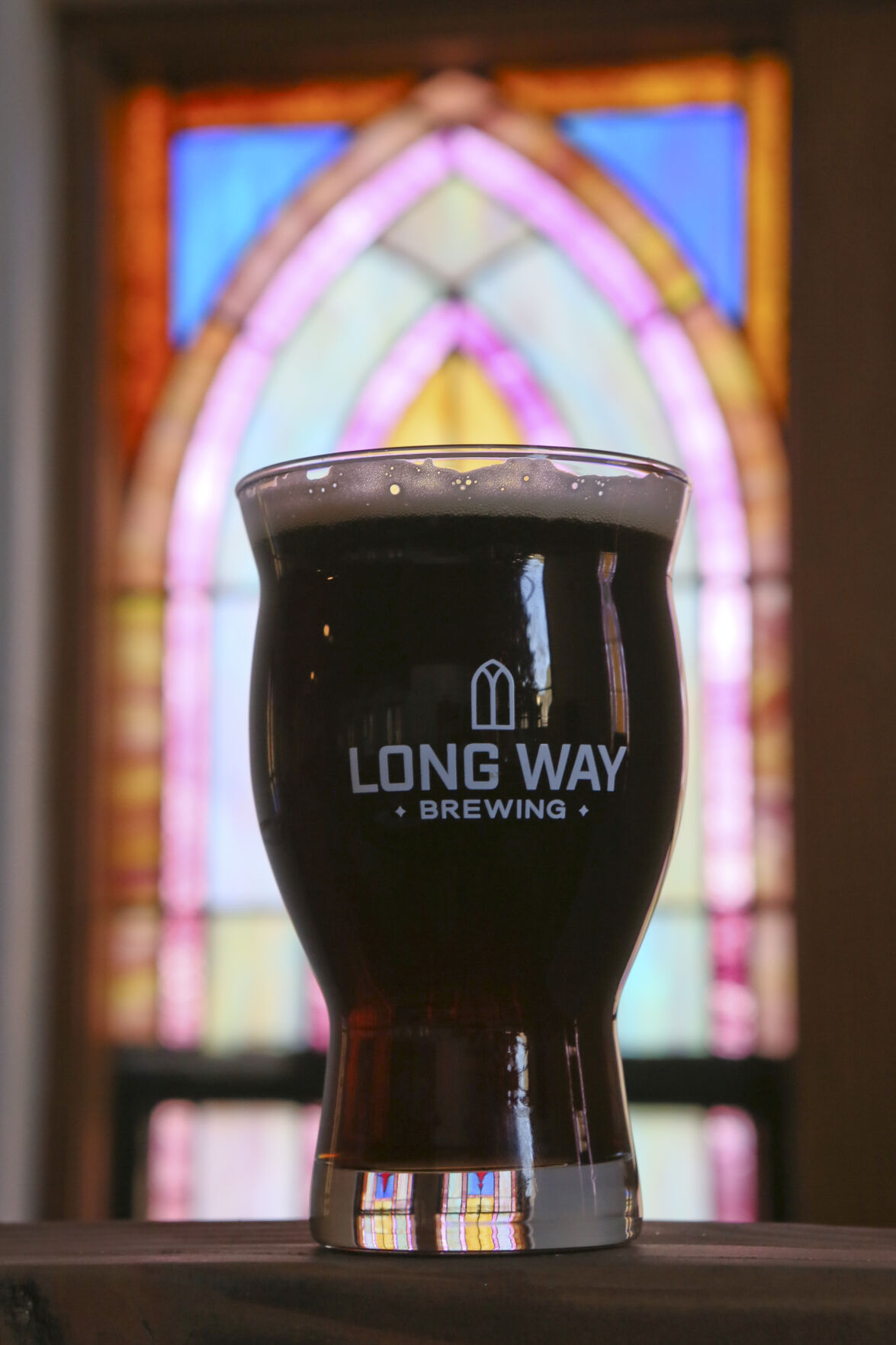 Mary Mary Why You Buggin’ English brown ale is one of the offerings at Long Way Brewing in Radford. 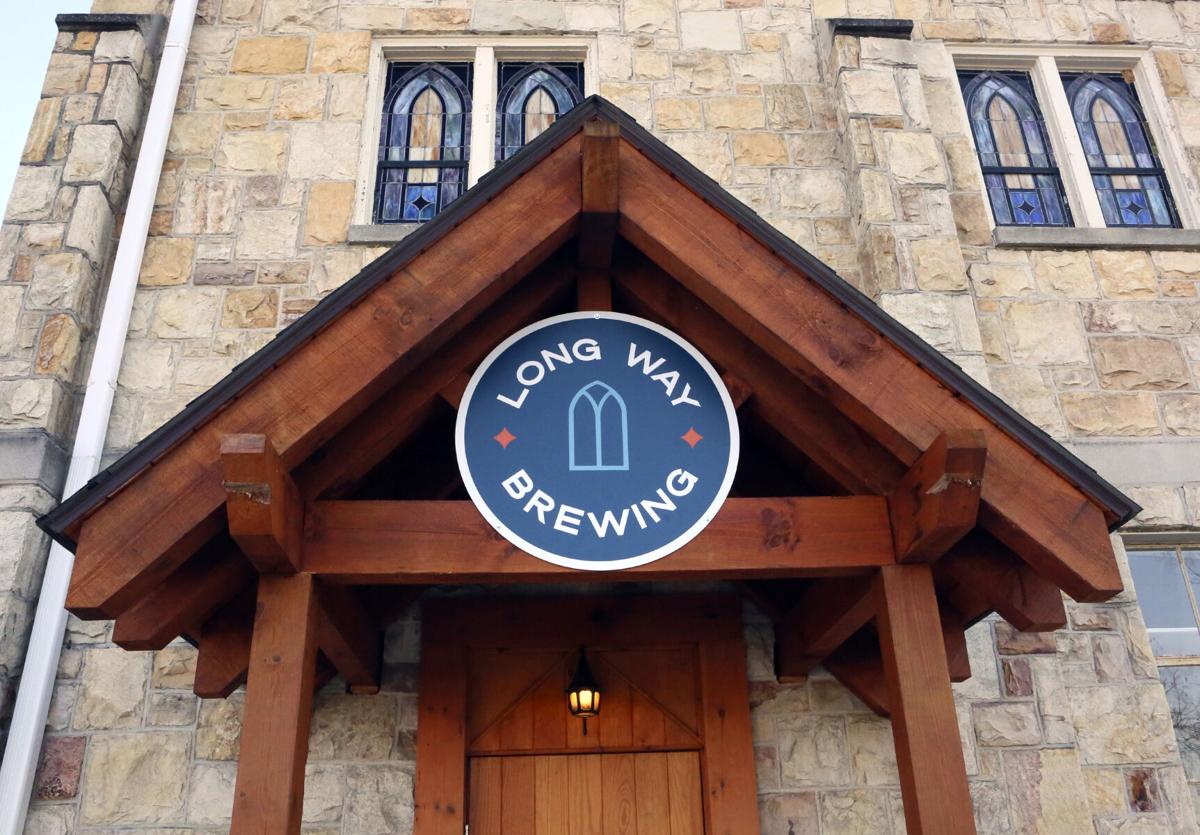 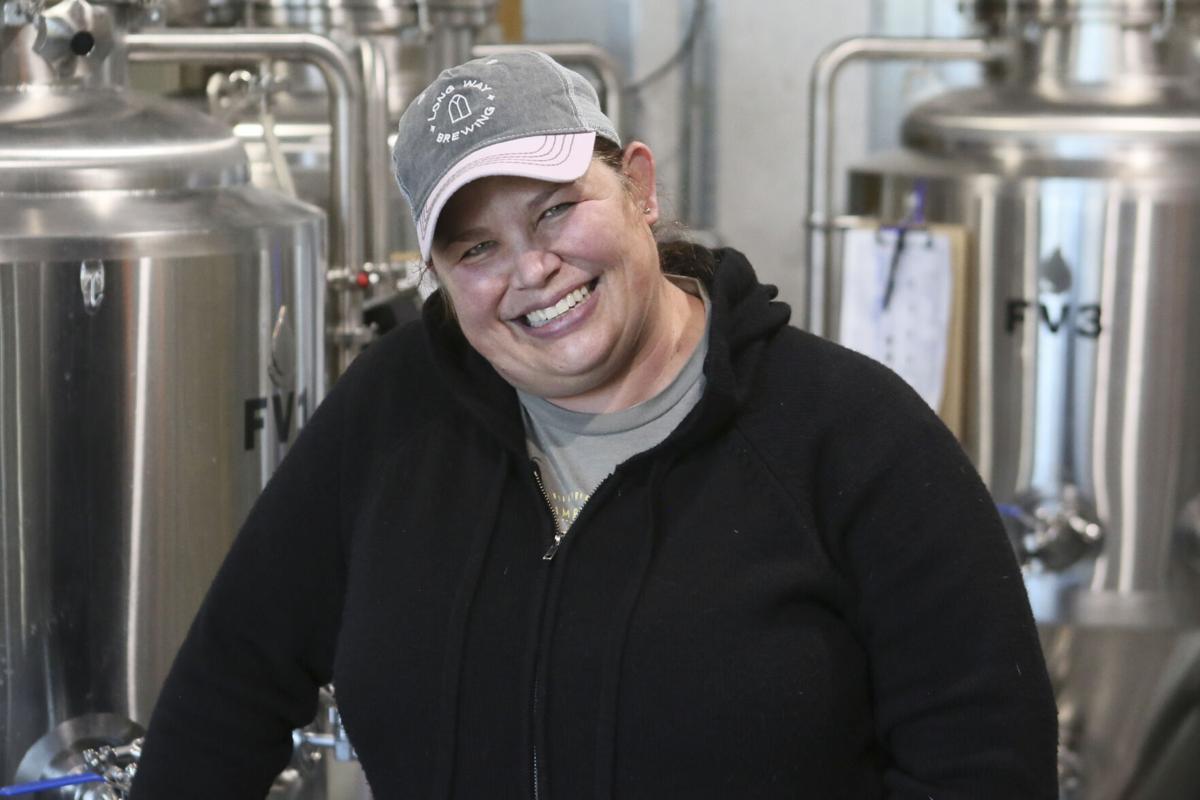 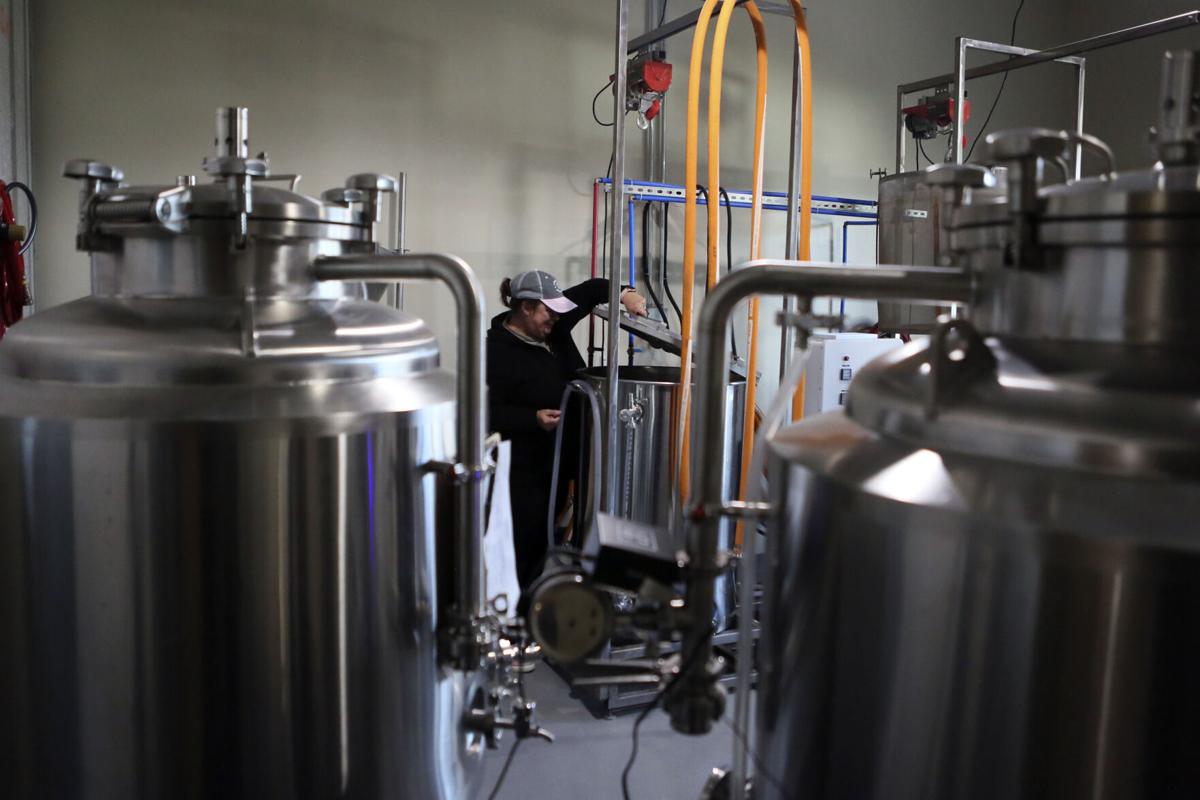 Kim Pensinger checks one of the nano-brewery pots just off the tap room. 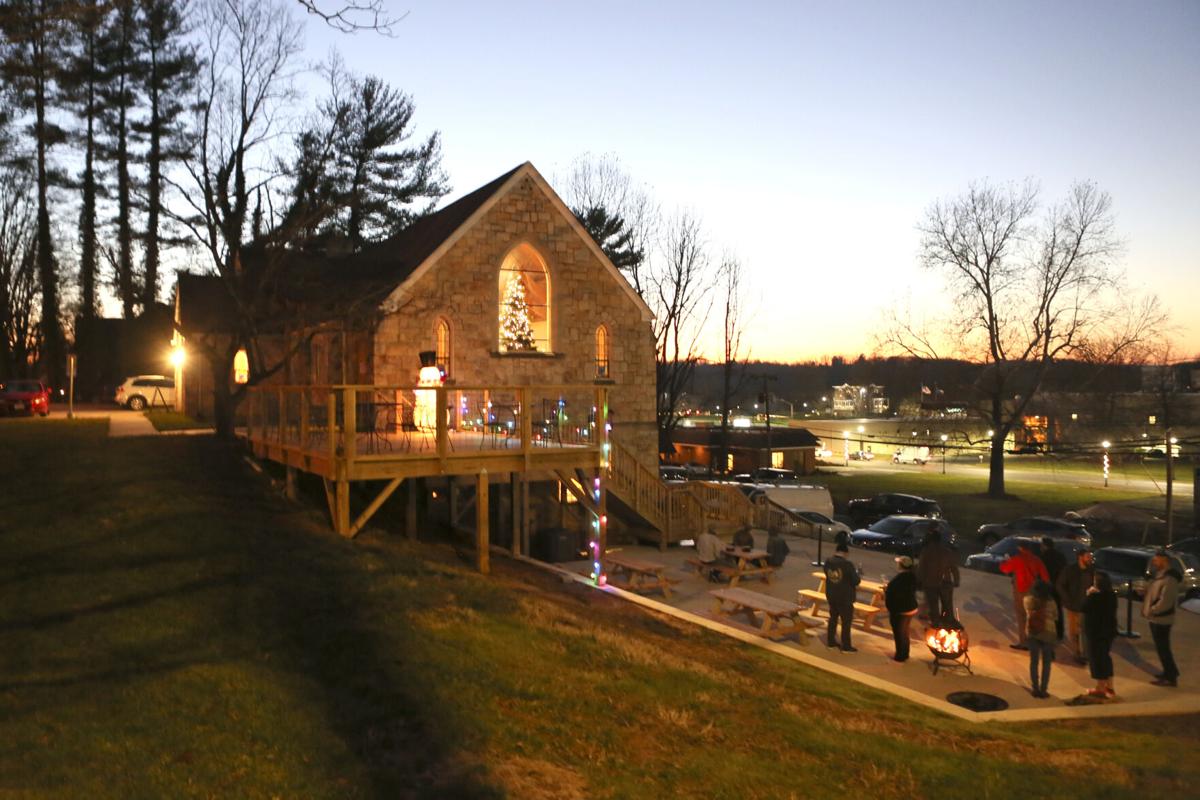 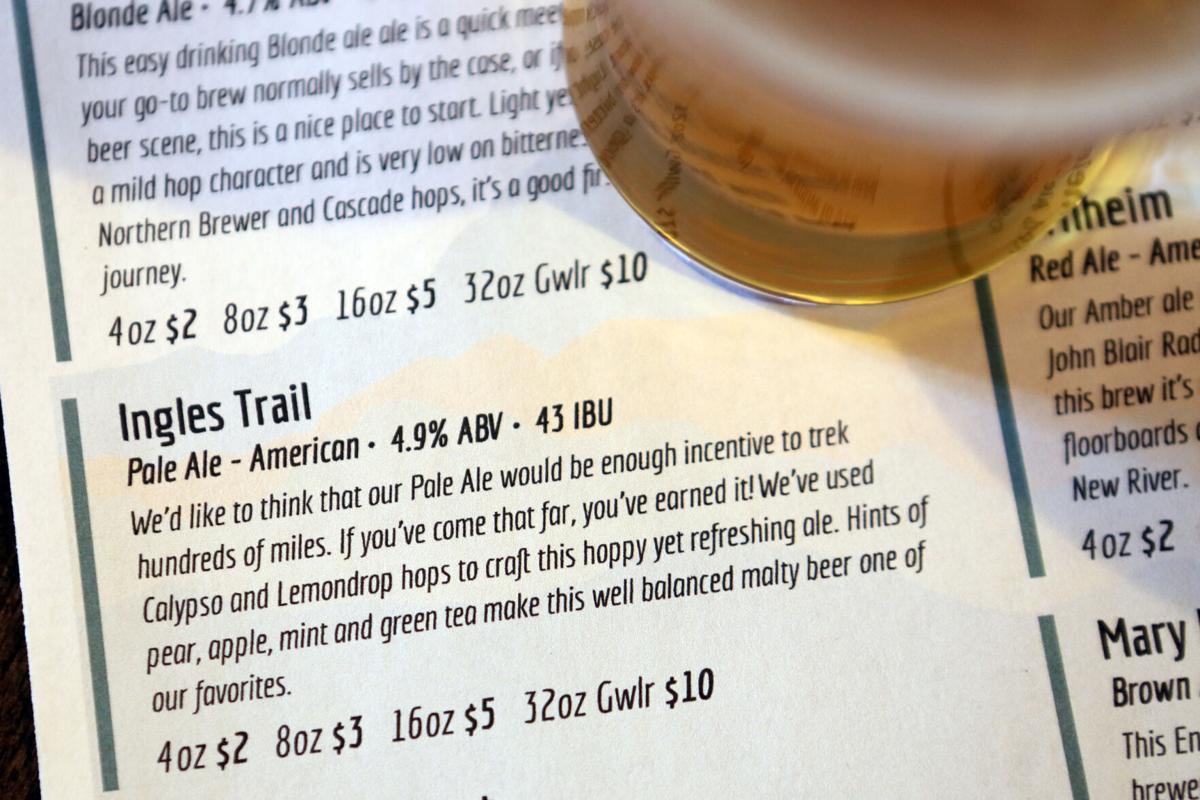 The Ingles Trail American pale ale is one of eight offerings.

RADFORD— Like the frontierswoman’s story who inspired it, the city’s first brewery is now open after an extensive journey.

The idea for Long Way Brewing — a take on the historic Mary Draper Ingles’ trip home after escaping a Native American kidnapping — began six years ago when some friends decided to turn a hobby into a legitimate business, said one of the owners, Keith Weltens.

“We had a fairly large group of likeminded guys and gals that decided we all wanted to try and hangout together a little bit more, so we started brewing beer in the back of my house,” Weltens said. Then a few years into it we decided this has got some legs and maybe we should try to do some things.”

Weltens said making the finances work in Radford was one of the most daunting tasks of the process. Some investors came and went, but ultimately he and two others are the primary owners with a a few other silent investors, he said Thursday afternoon.

Weltens said the COVID-19 pandemic delayed the opening some, as they would have likely opened at the end of summer.

Additionally, finding the right building was important to Weltens and his cohorts as well. The location they purchased in 2017 for the brewery is the former Seventh-day Adventist Church on 2nd Street.

Weltens said the building was a perfect fit and making it into a brewery while maintaining the original look was important to him.

“You’re having to coordinate in a small space and think through the next 20 years and still keep the integrity of a building quite frankly many people consider iconic. People will flat out tell you it’s one of the prettiest buildings they see on a daily basis,” he said. “To not lose that which everyone holds dear and make it feel like its always looked this way was a challenge and I believe we achieved.”

The upstairs is where the main section of the brewery is, with two different areas for outdoor seating, while the downstairs is occupied on weekday mornings by Radford-Fairlawn Daily Bread, a local food bank that moved into the building in September of last year.

Weltens previously said he and Daily Bread agreed to a five-year renewable lease. It allows him to rent out the Daily Bread space on its off hours for banquets and other events, and some of the proceeds will go to Daily Bread. He has said that he offered the new space to the nonprofit at a discount.

Additionally, Weltens said the brewery has a program that gives brewery patrons the option of increasing their bills to the next dollar, with the proceeds going to help the food bank.

The two other brewery owners, Jeff Kleppin and Rob Gropman, are Radford residents. In addition to running Blacksburg’s municipal golf course, Kleppin is working at the brewery as its general manager. Gropman, is a former city councilman who chose not to run for reelection last May.

Kleppin said he has always been a beer enthusiast but he did not always brew beer. That changed after joining the group at Weltens’ home several years ago, and he recently got his beer brewer certificate from the Virginia Tech and University of Richmond collaborative program.

He said his love of craft beer is what attracted him to the project.

“The more I got into brewing the more I loved it. I love to create things... I thought I could add something to the project so I told Keith from the beginning if things start to roll I want to be a part of it, Kleppin said.”

The brewery currently has eight different beers on tap, and all but one were created by Long Way’s brewer, Kim Pensinger, who also lives in Radford and is making her debut as a professional beer maker. The include the “Mary Mary Why You Buggin’” English brown and the “Ingles Trail” pale ale.

Pensinger said she has been homebrewing for a while, and her husband is also the head brewer at Parkway Brewing in Salem.

Pensinger said she has been thrilled with the experience thus far, and the creative license the owners have given her to brew a variety of beers.

“I think the best part is the creativity. Trying to take the flavor profile from something completely different and making it work is so much fun,” she said.

Weltens said he hopes the brewery adds to the revitalization of the city’s west end and can be a gathering place people in the neighborhood can walk to and enjoy a few brews.

“Right now we are just enjoying the fact the we are finally open,” Weltens said. “It’s been a long journey and we are grateful for the community support.”

For ore information on the brewery and its offerings, visit www.longwaybrewing.com.

RADFORD — On Monday the city's longstanding food outreach program will move to a new permanent location for the first time in more than 20 years.

Mary Mary Why You Buggin’ English brown ale is one of the offerings at Long Way Brewing in Radford.

Kim Pensinger checks one of the nano-brewery pots just off the tap room.

The Ingles Trail American pale ale is one of eight offerings.