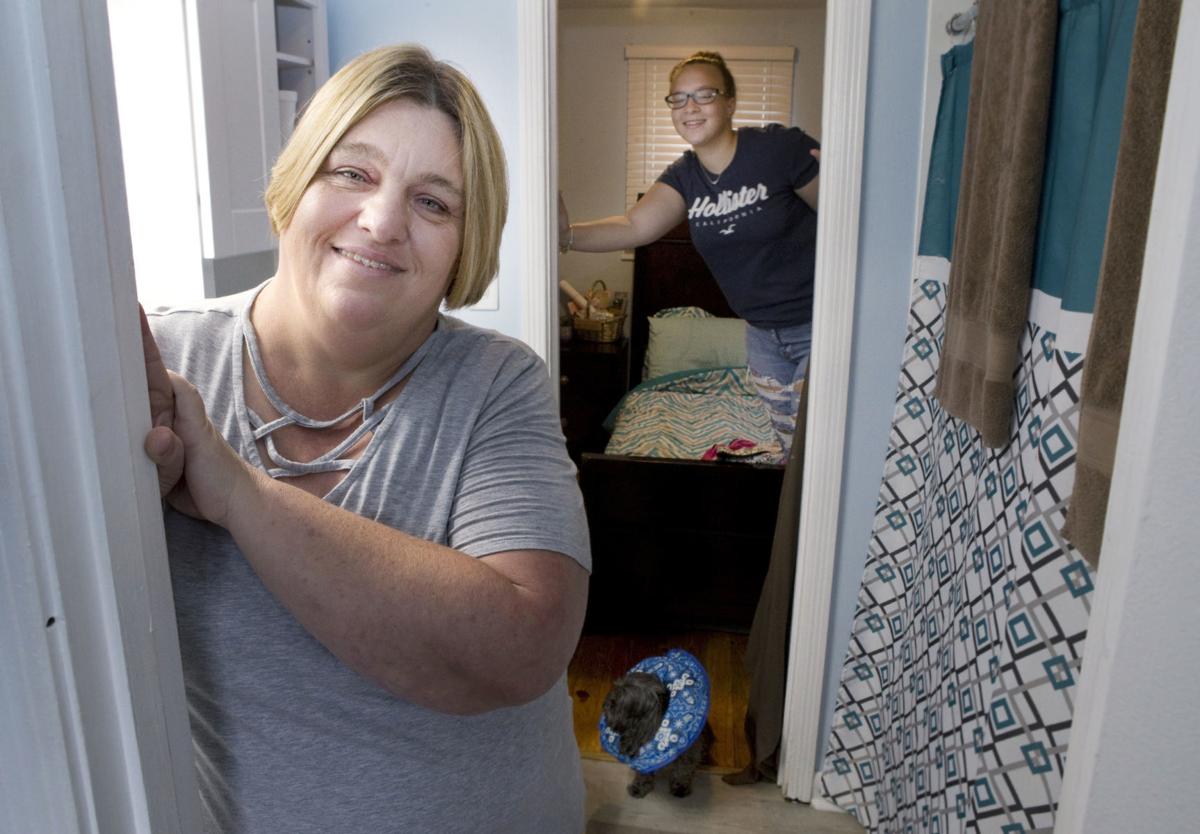 Cassandra McNeil looks through her bathroom door as her daughter, Jayden Hall, peeks out from her bedroom with their dog, Princess in their southeast Roanoke home on Wednesday. 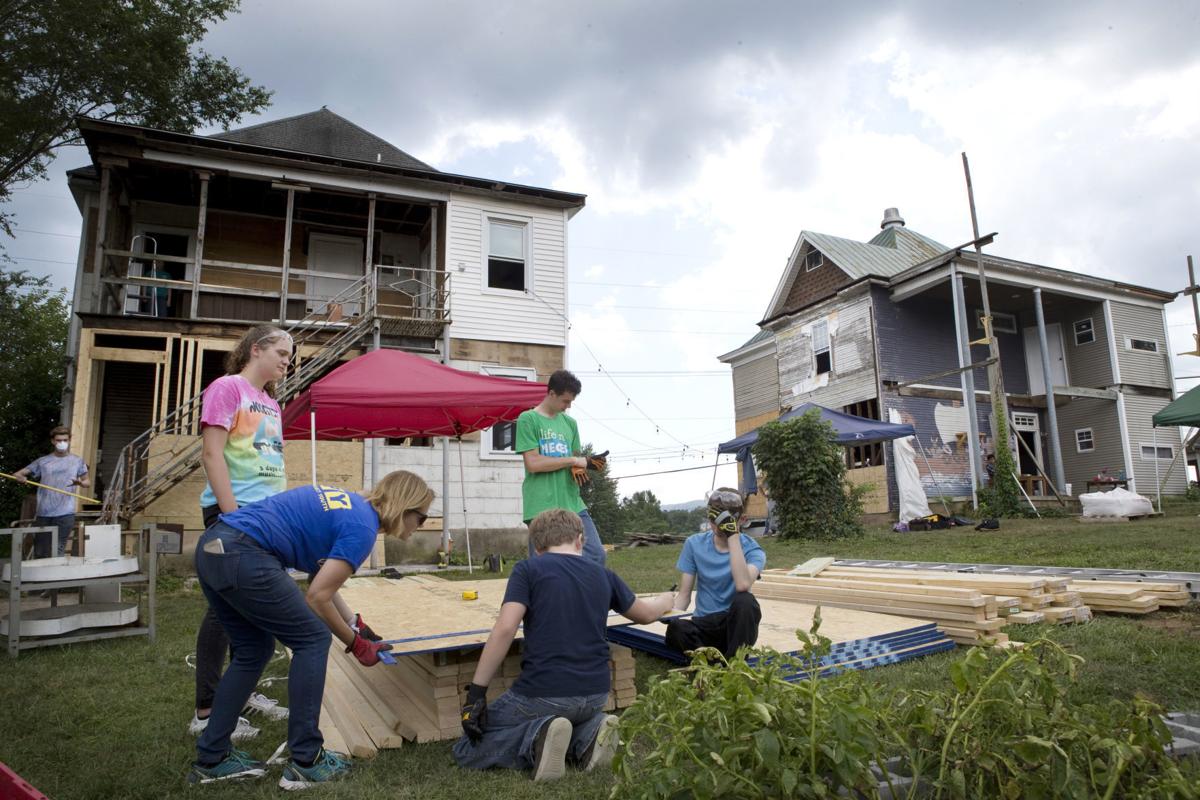 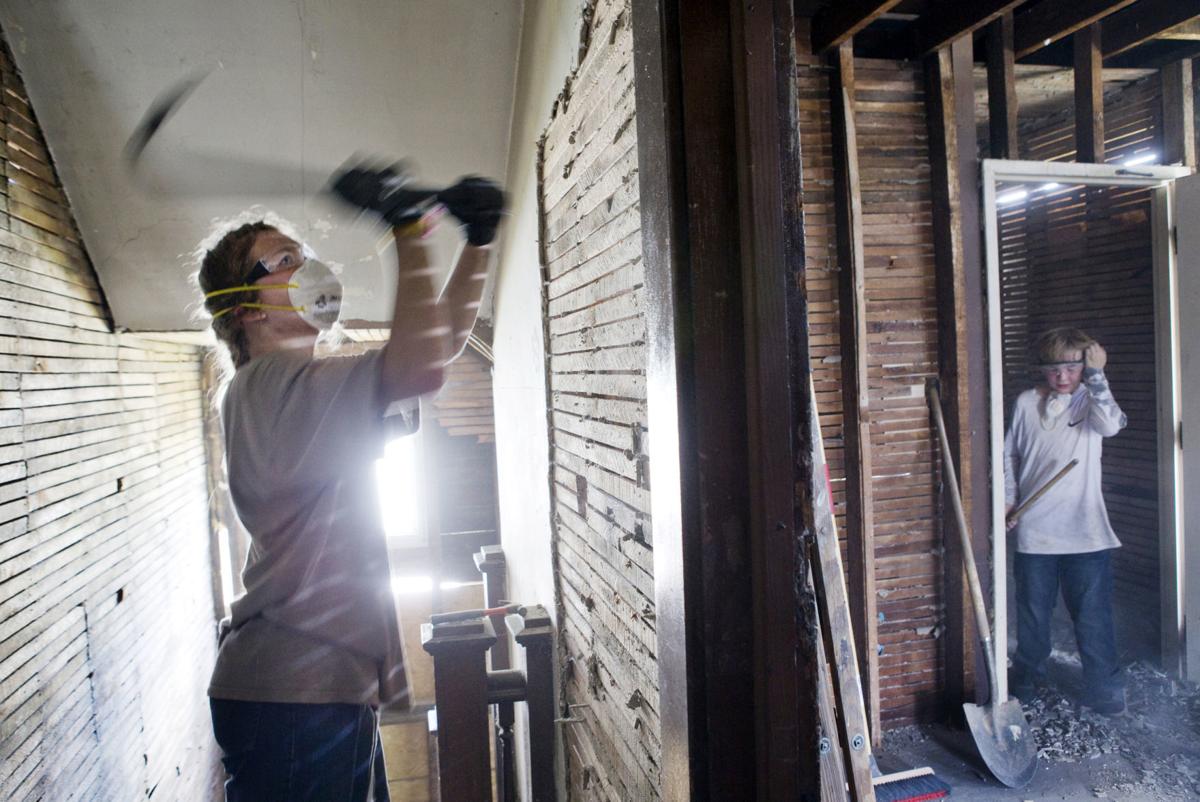 Cassandra McNeil thought she could never afford to own a home.

Born and raised in Roanoke, McNeil is a single mom. She struggled to find permanent housing with her 15-year-old daughter, Jayden Hall. The two rented or lived with family members, and moved multiple times.

Then McNeil, 46, learned of an opportunity that seemed too good to be true. A contact at Pathways in Roanoke told her about a nonprofit that repairs dilapidated houses in the city and sells them at a reasonable price.

The organization is called REACH, or Real Experiences Affecting Change, and it’s the brainchild of Tim Dayton, a handyman with a passion for community who created the nonprofit in 2010. The house restoration program, which launched in 2016, is called Neighborhood Revitalization.

McNeil sought to buy a REACH-owned house in the 1700 block of Edmund Avenue Northeast in February 2018. At the time, the single-story house needed serious work before anyone could live in it.

REACH relies heavily on donations and volunteer labor to fix homes. Workers are most abundant in the summertime, when churches and other community groups send teams for short stints.

The Edmund Avenue house had several needs. Crews gutted and rebuilt the kitchen, installed a new roof and windows, and built a front patio.

NcNeil wasn’t locked into the purchase. She could back out with no penalty. But after REACH finished a year later, McNeil knew it was perfect for her daughter and herself. She secured a personal loan and bought the property.

The two-bedroom house feels like a home. A ceiling fan spins above the patio. A small dog named Princess welcomes guests to the colorfully decorated living room next to the kitchen. Hall, a rising sophomore at Patrick Henry High School, said she’s thrilled that she and her mom have their own space.

“We don’t have to worry about finding a place to go anymore,” Hall said.

As one of the first buyers of a home restored by REACH, McNeil said she’s grateful for the program and sees it as a positive in the city.

REACH didn’t waste much time moving onto its next fixer-upper. Dayton said the organization’s policy is to use whatever profit it makes from a sale to cover the costs of its next project. Those funds went toward purchasing two adjacent homes — 1602 and 1608 Dale Ave. S.E. — within the past three years.

Dayton said REACH bought the houses from the city of Roanoke through an auction for $9,500 each.

The houses overlook a heavily trafficked section of Virginia 24 connecting Roanoke and Vinton. In 2016, members of the southeast Roanoke community led efforts to paint a mural on a concrete wall that runs along the stretch of road. The project was funded through a partnership with the city.

Dayton said the houses were built with nearly identical plans, and date from at least 1910. The property changed hands several times, but the two houses were always sold together, he said. Over the years, the houses became blighted, leading the organization to buy them, Dayton said.

After REACH restores a home and places it on the market, the organization wants to find buyers who plan to be a part of the community in the long term, Dayton said. “We’re not here to sell to landlords,” Dayton said.

The organization is focused on restoring the 1608 Dale Ave. home first. This week, volunteers from Wilderness Community Church in Spotsylvania County, and Leesburg United Methodist Church in Loudoun County are busy on the 1608 house, and working lightly on 1602.

Members of the church groups also volunteered their time at the Rescue Mission. Rachel Tippey, 18, helped construct a temporary support wall inside the 1608 house. Tippey said she has a heart for serving and feels she’s learned a lot about construction in a short time.

Dayton said the organization benefits greatly from out-of-town volunteers, but the work couldn’t be completed without local altruism. He said he hopes focusing on the two houses on Dale Avenue serves as a galvanizing force for the whole neighborhood.

“Our goal is to build community,” Dayton said.

The organization planted a garden on the property and hosts a community night with games, food and music each week on Wednesdays.

Dayton said he hopes to complete the 1608 house by October. “Just don’t ask me the year,” he said, tongue in cheek. Progress will likely slow once summer ends and fewer volunteer groups are available to assist.

But Dayton is optimistic even more people will offer a helping hand on the Dale Avenue projects and houses in the future.

Photos: REACH-ing out to create opportunity

Officially, the house at 709 Stewart Ave. Southeast has been condemned and unoccupied for years.

Cassandra McNeil looks through her bathroom door as her daughter, Jayden Hall, peeks out from her bedroom with their dog, Princess in their southeast Roanoke home on Wednesday.