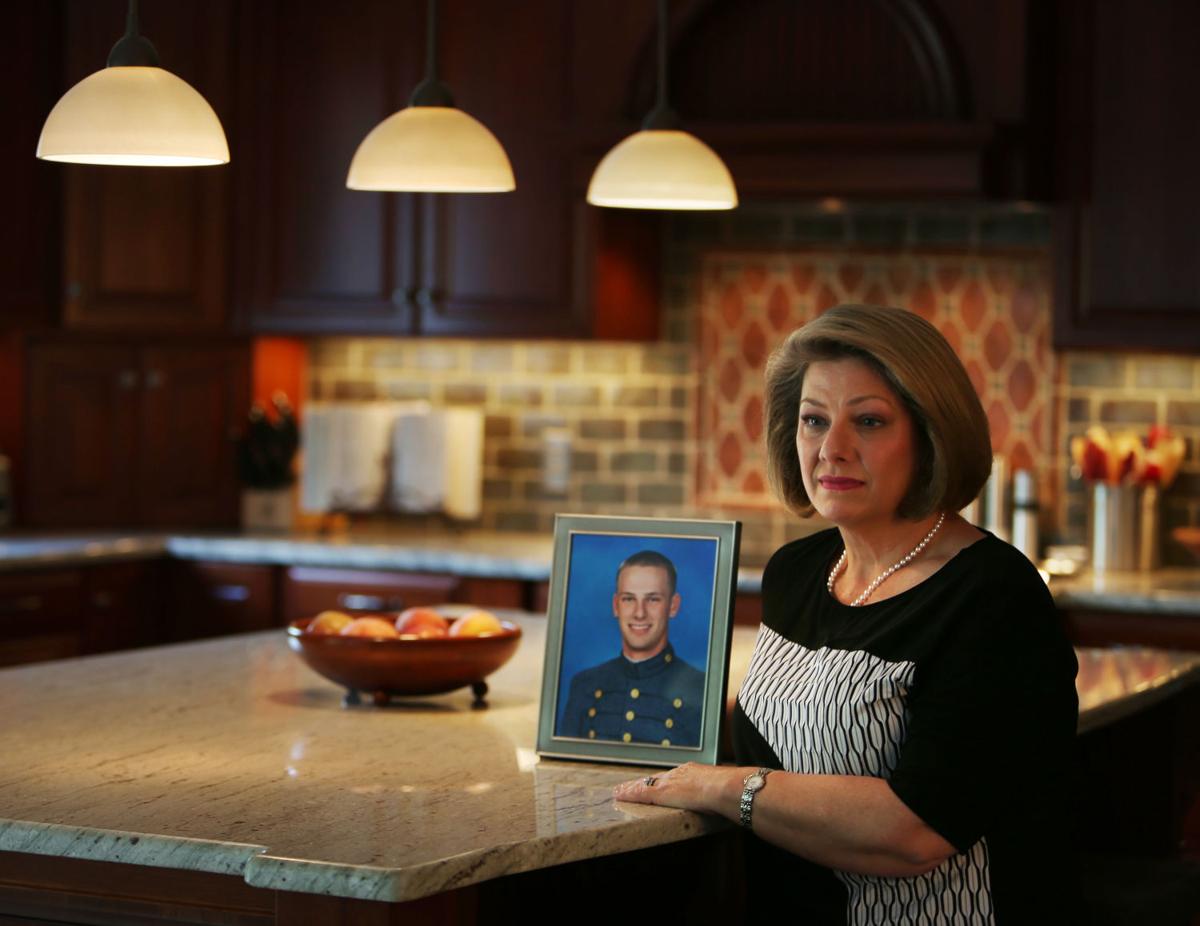 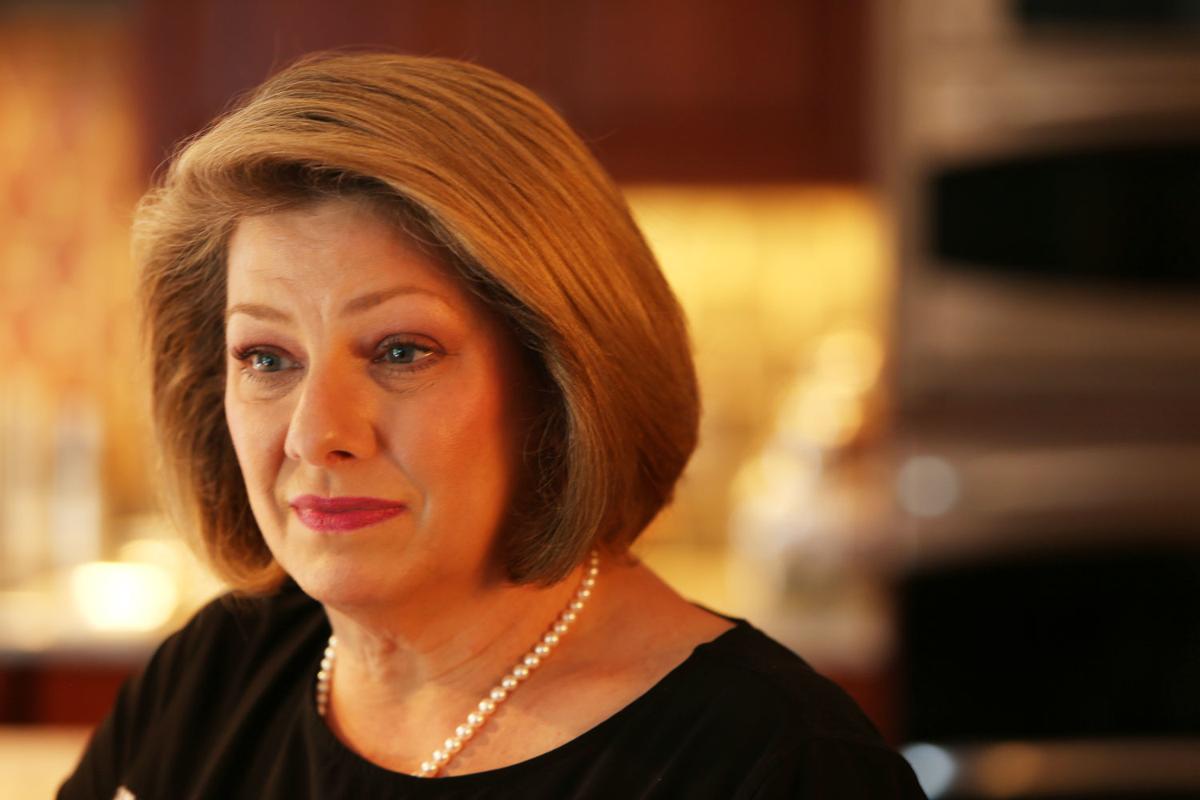 Susan Cloeter says the story of her son Drew’s death may help other people.

Susan Cloeter will never forget the exact time she awoke.

Her ringing phone roused her. It was her husband, John.

“Have you heard from Drew this morning?” he asked.

Their son was always punctual. He rose before the sun to exercise, then he went to work at his father’s business. It was unlike him to fail to show for his job.

“I’m going to go over to his house and see what’s going on,” her husband told her.

When John Cloeter arrived, police cars were parked outside the house.

A friend of Drew’s had gone to see him that morning after he sent her distraught text messages the night before.

She found him dead. He’d shot himself.

“I’ve always said I can’t imagine losing a child,” Susan Cloeter said. “I’m a strong person, I think. I think I can survive anything, but I didn’t think I could survive losing a child.”

Cloeter hates feeling like she’s lost control of her surroundings. After another of her sons was born with Down syndrome and she couldn’t find local resources, she and her husband created the Down Syndrome Association of Roanoke in 1990.

After the loss of Drew, 25, Cloeter began scouring the internet for answers. Was there anything she could have done? Why were so many people killing themselves with guns?

“When Drew died, I was in shock, and there was nothing I could do,” she said. “I felt so helpless.”

She encountered a dearth of research about suicides and firearms, a problem public health and policy experts say poses a challenge in creating evidence-based prevention efforts and responses.

“If we want to save lives with an evidence approach, we need to ascertain the research,” said Richard Bonnie, director of the Institute of Law, Psychiatry and Public Policy at the University of Virginia. “But there is encouraging work going on.”

In 2014, 42,773 people in the United States killed themselves, nearly half using a gun, according to the Centers for Disease Control and Prevention.

Suicides account for two-thirds of all gun deaths. The victim typically is a middle-aged white man. While an overdose is the most common way to attempt suicide, guns account for the most deaths.

Drew grew up in Roanoke County, graduated from Hidden Valley High School and attended Virginia Military Institute for three years before transferring to Radford University to complete a degree in accounting.

He was a sniper and scout for the Army National Guard, but he never was deployed. He played for the Roanoke rugby team and was a volunteer firefighter with the Cave Spring Volunteer Fire Department.

At the end of last year, Drew and his girlfriend broke up, his mother said. As the months wore on, he started to regret the split. He stopped playing rugby. He stopped going to the fire department.

A few days before he died, he bought a house. But that exciting time in Drew’s life quickly turned on him.

He realized there was a problem with the flooring, and he would have to replace the heating and air conditioning system, requiring him to pump another $10,000 into the house.

Still reeling from his decision to break up with his girlfriend, he now was feeling regrets about buying the house, his mother said.

So he sat alone one night in his new, barely furnished house. His mother said she believes he was drinking — police reported that open alcohol was found inside, but there were no tests done at the medical examiner’s office to know for sure.

“And I guess everything just started looking worse than it actually was,” Cloeter said. “And he had a gun.”

A gun increases the risk of suicide for everyone in a home, said Cathy Barber, director of the Harvard Injury Control Research Center’s Means Matter campaign, a suicide prevention effort focused on the ways people attempt to take their own lives.

Men choose to use guns in 16 percent of their suicide attempts, leading to 55 percent of fatalities.

Women attempt suicide 50 percent more often than men, but because they often opt for pills or poisons, they die from it a third as often.

Drew had attention-deficit (hyperactivity) disorder but didn’t have diagnosed mental health issues that his mother knew of.

A popular suicide myth goes that the person has been planning the suicide attempt for a long time, Barber said. But research suggests it’s often an impulsive act. A study shows that nearly half of suicide survivors reported that they decided to take their own lives in less than 20 minutes.

With other methods, there might be time to reconsider, be rescued or halt the attempt.

About 90 percent of people who attempt suicide and survive don’t end up killing themselves later, Barber said.

Cloeter, the chairwoman of the Roanoke County Democratic Committee, said she doesn’t like guns. She knew Drew owned firearms and that he had a concealed-carry permit, but she didn’t know the type or number of weapons he owned.

In her attempt to understand suicides and firearms, she learned more about a provision in a 1996 federal spending bill that forbids the Centers for Disease Control from using taxpayer money to “advocate or promote gun control.”

Guns are a politically divisive issue, and some researchers acknowledge the lack of federal funding puts them in the position of finding money in the private sector for studies.

“There are so many unknowns,” Cloeter said. “And that’s what’s driving me crazy — that we can’t get any answers, and that there’s something so silly like a law that says I can’t have any answers.”

One project that the Means Matter Campaign at Harvard has been involved with is the Gun Shop Project, which started in New Hampshire and has spread to several other states. The project provides educational materials to gun sellers and firing ranges about signs of someone who might be suicidal.

The materials promote safe storage of guns at home and encourage gun owners to look out for peers in emotional crisis, going as far as offering to watch over firearms for a fellow owner appearing to have suicidal thoughts.

“This is something practical that can be done today,” Barber said.

In 1999, Connecticut passed a law that authorizes police to temporarily remove guns from people when there is probable cause to believe they pose a significant risk of harm to others or themselves. After a period of time, the owners can have their guns returned and buy firearms again.

The move was intended to complement background checks because those intending to harm themselves or others might not otherwise be disqualified to possess a gun, said UVa’s Bonnie.

“Focusing on people with mental illness as if that will solve the gun violence problem is a fundamental mistake,” said Bonnie, who has studied gun removal laws. “We need to be thinking about focusing on risk, based on people’s behavior, and not just on diagnoses.”

Bonnie co-authored a recent research paper analyzing how effective the law has been in Connecticut. In most cases, police removed guns based on a suicide threat.

While a small number of people ultimately committed suicide after their guns were removed, most did not. Bonnie said the law is promising in preventing more suicides.

Cloeter said she believes her son’s death can have meaning if it helps save the lives of others. The family discussed whether to be open about how Drew died. Ultimately, his sisters wrote in his obituary that he “took his own life.”

“This sort of inexplicably horrible tragedy can happen to anyone, so his family asks that everyone take time to be kind to and love one another a little extra right now,” they wrote. “Depression can quickly spiral out of control from something manageable to something that makes unimaginable things seem like good ideas. It is a serious affliction that no one can or should live or cope with on their own. Please don’t keep it to yourself.”

Cloeter doesn’t yet have plans for how she might educate the community about guns and suicides. Sharing Drew’s story is a start.

“I really feel like I don’t have the right to speak for Drew,” she said. “But maybe he can help people. Drew liked to help people.”

Earlier this year, in the course of four days, four people in Montgomery County killed themselves using a firearm.

Susan Cloeter says the story of her son Drew’s death may help other people.