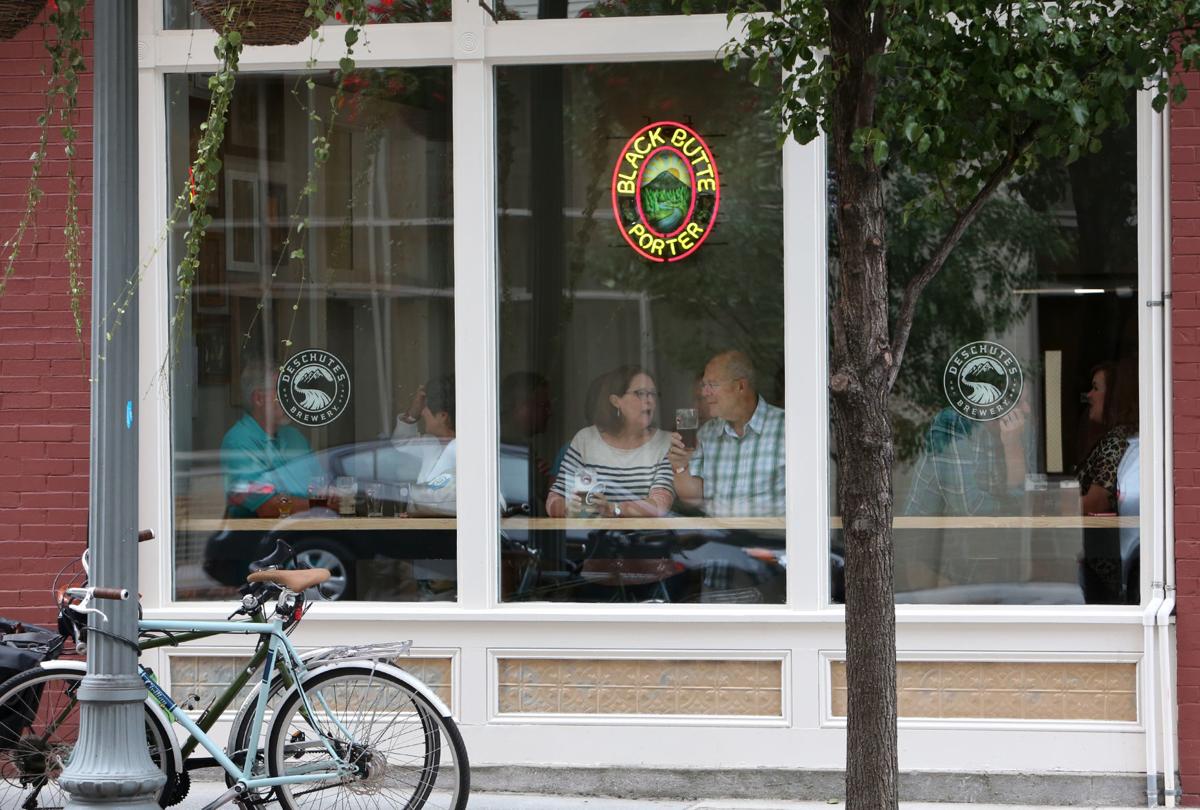 Deschutes Brewery will maintain its tasting room in downtown Roanoke but will not begin construction on its East Coast brewery in Roanoke in 2019. 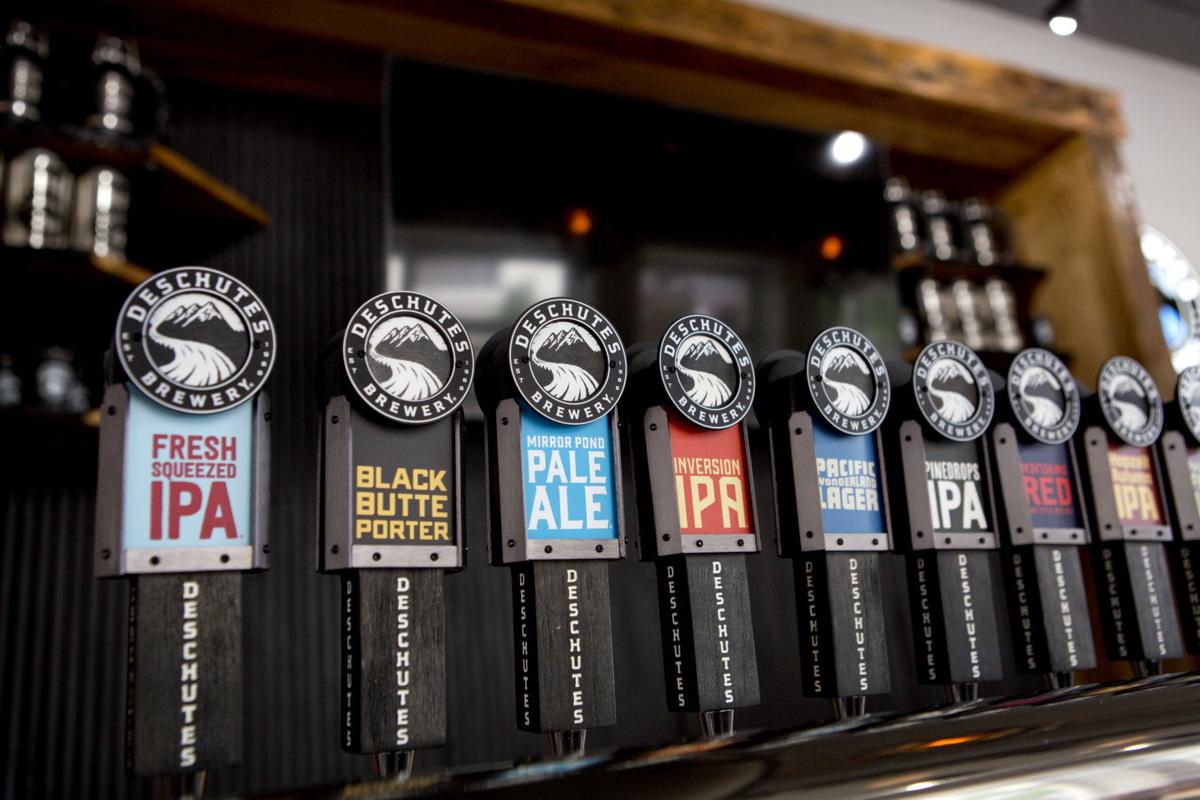 More than a dozen beers were on tap at Deschutes Brewery’s tasting room when it opened in downtown Roanoke in August 2017.

Deschutes Brewery may delay and scale down its planned brewery in Roanoke.

But the Bend, Oregon-based craft beer brewer will buy the land where it intends to build as a show of good faith that it is still headed to Roanoke.

The brewer announced in 2016 after months of courting that it would build its East Coast expansion in the Roanoke Centre for Industry and Technology — a $95 million project that would ultimately employ 108 people in its first phase, according to the company. But the privately held company didn’t plan to break ground until June 2019.

Now, market conditions have caused the brewery to pause and re-evaluate when and how large its expansion needs to be. The decision came just about a month before Deschutes was to have closed on the purchase of 49 acres of land for the plant.

The craft beer industry is still growing, but last year it saw only a modest bump in production compared to recent years. And some bigger West Coast brewers that expanded east have cut back or even closed operations.

Deschutes CEO Michael LaLonde said Monday that the company saw a single-digit dip in its overall sales for the first time last year, following national declines in beer sales. But the company has several new products in the pipeline, he said, and recently launched canned beers should help its revenue.

Deschutes’ cost for the land for the plant was to be forgiven over five years in 20 percent increments as Deschutes fulfilled promises of investment and job creation. Under its contract with the city, Deschutes was required to invest $55 million and employ at least 70 full-time workers — far fewer than what the company said it would do. It was required to be making and selling beer by June 1, 2021. The company said a second phase would lift employment to 154.

The brewery will instead pay $3.2 million in cash to buy the land outright next month. LaLonde said Deschutes remains very committed to building in Roanoke, and the company’s putting cash on the table to prove it. By buying the land up front, the brewery is freed from meeting performance requirements.

City officials believe the move means Deschutes intends to delay construction and expect whatever Deschutes builds here will be smaller than planned.

An official statement from LaLonde released by the brewery said in considering market conditions, “Deschutes must act with adjustments of our own with regard to the scale and timing of our investments.”

But LaLonde said in an interview Monday that the construction timeline and size of the Roanoke brewery remain the same. But by buying the land outright, Dechutes can adjust its timeline and investment if necessary.

“We just needed that flexibility,” he said.

City officials stressed that none of the incentives has been paid to Deschutes to date.

Besides forgiving the cost of the land, the incentives also included $3 million from Virginia’s Commonwealth’s Opportunity Fund, $1.5 million in rebates for machine and tools taxes from the city and a $225,000 grant from the Roanoke Economic Development Authority for job creation.

A planned acceleration of the timeline for constructing the Tinker Creek Greenway near the Deschutes site will continue with state and federal funding footing the bill, but a planned spur to connect the greenway to the Deschutes site probably won’t be built.

When Deschutes comes back to the city with its revised plans, officials can discuss then whether and how much of the incentives can be reinstated, City Manager Bob Cowell said.

Asked about his level of confidence in Deschutes following through and building here, Cowell described as, “Right now, high.”

“I really believe that at this moment in time they’re trying to position themselves to ensure that happens,” he said.

The deal seemed to be progressing on schedule until recent weeks, Cowell and Assistant City Manager Brian Townsend said.

But when the city began sending documents related to the planned May 1 closing of the sale on the land to the company, the company went quiet.

Last week, the company acknowledged it had seen concerns about the craft beer market, Townsend said.

In 2017, craft beer grew 5 percent in production, according to the Brewers Association, a national nonprofit trade group. But that pales in comparison to numbers over the past decade, when double-digit growth was reported some years.

Some brewers’ rapid expansions have faltered. California-based Green Flash brewery, which opened in 2002, took on debt to open an East Coast site at Virginia Beach in 2016. But earlier this year, it shut down that location and stopped distribution in multiple states. The country’s fourth-largest craft brewery, New Belgium Brewing Co., which is based in Colorado but also has an Asheville, North Carolina location, recently laid off about 30 employees companywide.

Deschutes was the 10th largest craft brewer in the country in 2017, according to the Brewers Association.

Closing on the land May 1 as planned would have triggered all of the performance goals for investment, construction and hiring for Deschutes. Uncomfortable that it couldn’t meet those goals if it decided to scale back the size of the Roanoke brewery, Townsend said, Deschutes asked to “de-couple” the real estate part of its deal with the city from the rest of it.

The Roanoke City Council on Monday approved delaying the closing date to May 31. On May 21, they’ll take further action to unwind the incentive package and reduce the deal to a simple land purchase by Deschutes.

Cowell and Townsend said Deschutes is not like its competitor Ballast Point, which is owned by the international company Constellation Brands. Ballast Point can tolerate the risk associated with its quick turnaround in building its East Coast expansion in Botetourt County, which was announced after Deschutes and opened last year in a repurposed building.

Deschutes is still owned by its founders and has a significant degree of employee ownership, Townsend said, so they’re going to be more conservative about exposing the company to risk as they grow.

Since it announced choosing Roanoke, Deschutes has tried to establish itself as a good corporate citizen here while waiting to start building. Company leaders participated in volunteer waterway cleanups and the company has twice brought its mobile “street pub” to the city, raising tens of thousands of dollars for local charities.

Last year, Deschutes opened a brew pub on the Roanoke City Market to give itself a visible presence here.

“I would much prefer the company conduct itself the way it has all along where it’s prudent and make the right investment to proceed,” Cowell said.

City Councilman Ray Ferris said in 2016 that landing Deschutes was a much needed win for the city’s confidence. Monday, he said while the change in plans is disappointing, it didn’t have anything to do with Roanoke.

“They chose Roanoke and they still want to come to Roanoke,” he said. “They’re putting up $3.2 million and saying, ‘We’re here.’ ”

Roanoke City Council approved the sale Monday of historic Fire Station No. 1 downtown to a developer who plans to make it home to Black Dog Sa…

Deschutes Brewery will not break ground on its Roanoke plant in 2019 as originally planned, its president said this week.

Deschutes Brewery submitted a new proposal over the weekend for developing a production facility in Roanoke, city officials confirmed Monday.

The Ballast Point Brewing tasting room and kitchen in Daleville will close Sept. 29.

Deschutes Brewery boasts a tasting room in downtown Roanoke, and also plans to open an East Coast distribution facility in northeast Roanoke i…

Deschutes Brewery will maintain its tasting room in downtown Roanoke but will not begin construction on its East Coast brewery in Roanoke in 2019.

More than a dozen beers were on tap at Deschutes Brewery’s tasting room when it opened in downtown Roanoke in August 2017.