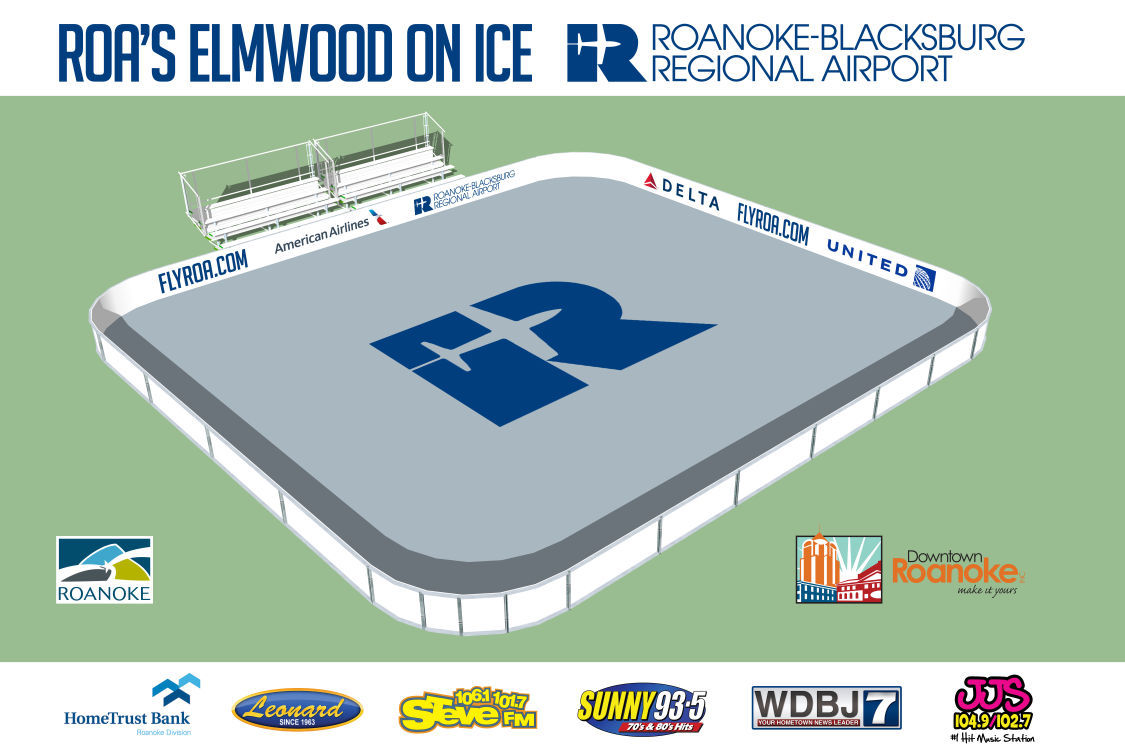 An artist’s rendering of the ice sheet planned for Elmwood Park this winter. 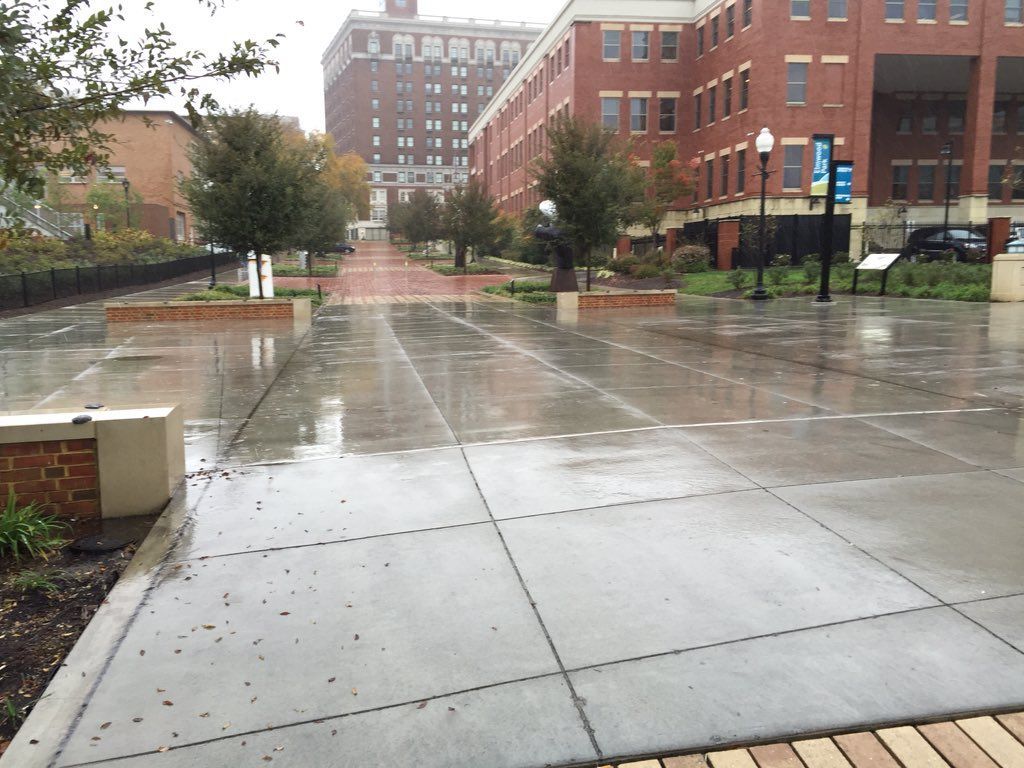 Elmwood Park is getting an ice rink for 12 weeks this winter. Officials hope it keeps downtown active during the season.

An artist’s rendering of the ice sheet planned for Elmwood Park this winter.

Elmwood Park is getting an ice rink for 12 weeks this winter. Officials hope it keeps downtown active during the season.

Outdoor ice skating will debut in Roanoke in November with a temporary rink erected in Elmwood Park.

The 60-by-65-foot rink will be set up in the flat area to the north of the park’s amphitheater stage and will be open every day for 12 weeks beginning Nov. 23, with extended hours during the school holidays.

The effort is a partnership between the city and its Parks and Recreation Department, Downtown Roanoke Inc. and its title sponsor, the Roanoke-Blacksburg Regional Airport.

The rink will be called ROA’s Elmwood on Ice. ROA is the airport’s official identifier.

Admission will be $6, with rental skates available for $2. A season pass that covers both admission and skate rentals is also available for $75. Up to 100 will be able to skate at a time.

The city and DRI bought the rink for about $100,000, DRI Executive Director Tina Workman said, with help from the airport’s sponsorship and funding from several other sponsors. The city’s contribution of taxpayer money is about $25,000.

Tim Bradshaw, executive director of the airport, said the sponsorship is valuable for spreading awareness of the airport. The rink will feature a large version of the airport’s logo in the center.

Workman estimated annual operating costs at $80,000 to $90,000. DRI is contracting with Charlotte, North Carolina-based On Ice Enterprises, which also supplied the rink, to manage it. That vendor will hire 20 seasonal workers.

The company also operates a rink in Greensboro and perhaps other places, said DRI Marketing Director Jaime Clark. Outdoor rinks are increasingly common in cities. Charlotte, Greensboro, Richmond and Manassas all have rinks.

It also will stretch interest and activity in downtown from the market several blocks south, and perhaps bring some patrons to downtown businesses who might not otherwise find them.

The rink will not be covered, so while it will be open every day, weather could affect its use.

Workman said the chillers that create the ice are supposed to be effective even on a sunny, 65-degree day. The greater concern is rain, which can freeze and build up on the rink. A lighter rain of short duration can be squeegeed off, Workman said. A longer, steady rain could cause the rink to close for the day and require maintenance and repairs to the ice.

Workman said she’s been pushing to get ice skating in downtown for three or four years.

Recreational skaters have used the ice at the Berglund Center during limited public skating sessions for years. Clark said Berglund Center officials are supportive of the additional skating opportunity and view it as a complement to their offering.

Roanoke Mayor David Bowers made the announcement about the temporary rink at a Wednesday morning news conference, which comes on the heels of word a week ago that minor league professional hockey is returning to the city. A franchise of the Southern Professional Hockey League will call the Berglund Center its home starting with the 2016-17 season.

Bowers, during his annual state of the city address, said the city needs an additional ice facility besides the Berglund Center to serve as a practice rink for hockey teams.

The Elmwood rink, at 3,900 square feet, isn’t nearly big enough for that purpose.

“It’s not going to be exactly what we need for the future,” Bowers said, “but it’s going to be a lot of fun.”