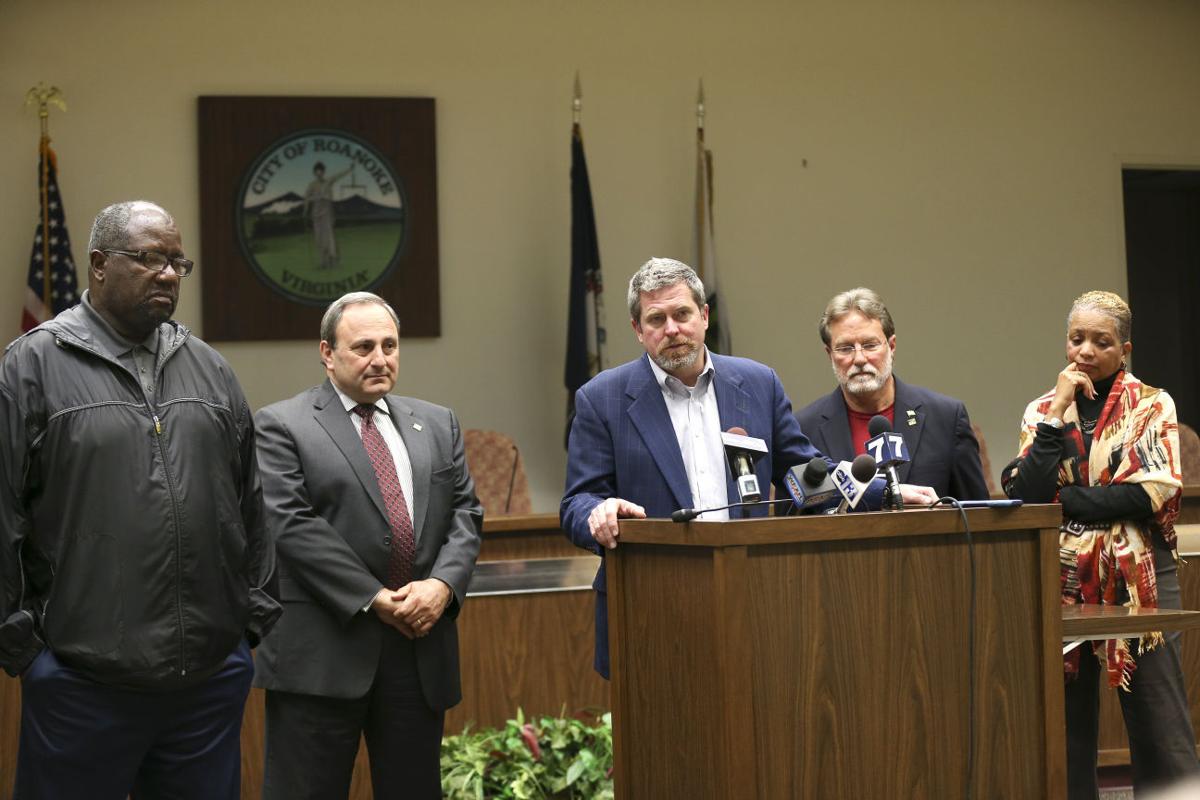 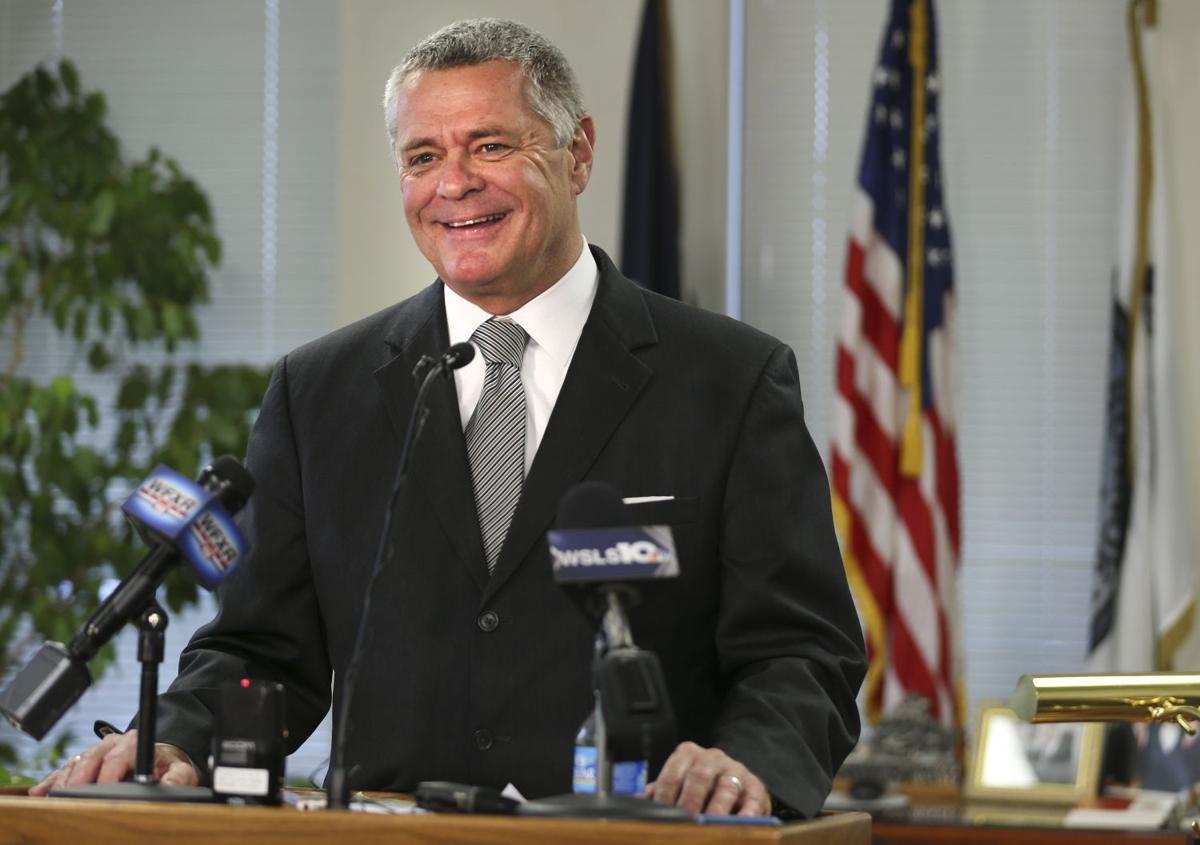 The originally published version of this story omitted an attribution on a paraphrased statement by Councilman Ray Ferris, who said for many of the offices David Bowers has sought Bowers has to move to the political right, and that’s what he’s doing with his statement on Syrian refugees. This story has been updated.

Citing internment of Japanese following the attack on Pearl Harbor, Roanoke Mayor David Bowers on Wednesday called for the region’s governments and nongovernmental agencies to suspend help in relocating Syrian refugees to the Roanoke Valley.

Bowers’ invocation of the World War II-era camps in which thousands of Japanese and Japanese-Americans were imprisoned triggered stern rebukes from fellow council members, Democratic and Republican leaders and Hillary Clinton’s presidential campaign.

By Wednesday afternoon it had been blasted across news and social media, picked up by The Washington Post, Fox News and George Takei, the Japanese-American actor famous as Mr. Sulu on the original “Star Trek,” who invited Bowers to the Broadway musical “Allegiance” he’s performing about the internments.

Editorial: What was Bowers thinking?

Bowers’ council colleagues rushed to call a news conference Wednesday evening to jointly condemn the mayor and “neutralize the damage” they felt Bowers has done to the city’s public image. They pressed the point that the mayor does not speak for them, or the city, and that Roanoke remains a welcoming and diverse community.

“He did not even bother to inform us, much less to consult us … before issuing such a statement,” Councilman Bill Bestpitch said.

The group, at various times, called Bowers’ statement a “childish,” “selfish,” “juvenile,” “irrational” and “narcissistic” attempt to draw attention to himself now that he’s announced he won’t seek another term. Bowers has served on the council for nearly 24 years, 16 of them as mayor.

“He’s in a transition, and he may be losing some attention,” Vice Mayor David Trinkle said. “This is a way to have another dance.”

Bowers said Wednesday he speaks only for himself and felt the need to make a statement because Roanoke is the largest city in Western Virginia. Numerous American mayors have taken public positions on refugee resettlement, with the majority saying they would welcome refugees. Roanoke has a long history of accepting refugees from Vietnam, the Balkans, Somalia, Cuba, Iraq, Myanmar and elsewhere.

Following the apparent bombing of a Russian airliner recently, Friday’s terrorist attacks in Paris and threats on Washington, D.C., Bowers said in his unsolicited statement, “I am convinced that it is presently imprudent to assist in the relocation of Syrian refugees to our part of Virginia.”

He called for all involved to “suspend and delay” any assistance “until these atrocities end, or at the very least until regarded as under control by U.S. authorities, and normalcy is restored.”

He continued, “I’m reminded that President Franklin D. Roosevelt felt compelled to sequester Japanese foreign nationals after the bombing of Pearl Harbor,” he said, "and it appears that the threat of harm to America from ISIS now is just as real and serious as that from our enemies then.”

The internment of Japanese nationals and many American citizens of Japanese descent in camps during World War II remains controversial and is considered by many in retrospect to be among the U.S. government’s more shameful acts. In 1988 Congress approved legislation apologizing for the internments and acknowledging it was based largely on racial prejudice and “a failure of political leadership.” In 1990 then-President George H.W. Bush issued apology letters and compensation checks to the survivors of the detention camps.

Asked about it Wednesday afternoon, Bowers called himself a student of Roosevelt and stood by his position.

Bowers, a Democrat, broke with his party — including Gov. Terry McAuliffe — on the refugee question and is aligned with a view embraced by some Republicans.

State Democratic Party Chairwoman Susan Swecker issued a statement to “strongly condemn” the mayor’s remarks. “To suggest any policy similar to one of our darkest moments for human rights would send a wrong message to our country and the world,” Swecker said. State Sen. John Edwards and Del. Sam Rasoul, both Roanoke Democrats, joined the criticism of Bowers.

ACLU of Virginia Executive Director Claire Guthrie Gastanaga also weighed in, saying she was “deeply dismayed and disappointed” by Bowers’ statement. The Anti-Defamation League as well condemned Bowers’ words, saying he “needs a lesson in American history and American values.”

BuzzFeed reported that Bowers has been kicked off Democratic presidential candidate Hillary Clinton’s Virginia Leadership Council and criticized by a Clinton campaign spokesman.

The Republican Party of Virginia chairman, John Whitbeck, blasted Bowers’ comparison of the call for a delay in accepting Syrians with the internment of Japanese during World War II as “offensive and ignorant.”

“A pause in accepting refugees is prudence,” Whitbeck said. “It balances our nation’s security with the compassion for which America has always been known. Internment was a gross historical injustice. There is no comparison.”

Bowers, who in 2008 apologized for comparing a mice infestation-forced closure of the City Market Building to the 9/11 attacks, did not back down from Wednesday’s statement.

Council colleagues said they were shocked and surprised by Bowers’ position.

Bowers is fond of touting the city’s diverse population, representing more than 100 nationalities. His wife is from Honduras.

Only two Syrian refugees have been relocated to the Roanoke area since the civil war began there in 2011, a mother and son who arrived in June and live in neighboring Salem. Other Syrian immigrants arrived in the valley before the war.

Ferris’ Lebanese grandparents on both sides came to Roanoke from what was then Ottoman Empire Syria more than a century ago.

“They came to this country running from the kind of oppression ISIS is inflicting on the Middle East at this time,” he said in an interview. “We are a kinder people than Mayor Bowers and those who want to keep the Syrians out of the United States are demonstrating.”

He called Bowers’ move an abuse of the office of mayor.

After reading the statement early in the day, Bestpitch called Bowers’ allusion to the internment camps “insensitive xenophobia.”

“I was embarrassed, I was ashamed,” he said at the news conference.

“He shouldn’t even be going there,” said Councilman Sherman Lea.

Ferris noted that Bowers has mentioned several other offices he might seek, from Congress to lieutenant governor to a return as mayor in four years.

“David is always running for something,” Ferris said. For many of those offices, he has to move to the political right, and that’s what he’s doing, Ferris said.

“That would make more sense than anything else that comes to my mind,” Bestpitch said.

Councilman Court Rosen could not make the news conference because he is attending a Commonwealth Transportation Board meeting, but he shared an email he sent Bowers on Wednesday calling the statement “incredibly xenophobic, discriminatory, and downright wrong.”

Rosen, who is Jewish, cited the shipload of Jews who were turned away from the United States in 1939. “You are on the wrong side of history on this.”

Councilwoman Anita Price called Bowers’ statement baffling. “I’m not quite sure where all this is coming from,” she said.

Asked at the news conference if they were considering censuring Bowers, council members said they hadn’t yet considered it.

“We’re trying to neutralize the damage that he did,” Ferris said. “We haven’t really thought about how to deal with him.”

“From my perspective,” Bestpitch said, “that is certainly not off the table.”

Roanoke Mayor Bowers: 'I apologize to all those offended by my remarks'

Reading list: All our coverage of Mayor David Bowers' statement on Syrian refugees

Our view: What was Bowers thinking?

This week, two politicians from the Roanoke Valley — one from each party — took essentially the same position on Syrian refugees.