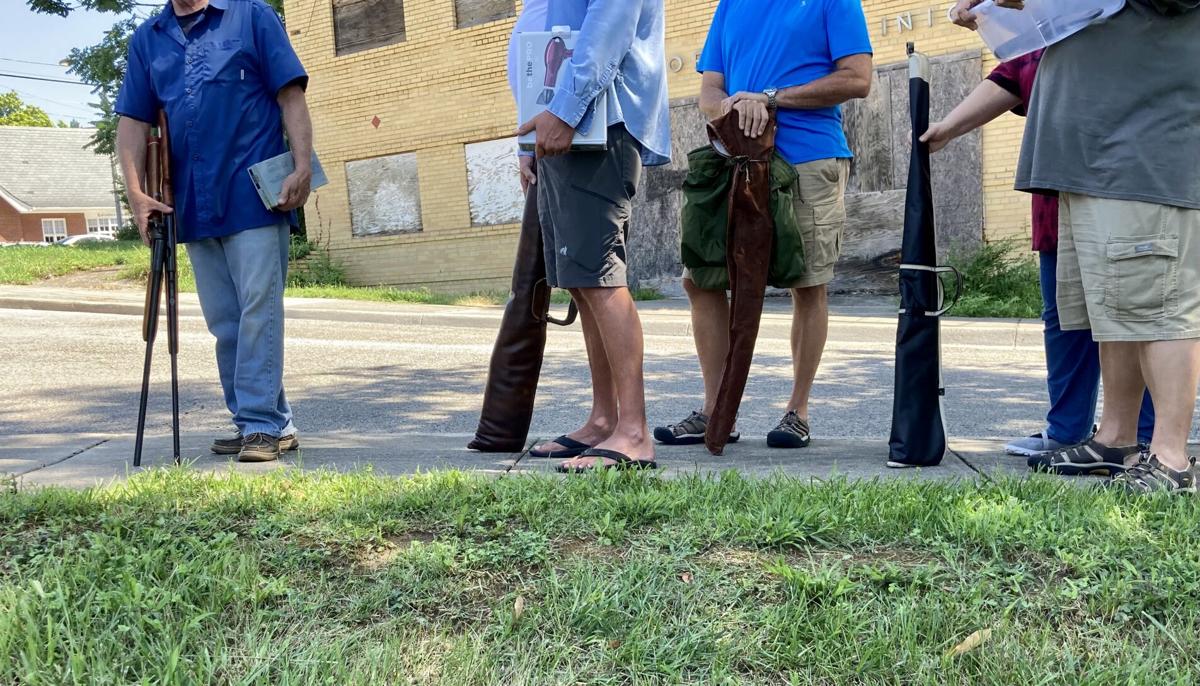 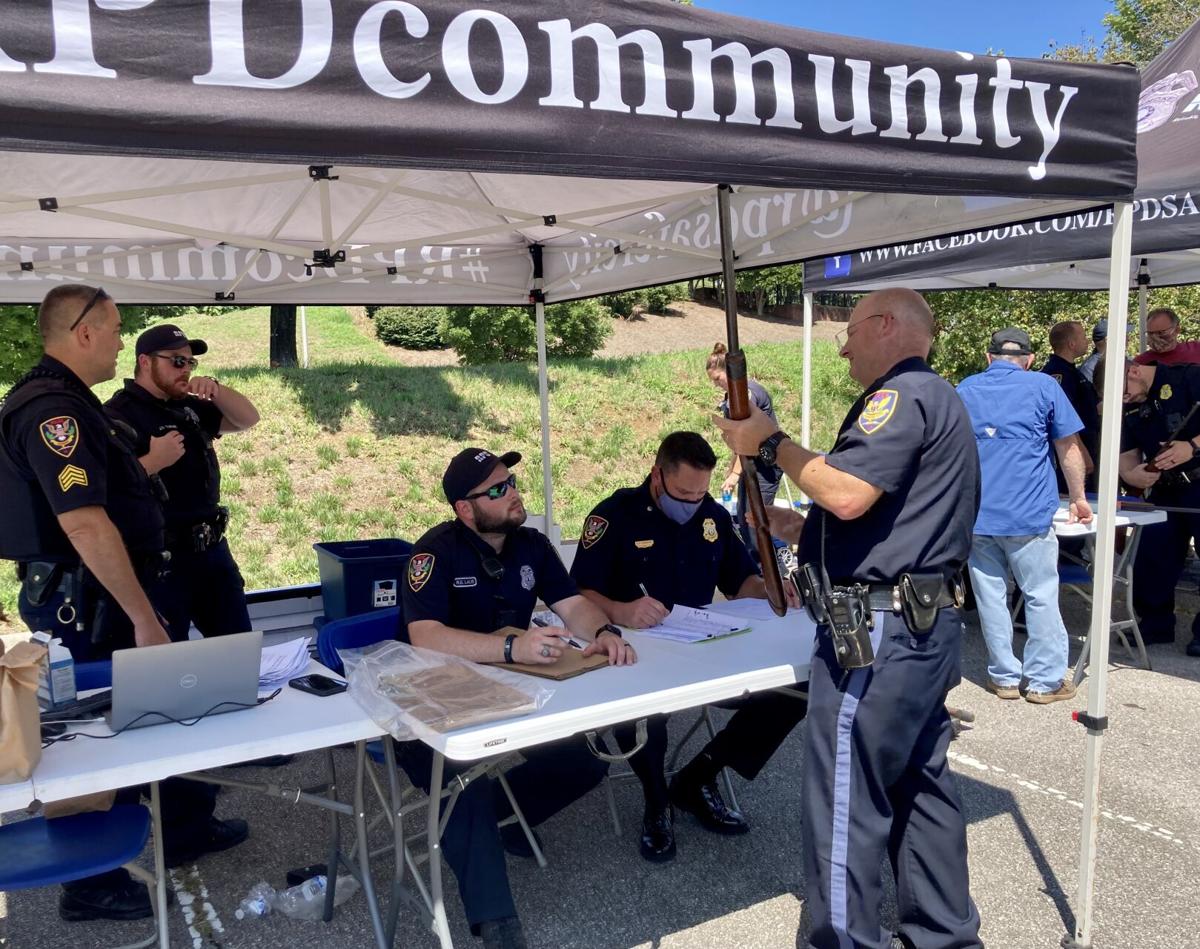 The Roanoke Police Department, a co-sponsor of Saturday's buyback, was on hand to inventory and collect the guns received. In total, 91 unwanted firearms were collected. 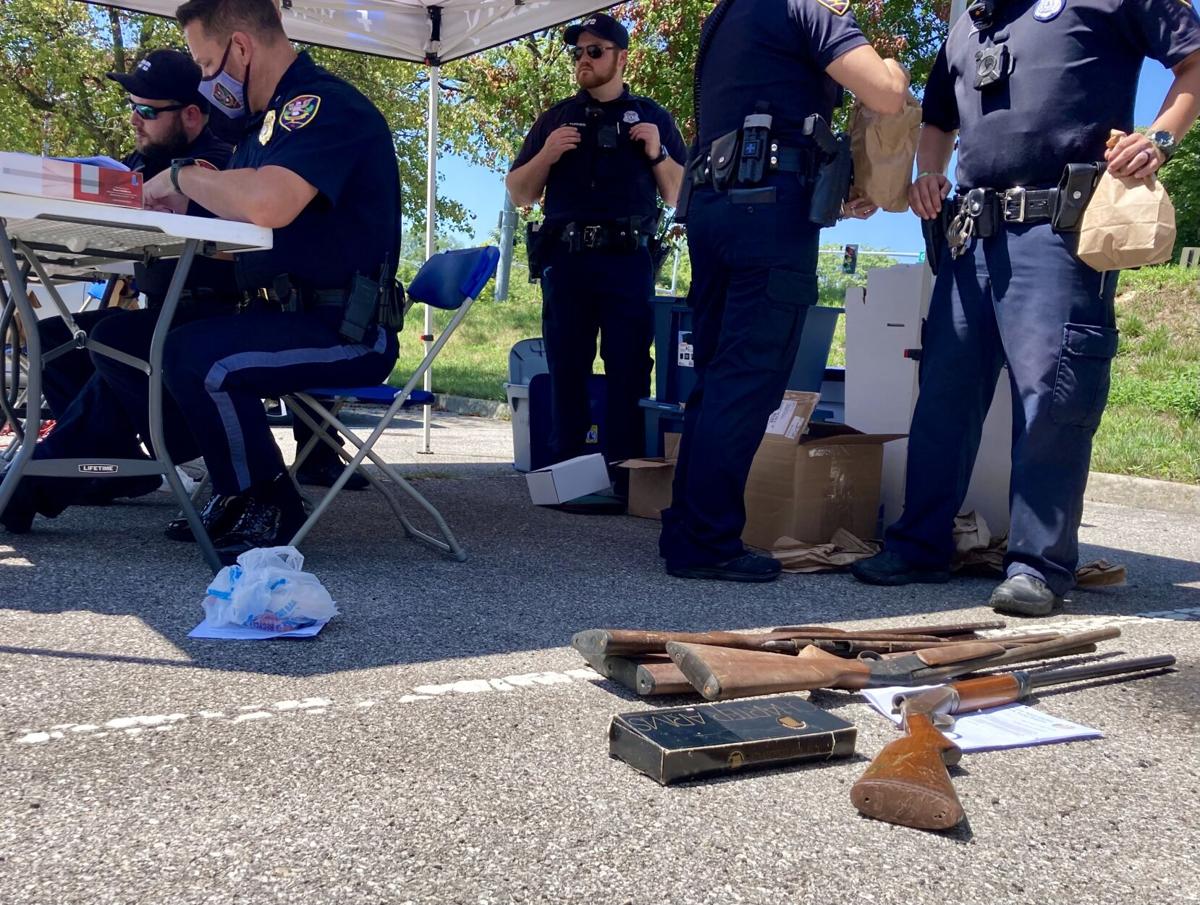 The police said that guns received during Saturday's buyback included rifles, revolvers, shotguns and semi-automatic pistols. The firearms will be safely destroyed by authorities.

The boxes started stacking up quickly. Old rifles, revolvers, shotguns, semi-automatic pistols. One by one, each was catalogued and packed away to be safely destroyed later.

In total, the event collected 91 unwanted firearms, including about 19 that were surrendered without the gift card exchange by owners who preferred to unload their cargo that day rather than return home with it.

Organizers said the turnout — which included dozens more who didn’t make it to the head of line but put their names on a list for future buybacks that advocates hope to hold — was a testament to the potential for this type of community outreach.

Creating safe homes and safe neighborhoods takes an entire community pulling together, said Brenda Hale, president of the Roanoke NAACP, a co-sponsor of the buyback.

“We believe that everybody can do something,” Hale said. “The line that we have here is evidence that people want to do their part.”

The gun buyback was the first held in the city and is believed to be the first in the state since a 2020 legislative change made it easier to organize such events.

The initiative offered grocery gift cards of $150 for long guns and revolvers and of $250 for semi-automatic handguns.

Co-sponsors included the Virginia Harm Reduction Coalition, NAACP, city police and Roanoke Gun Violence Prevention Commission. The commission awarded a $4,500 grant for the project. Other donations, including from Food Lion and Kroger, pushed the available incentive money to $14,000.

The buyback was organized as Roanoke and other communities are battling a surge in gun violence. To date this year, the city has seen more than 40 people wounded or killed by gunfire.

Studies have found no reliable link between buybacks and a reduction in gun crimes although researchers say there can be value to the community engagement and education that buybacks promote particularly when used as part of a broader array of violence prevention strategies.

Many of those who lined up for Saturday’s buyback said they appreciated the event but were doubtful it would help bend the curve on the recent rise in shootings. The guns being collected seemed largely older and of little value, several people said, either inherited by people with no use for them or amassed by gun collectors over the years and gathering dust in storage with little risk of ending up on the streets.

Mike Thompson, who was among those in line, said ultimately he felt more meaningful interventions would be needed to make a true difference in gun crimes.

“If you really want to stop gun violence, or violence in general, you have to address the root cause of it, which is poverty, lack of opportunity, lack of education, which all leads into a spiral where people lose hope,” said Thompson, of Roanoke. “That’s how people end up in that kind of activity.”

Catherine Koebel Stromberg, a harm reduction coalition volunteer and buyback organizer, said it was also important to keep in mind that gun violence can take many forms, including suicides and accidental shootings by children, both of which organizers felt could be reduced by events like Saturday’s.

“We know that the more guns in a community, the more gun violence,” Koebel Stromberg. “That is a hard and fast connection. And today, we have fewer guns in our community.”

The guns brought in will be destroyed by the police department, which was on hand to assist with the event.

Organizers said turnout for the initial event exceeded expectations and reinforced their desire to continue fundraising to hold more buybacks in the future.

Stephen Clements, of Roanoke, said he hoped more events would be held and the momentum behind the initiative’s message would continue growing.

Clements had come to the buyback that day with a rifle and a shotgun that he inherited but had rarely used. And, even after the gift cards ran out, he decided to turn them in.

“The most important thing for me was to just get the guns out of circulation,” he said, adding even a responsibly owned firearm has the potential to do harm in the wrong circumstances or wrong moment.

“These guns can never hurt anybody now,” he said. “And that’s important.”

Filed by residents of the Cahas Mountain community, the lawsuit sought damages for muddy runoff from a pipeline construction site.

The Roanoke Police Department, a co-sponsor of Saturday's buyback, was on hand to inventory and collect the guns received. In total, 91 unwanted firearms were collected.

The police said that guns received during Saturday's buyback included rifles, revolvers, shotguns and semi-automatic pistols. The firearms will be safely destroyed by authorities.