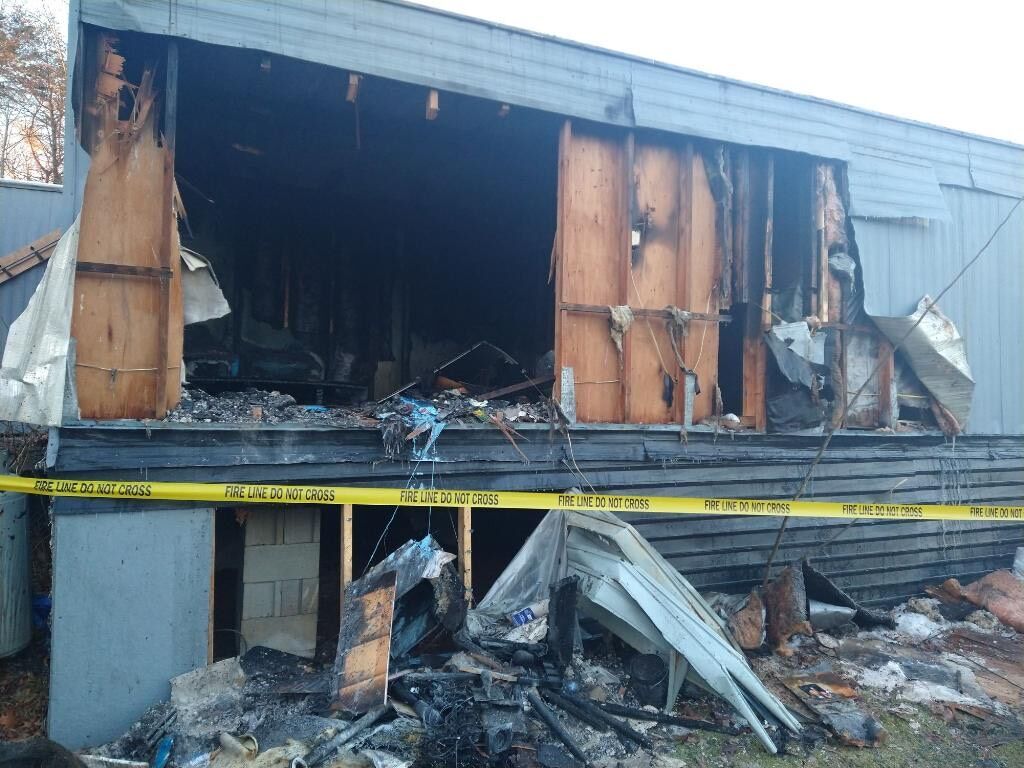 A fire occurred at a Rocky Mount home on the night of Jan. 7. 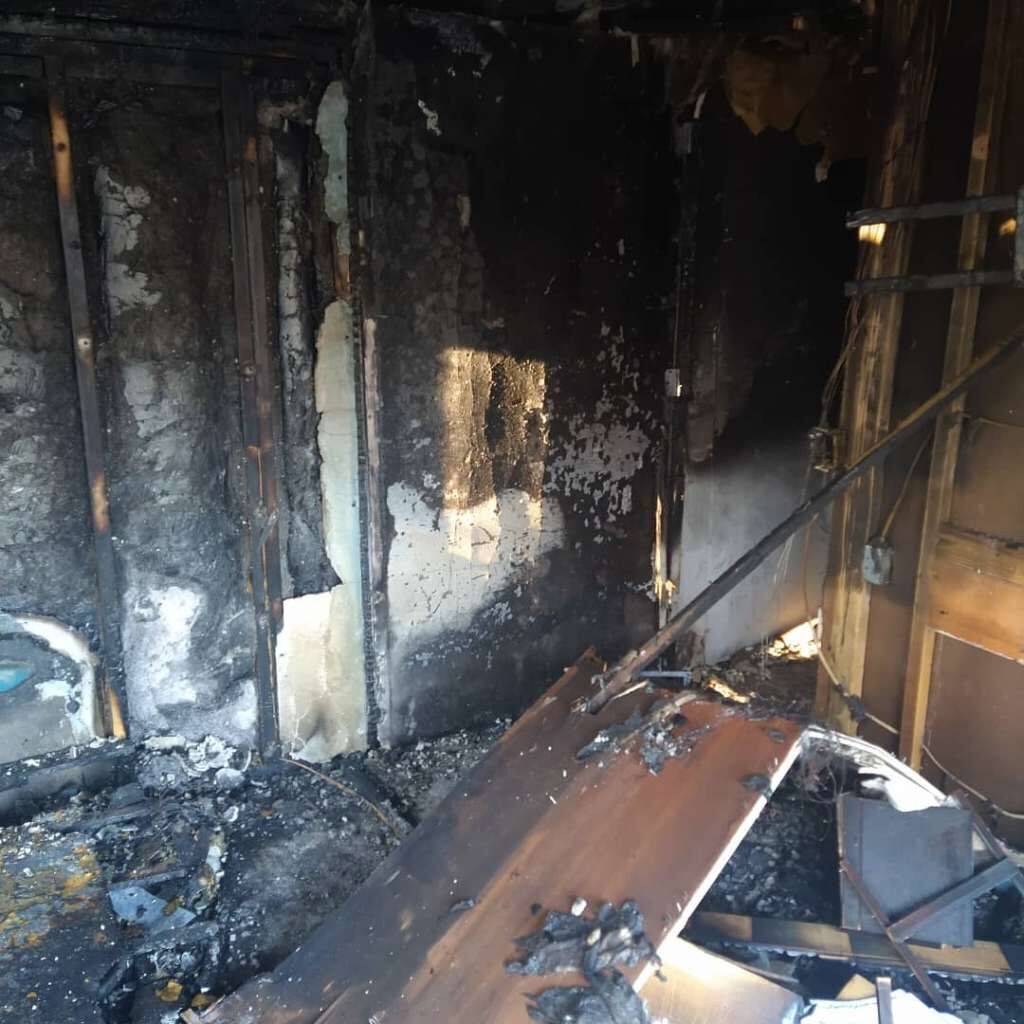 The fire was contained to one bedroom and a portion of another. 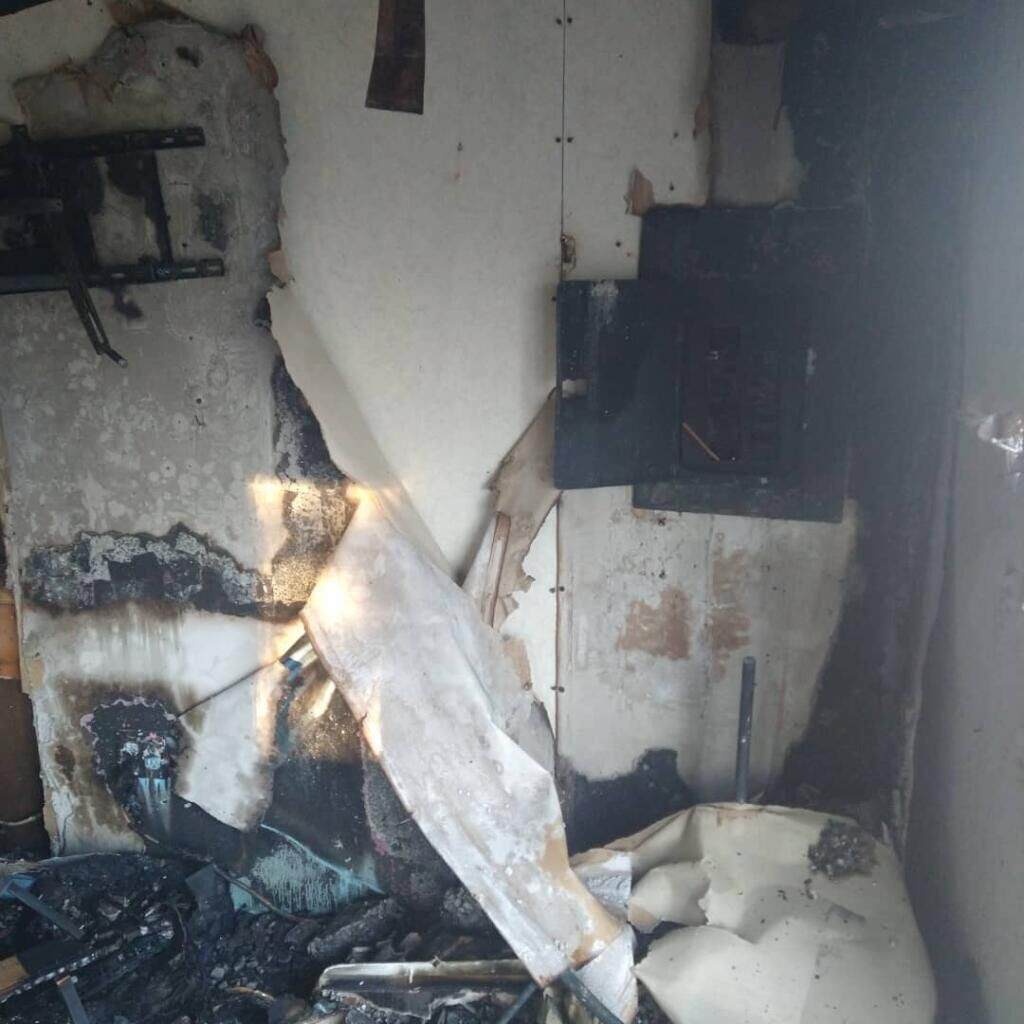 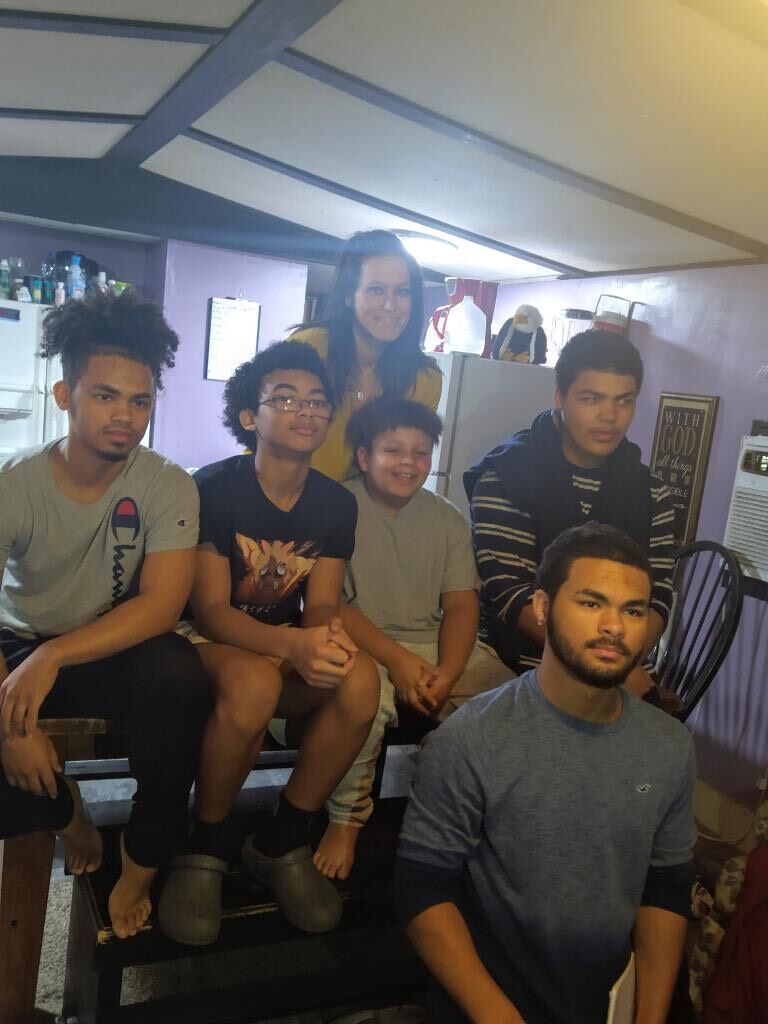 The Ramsey family of Rocky Mount lived in the home for 17 years.

A Rocky Mount family is essentially homeless after a fire destroyed their home on the night of Jan. 7.

Nakisha Ramsey, 39, lived in a doublewide she owned on the 100 block of Hollyfield Road for nearly 17 years. She resided in the home with her five sons, ages 11, 15, 16, 17 and 18, daughter, 20, and granddaughter, 7-months. All eight members of the Ramsey family were present on the night of the fire.

Ramsey said that most of the family members were in their separate rooms when one of her sons heard what sounded like firecrackers coming from the circuit breaker box. Smoke and flames started coming for the box within seconds. “Fire started going up the wall and onto the ceiling,” she said.

The entire family scrambled to evacuate the structure, some without shoes. Once everyone was outside, 911 was called.

She said it only took a few minutes for law enforcement and fire departments to arrive.

According to the Franklin County Department of Public Safety, the fire was contained to one bedroom and a portion of another. Despite the fact that the fire didn’t engulf the entire home, Ramsey said her family lost “absolutely everything.” She described the heat and smoke damage that the five bedroom home sustained as being “absolutely horrific.”

As a result of the fire, the family was left with only what they had with them when they fled outside. One of the first responders even had to find diapers for the 7-month-old at Carilion Franklin Memorial Hospital. While it will be difficult to replace the possessions that were lost, Ramsey explained, it will be impossible to recover the sense of comfort the family felt in the home.

“We can’t replace the memories. It was a very special place for us because we’ve struggled so hard all our life to get where we are. We can’t get the laughs and moments we’ve shared in that house back,” she said. “This is probably one of the most horrific things we’ve experienced.”

Ramsey has walked through the home a couple of times since the fire. She described the experiences as being “so difficult.”

The Ramsey family has been staying at the Holiday Inn Express & Suites in Rocky Mount since the fire happened. Their stay is being paid for by the American Red Cross. They will have to start paying for the stay themselves or find somewhere else to stay starting Jan. 18.

Ramsey isn’t sure where her family will end up. She didn’t have homeowners insurance. Staying with family or friends isn’t an option for her. She said she has reached out to STEP Inc. for leads on rentals, but none of them have panned out. “We’re very lost right now,” she said. “We’ve exhausted our resources. We’re seeking any help we can get.”

The Tabernacle of Praise Church of Christ in Rocky Mount has stepped in to provide some of her children with clothing. A GoFundMe page has been set up to help the family. So far it has raised over $5,000. Ramsey is hoping she won’t have to use the money for an immediate place to say so she can use it to help permanently establish her family.

The family’s primary source of income comes from a disability check one of Ramsey’s sons receives and a job her daughter has at the Holiday Inn. Both Ramsey and her daughter attend college.

Despite not knowing what will happen to her family, Ramsey remains hopeful. “I know there is a place out there,” she said.

If the experience has taught her anything, it is to not take anything for granted. “In an instant, everything you have worked so hard for in your whole life can be ripped from you,” she said.

The fire remains under investigation, the Franklin County Department of Public Safety said in a release on Monday.

When asked about electrical fires, Andy Pendleton, deputy fire marshal for Franklin County, directed The Roanoke Times to a Federal Emergency Management Agency graphic that indicates there are 47,000 home electrical fires every year. The graphic says the peak months for electrical fires are November through March.

A fire occurred at a Rocky Mount home on the night of Jan. 7.

The fire was contained to one bedroom and a portion of another.

The Ramsey family of Rocky Mount lived in the home for 17 years.