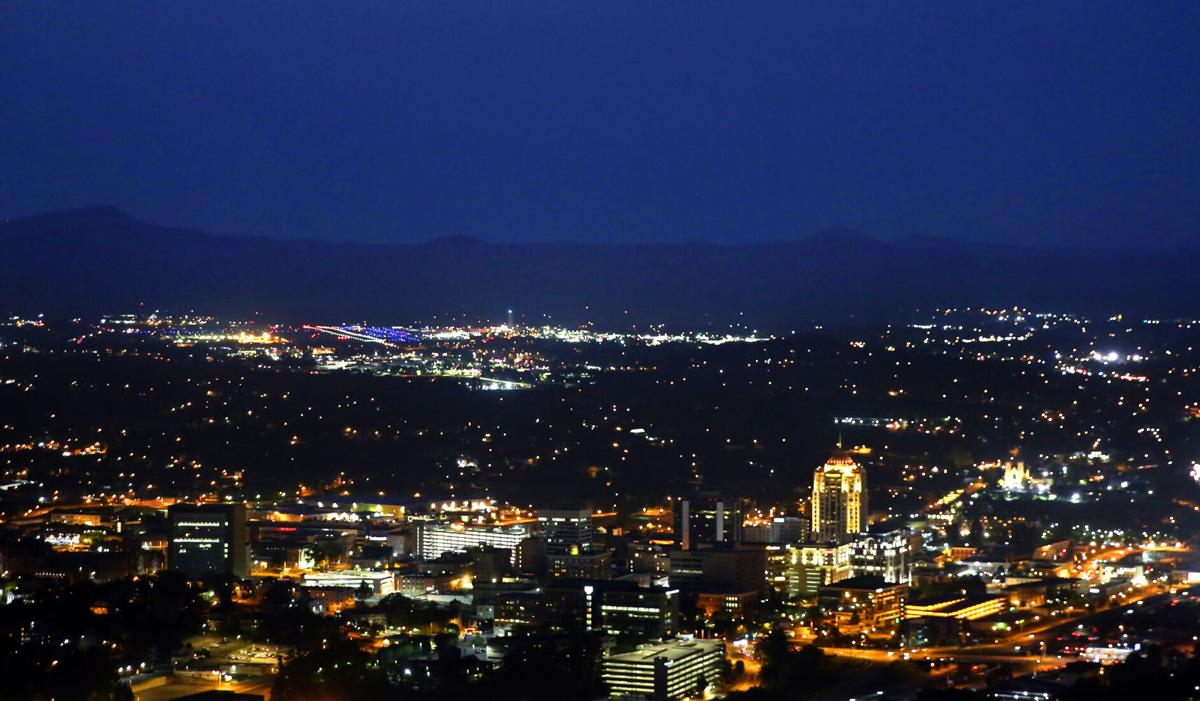 New lights at Roanoke-Blacksburg Regional Airport use less power and brighten the view substantially for pilots landing at night, according to officials. Roanoke is pictured just after dusk from Mill Mountain Star on Monday. The airport runway is at the back center left of the image. 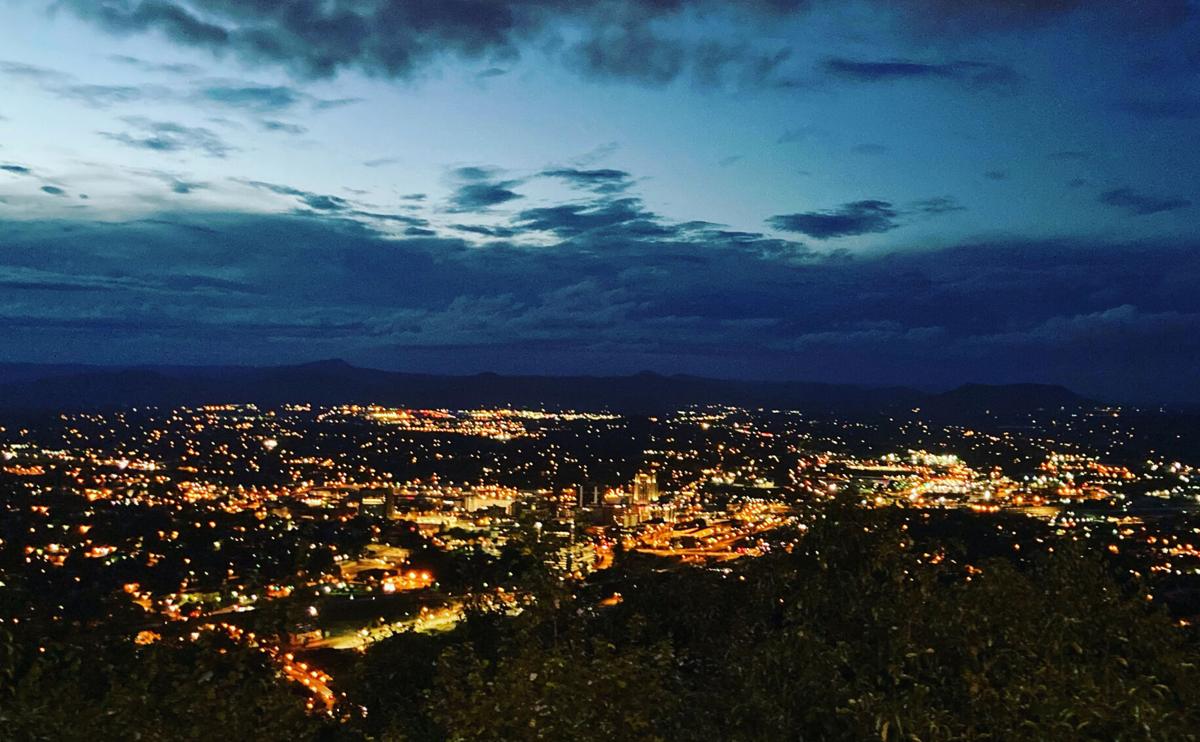 A scene of Roanoke from Mill Mountain Star the evening of Sunday, September 13, 2020.

There’s a new sight visible from the Mill Mountain Star overlook. No, not the moon growing bigger and brighter toward fullness next week. It’s not the pinprick lights of a shopping center or an automotive dealership either.

The fixtures, which cost nearly $4.2 million, use less energy and throw off more light, an aid to pilots and navigation.

An LED is a light-emitting diode that makes visible light with a microchip and uses vastly less energy than a standard lightbulb, according to the Department of Energy.

One pilot estimated the new lighting is 25% brighter than the former incandescent fixtures, which are also being removed at some other airports in the state and nation as well.

“It’s kind of like Christmas lights. The new LED ones are prettier than the old ones and easier to see,” said Roanoke area resident and pilot Jayson Firebaugh. Firebaugh flies a private plane in and out of the Roanoke airport and is a Boston-based pilot and captain for JetBlue.

The new lights will especially help during fog and rain day or night. In deciding whether to land or fly over the airport and possibly try again, “you’re looking for those lights,” Firebaugh said. “You want those lights on full brightness so that you can see to get in.”

Runway lighting brightness is adjustable by personnel in the airport tower. If the tower is closed, pilots can adjust the lights using the cockpit radio.

Good lights help a pilot pick out the runway from among the many highways, shopping centers and other nearby businesses each with their own lights.

Imagine, said Jon Beard of Star Flight Training, “you’re a pilot, you’re flying in at night and here is a valley filled with I don’t know many hundreds of thousands of lights and you’ve got to pick out which part is the airport you’re trying to land on.”

The reaction from pilots to new blue, red, white and green lights is “all positive” as far as Beard has heard. He is the operations manager at a flight school.

Of the 66 public use airports in Virginia, an estimated 15% have converting their runway lighting to LED, said Betty Wilson, spokeswoman for the Virginia Department of Aviation.

The entire 356 acres of the property including more than 3 miles of lake frontage will be offered in the auction.

New lights at Roanoke-Blacksburg Regional Airport use less power and brighten the view substantially for pilots landing at night, according to officials. Roanoke is pictured just after dusk from Mill Mountain Star on Monday. The airport runway is at the back center left of the image.

A scene of Roanoke from Mill Mountain Star the evening of Sunday, September 13, 2020.