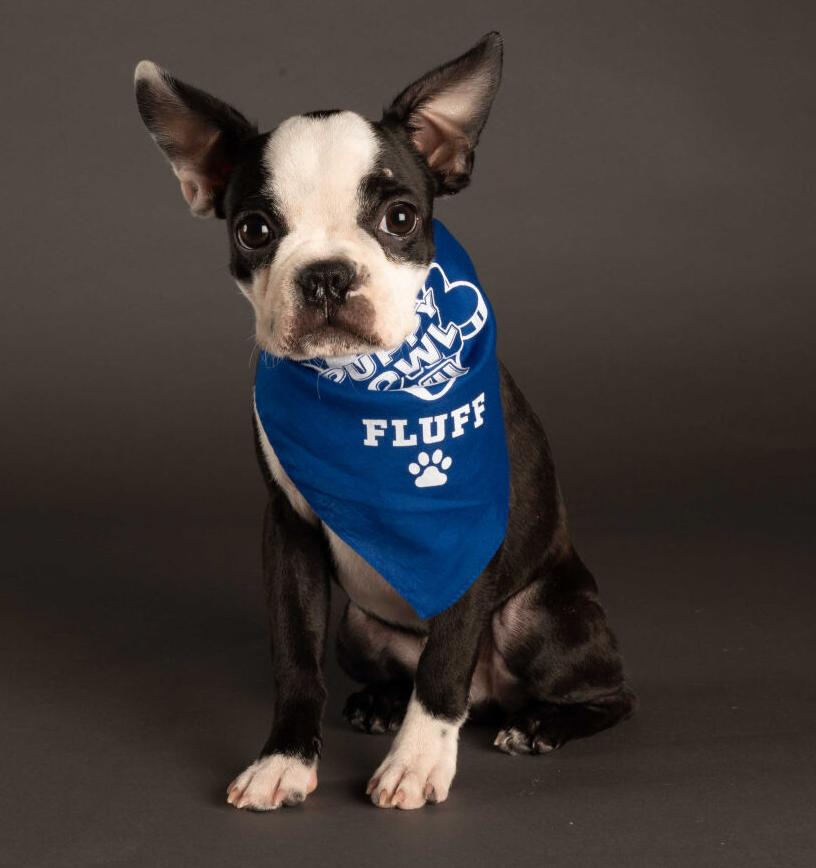 Marshall, a deaf Boston terrier from Green Dogs Unleashed in Fluvanna County and now living near Salem with adoptive parents Chris and Christina Lee, was named most valuable puppy for his performance in Puppy Bowl XVII on Sunday. 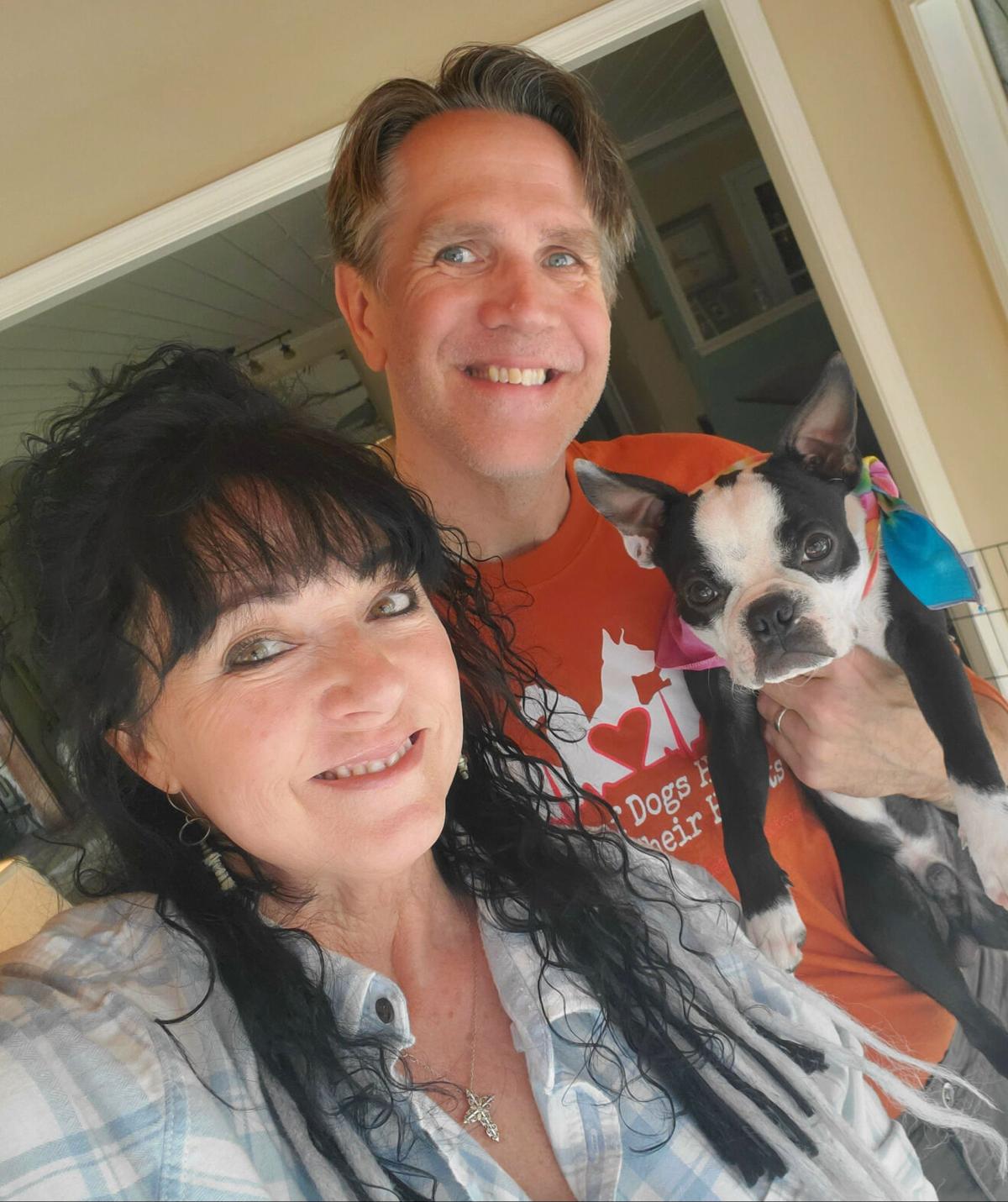 Wild antics from an 8-month-old Boston terrier flashed across TV screens everywhere on Sunday. Meanwhile, the canine in question, Marshall, spent much of his time cavorting with his pack, near Salem.

Hijinks including a “double-touchdown” won Marshall the MVP award at Puppy Bowl XVII. He also claimed Puppy Bowl’s “Most Pupular” contest, via online voting. During the telecast, one of Marshall’s humans, Christina Lee, posted video to social media, showing the little Boston scrapping playfully with his new best friend, a boxer named Axl.

“It is like Puppy Bowl 24/7 here, with 4 deaf dogs and 2 hearing dogs,” Lee wrote in a message exchange.

By the end of the prerecorded show, deaf pup Marshall, whom the Lees recently adopted from Fluvanna County rescue Green Dogs Unleashed, had settled in and was watching the tube, Lee wrote.

Marshall earned his MVP by crossing the goal line with a toy twice in mere seconds, despite hot pursuit from opposing pups. With the deft spin move, Marshall, a member of Team Fluff, scored that squad’s first two touchdowns.

Despite Marshall’s feats, Team Fluff lost to Team Ruff, 73-69, in the free-for-all dog park-style game of run, jump and chase — a more competitive score than the human version played later on Sunday.

“It was so much fun watching the Puppy Bowl,” Lee wrote.

All 70 dogs from 22 shelters were winners, though they didn’t all make the starting 16. Each had been adopted before the game was over, extending a streak of homing success for each of the Puppy Bowl’s 17 seasons.

Marshall was one of five special-needs canines who made the show. All were from Green Dogs Unleashed, a partner organization to Christina Lee and husband Chris’s nonprofit, Deaf Dogs Rock. The other Green Dogs were: Fluco Fletcher, an American Staffordshire terrier and beagle mix who is both deaf and visually impaired; Theodore, aka “Theo,” a Great Pyrenees and Australian shepherd blend; a Dalmatian named Hank, now known as Gus after being adopted; and chow-Irish setter mix Chunky Monkey.

Deaf Dogs Rock and Green Dogs Unleashed social media followings sparked Marshall’s “Most Pupular” win, with help from Boston terrier Facebook groups and the Heart Of Deaf Women Live/Laugh/Love Facebook group, according to Christina Lee. Marshall’s spunky attitude and quick-twitch athleticism won him the MVP. But his teammate and former co-resident at Green Dogs, Chunky Monkey, won many hearts on Twitter through pure cuteness and a super-chill attitude, according to Mashable.com.

That outlet noted “competition for [the] Internet’s New Favorite Dog was, in a word, ruff. But when Chunky Monkey, an unspeakably precious, black-and-white ball of fluff with the face of an angel, pranced onto the field and immediately fell asleep — her opponents were finished.”

Green Dogs Unleashed director Erika Proctor said the dogs’ interacting and play helps show that special-needs dogs are much like all dogs.

“It completely takes the stigma away,” Proctor said in a pre-game interview. “People see these blind and deaf puppies, and they can compete. There’s nothing to fear about adopting a special-needs dog.”

The (Charlottesville) Daily Progress contributed to this report.

Marshall, a deaf Boston terrier from Green Dogs Unleashed in Fluvanna County and now living near Salem with adoptive parents Chris and Christina Lee, was named most valuable puppy for his performance in Puppy Bowl XVII on Sunday.