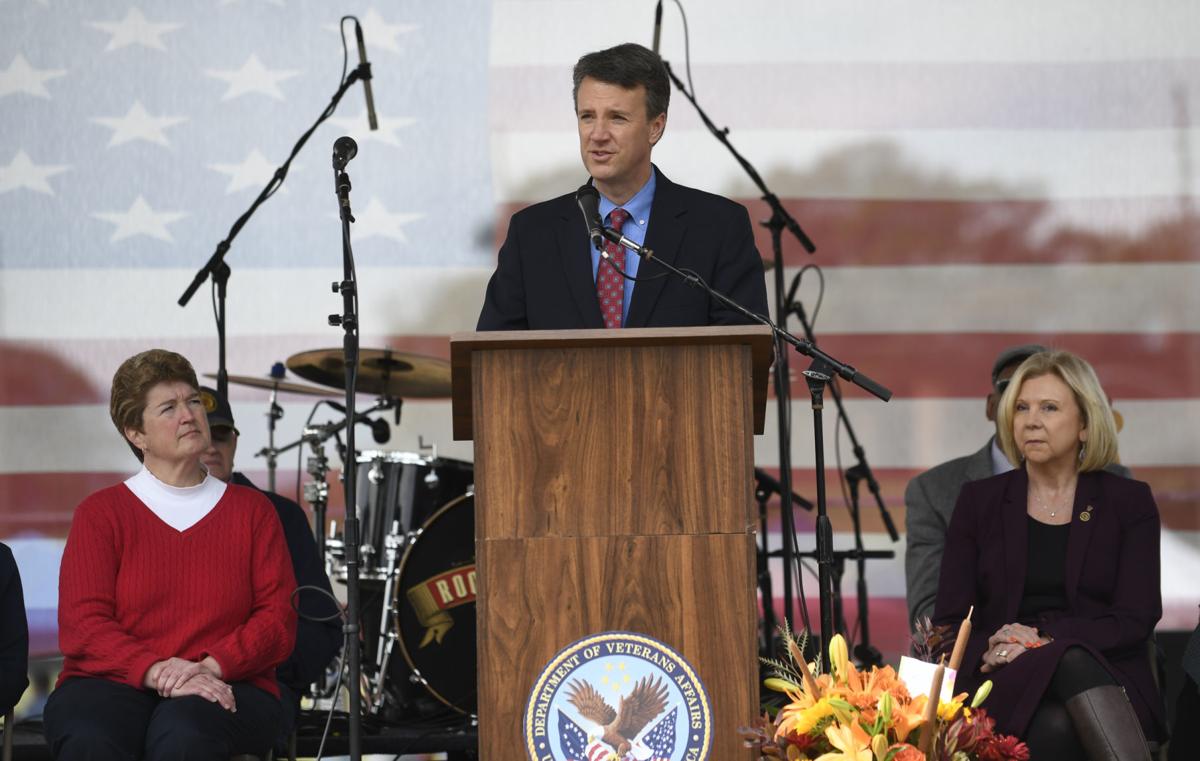 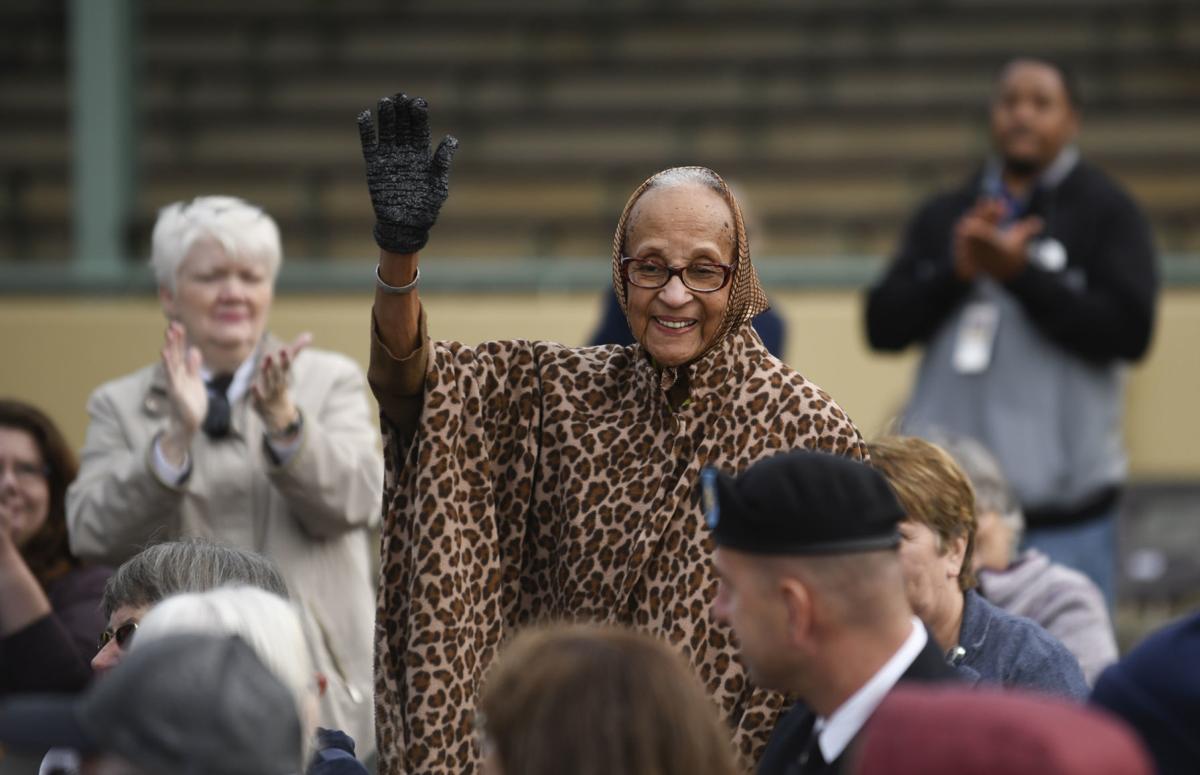 Marian Roach of Salem is introduced during the 85th anniversary celebration of the dedication of the Salem VA Medical Center. Roach recalls seeing then-president Franklin D. Roosevelt ride through Salem on his way to dedicate the hospital.

Roach, 89, was 4 when she and her mother waited along College Avenue in Salem to greet the nation’s 32nd commander and chief, who rode a train there to commission the Salem VA Medical Center. The Women’s Army Corps veteran was in attendance Saturday as well for the hospital’s 85th anniversary held on its front lawn.

“I didn’t know what was going on but I remember talking about President Roosevelt and I remember waving to him,” she said early Saturday afternoon.

After serving as a dental hygienist in the Army, Roach said she worked in New Jersey before coming back to Salem in the early 1980s to finish out her working days as a nurse’s assistant at the Salem VA.

“I’m appreciative to be here to witness this at 89 … I come over and use the facilities as a patient sometimes. This is a very special place,” she said.

According to the Department of Veteran Affairs website, the hospital offers services to more than 78,000 veterans living in 26 counties and 13 independent cities of Southwestern Virginia. Hospital spokesman Brett Robbins said the hospital also has outpatient clinics in Danville, Lynchburg, Staunton, Tazewell and Wytheville.

Many veterans — two from World War II — were among the hundreds in attendance for Saturday’s festivities that included the Virginia Military Institute Honor Guard presenting the colors, a Vietnam War veteran’s commemorative pinning recognition, the 29th Infantry Division Band performing and a concert from country music artist Rockie Lynne.

U.S Rep. Morgan Griffith, R-Salem, spoke to the crowd about the history of the hospital and how Salem beat out Lynchburg as the home for the facility.

“Not only does it help our veterans, it’s part of the community as FDR predicted it would be in 1934,” he said.

According to a 2015 article by The Roanoke Times, the Georgian Revival style facility was state of the art for its time and one of 50 veterans hospitals built between 1920 and 1946. The first patients came from the two World Wars and were there for a variety of physiological, physical and occupational therapies, according to the article.

Robbins said the facility switched from being a primarily neuropsychiatric facility in the 1960s to offering the medical and surgical care it provides today.

He said the campus has grown immensely since its inception, and the hospital is currently undergoing an expansion of its emergency room and dialysis facility.

With veterans coming from across the region, Robbins said he was happy with the turnout for the festivities that took nearly a year to plan — though it was less than the 25,000 who showed up for FDR’s speech 85 years ago.

Leon Goode, 73, who served in the Army, came to celebrate the hospital that has “done so much for him.” The Clifton Forge resident is a combat veteran that served in Korea and two years in Phu Bai, Vietnam. He’s suffered two collapsed lungs and was struck by lightning in combat in Vietnam. He said he appreciates the hospital for more than just the treatment he’s received.

“I’ve been coming here now a good five years … They treat me like a human being … It means a lot to me because we’ve [veterans] have all been through the same thing. There’s nothing like being together with your fellow solider. We look at each other as one,” he said.

The event was held Saturday at the facility's campus, where some recalled the day President Franklin Roosevelt spoke at the 1934 dedication.

Marian Roach of Salem is introduced during the 85th anniversary celebration of the dedication of the Salem VA Medical Center. Roach recalls seeing then-president Franklin D. Roosevelt ride through Salem on his way to dedicate the hospital.