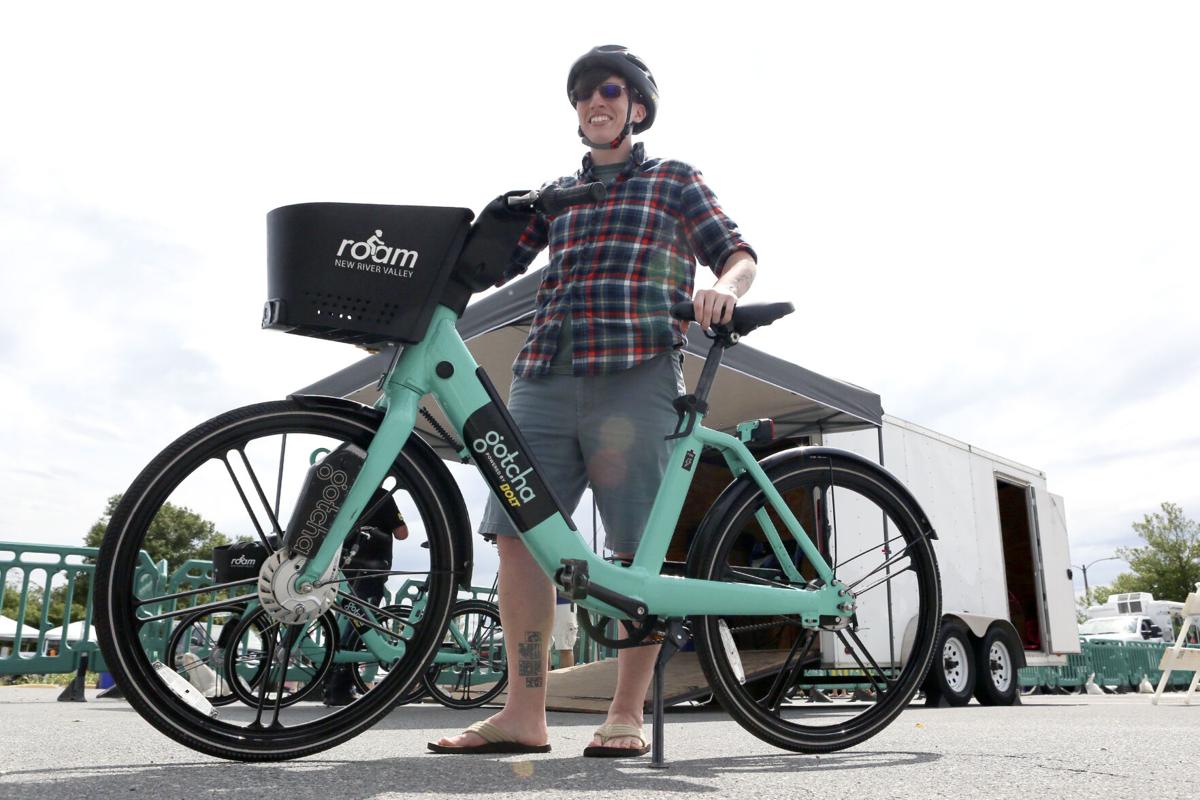 Cat Woodson, operations manager with Roam NRV, stands with one of the new electric-assist e-bikes at the Christiansburg Farmers Market Thursday. 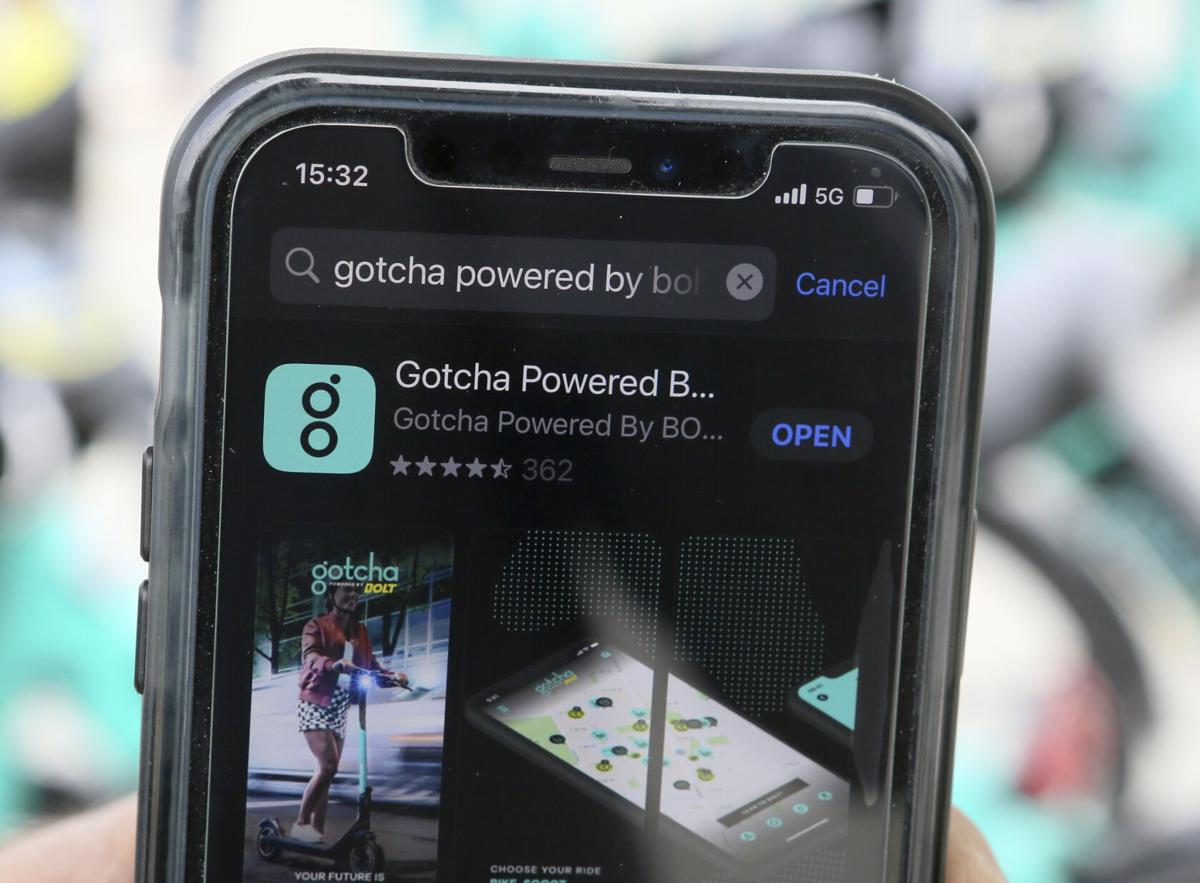 The bikes can be rented through the Gotcha Powered by BOLT Mobility app.

A bike sharing service that launched nearly three years ago is converting its existing pedal bike system to an “all electric-assist” fleet, company Bolt Mobility announced this past week.

Seventy-five e-bikes went online Saturday, and Bolt announced plans to grow the network through the summer. The service is set to eventually grow to a total of 150 e-bikes and several new hub locations throughout the area.

“The New River Valley is building for the future,” Bolt CEO Ignacio Tzoumas said. “Through our partnership with local governments and stakeholders, we can leverage Bolt’s technology to help reduce pollution, improve congestion, provide transportation to the underserved and shorten commute times.”

The upgraded model was showcased Thursday evening during the Christiansburg Farmers Market, which took place at the Christiansburg Recreation Center property on North Franklin Street. The recreation center is among the dozen locations in Montgomery County where riders could rent a bike from a hub.

Most of the hubs, however, are concentrated in Blacksburg—mostly on or near the Virginia Tech campus—which spearheaded the effort to bring the service to the area several years ago.

The service, known throughout the region as RoamNRV, launched in 2018 under the operation of transportation company Gotcha, which is now under the new ownership of Bolt.

Bolt was co-founded by eight-time Olympic gold medalist and retired superstar sprinter Usain Bolt. Among other things, the company emphasizes its partnerships with municipalities, universities and local ownership.

Among the local benefits the company is touting is the service’s aim to make transportation between the towns and Tech more enjoyable.

The service in Montgomery County has complemented amenities such as the popular Huckleberry Trail.

RoamNRV launched with the aid of a $200,000 startup grant from the Virginia Department of Rail and Public Transportation, $50,000 of which was a local match shared among Blacksburg, Christiansburg and Tech.

Cat Woodson, operations manager with Roam NRV, stands with one of the new electric-assist e-bikes at the Christiansburg Farmers Market Thursday.

The bikes can be rented through the Gotcha Powered by BOLT Mobility app.