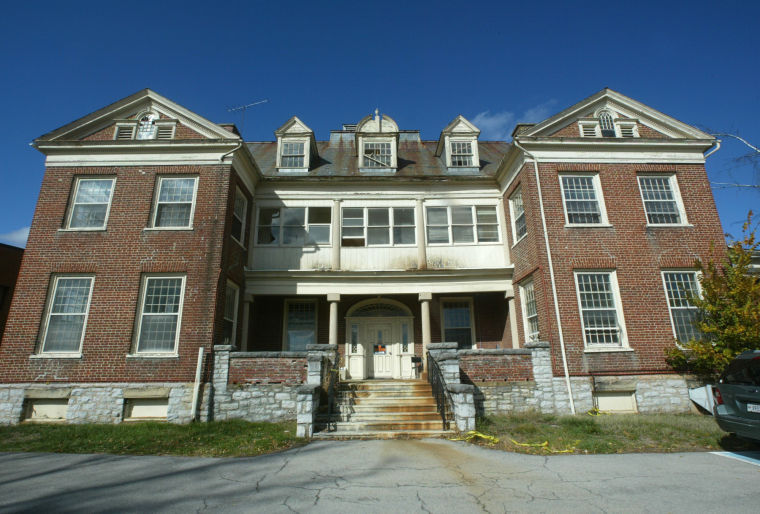 In the Jan. 3 episode, airing at 10 p.m., "The Dead Files" stars travel to Radford to investigate “frightening paranormal activity at the eerie” former psychiatric hospital, according to the series’ website. 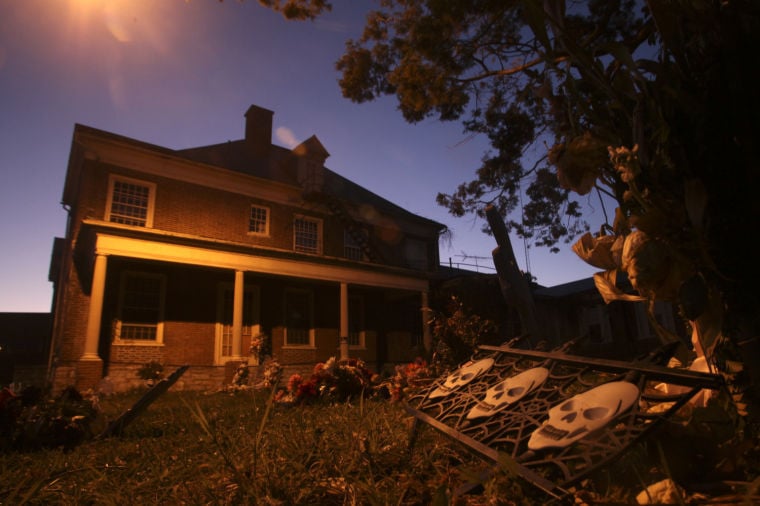 A mock graveyard is set up outside the old Saint Albans hospital in Fairlawn for a Halloween haunted house in 2011. 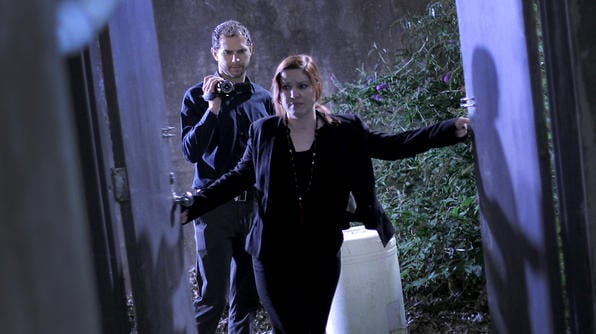 Amy and Matt of "The Dead Files" TV show enter the basement at St. Albans sanatorium in Radford.

By Melissa Powell | The Roanoke Times

Radford’s historic Saint Albans Hospital will be the focus of Friday’s episode of “The Dead Files,” a paranormal television series on the Travel Channel.

Radford police Lt. Andy Wilburn is also hopeful that the broadcast will generate leads about one of the New River Valley’s most notorious murders.

“Steve’s fact-finding mission reveals the hospital’s horrific past, while Amy encounters numerous powerful spirits, including a dangerous entity with the power to possess the living,” the website states.

Wilburn said that while DiSchiavi and Allan were researching the Radford area, they learned about the 1980 investigation into the death of Gina Hall.

Wilburn said he was interviewed on camera for the show and provided some background on the case, which involved the 18-year-old Radford University student who, on June 28, 1980, went dancing at a nightclub in Blacksburg, left with a man and was never seen again.

Police and prosecutors contended that Stephen Epperly took Hall to a Claytor Lake cabin and beat her to death, perhaps because she refused his sexual advances.

Police found Hall’s blood in the cabin and in the trunk of her car, but never found her body.

Though he maintained his innocence throughout the investigation and trial, Epperly was the first person in Virginia ever convicted of murder without a confession, a body or an eyewitness. Now 61 years old, he is still incarcerated at Buckingham Correctional Center in Dillwyn, according to online records.

In a video clip of Friday night’s episode that is posted on the series’ website, Wilburn told DiSchiavi that some people believe Hall’s body is at the lake, while others think she was buried on Saint Albans’ property. Her car was found nearby, and the rumor is that Epperly worked at Saint Albans at some point, Wilburn said.

In another video posted on the website, Allan explored the dark sanatorium and told the cameraman that she detected the presence of a female with an older man. The female was “being messed with,” and the man was attempting to kiss her, Allan said. Eventually the female was “kind of assaulted,” Allan said.

Wilburn said on Thursday that he hopes the episode will again bring attention to the case and lead to tips about the possible whereabouts of Hall’s body.

The focus of the show, however, will be on Saint Albans and paranormal activity reported there. The building, which became a psychiatric hospital in 1916, was first an all-boys prep school. It has been the site of several haunted houses and ghost tours in recent years.

Stephen Matteson Epperly, now 69, has been in prison since 1980, when a jury convicted him of killing 18-year-old Gina Renee Hall.

In the Jan. 3 episode, airing at 10 p.m., "The Dead Files" stars travel to Radford to investigate “frightening paranormal activity at the eerie” former psychiatric hospital, according to the series’ website.

A mock graveyard is set up outside the old Saint Albans hospital in Fairlawn for a Halloween haunted house in 2011.

Amy and Matt of "The Dead Files" TV show enter the basement at St. Albans sanatorium in Radford.