Gov. Ralph Northam and the Virginia Senate Republican Caucus confirmed Chafin died Friday night. He represented a swath of far Southwest Virginia, including part of the New River Valley. He was 60.

“With the passing of Senator Ben Chafin, Southwest Virginia has lost a strong advocate — and we have all lost a good man,” Northam said in a statement.

Northam has ordered that the Virginia state flag be lowered in his honor and remain at half-staff until sunset on the day of Chafin’s interment.

“I knew Ben as a lawmaker, an attorney, a banker, and a farmer raising beef cattle in Moccasin Valley, working the land just as generations of his family had done before him," Northam said. "He loved the outdoors, and he loved serving people even more. He pushed hard to bring jobs and investment to his district, and I will always be grateful for his courageous vote to expand health care for people who need it."

Chafin served in the House of Delegates for about a year before joining the Senate in 2014. He died less than two weeks before the start of the General Assembly’s regular legislative session.

Chafin, an attorney who lived in Lebanon in far Southwest Virginia, and his family kept the information about the senator’s diagnosis private for weeks.

Lawmakers and people in political circles heard about Chafin having the disease caused by the novel coronavirus in mid-December when he was hospitalized at VCU Medical Center in Richmond. His office didn’t respond to repeated requests from The Roanoke Times in December for information about his health.

Toward the end of December, a member of his church posted in a Facebook group that he was “suffering from complications due to COVID-19” and that his family was asking for prayers.

The Russell County Republican Committee posted on Facebook this week that Chafin had coronavirus.

Several Virginia lawmakers have tested positive for COVID-19, but Chafin was the first one to die from the virus.

Chafin represented the 38th Senate District, which spanned from Montgomery County to Wise County. He was born and raised in Southwest Virginia, where he also ran a beef cattle farm.

He was elected to the House in 2013. He ran for the state Senate in 2014 in a special election to replace Democrat Phillip Puckett, who stepped down, resulting in Republicans taking control of the Senate.

Like others in the Southwest Virginia delegation, Chafin was an outspoken advocate for the region and efforts to rebuild the struggling economy.

“Ben loved life, his family, his work, and the people of Southwest Virginia, for whom he advocated tirelessly,” Sen. Todd Pillion, R-Washington, said in a statement.

“Senator Ben Chafin was a great legislator as well as a friend,” Rep. Morgan Griffith, R-Salem, said in a statement. “As a native of Southwest Virginia, he cared deeply for its people and was a tremendous advocate for them in the state Senate.”

After years of opposition to expanding Medicaid coverage to low-income residents, Chafin was one of a handful of Republicans to break from his party to vote in favor of it in 2018. He said at the time it was essential to ensuring that people in his economically distressed area had access to health care and to bolstering its hospitals.

As major green energy legislation moved through the legislature last year, Chafin helped tweak it so that the Virginia City Hybrid Energy Center wouldn’t be forced to close so soon. He said the coal- and biomass-fired plant was important for cleaning up waste coal in the region, and it provided valuable tax revenues.

“Ben was deeply and wholeheartedly committed to the commonwealth, and especially to the people of Southwest Virginia,” Senate Minority Leader Tommy Norment, R-James City, said in a statement. “A community leader in Russell, Ben rose to prominence in the fields of law, banking, and agriculture long before his neighbors elected him to the General Assembly. First as delegate and then senator, Ben relentlessly promoted and fought for the interests and values of Southwest. He put the interests of those he was entrusted to serve first, cherishing the people of the region he proudly called ‘home.’”

He is survived by his wife, Lora, and three children. His sister, Judge Teresa Chafin, was elected to the Virginia Supreme Court in 2019.

Chafin requested there be no formal burial service. He’s asked that people make food bank donations in his memory to the Elk Garden School Community Ministry at 52 Hayters Gap Road in Rosedale. The food bank is affiliated with the Gracewood Community Church in Lebanon, where Chafin and his family attended since its founding in 2008.

Travis Hackworth beat five other candidates in a firehouse primary Thursday to secure the Republican nomination for the vacant state Senate seat in the 38th District. He will now enter the March 23 special election against presumptive Democratic nominee Laurie Buchwald. 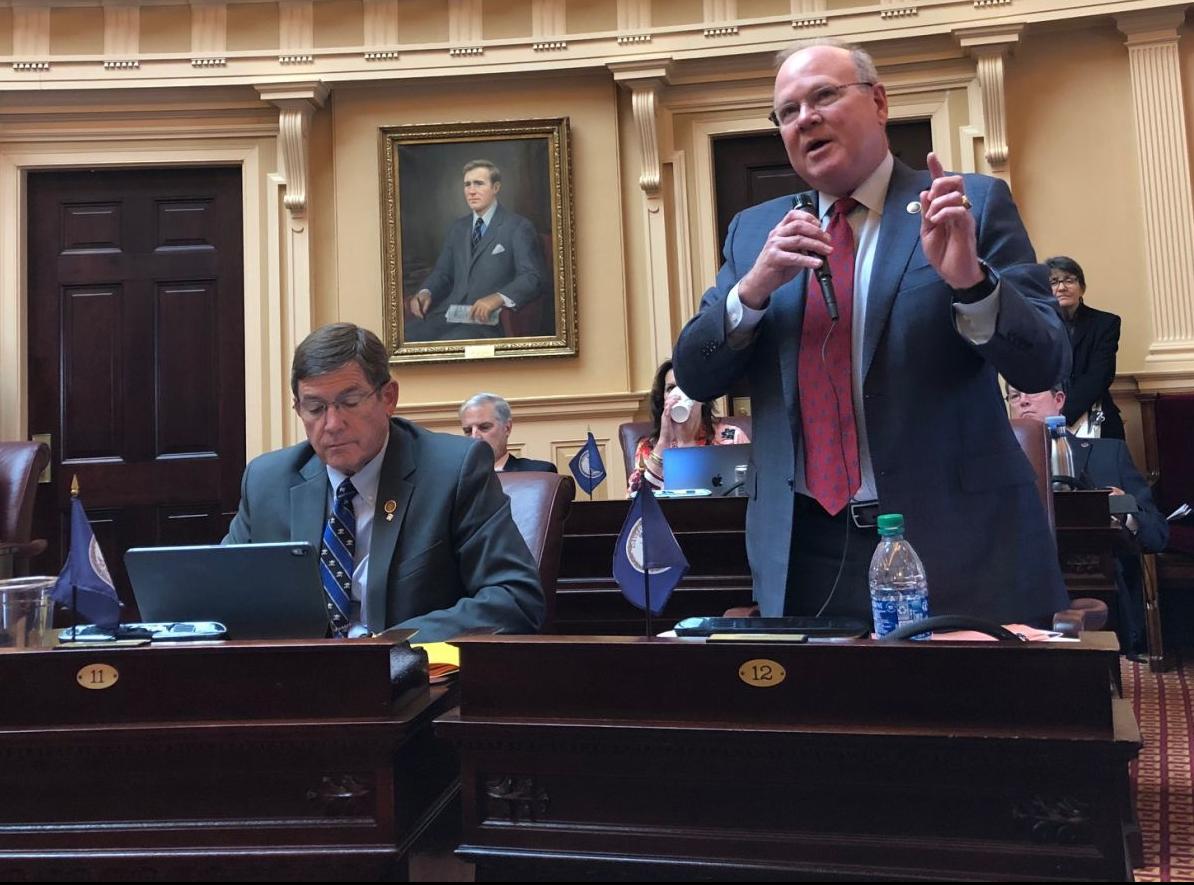 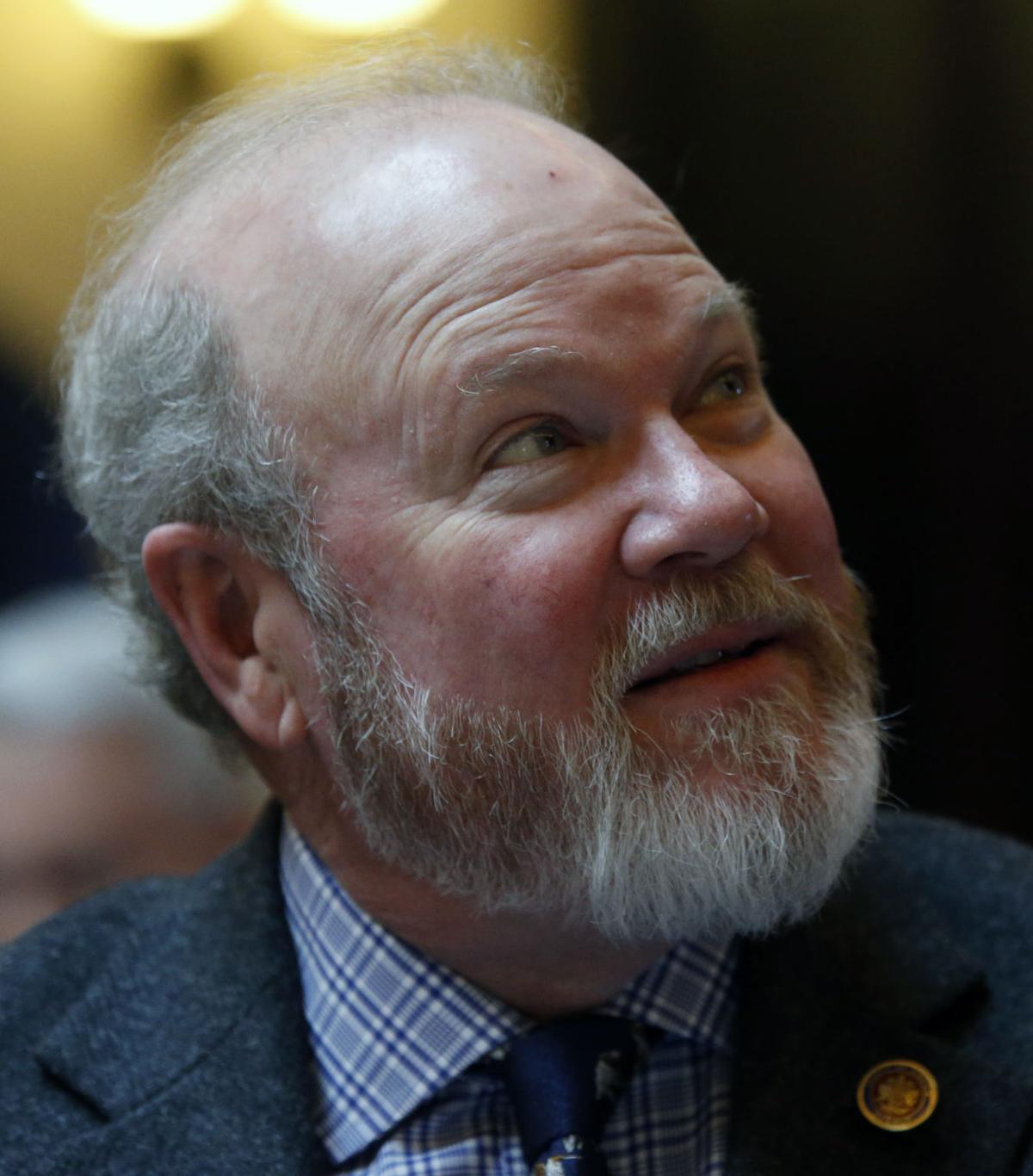