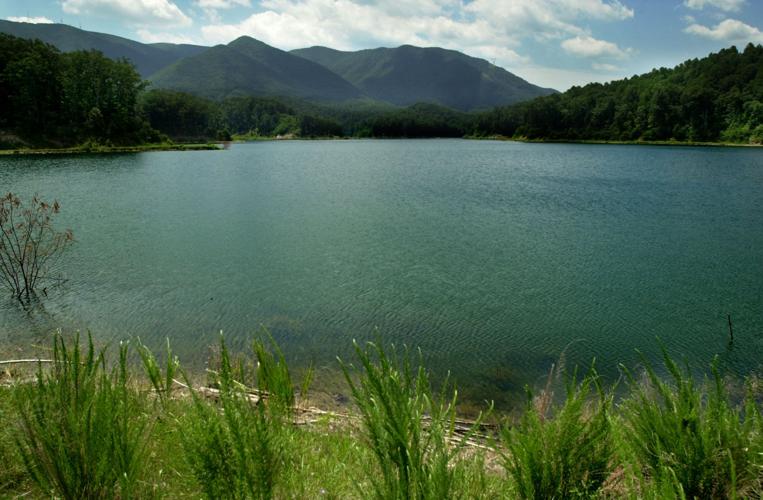 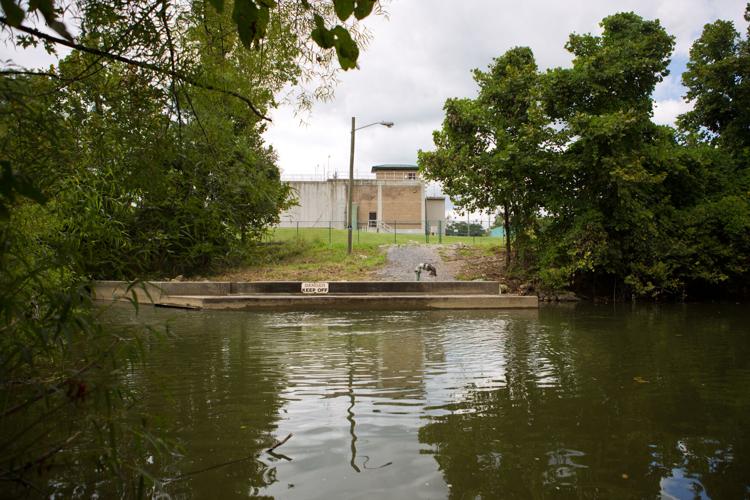 The Salem Water Treatment Plant, with the Roanoke River in the foreground. So far testing has not found "forever chemicals" in the city's water supply. The city pumps water from the Roanoke River, but at a spot about 10 miles downstream from where water is pumped into the Spring Hollow Reservoir.

What’s known as a “forever chemical,” first found last year at concerning levels in the Spring Hollow reservoir west of Salem, has more recently been detected in the nearby Roanoke River.

The test results are an important development for the Western Virginia Water Authority, which is trying to figure out how a hazardous compound called GenX wound up in one of its key supplies of public water.

“I’m not glad we have it, but I am glad to see that we may be close to confirming where we are getting it,” Roger Blankenship, the authority’s deputy chief operating officer for water quality, wrote in an Aug. 25 email to colleagues.

The discovery of GenX in the river also raises concerns for Salem, which draws its drinking water about 10.5 miles downstream from where the chemical was detected. To date, no contamination has been found at the city’s intake, a spokesman said.

Last year, as part of a statewide study by the Virginia Department of Health, tests of Spring Hollow water found GenX, the trade name for hexafluoropropylene oxide dimer acid, at levels of 51 and 57 parts per trillion.

Later sampling by the water authority found almost three times that amount — 139 parts per trillion — in the river at a location just upstream from where Roanoke River water is pumped into the Spring Hollow reservoir.

The Environmental Protection Agency warns that exposure to more than 10 parts per trillion of GenX in drinking water, over an extended time period, could cause health problems.

A health advisory was issued by the EPA in June, well after GenX was first detected in Spring Hollow. The advisory is not enforceable, and there are currently no federal regulations that govern forever chemicals.

More than 6,000 man-made compounds — officially called PFAS, or per- and polyfluoroalkyl chemicals, but better known as forever chemicals because they can last for generations — are believed to the present worldwide in air, water, soil and living organisms.

It is only in recent years that concerns about them have grown. Tests at Spring Hollow marked the first time they have been found in the authority’s water bodies, which serve about 69,000 customers in the Roanoke Valley.

Details of the authority’s investigation are contained in emails that the agency provided to The Roanoke Times last week in response to a Freedom of Information Act request.

“We’ve finally found a significant source of the GenX,” read a 6:39 a.m. email dated Aug. 25, shortly after authority officials first received the lab results of samples taken from the river the previous month.

The water authority quickly notified Salem. “This would be particularly bad news for them,” Scott Shirley, chief operating officer for water quality, wrote in a email later that morning.

“We are very concerned when something like this is detected in any water source, especially one that is just upstream,” city spokesman Mike Stevens said last week in response to questions from the newspaper.

“Thankfully, we have not identified any sort of problem at our intake in Salem,” he wrote in an email, saying the city had just received word from the Department of Health that no forever chemicals were found in water samples taken in July.

Additional monitoring is planned. At Spring Hollow, the authority has limited the amount of water distributed to its customers as a precautionary measure until more details are known. Other water bodies that tested negative for GenX, such as Carvins Cove, are being used.

GenX was first detected at Spring Hollow in 2020, at levels below EPA’s health advisory guidelines at the time.

The chemical seemed to be appearing intermittently, and in declining levels, until the Heath Department tests in 2021 found it in concentrations in the 50 part per trillion range.

The GenX in Spring Hollow was the highest concentration of a forever chemical found in 45 public water sources that were part of the statewide tests, according to a 2021 Department of Health report to the General Assembly, which required the study in 2020.

Authorities believe the substance was diluted after being pumped into the 3.2-billion gallon reservoir, which would explain the higher numbers in samples taken from the Roanoke River.

Previous tests of river water had not revealed GenX. But now that the authority knows it is there, the search for a source has been narrowed.

“The results seems to indicate that intermittent discharges of this compound are being introduced to the Roanoke River; therefore, additional water sampling investigations can be focused on possible sources along the North and South Forks of the Roanoke River and their tributary creeks,” Sarah Baumgardner, a spokeswoman for the authority, wrote in an email.

The authority is confident that the source of GenX will eventually be found, she said, because it has limited uses in manufacturing. The compound is an intermediate product used most frequently in the manufacture of non-stick plastic.

According to the EPA, exposure to the chemical can cause complications to the liver, kidney and immune system, and may be linked to cancer.

However, the administration’s health advisory is based on lifetime exposure to a chemical that is measured in tiny amounts. If expressed as a unit in time, one part per trillion would be approximately one second in 32,000 years, states a letter the authority sent to its customers last month.

The water authority is working with the Health Department and the Virginia Department of Environmental Quality in its search for the origin of GenX.

“There just are not that many facilities using this process in the upper reaches of the Roanoke River watershed that provide water to our pumping station,” Baumgardner said.

A more remote possibility — but one that has not been ruled out — is that the chemical became airborne and was carried by the wind to the Spring Hollow area.

Tests are currently underway to further explore that theory.

But some of the same properties that make them so popular also mean that the chemicals can remain in the environment for almost as long as their name suggests.

Tests at the reservoir and the nearby Roanoke River have detected a chemical called GenX at levels that exceed recommendations for consumption.

Tests have detected GenX, a so-called "forever chemical" at levels that exceed an EPA health advisory.

A compound called GenX has also shown up in the Spring Hollow reservoir, a key supply of drinking water for the Roanoke Valley.

ProChem is responsible for the release of GenX into a water supply that serves the Roanoke Valley.

Spring Hollow is the first and only facility operated by the Western Virginia Water Authority found to contain the hazardous substance.

The Salem Water Treatment Plant, with the Roanoke River in the foreground. So far testing has not found "forever chemicals" in the city's water supply. The city pumps water from the Roanoke River, but at a spot about 10 miles downstream from where water is pumped into the Spring Hollow Reservoir.