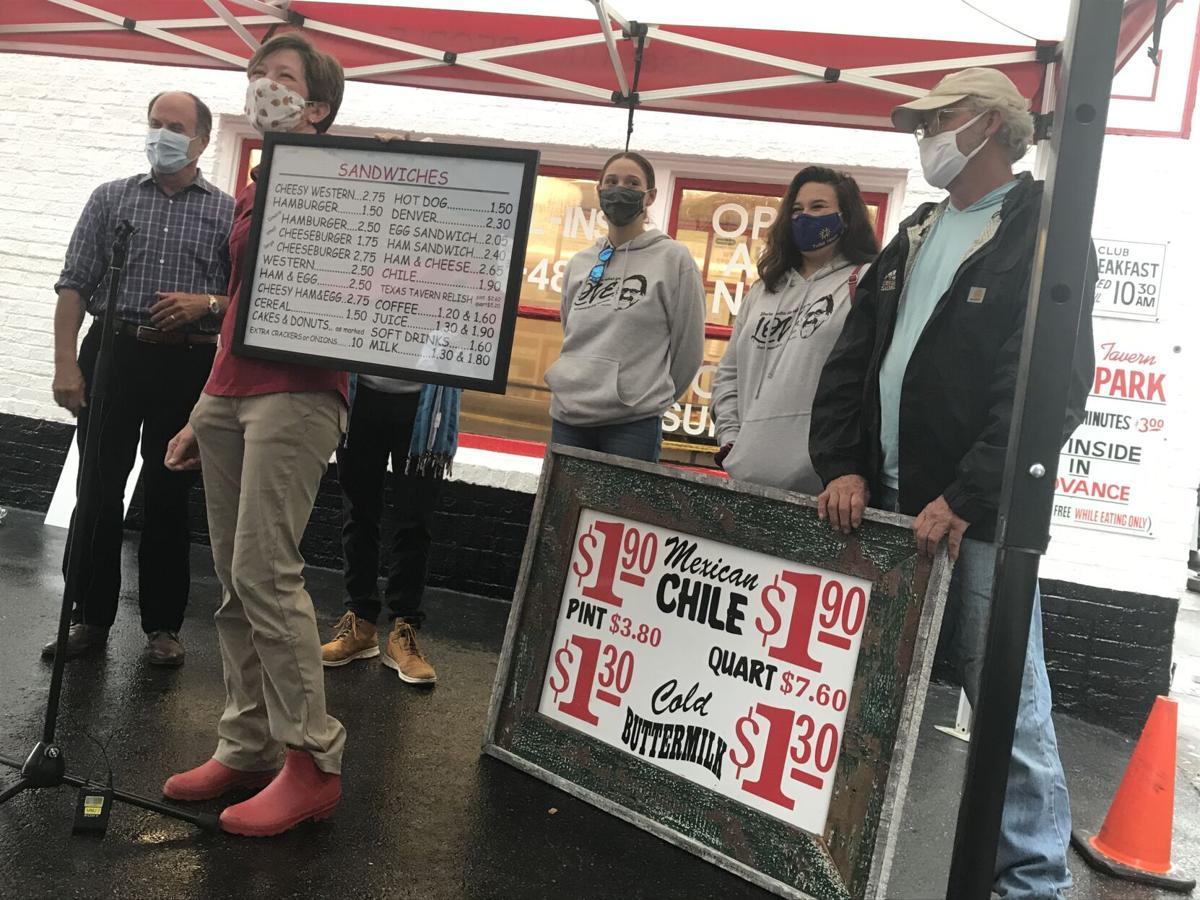 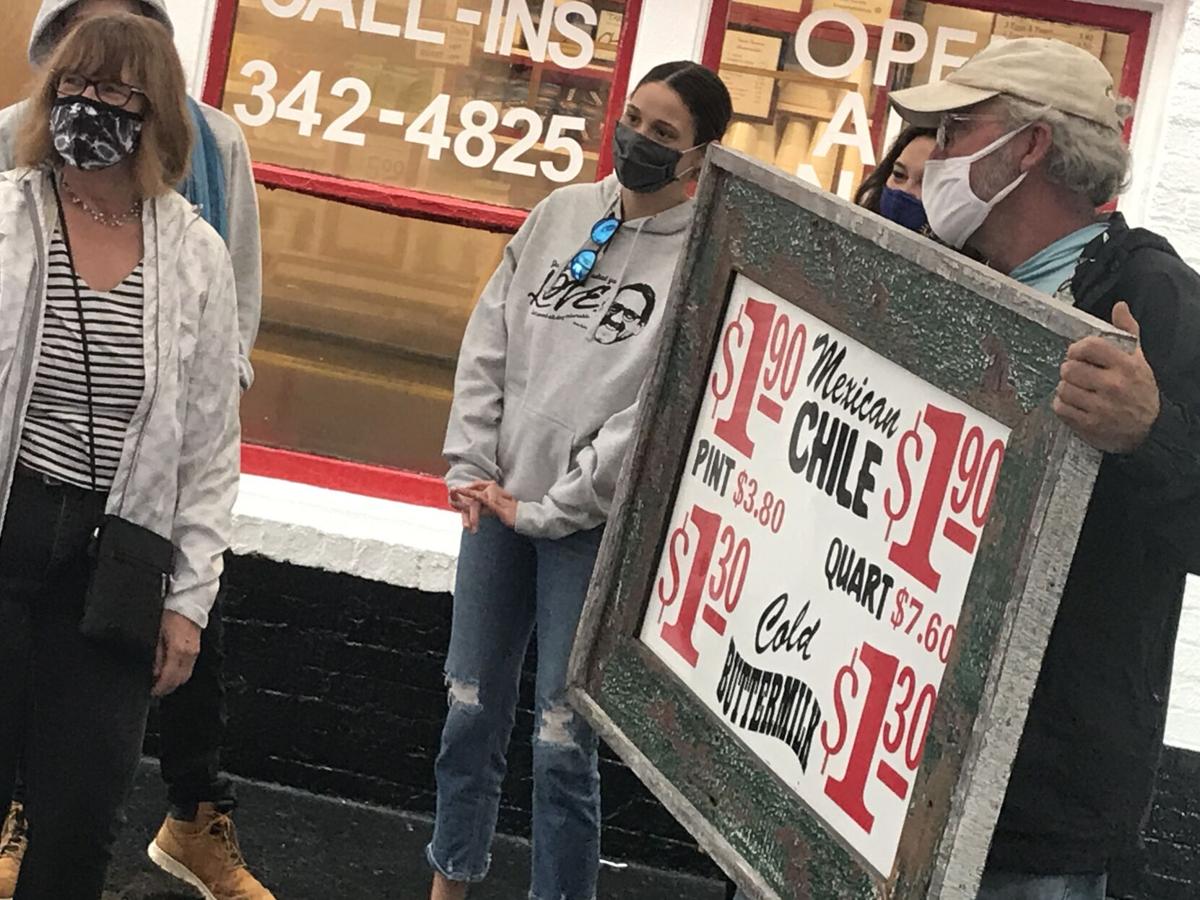 Mike Whiteside of Black Dog Salvage (right) presents a custom-framed Texas Tavern sign to Ann Clark (left), who placed a winning bid of $1,260 in an online auction to benefit Tudor House. Looking on are Hannah Tudor (middle) and Jessica Tudor (behind Whiteside).

The Texas Tavern’s auction of several of its iconic restaurant signs raised $5,085 for suicide prevention.

The 90-year-old Church Avenue establishment sold three signs during an online auction to raise money for Tudor House, a new nonprofit started by the family of Louis Tudor, a well-known restaurateur and swim coach who died by suicide in July. Texas Tavern owners Matt and Molly Bullington, whose 1930 restaurant sits a block away from where Tudor operated Tudor’s Biscuit World until 2012, presented a check to the Tudor family and awarded the signs to the auction winners on Wednesday.

A menu sign that hung on the wall from 2012 until this year garnered a winning bid of $2,650 from Adrienne Bloss of Salem, who bought the sign as a gift for her husband, Andy Goldstein. Ann Clark paid $1,260 for a large exterior sign that was custom-framed by Black Dog Salvage. Mike Williams of Blacksburg won the “Chile You’ll Like It” sign with a $1,175 bid. Simply Framing by Kristi framed the other signs.

The Tudor family is renovating the former Tudor’s Biscuit World space into a location for Tudor House, which will provide suicide prevention resources and mental health education to the public. Donations to Tudor House can be made online at www.tudorhouse.net.

Tudor House in Roanoke will seek to collaborate with others to help prevent suicide and to offer services for those grieving in the wake of one.

A large crowd had gathered long before a 6:05 a.m. sunrise Sunday at the Hunting Hills Country Club pool.

Remembering Louis Tudor, 'one of a kind'

If you were part of a generation of customers who dined on Tricky Nicks and Shannies at Tudor’s Biscuit World, you knew Louis Tudor as the bis…

Mike Whiteside of Black Dog Salvage (right) presents a custom-framed Texas Tavern sign to Ann Clark (left), who placed a winning bid of $1,260 in an online auction to benefit Tudor House. Looking on are Hannah Tudor (middle) and Jessica Tudor (behind Whiteside).