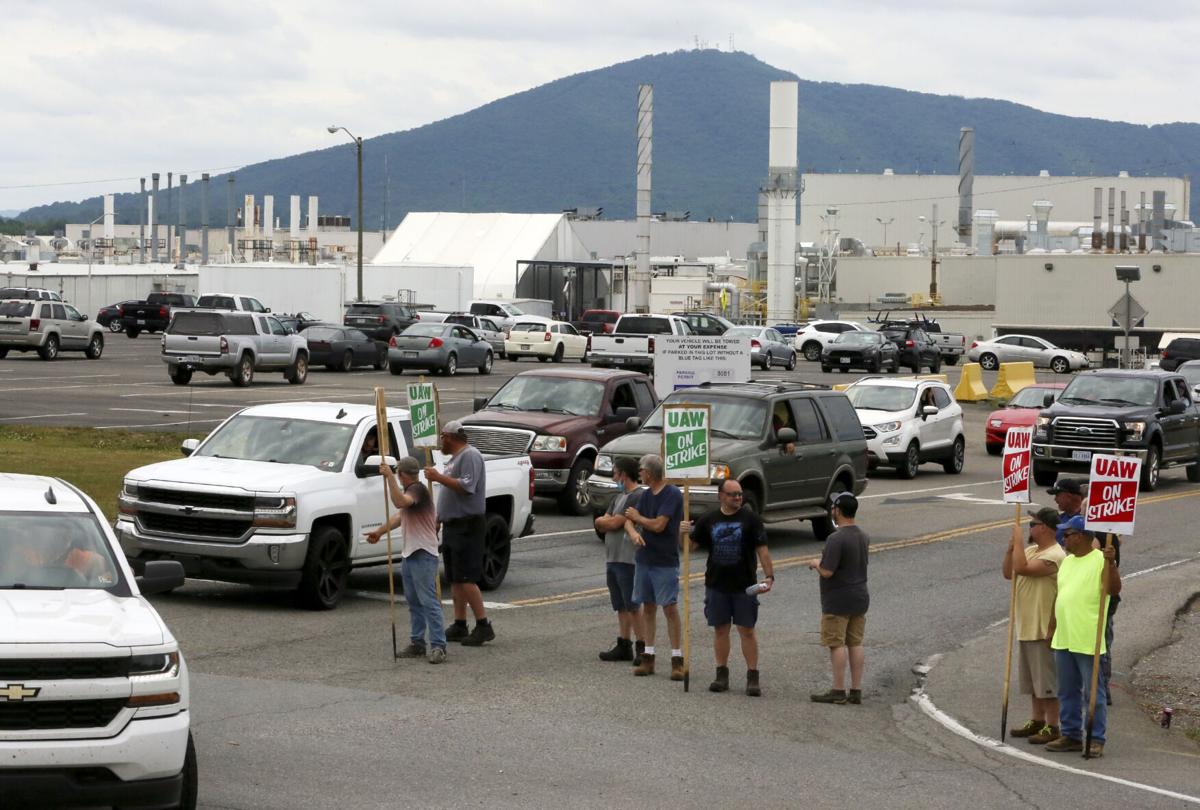 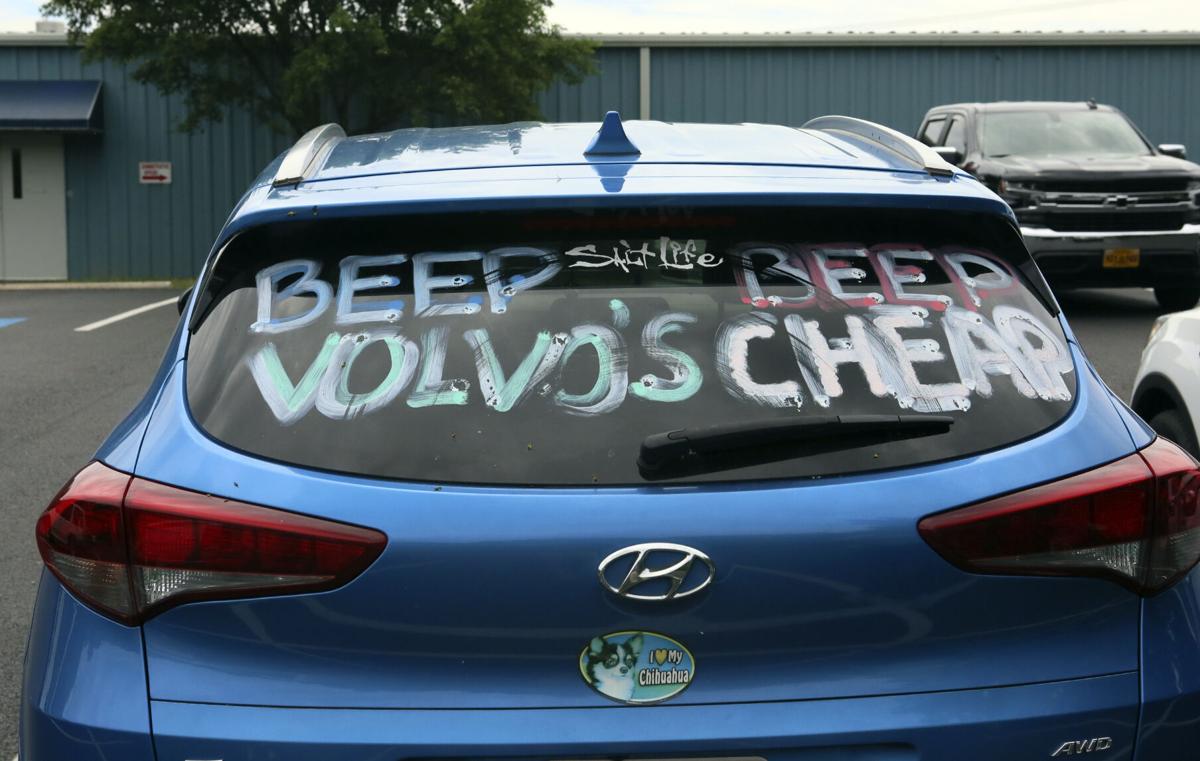 A car parked outside the United Auto Workers union hall in Dublin Monday offered a message. 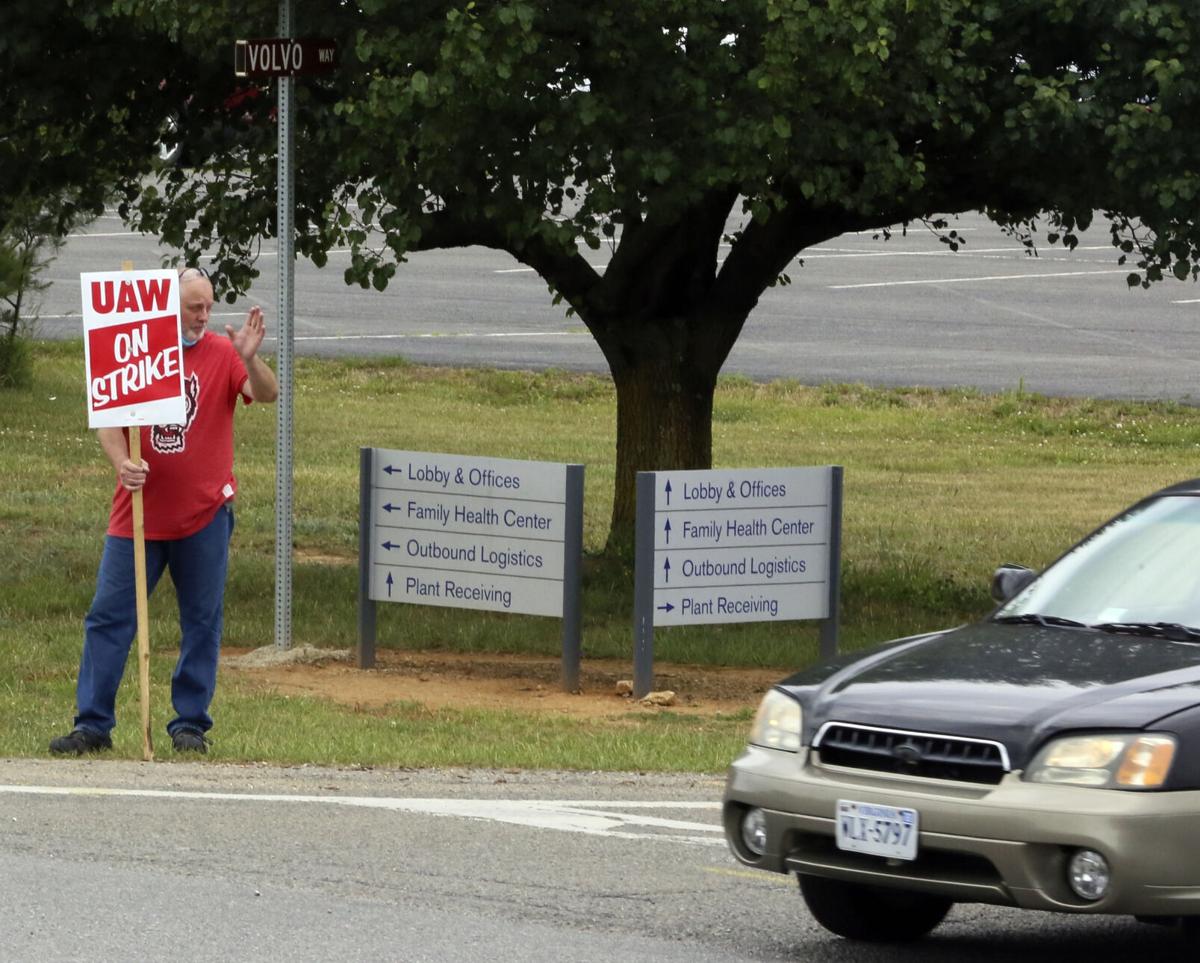 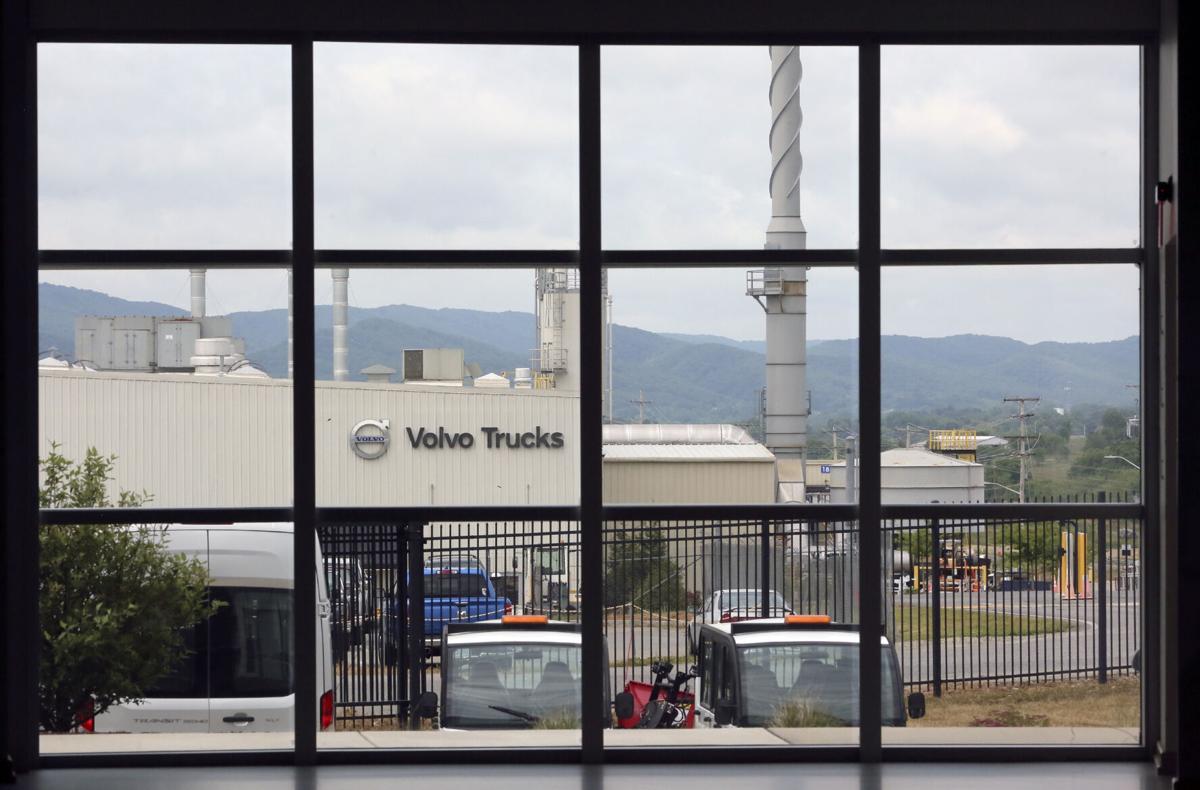 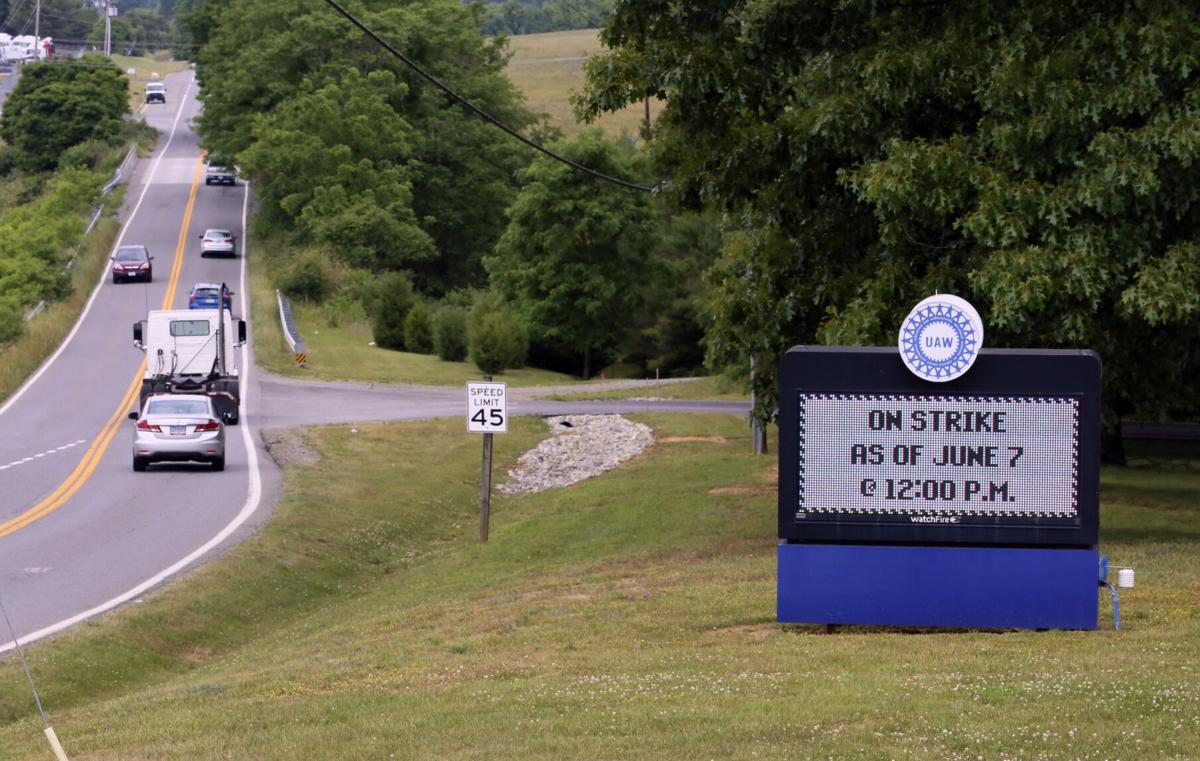 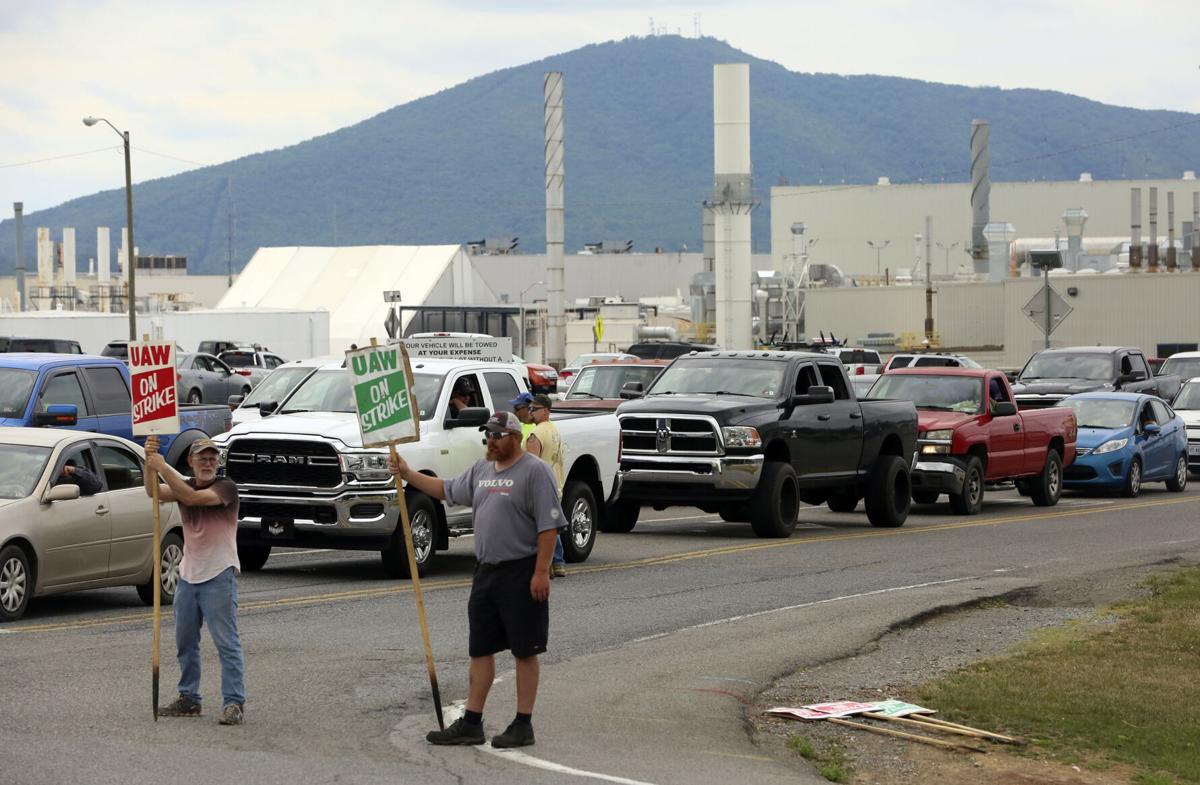 The union local’s about 2,900 members and the company are still at odds over a new contract, after unionized workers on Sunday overwhelmingly rejected the latest version.

Inside the union local building across the from the plant on Cougar Trail Road, volunteers set up a lunch buffet for striking workers.

“We set it up so they can get fed and go” to the picket line, UAW Local President Matt Blandino said.

Blandino said he was not authorized to comment on the negotiations or why members voted down the most recent tentative agreement. He said negotiators from the wider union were working on those issues.

About a dozen members gathered outside the local building declined to comment. Some said they felt the action spoke for itself.

Melissa McDaniel, a new member who came to work at the plant’s paint building in February, was volunteering on the buffet. She said she’s been carrying the union message everywhere she goes, using her car as her sign. The back window read: “Beep Beep, Volvo’s Cheap.”

“It is difficult to understand this action,” said NRV Vice President and General Manager Franky Marchand. “UAW International, Regional, and Local leadership endorsed the tentative agreement, which provided significant economic improvements for all UAW-represented workers, and a package of benefits that is very competitive for our industry and region. We remain committed to the collective bargaining process, and we are confident that we will ultimately arrive at a mutually beneficial agreement.”

Local 2069 posted results Sunday night that indicate 90% voted no on both common language and hourly language in the contract proposal. On salary language, 91% voted no, according to the union. No vote totals were released, just percentages.

Voting took place from 9 a.m. to 5 p.m. Sunday, according to the statement by Missy Edwards, election committee chairperson.

The previous contract, reached in 2016, was to have expired in mid-March. Volvo Trucks said negotiations began Feb. 8.

Bargaining continued until unionized workers went on strike from April 17 to 30. They returned to work as negotiations resumed.

On May 16, UAW members overwhelmingly rejected a proposed contract.

The company announced May 22 that it had reached another tentative agreement on a six-year contract with the union, which was the subject of Sunday’s vote and rejection.

Volvo Trucks is one of the largest private sector employers in the region, with approximately 3,300 employees.

CASEY: Readers write about ‘personal responsibility’ and the unvaccinated

A reader asked, "Have you considered writing about the cost taxpayers are bearing for the medical care of folks who have been offered a free COVID vaccine but refuse to get one?" I did soon as I read her email.

A car parked outside the United Auto Workers union hall in Dublin Monday offered a message.