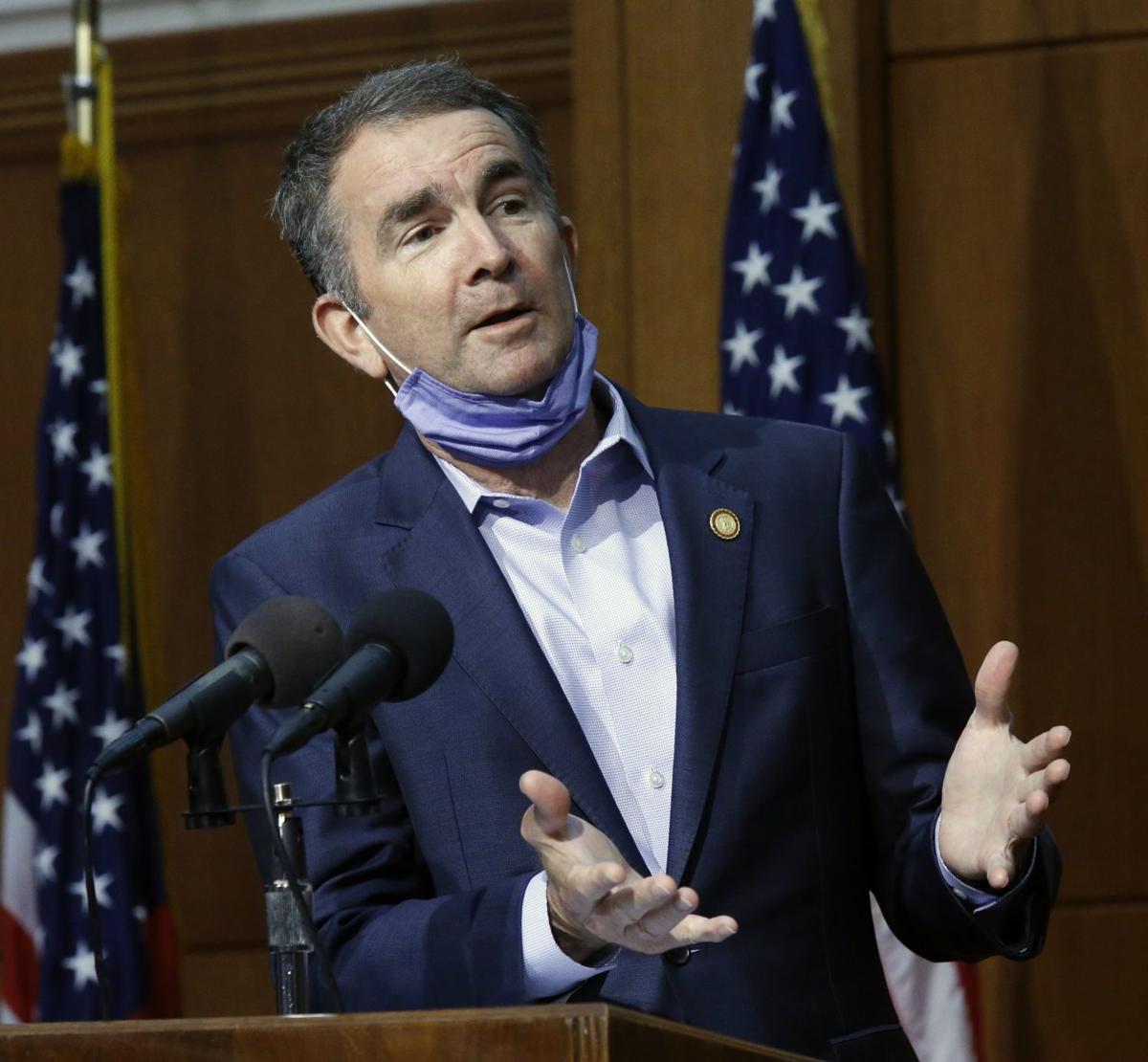 Virginia Gov. Ralph Northam answers a question during a news briefing inside the Patrick Henry Building in Richmond on June 23. 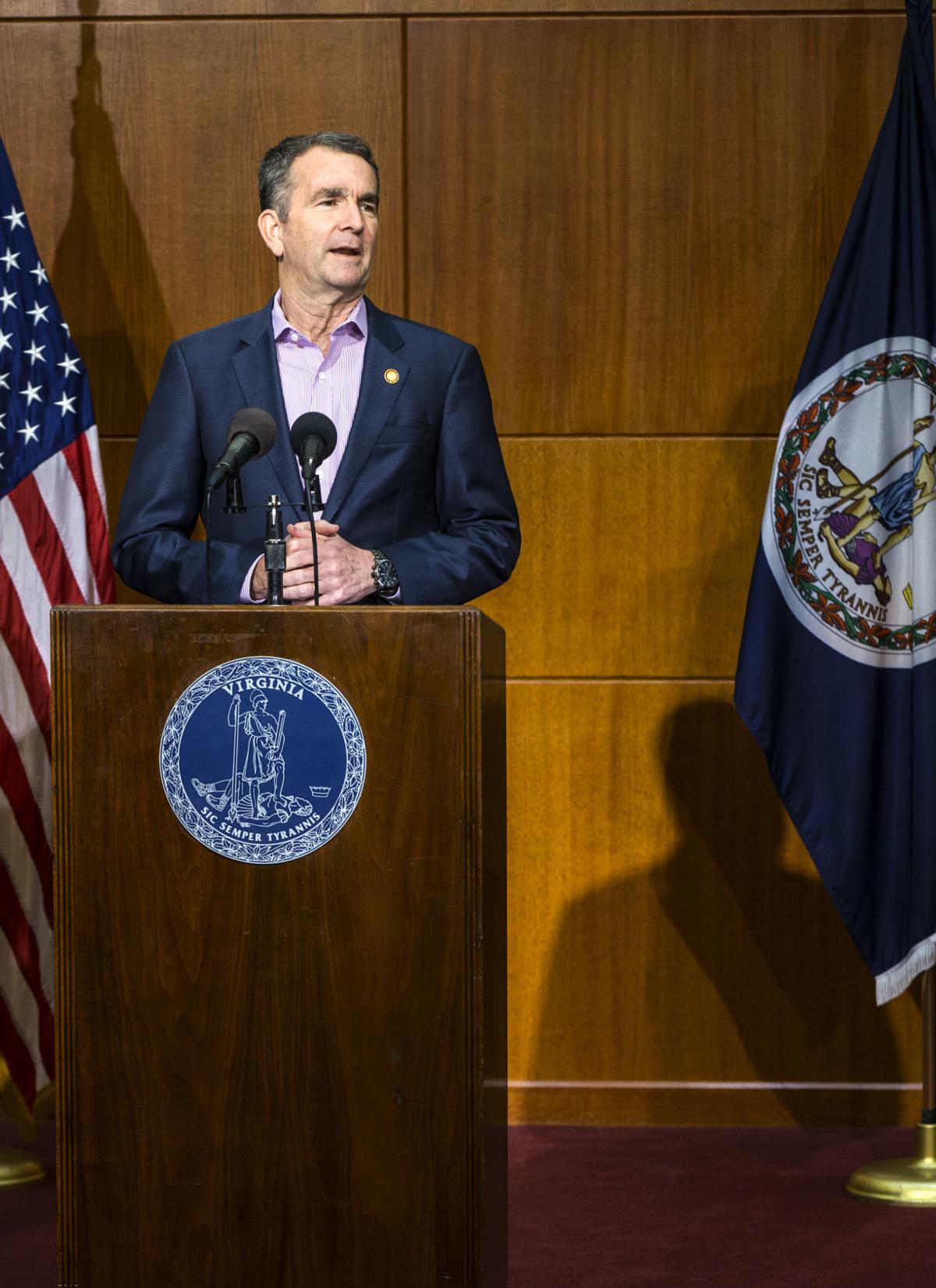 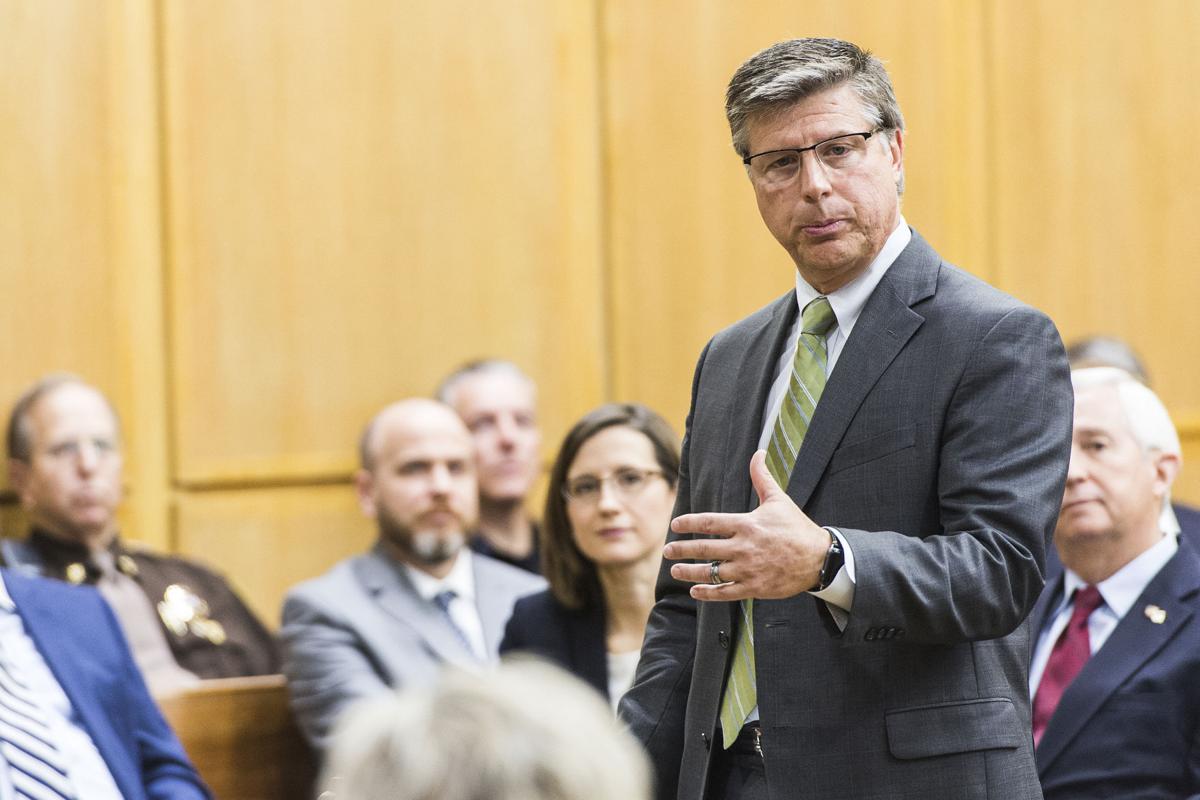 Since his emergency declaration in March, Northam has issued more than 20 orders related to the coronavirus. Massive decisions have largely fallen to one man and his administration trying to navigate the unpredictable situation.

Northam shut down schools and businesses including gyms, salons, movie theaters and bowling alleys. He ordered people to wear face coverings at all times while inside public places. He limited how many people can gather in one place.

The General Assembly adjourned in March, but the pandemic is still far from over. It’s likely that Northam, a Democrat, will continue to be the person making the major decisions for months to come.

Lawmakers mainly have been observers to Northam’s decisions, and their lack of involvement has motivated some of them to try to rein in the governor’s emergency powers.

“Any time a chief executive takes these kinds of expansive powers, and they’re in place for a longer period of time, and especially in this situation about the nature of the response, it opens itself to questions,” said Karen Hult, a political science professor at Virginia Tech.

Northam has called the legislature back to Richmond on Aug. 18 to take up budgetary matters, but lawmakers also plan to consider legislation dealing with the pandemic as well as criminal justice and police reform.

Republicans put together work groups to discuss the governor’s emergency powers, and a delegate and senator have introduced legislation to add limits to them while enhancing those of the General Assembly. They anticipate filing additional legislation to add checks on the administration.

Currently, a governor’s executive order issued under an emergency declaration can last until June 30 following the next regular session of the General Assembly, which starts in January.

Virginians are more familiar with these orders coming down during natural disasters like a hurricane or a tornado so the commonwealth can rapidly respond. In those situations, the order typically lasts a month to a couple of months.

Sen. Steve Newman, R-Lynchburg, filed S B 5001, which would limit that order to 30 days. If the General Assembly doesn’t take any action on it, the governor can issue the same order for another 30 days. The governor couldn’t issue the same executive order again after the 60 days are up.

“The legislature should be doing more, and it would be empowering to the people,” Newman said. “Democracy is a good thing. I know that a dictatorship is very efficient, but that’s not the way free people should be governed.”

Del. Tony Wilt, R-Rockingham, filed a proposal to amend the Virginia Constitution. Under HJ 5001, an executive order issued in a state of emergency would expire after 45 days. The governor could call the General Assembly into special session to approve an extension of the order.

Democrats control the House of Delegates and Senate, and it’s primarily been Republicans publicly raising concerns with Northam’s use of his emergency powers, so the issue is likely to become a partisan one. The most outspoken Democrat against Northam’s orders has been Sen. Chap Petersen, D-Fairfax City, who sued Northam on behalf of a business.

“The executive branch has the authority to protect us during a public health emergency, but that authority is not unlimited nor is it indefinite,” Petersen wrote in an op-ed in The Roanoke Times in April.

Northam’s office has indicated opposition to the proposals.

“Emergencies can change fast, and COVID-19 shows that they are not always limited to some arbitrary time frame like 60 days,” Northam spokeswoman Alena Yarmosky said. “And since the law requires the governor to respond to emergencies and to mitigate their effects on Virginians, he must be able to act swiftly and with flexibility, as changing conditions require.”

Yarmosky said under these proposals, the coronavirus executive orders would have expired already, “leaving 8.5 million Virginians without a leader during a worldwide health crisis.”

Northam’s powers are similar to those granted to governors across the country who are enacting policies much like those in Virginia or even more aggressive ones.

When Northam declared a state of emergency in March, he activated a part of the commonwealth’s emergency management law that vastly expands a governor’s powers.

Under the Virginia Constitution, the governor is the commander-in-chief and has the power to enforce laws, which gives a governor latitude in responding to a threat to the commonwealth.

Additionally, there are numerous sections in the state code that grant the governor extensive powers to respond to emergencies. The section in the code about controlling “ingress and egress at an emergency area” provided Northam the authority to shut down schools and order businesses to close. He used his power to control people’s movements — typically applied during natural disasters that require evacuations — to impose limits on the size of gatherings.

“The language is pretty flexible because you can’t predict specific emergencies,” Hult said.

The primary check on Northam’s orders is the courts. More than a dozen lawsuits have been filed across Virginia, and the executive orders have almost entirely withstood challenges.

Businesses — some represented by legislators — have sued Northam over the mask mandate and other restrictions. Pastors have challenged their right to have more people in their pews on Sunday. A Lynchburg gun shop secured the only court victory when a judge allowed it to open its shooting range.

Lawmakers, particularly Republicans, have bristled at some of Northam’s decisions. They’ve complained about people required to wear face coverings in indoor public settings and businesses tasked with enforcing that. They also have expressed frustration about Northam extending the time frame of the orders.

DeSteph and other lawmakers have criticized Northam for excluding them from discussions. Many of them have said they don’t learn about executive orders until everyone else, which is typically when the governor holds a press conference.

“People should not be governed by press conferences,” Newman said.

DeSteph said he didn’t know about the new restrictions on restaurants and gatherings in the Hampton Roads area until Northam announced them Tuesday. He said he’s often not properly informed about these orders when fielding dozens of phone calls a day from constituents.

House Majority Leader Charniele Herring, D-Alexandria, didn’t comment on the Republicans’ proposals, but she said she believed Northam was “acting responsibly and with the best intentions.”

A new poll from Hampton University’s Center for Public Policy shows that 54% of Virginians approve of the way Northam has been handling the crisis. A total of 1,099 Virginia adults were interviewed between July 13-21 for the survey, with 59% saying Northam issued his stay at home order at the right time.

The survey found a partisan split in attitudes. About three-quarters of Democrats approved of Virginia’s response, compared to about one-third of Republicans.

Gov. Ralph Northam has had sweeping authority to handle Virginia’s coronavirus pandemic. Republicans tried to rein in that power. Democrats shot down their proposals.

The Virginia Department of Health reported Tuesday that the statewide total for COVID-19 cases is 86,994 — an increase of 922 from the 86,072 reported yesterday.

Virginia Gov. Ralph Northam answers a question during a news briefing inside the Patrick Henry Building in Richmond on June 23.