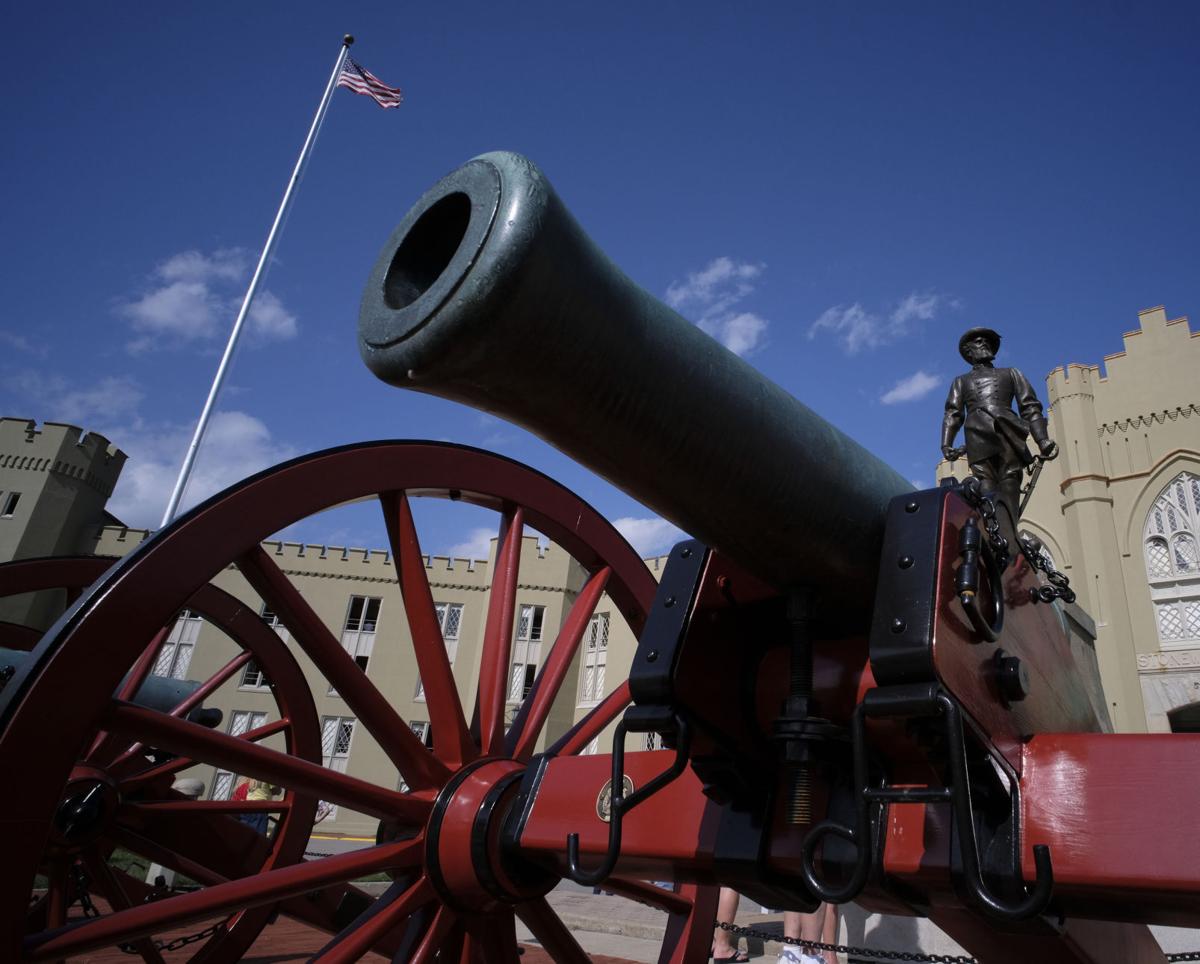 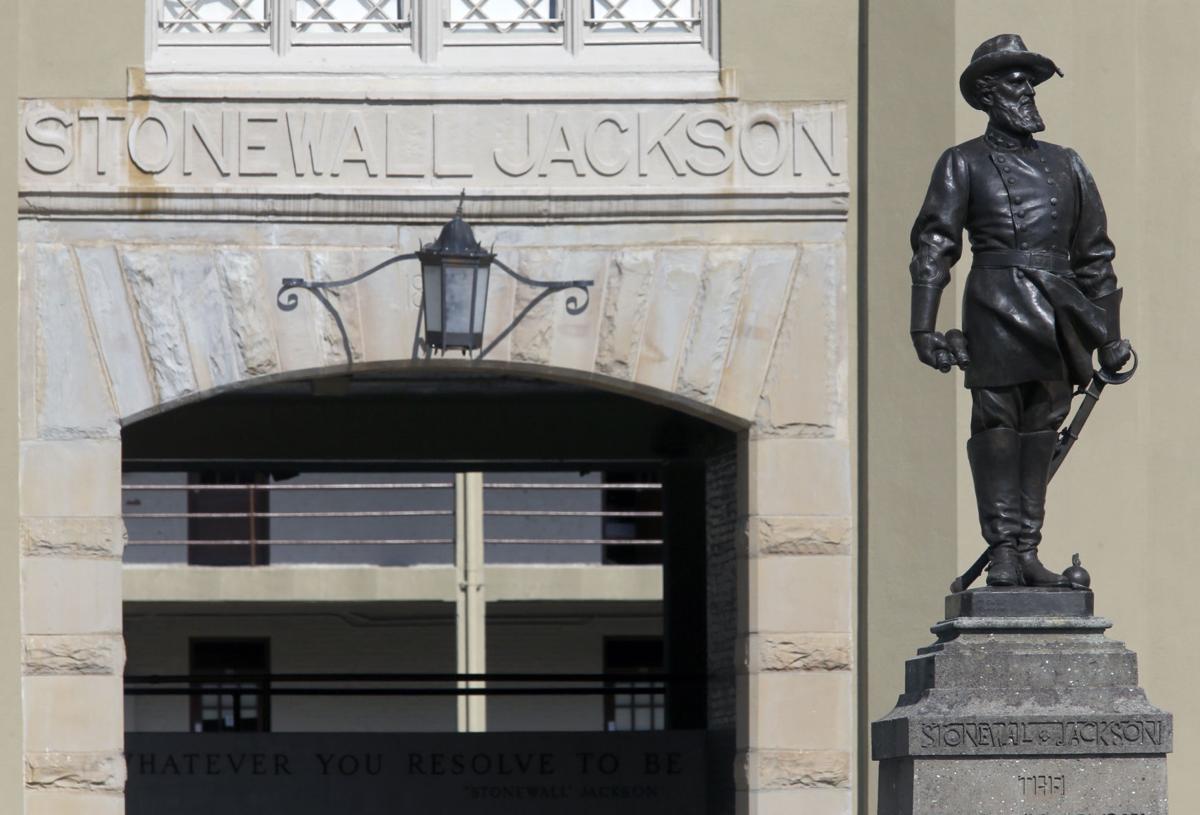 Virginia Military Institute’s superintendent said the school will not take down Confederate monuments, but did announce changes to some of the school’s longstanding traditions.

Retired Army Gen. J.H. Binford Peay III wrote a seven-page letter distributed to the VMI community on Wednesday that said the school will not remove Confederate statues or rename any buildings. Instead, he said the school will emphasize leaders from its second century of history.

“Throughout the years, the primary focus on honoring VMI’s history has been to celebrate principles of honor, integrity, character, courage, service, and selflessness of those associated with the Institute,” Peay wrote. “It is not to in anyway condone racism, much less slavery.”

VMI has a long history and association with the Civil War and Confederate leaders. Gen. Thomas “Stonewall” Jackson, who owned six enslaved people, taught at the school before he left to lead Confederate troops in the Civil War. Until a few years ago, first-year cadets had to salute his statue, which was erected in 1912 and stands in front of the barracks. Multiple buildings are named for Jackson and other alumni and faculty who fought for the Confederacy.

In the wake of the death of George Floyd in police custody in Minneapolis, Minnesota, and the revived national focus on racial issues, Black graduates of VMI began to speak out on social media about racism at the institute, and the need for VMI to acknowledge that racism exists and to make changes, including removing the Jackson statue.

In his letter, Peay announced the school will reorient the flagpoles surrounding the Jackson statue on the parade ground. The flags will be centered at the new barracks, which will change the symbolic focus from Jackson and signal VMI’s move to the future, he said.

The school also will relocate the oath ceremony from New Market Battlefield, where 10 VMI cadets died fighting for the Confederacy, to school grounds. New Market Day, celebrated on the anniversary of the battle with a ceremony and parade, will honor all VMI alumni who died in military conflicts and will be renamed the VMI Memorial Parade.

“VMI has, because of its unique role as a combat unit at the Battle of New Market, focused on our Civil War history at the expense of other times and events,” Peay wrote.

Every cadet will be required to take a course called “American Civic Experience,” which has been under development for three years and will be introduced for the first time this fall. Two Virginia history courses, one focused on pre-1865 history and one on post-1865 history, will be reviewed to ensure the history is told with context and varying perspectives.

The school also will present classes in diversity training, similar to the mandatory Title IX training.

Michael Purdy, along with other VMI alumni, drafted a letter to the college’s leadership in early July requesting a commission be formed to examine and reassess the school’s traditions, monuments and building names.

In an interview Thursday, Purdy said the new proposals are a strong move toward the future for his alma mater.

“There’s a lot of good in there,” Purdy, a 1999 graduate, said. “They’ve taken concrete actions and in some areas even more than I expected.”

He and the other four authors of the letter hope school leaders will reconsider their decision about the monuments and building names. Purdy said he fears the school will fail to attract diverse cadets and will continue to hold a negative spotlight without making changes to the Confederate symbols.

“That symbology still provides a lot of problematic messages,” Purdy said. “VMI is not going to change overnight. We’ll take the positives and help achieve these proposals. We’re going to be loyal alums and help execute these however we can.”

Col. Bill Wyatt, the school’s spokesman, said the community’s response to the letter and the proposed changes has been overwhelmingly positive. He said the letter served as Peay’s own reflections on the institute, its values, beliefs and daily actions.

The new changes will be incorporated into the institute’s long term plan, Vision 2039.

“There are many long term goals in the plan such as increasing access to the VMI experience for underserved populations, increasing faculty diversity as well as increasing the number of cadets who commission into the military,” Wyatt said. “Physical changes such as moving the flagpoles will occur in the near future.”

The four alumni who drafted the letter, which had around 400 signatures within 24 hours, wrote that it was important for VMI to be proactive and create a commission to determine whether the traditions, symbols and monuments "comport or conflict with VMI’s mission and values." 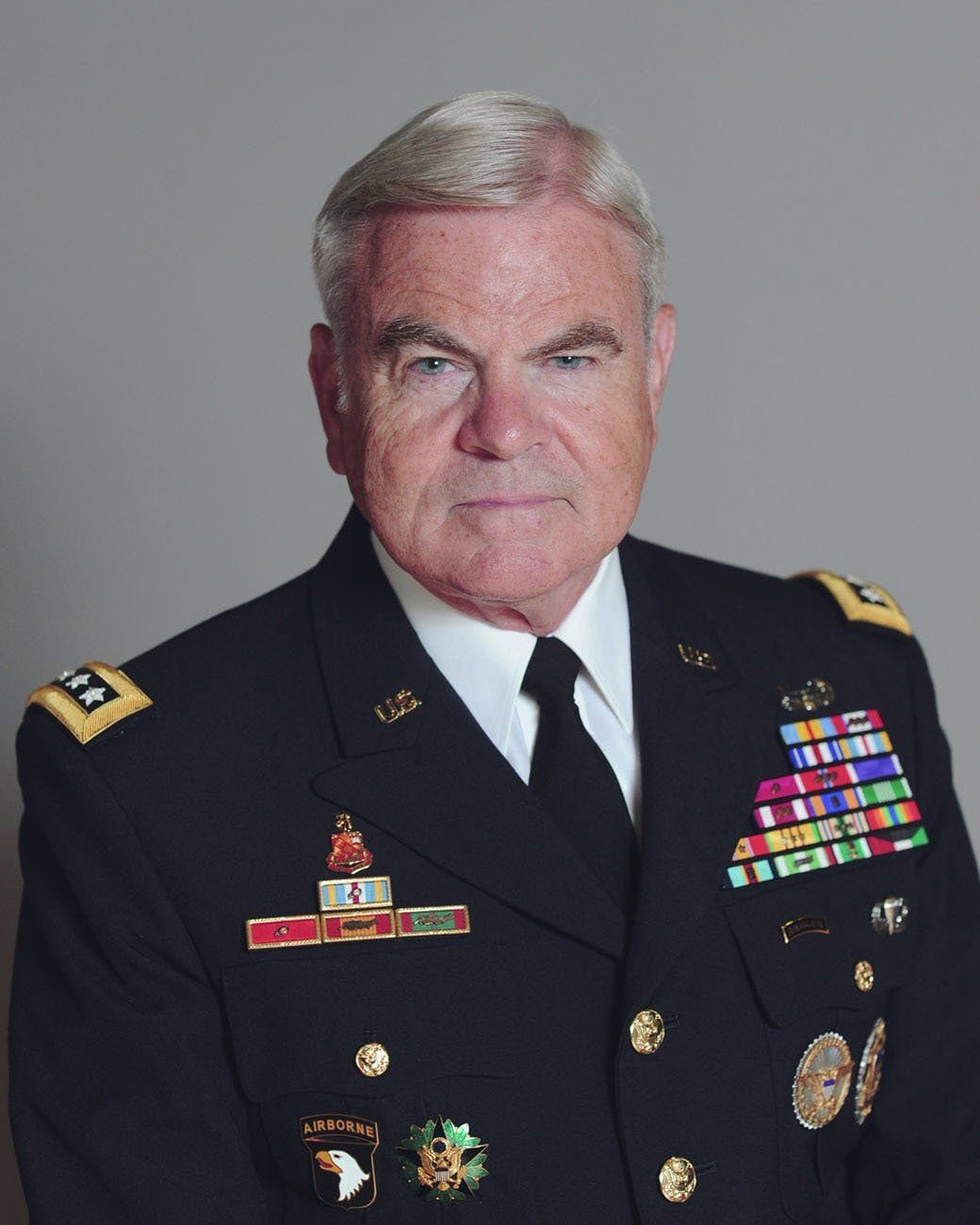