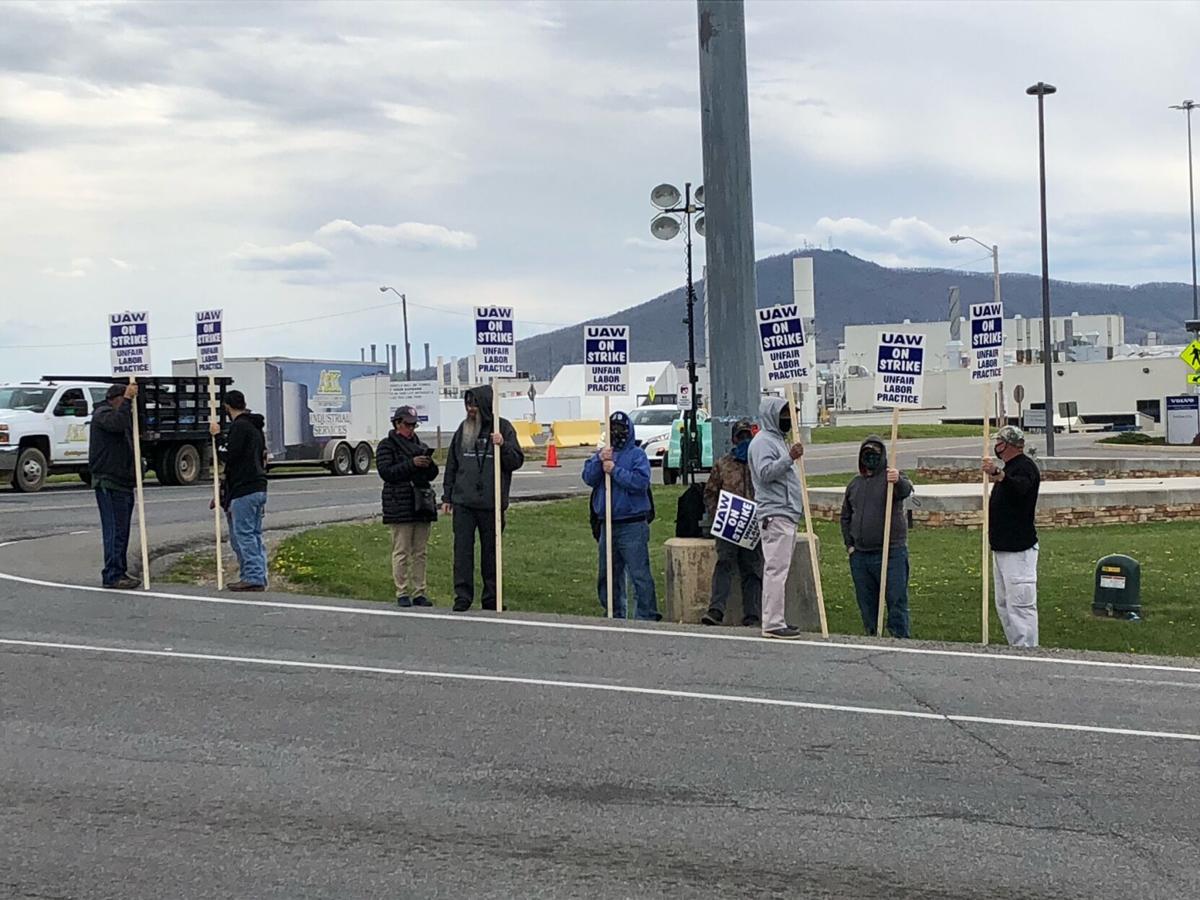 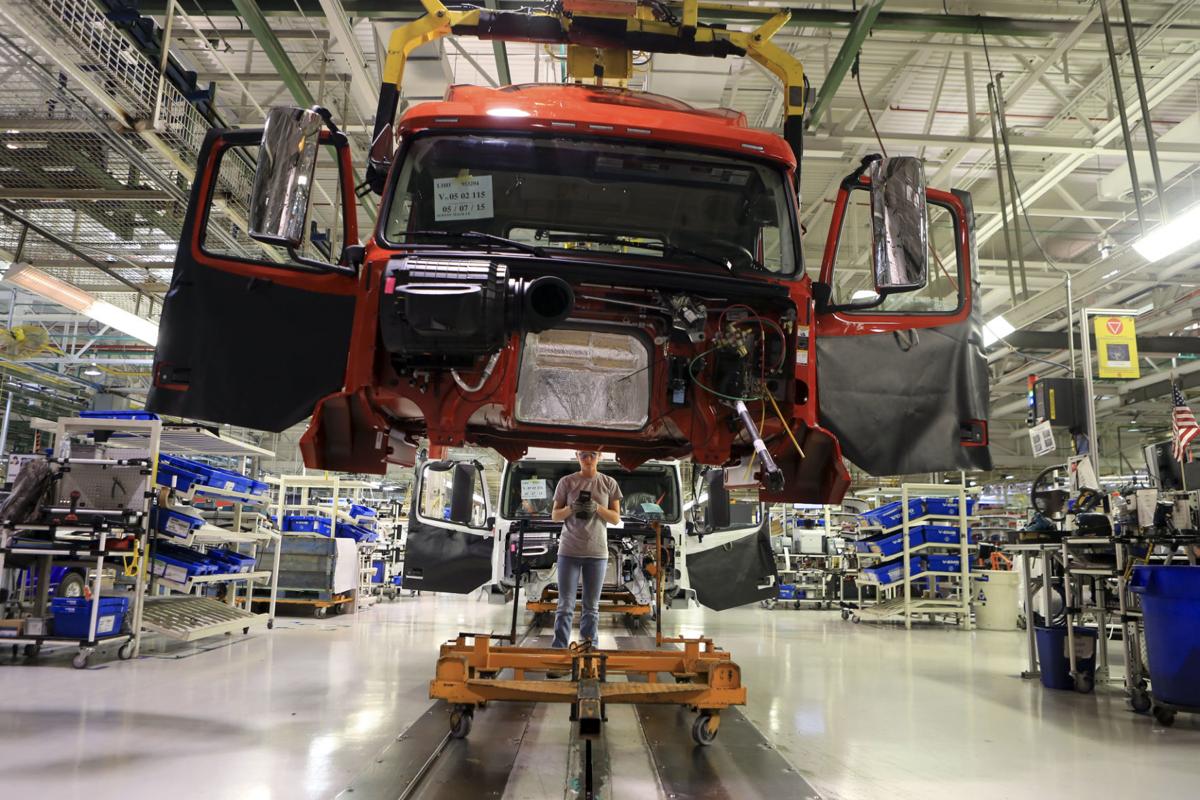 An employee at the Volvo truck manufacturing facility uses a lift to guide a truck cab on the plant assembly line.

DUBLIN — Union workers are on strike at Volvo’s truck plant in Pulaski County.

Roughly 30 people were picketing around the intersection of Alexander and Cougar Trail roads — located almost exactly between the UAW Local 2069 building and the Volvo truck plant site — just before 1:30 p.m. Saturday. Many strikers held up a sign that, in blue and white letters, read “UAW On Strike Unfair Labor Practice.”

Several members of the UAW Local 2069 declined to comment to media.

However, a person who handles the local union’s Facebook page directed press to a letter that points out some of the ongoing issues with the company.

The letter states that the union has met with Volvo representatives over the past three months in an effort to address issues raised by the organization’s members. The document further states that the group is disappointed with the company’s failure to provide “any substantial offer” prior to the March 16 expiration date or during subsequent meetings that were held during a period in which the union extended the contract.

“The union remains committed to exploring all options for reaching an agreement,” a portion of the letter reads. “As you know, many topics remain unresolved, including wage increases, job security, wage progression, skilled trades, shift premium, holiday schedules, work schedules, health and safety, seniority, pension, 401(k), health care and prescription drug coverage and overtime. We are confident that further discussion of these, and other open issues, will result in progress toward the goal of a contract that works for both the company and its employees.”

The letter also states that the communication confirms the union is available to reconvene negotiations on April 26.

The company released a statement in response to the strike.

“We are surprised and disappointed that the UAW decided to strike,” said NRV Vice President and General Manager Franky Marchand. “Progress was being made, and we had offered substantial increases in our employees’ compensation. We don’t understand why the UAW won’t allow our employees to continue building trucks while we continue negotiations. We are committed to the collective bargaining process, and look forward to getting back to the table. We are confident that we will be able to arrive at an agreement that provides a competitive wage and benefit package for our employees and families, and helps to ensure the plant’s competitiveness, long-term growth and sustainability.”

The Volvo Group is the only heavy-duty truck manufacturing group that assembles all of its trucks and engines for the North American market in the United States. The NRV plant employs more than 3,300 people, about 2,900 of whom are UAW members, according to the company statement.

The plant is in the midst of a $400 million investment for advanced technology upgrades, site expansion and preparation for future products, including the innovative Volvo VNR Electric truck, slated for the serial production launch this spring. The plant has added 1,100 jobs since the current union agreement was implemented in 2016 and is on track to have a net increase of approximately 600 positions in 2021, according to the statement.

Members of the UAW are ready to resume bargaining, they say.

An employee at the Volvo truck manufacturing facility uses a lift to guide a truck cab on the plant assembly line.