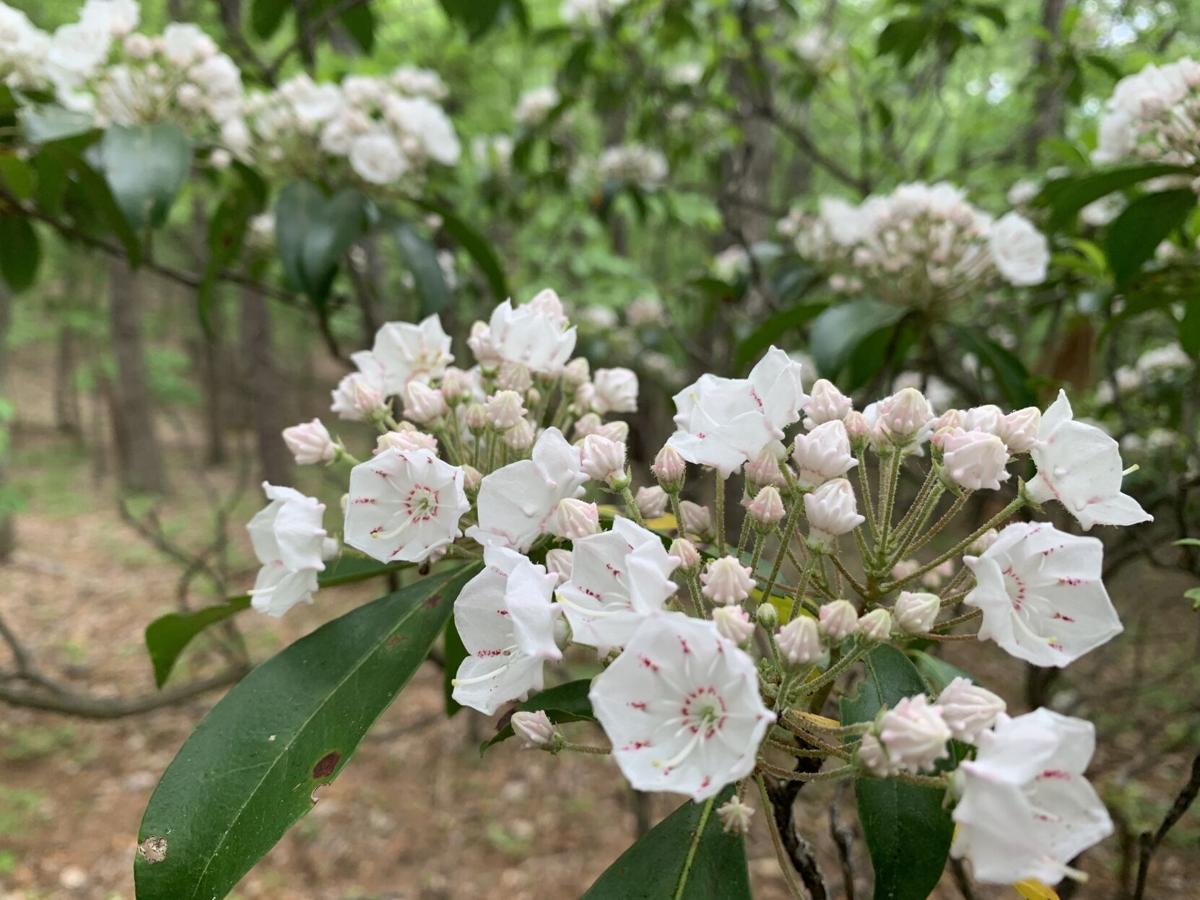 Mountain laurel blooms in Roanoke County this week. Cool, often breezy and sometimes showery weather has settled into our region for the middle of May. 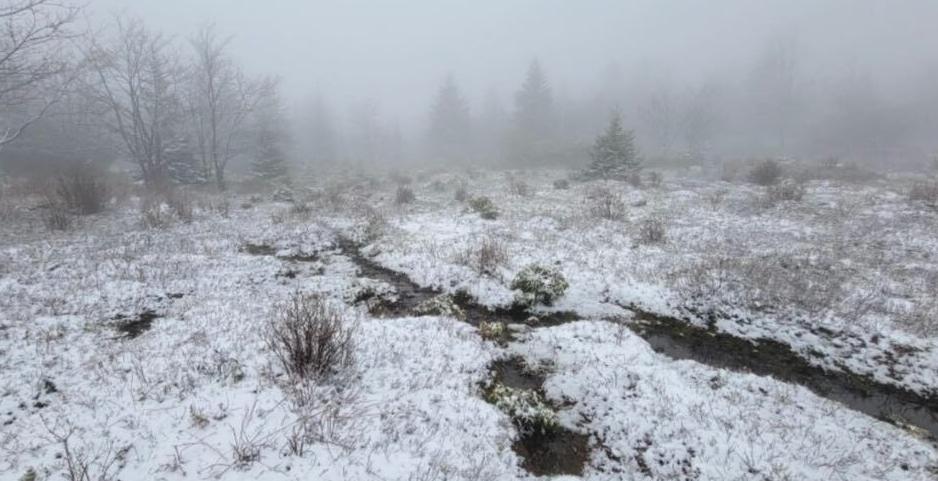 While it has been a bit cooler than normal in the Roanoke and New River valleys this week, it was cold enough for a coating of snow at the 4,000-foot-plus plateau where Dolly Sods is located in West Virginia.

We could just as easily call it “rhododendron winter” or “mountain laurel winter” around here.

Just when it looked like we would angle toward warmer than normal temperatures by mid-month, a pattern has set in that is quite the opposite, bringing cool, often breezy and sometimes showery weather into our region for the middle of May.

How you feel about that will vary. Some folks are eagerly awaiting summer warmth, with evenings by the pool in mind. Others are fine delaying it a few more days or weeks. Some could live with these temperatures all summer.

Those who love snow and cold in winter can’t help but be a little dismayed that the pattern they wanted in mid-winter has shown up in mid-spring … again.

High pressure over the northern latitudes and the western U.S. is pressing the jet stream southward, dipping over the central and eastern U.S., bringing periodic cold fronts and air from Canada rather than warmer climes.

The good news for growers is that a widespread freeze is not expected, as happened a year ago on May 10 in many locations.

Low temperatures will be in the upper 30s to mid 40s, mostly, below normal for mid-May but not dangerous to growing things for the most part. Some spotty frost in outlying areas can’t be entirely ruled out the next couple of mornings, but breezes and clouds may interfere with that potential.

It’s also good news that this dip in May temperatures is not being accompanied by a weeklong soaking as occurred a year ago, on May 18-22, when an upper-level low got stuck and continually circulated Atlantic moisture over our terrain, resulting in about 10 inches of rain in five days.

The upper-air flow this spring has been moving through systems quickly, with passing periods of showers, rather than anything settling in for a long soak.

It does appear that the warmer weather pattern advertised earlier for mid-month is delayed, not denied.

Temperatures may return to 80s for highs next week as strong high pressure builds over the East.

This week’s temperatures will be even more below normal than they would have been a year ago.

Last week, the National Weather Service instituted climate normals based on the 1991-2020 period, replacing those used the past decade from the 1981-2010 period.

For Roanoke and really all of our region, they are warmer than the previous set of climate normal data, virtually across the board.

This falls in line with expectations related to global climate change, though it should be noted that much of the north-central U.S. saw climate normal go down a degree or two much of the year from the 1981-2010 period to the 1991-2020 period. It’s a small blue bubble in a sea of red on comparison maps, though.

(Wednesday’s forecast is expected to be about 10 degrees below normal with mid-40s lows and mid-60s highs.)

In the weeks ahead, we’ll take a more in-depth look at the new climate normal sets for Roanoke and Blacksburg, and how they compare to the long-term averages over more than a century.

Mountain laurel blooms in Roanoke County this week. Cool, often breezy and sometimes showery weather has settled into our region for the middle of May.

While it has been a bit cooler than normal in the Roanoke and New River valleys this week, it was cold enough for a coating of snow at the 4,000-foot-plus plateau where Dolly Sods is located in West Virginia.