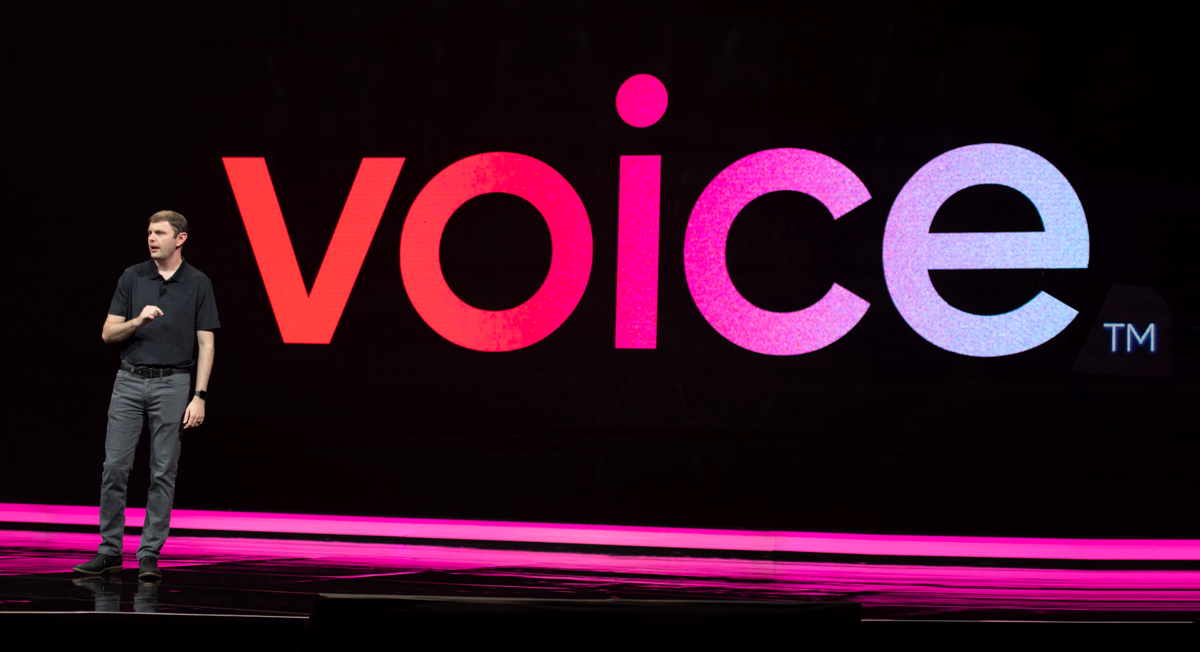 Block.one co-founder Dan Larimer spoke in June about the company’s social media network at an event in Washington, D.C. 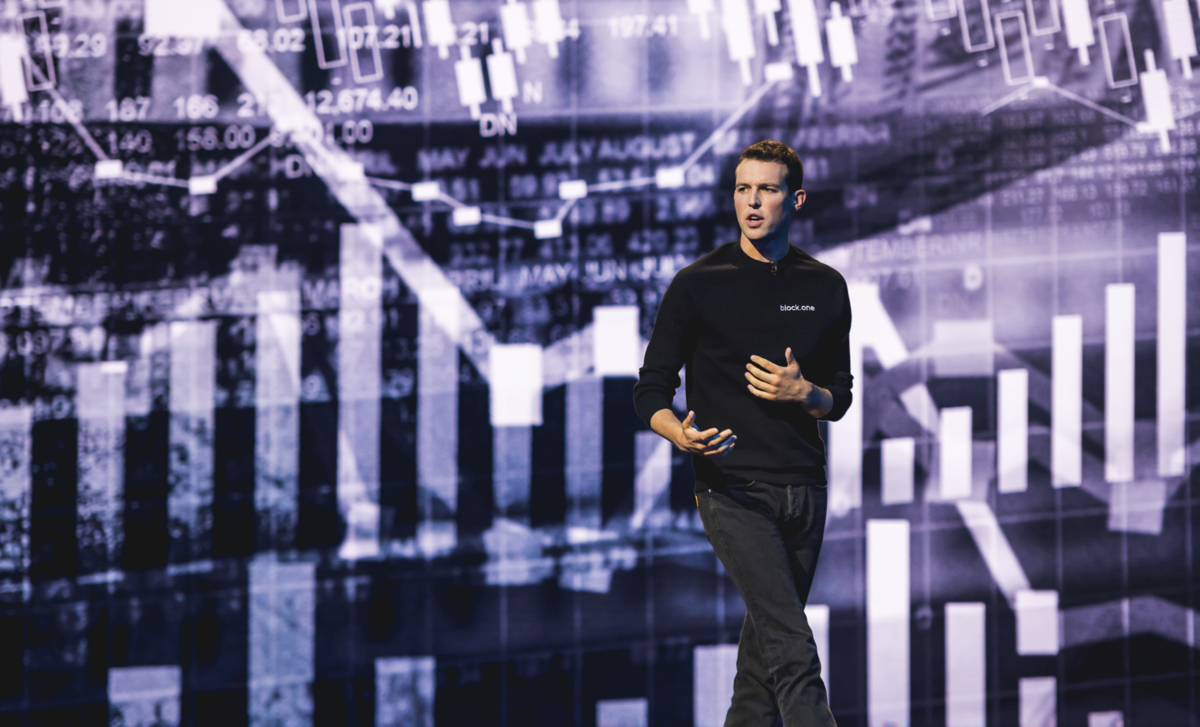 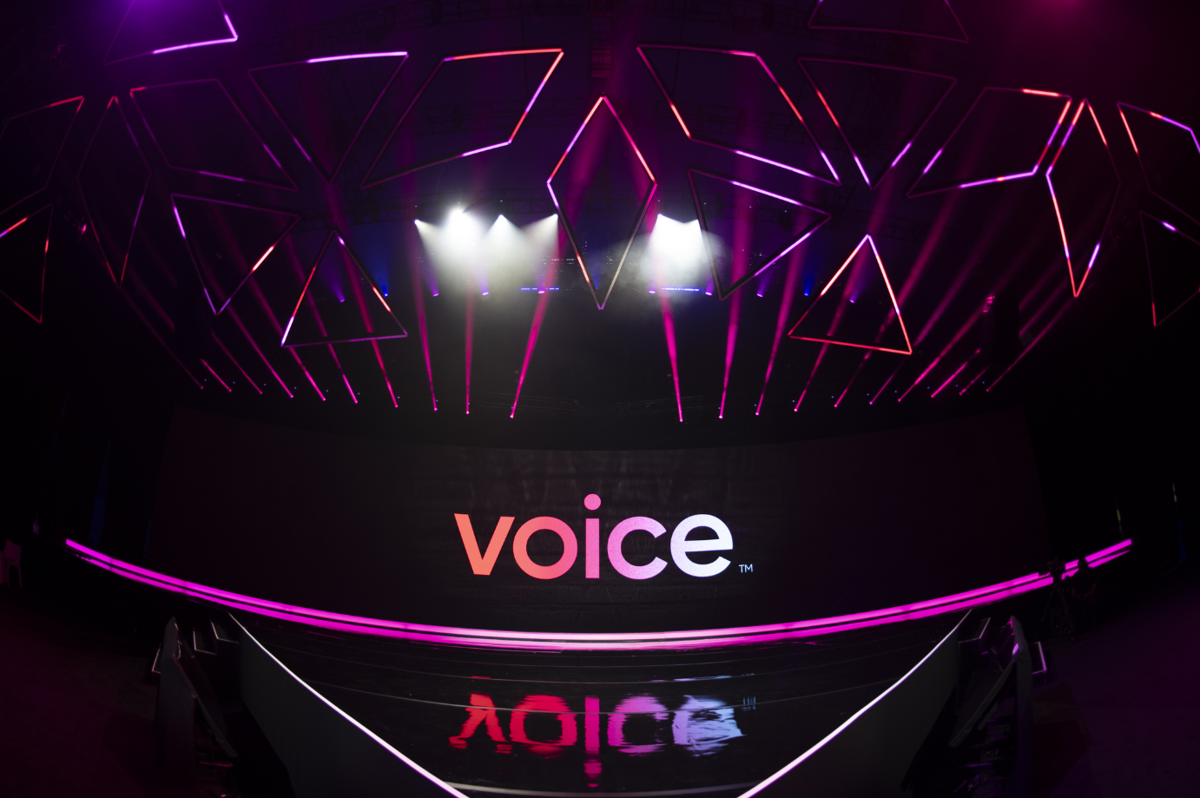 Block.one unveiled the logo for its new social media network on Saturday. It's called Voice and is built on top of blockchain technology.

Block.one CEO Brendan Blumer strolled across the stage at a Washington, D.C., event on Saturday, backlit by a massive display and sporting an all-black outfit — reminiscent of Steve Jobs’ look when he used to announce new Apple products.

Blumer unveiled his 2-year-old company’s most tangible project to date: A social media network built on top of blockchain technology.

The application is called Voice.

It isn’t publicly available yet, as the website currently directs users to sign up for a pre-release beta.

But the announcement at least partially answers some of the questions swirling around this unique startup with a Blacksburg software development office and billions of dollars in the bank — but few signs of where that money is going.

Block.one launched two years ago with an ambitious plan to create blockchain software that could power the next generation of computers and fundamentally change society. Blockchain technology digitally stores information across a large network to prevent hacking and to increase transparency.

It was started in part by Dan Larimer, a Virginia Tech alum and longtime New River Valley resident. He now leads the company’s large Blacksburg office, while Blumer is based out of the Hong Kong headquarters.

The company began with EOS, a cryptocurrency that is bought and sold like Bitcoin. It exploded in popularity and raised billions of dollars for Block.one.

According to a report from Bloomberg, the company told investors in March it has $3 billion worth of assets, largely in U.S. government bonds.

Block.one has been on a hiring spree at its various offices, and now it’s clear at least some of those workers have been building the new social media network.

The entire experience is designed around transparency, removing the secret algorithms that the company says plague traditional platforms.

“By design, they run by auctioning our information to advertisers, pocketing the profit, and flooding our feeds with hidden agendas dictated by the highest bidder,” Blumer said Saturday. “Voice changes that.”

He laid out a lofty vision for a new kind of application where all users present ideas on a level playing field and the best content rises to the top.

Because it’s built on blockchain technology, Blumer said the platform won’t be susceptible to fake users.

“Social media is where the majority of discourse and news sharing happens today,” he said. “And it’s never been more important to know that who we’re interacting with and who we’re getting our information from is a real person who is accountable for what they say and share.”

Larimer also took the stage during this weekend’s announcement, explaining a little bit about how the site will work.

Users who post content will receive Voice tokens in exchange for likes and participation in the public discord. Those tokens can be spent to boost posts and increase the visibility of a user’s content.

It remains to be seen if Voice will catch on in the crowded field of social media networks.

The event was covered extensively by cryptocurrency and blockchain trade publications, but drew few headlines from mainstream news outlets in just another indication of the somewhat unusual path the startup is carving out.

“As a company, Block.one is committed to continue to bring alignment and transparency to the world through our product design,” Blumer said at the end of Saturday’s event. “And today we start one voice at a time.”

Block.one co-founder Dan Larimer spoke in June about the company’s social media network at an event in Washington, D.C.

Block.one unveiled the logo for its new social media network on Saturday. It's called Voice and is built on top of blockchain technology.