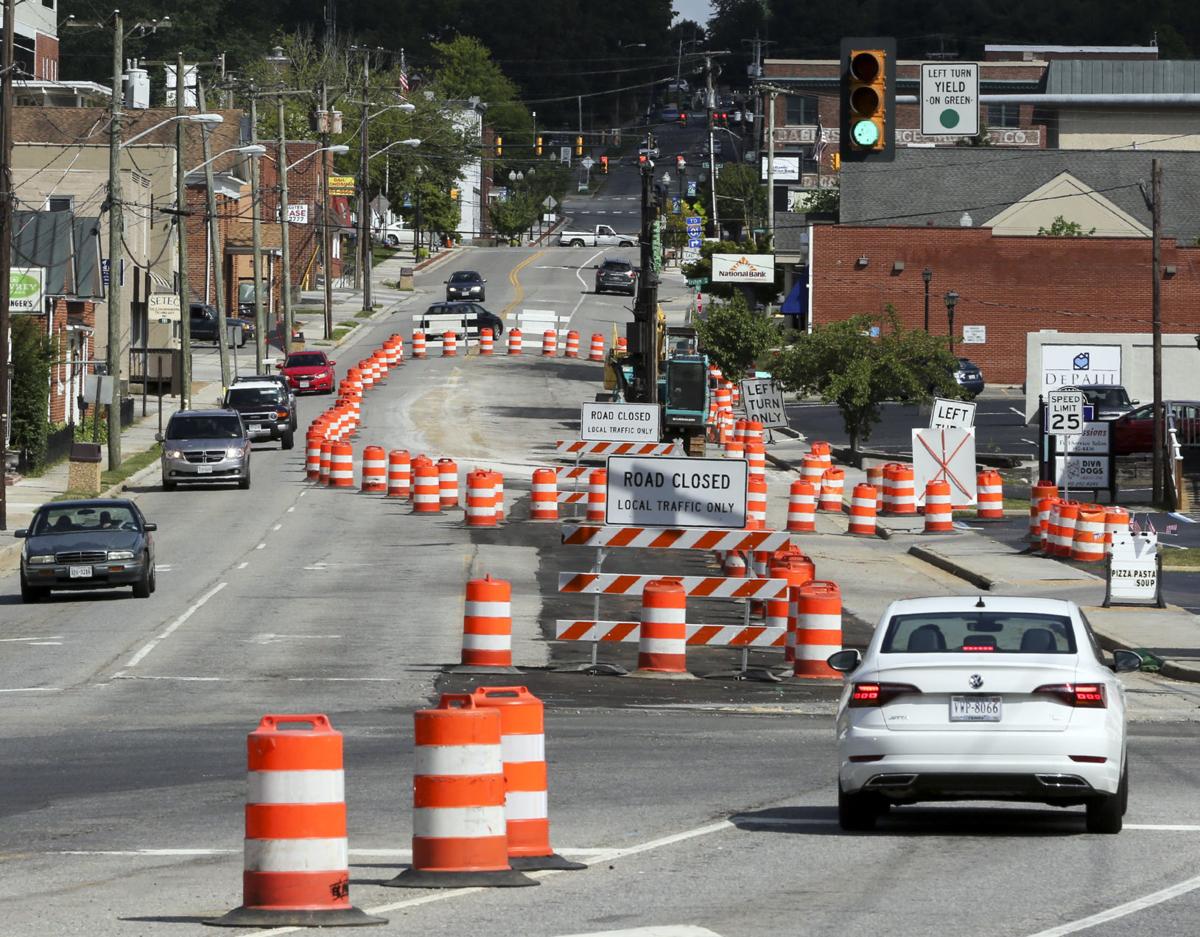 Traffic on North Franklin Street in a section of downtown Christiansburg will be completely closed to through traffic soon due to a storm water project. 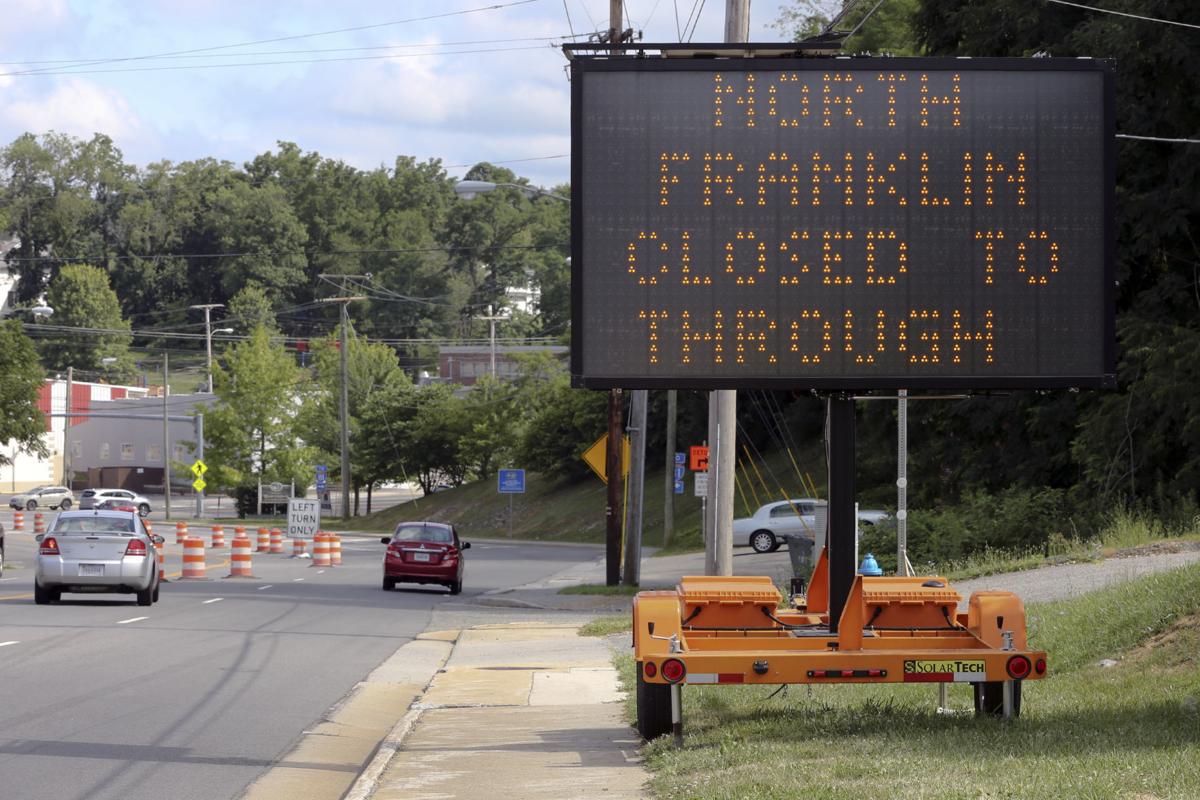 Traffic on North Franklin Street in downtown Christiansburg has been dealing with closures for some time — and there’s more to come.

Traffic on North Franklin Street in a section of downtown Christiansburg will be completely closed to through traffic soon due to a storm water project.

Traffic on North Franklin Street in downtown Christiansburg has been dealing with closures for some time — and there’s more to come.

CHRISTIANSBURG — The construction of a new storm drain will necessitate detours in the town’s downtown for at least several more weeks.

The new drain, the construction of which will cost just under $600,000, will run from the area just behind Town Hall to the 100 block of North Franklin Street between Depot and Main streets.

The project requires the closure of the stretch of North Franklin between Depot and Main, half of which has already been closed for some time for another infrastructure project.

While the upcoming project only affects a short portion of North Franklin, the closing of that section’s north- and southbound lanes will effectively block the road to through traffic.

“It will be from eight to 12 weeks,” Christiansburg’s Engineering Director Wayne Nelson said about the duration of the storm drain project. “Depending on how smoothly the project can move forward.”

While he didn’t provide a definitive timeline, Nelson said this past week that the project’s construction is expected to begin soon.

Once full construction has started, the town will direct the North Franklin through traffic to West Main, Radford and Depot streets.

The new drain work comes on the heels of an adjacent sewer line upsizing project that has for the past few months necessitated the closing of North Franklin’s southbound lanes between Graham and Depot streets — or the distance roughly between the old Sherman’s & Smithman’s building and the Pizza Inn.

The new storm drain will aim to alleviate flooding that has long troubled the structures located in that part of downtown Christiansburg, Nelson said. The flooding, he said, has been exacerbated by the fact that much of those structures were built during the 1940s over a drainage channel.

The new drain will connect to an existing system on North Franklin that ties to Towne Branch, a tributary of Crab Creek.

Half of the new drain’s construction funding is coming from the Virginia Department of Transportation, Nelson said.

“I know it’s an aggravation to a lot of residents, and people who use that street,” Mayor Mike Barber said. “But we’ve had the stormwater project for four or five years. It’s going to capture, safely transmit a lot of the water that comes back off of First Street.”

“Taking care of aging infrastructure is no different than taking care of the house you live in,” Councilman Brad Stipes said. “Sometimes, the maintenance activities are inconvenient and that’s the case with these … It’s unavoidable.”

The new storm drain is among a handful of ongoing infrastructure projects causing temporary traffic disruptions in Christiansburg.

In addition to the sewer line job on North Franklin, other current projects include plans to re-work the intersection of North Franklin and Cambria Street and the addition of a new traffic light at the crossing of Falling Branch Road and Roanoke Street.