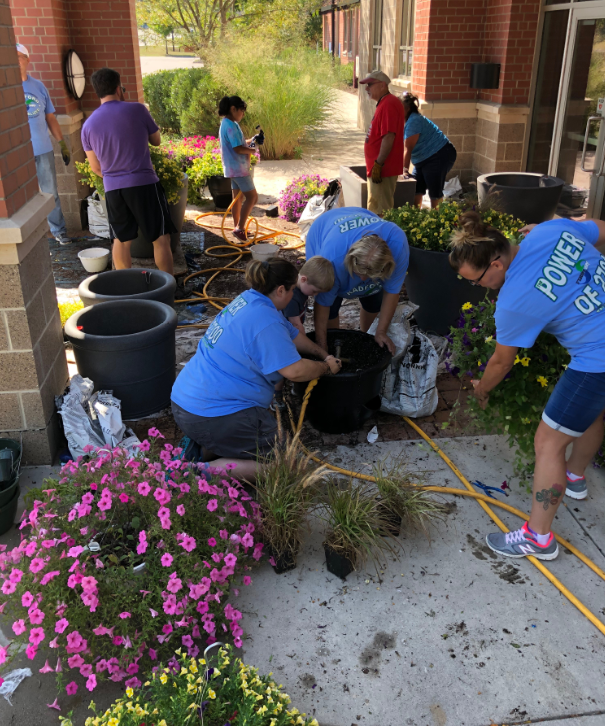 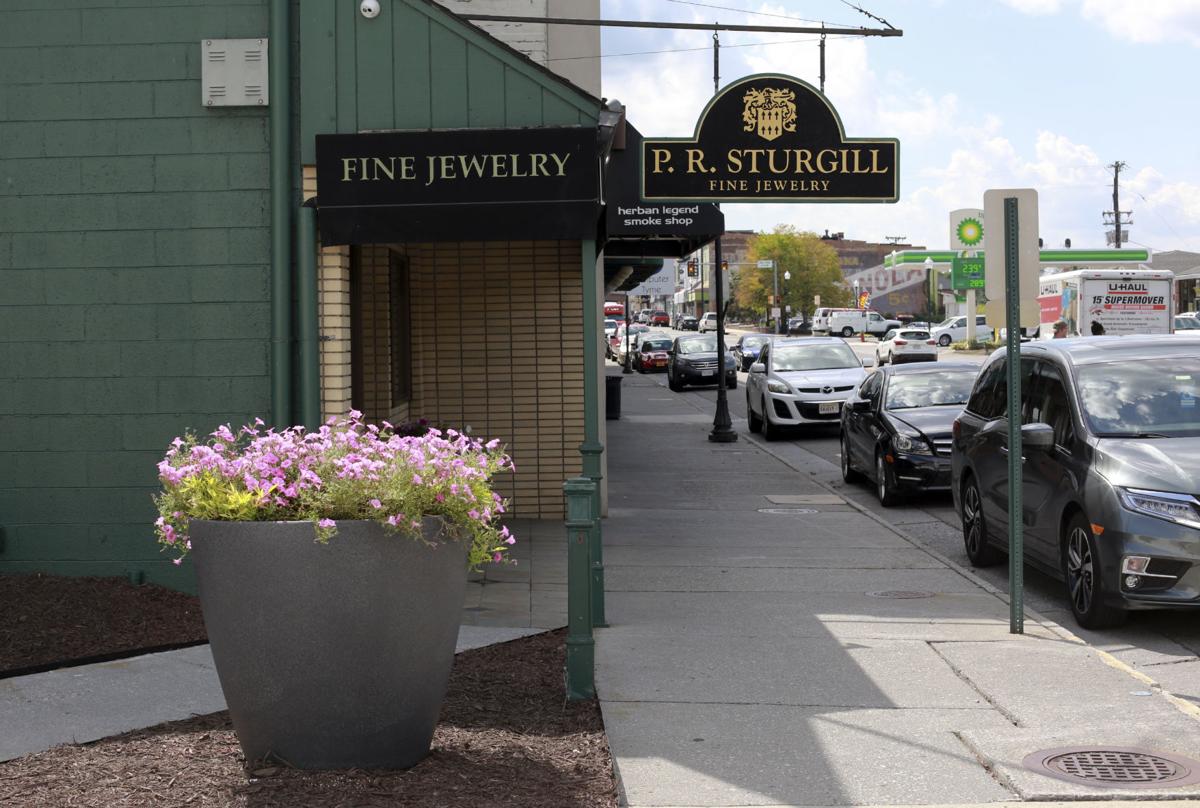 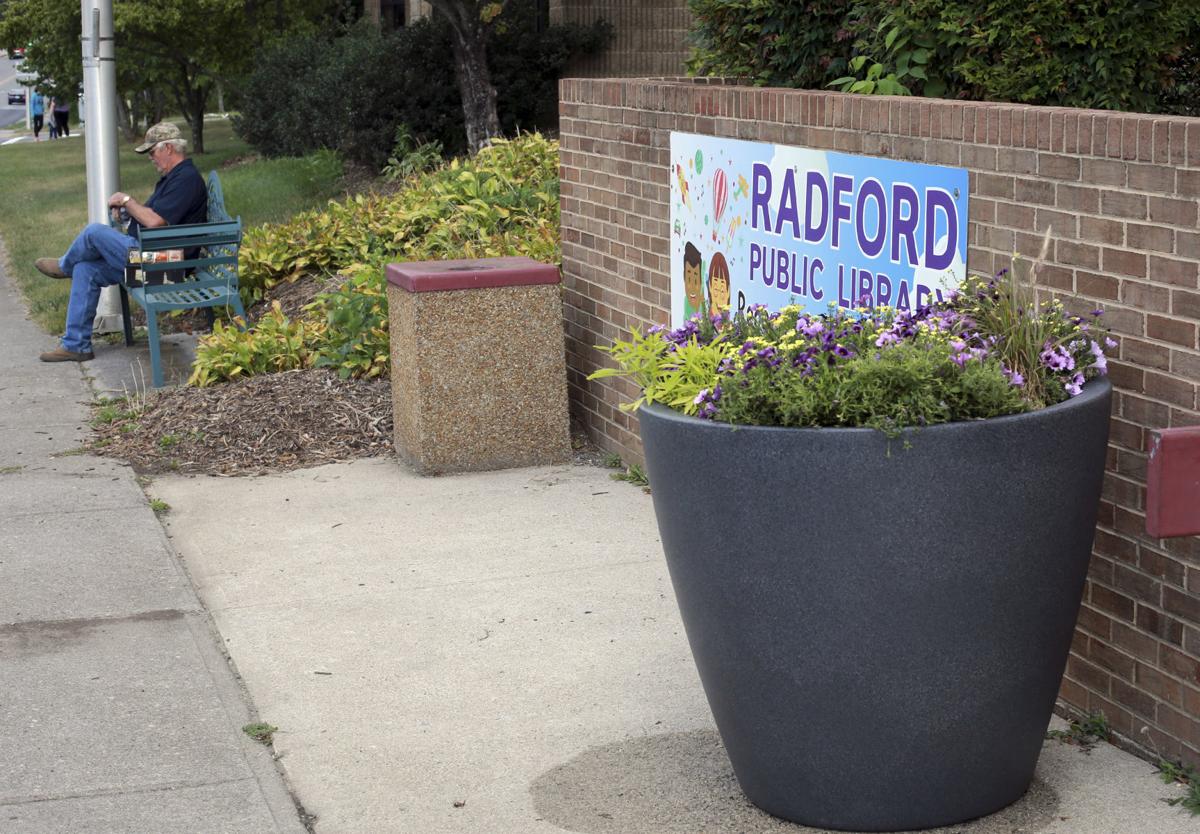 The group’s latest effort came last Saturday when POP and credit union volunteers worked with the city to install 16 planters in Radford’s business district, 12 for the POP participants and four that the city purchased. 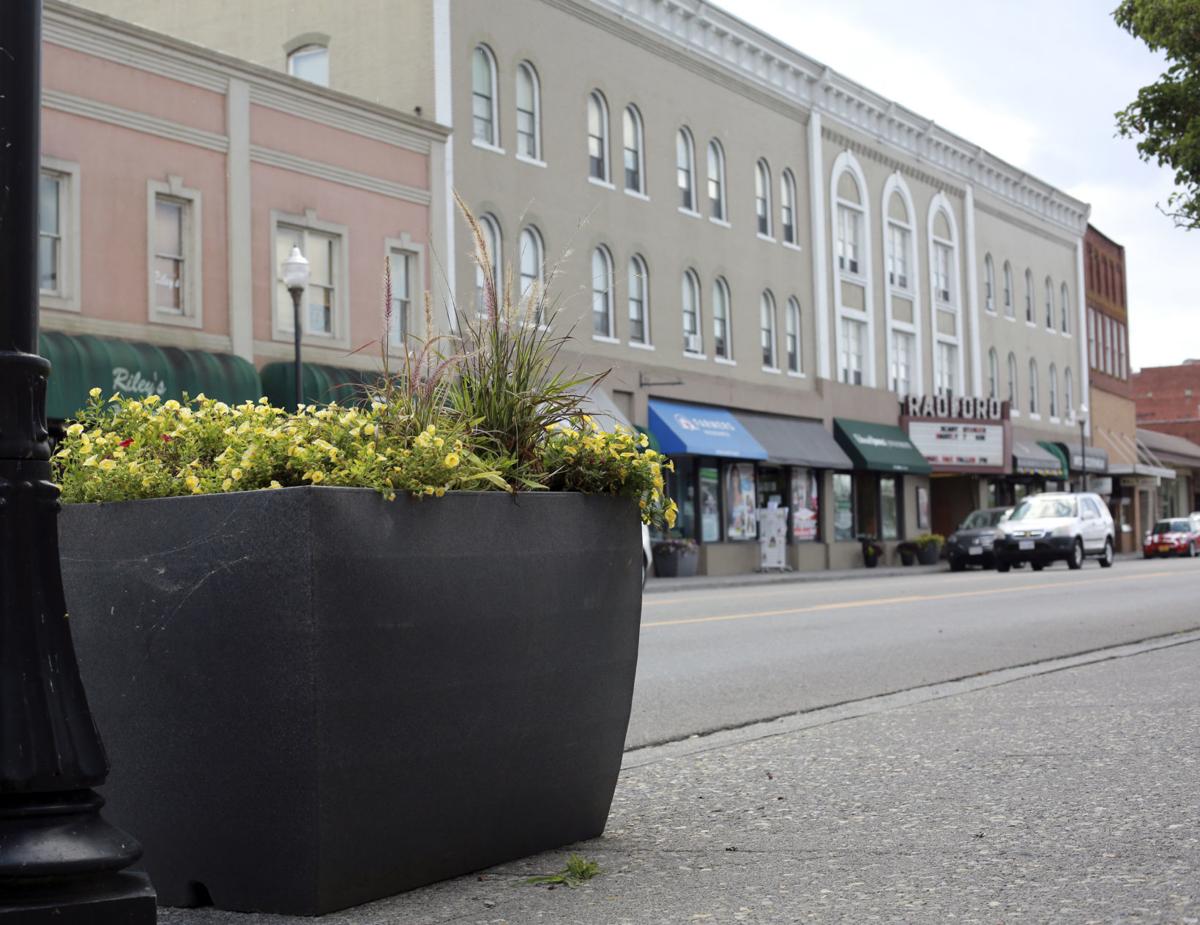 “POP” stands for “paint, optimize and plant,” according to EDA member and Radford Theatre owner Paul Pallante. He said that although the group is under the umbrella of the EDA, launching the program has been a community effort.

First NRV Credit Union in Radford donated $10,000 to the group, as did the city and the EDA. Go Radford, the city’s arm of the Virginia Main Street program, won a $7,000 grant that also went toward the program, giving POP a total of $37,000 in seed money.

The group is just starting to disperse the money, but the hope is to use it as quickly as possible, because it indicates business owners are invested in improving their properties and storefronts, Pallante said.

He said the thinking behind the group is simple: “The idea is to create an environment that people want to live and shop in,” he said.

The first business to win a grant was Radford Coffee Company, which is updating a mural on the side of its building on West Main Street. Pallante said he wasn’t sure how much the shop was awarded.

The process works by submitting an application to the EDA. Applicants will then be notified if their project is approved for reimbursement. Once the project is completed, business owners will need to have receipts showing the cost of the project. There is no minimum on the amount needed to be spent but the maximum reimbursement is $2,000.

Mayor David Horton clarified the grants are not just available to businesses located on Main Street. Any commercial property owner within the city’s business district can apply. Pallante noted that projects must occur outside of the business to qualify but are not limited to just painting and planting.

“Say someone needs a new doorknob or something; that would qualify as well. We don’t want to be too particular, because we want participants to be excited about the initiative,” he said.

The group’s latest effort came last Saturday when POP and credit union volunteers worked with the city to install 16 planters in the city’s business district, 12 for the POP participants and four that the city purchased.

The planters came in various sizes and cost owners between $170 to $280, with POP covering the other half of the cost. The planters hold enough water to keep the plants hydrated for two to three weeks at a time. The city fills them up, so business owners don’t have to worry about maintaining the greenery. The planters were a one-time cost for participants, and the city will also take care of planting the flowers next year.

Pallante said that plenty of applications have already been submitted and he hopes the number keeps growing. As far as what will happen when the money runs out, he believes donations and grants will continue to come in as long as the program is successful.

“I expect the group will evolve as the needs of Main Street evolve,” Pallante said.

For more information about the program, visit www.radfordva.gov and type “POP” in the search bar.

RADFORD — The city approved its highest valuation of building permits in more than a decade, despite the COVID-19 pandemic, according to officials.

The group’s latest effort came last Saturday when POP and credit union volunteers worked with the city to install 16 planters in Radford’s business district, 12 for the POP participants and four that the city purchased.