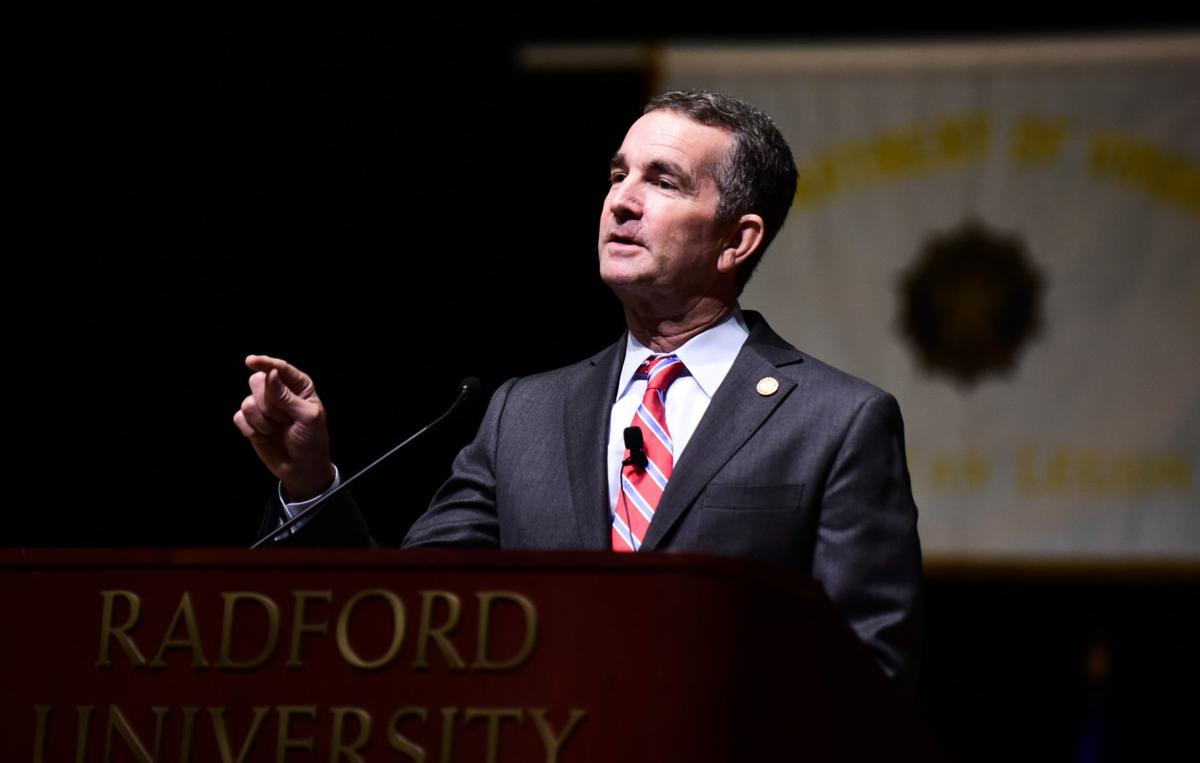 Gov. Ralph Northam met on Capitol Hill Thursday with all of Virginia’s members of Congress except for Rep. Ben Cline. 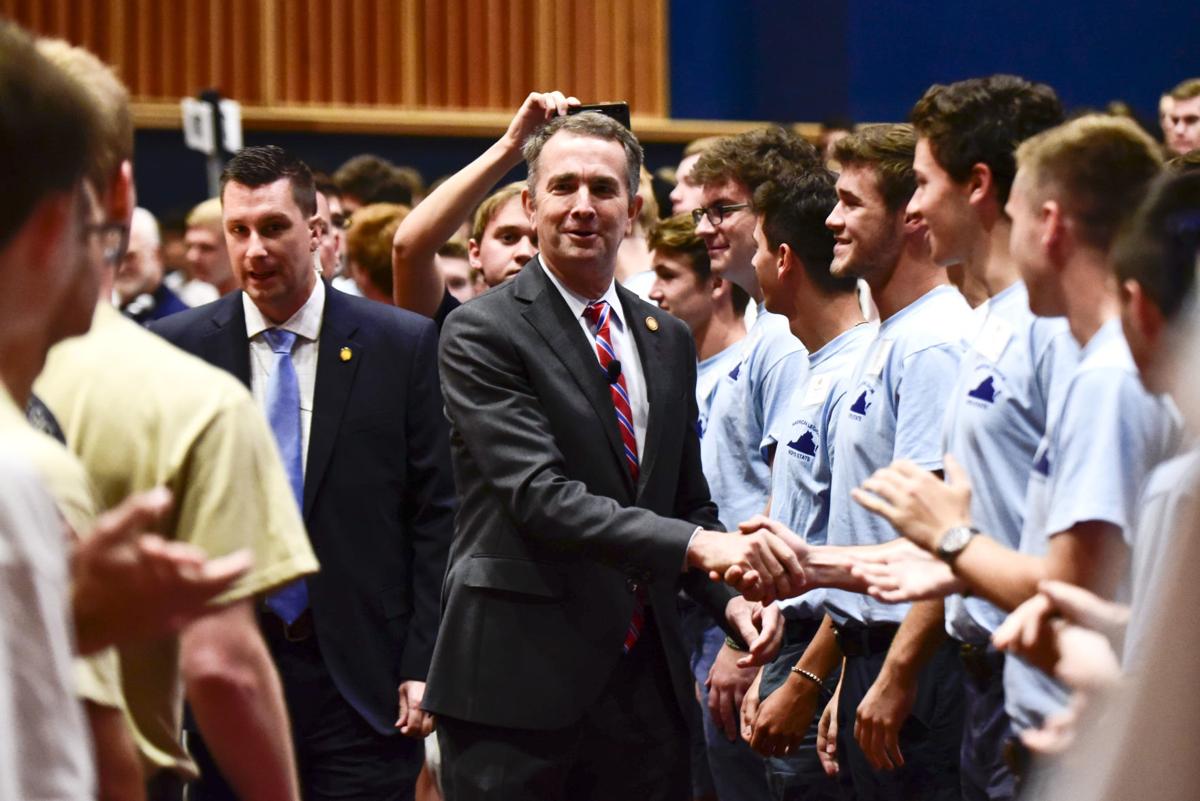 Gov. Ralph Northam shakes hands with members of the 77th session of Virginia Boys State at Radford University on Friday.

RADFORD — Gov. Ralph Northam stumbled into the middle of a gun debate Friday, not with seasoned politicians in Richmond but rather teens at the annual Virginia Boys State session.

A group of 762 high school seniors from around the state spent the week at Radford University splitting into groups, electing a mock government and proposing legislation at the American Legion leadership camp.

Linroy Dasilva, a 17-year-old from Newport News who was elected governor of the student delegation, has made mental health concerns related to gun ownership a key issue at this year’s conference.

It comes less than a month after a Virginia Beach employee opened fire on colleagues in a city municipal building on May 31, killing 12. The gunman used two handguns with extended magazines and a silencer.

“We can’t just stand by and not do anything because there’s something wrong with these people mentally,” Dasilva said.

The student legislature was scheduled to debate the issue Friday morning, including the possibility of mental health checks as a prerequisite for firearm ownership.

But first, the governor happened to be scheduled for his traditional appearance.

But the students had other plans during a brief question and answer session.

The first question came from a student critical of measures Northam has backed ahead of a July 9 General Assembly special session on gun control. The student said he believes the violence stems from mental health issues and said gun control laws don’t address the desire to kill.

Northam noted that Virginia lost more than 1,000 people to gun-related violence last year in addition to the shooting in Virginia Beach. He said some assailants have a history of mental illness, but not all of them do.

He added mental health is part of the equation, but he also voiced support for other measures such as universal background checks, reconsidering the use of suppressors, limiting purchases to one gun per month.

The next student at the microphone asked how those measures would help, arguing it doesn’t appear they would have prevented the shooting in Virginia Beach.

“The assailant used a silencer, a suppressor. Why do you think he did that?” Northam countered from the stage.

The student, standing away from the microphone, said quietly, “So nobody could hear him.”

Northam conceded that his proposals wouldn’t have necessarily prevented the Virginia Beach shooting. But he said the legislation his administration has backed would have helped.

“The bigger picture is it wasn’t just about Virginia Beach,” Northam added. “We have had one tragedy after another. I hear people say now is not the right time. I say when is the right time? And maybe it’s too late. Maybe we should have talked about this before.”

ABINGDON — A roundtable in Southwest Virginia about gun policy on Tuesday started with an audience member’s recitation of the Second Amendment.

Gov. Ralph Northam met on Capitol Hill Thursday with all of Virginia’s members of Congress except for Rep. Ben Cline.

Gov. Ralph Northam shakes hands with members of the 77th session of Virginia Boys State at Radford University on Friday.