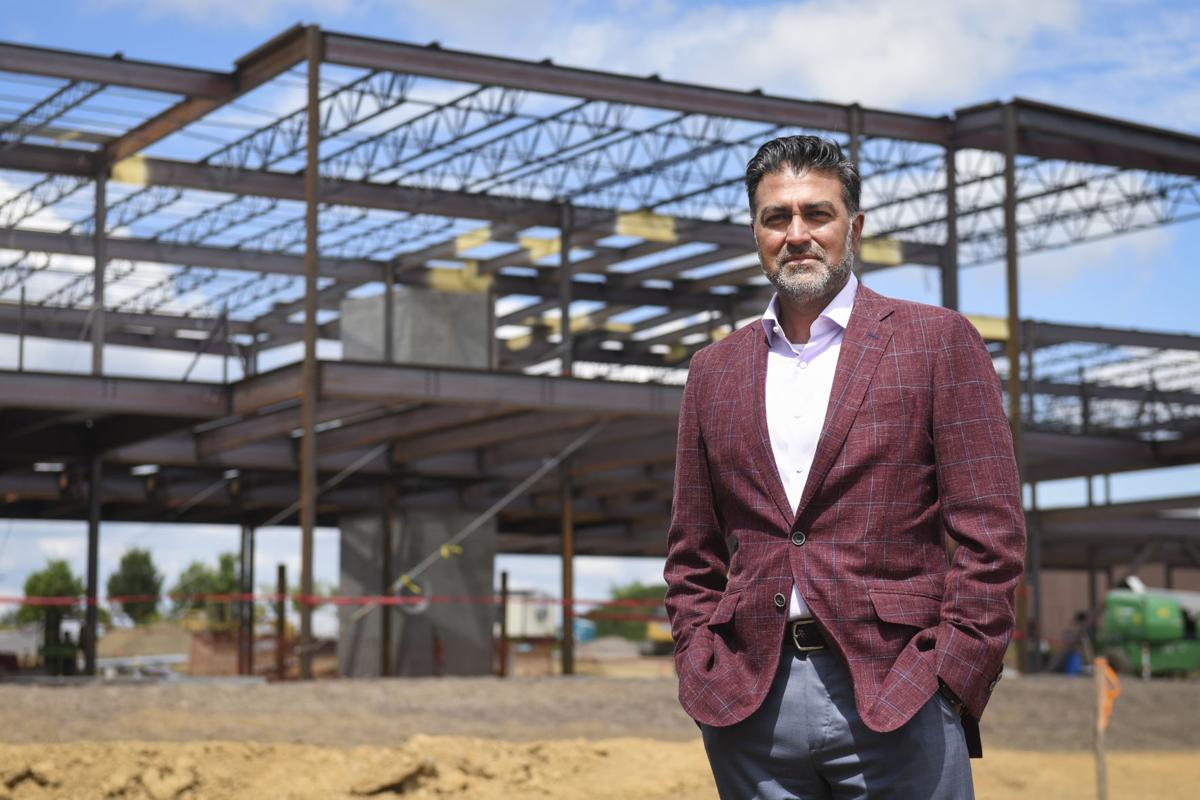 Sonu Singh, founder and CEO of 1901 Group, stands in front of the new building, which is slated to open next year. “I’ve always had a desire to come back here and get something going,” Singh said. 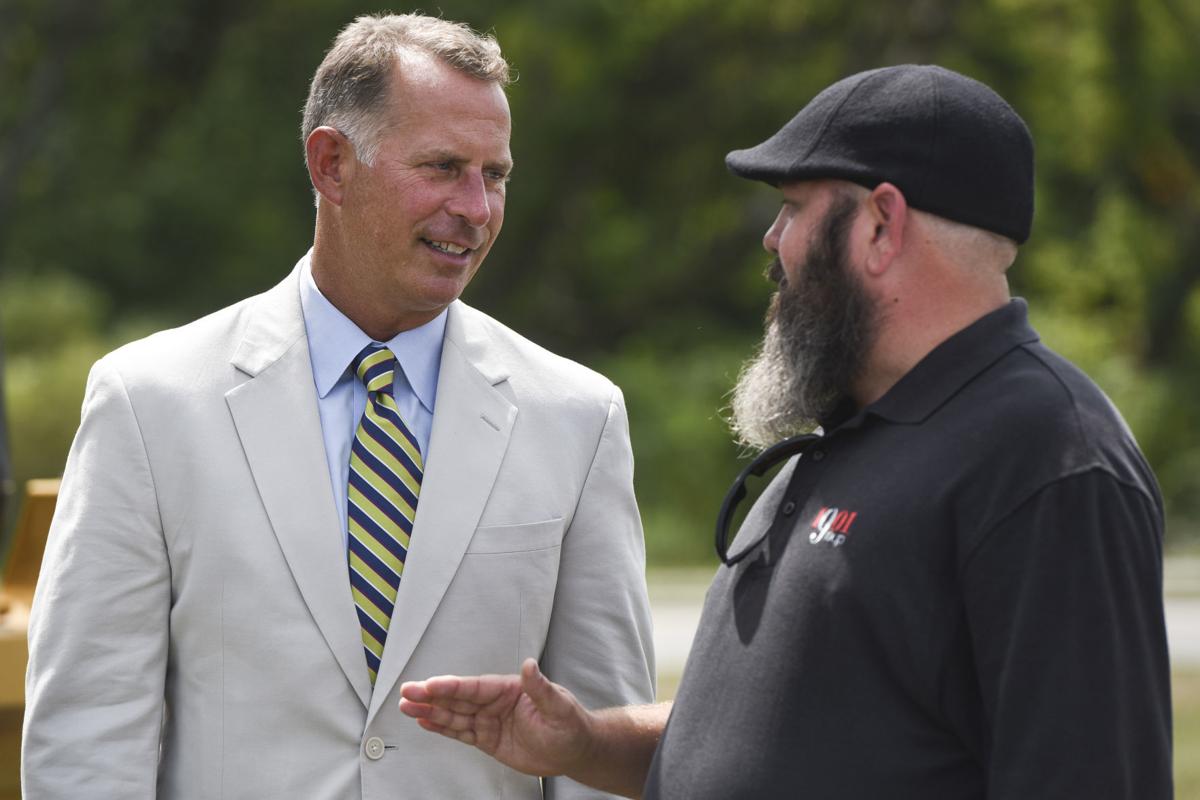 BLACKSBURG — 1901 Group founder and CEO Sonu Singh tossed dirt and posed with shovels at a Wednesday groundbreaking ceremony, but it was certainly not his first time playing in the rocky soil of Southwest Virginia.

This town is where he arrived in fourth grade at Margaret Beeks Elementary School, and where he graduated from Blacksburg High School in 1986. It’s where he attended college at Virginia Tech, and where both of his parents enjoyed lengthy teaching careers.

And now, it’s about to become the site of his growing technology company’s largest office.

1901 Group’s headquarters will remain in Reston, near the majority of its federal government clients centered in the nation’s capital.

But when the company’s new $8.8 million, 45,000-square-foot building in the Virginia Tech Corporate Research Center opens in 2020, it will dwarf its own Northern Virginia headquarters.

1901 Group expects to employ between 600 and 700 people here within the next few years, compared to the 200 workers it has in Blacksburg today and 300 employed in Reston.

Brendan Walsh, 1901 Group’s senior vice president of partner programs, said Northern Virginia will still be the center of the sales team and customer-facing functions, while the coders and backend people will sit in Blacksburg.

That’s been the strategy from the beginning: land clients in the city and do the technology work in smaller markets, where incentives include abundant talent, lower costs of living and higher quality of life.

1901 Group started in 2009 with a headquarters in Northern Virginia and an 800-square-foot office in the Corporate Research Center. But that was just the beginning.

“I’ve always had a desire to come back here and get something going,” Singh said. “I kind of got lucky that there’s so much talent down here and people are just so great to work with.”

1901 Group provides a slew of technology services, including managing IT infrastructure, cybersecurity and cloud-based applications. It counts the U.S. Department of Justice, U.S. Department of Agriculture and the Small Business Administration among its clients, bringing in more than $50 million in revenue this year, according to Singh. Next year, it forecasts $70 million.

But the idea of remotely managing these services hasn’t always been the norm.

“Ten years ago, when I went to an agency and said let us do your IT work remotely out of Blacksburg, Virginia, they were like, ‘What? We have our people here in the basement,’ ” Walsh said. “Now those agencies aren’t questioning can you do the IT work remote anymore.”

Charlie Jewell, executive director of economic development group Onward New River Valley, said the quality of life amenities that drew 1901 Group are exactly the message his organization has tried to spread for years.

According to standard cost of living adjustment indexes where the national average is pegged at 100, the New River Valley comes in at 97.7, according to Jewell. Northern Virginia, meanwhile, sits at 142.6. That means everything from homes to groceries and utilities costs more there.

An average software developer in the New River Valley earns $91,000 per year, according to Onward’s data. Jewell said that tops many urban areas, where salaries may be higher but buying power with those paychecks is significantly lower.

Jewell added that the average commute in Blacksburg is nine minutes, a statistic that elicited a jealous huff from Reston-based Walsh.

“We didn’t invent that selling point,” he said. “It was looking at the companies that were already in the New River Valley and trying to understand, why are you here?”

It was designed with the company in mind, with movable walls to reconfigure the space with the ebbs and flows of its federal contracts.

Construction began earlier this year, with many of the steel beams in place before Wednesday’s groundbreaking event.

The company is hoping to move in around spring 2020.

“If nothing more, this is a validation of what we set out to do 10 years earlier,” Singh told the crowd during Wednesday’s event. “Places like this can have tremendous impact on IT, how we deliver it, how we consume it, the value proposition.”

Sonu Singh, founder and CEO of 1901 Group, stands in front of the new building, which is slated to open next year. “I’ve always had a desire to come back here and get something going,” Singh said.