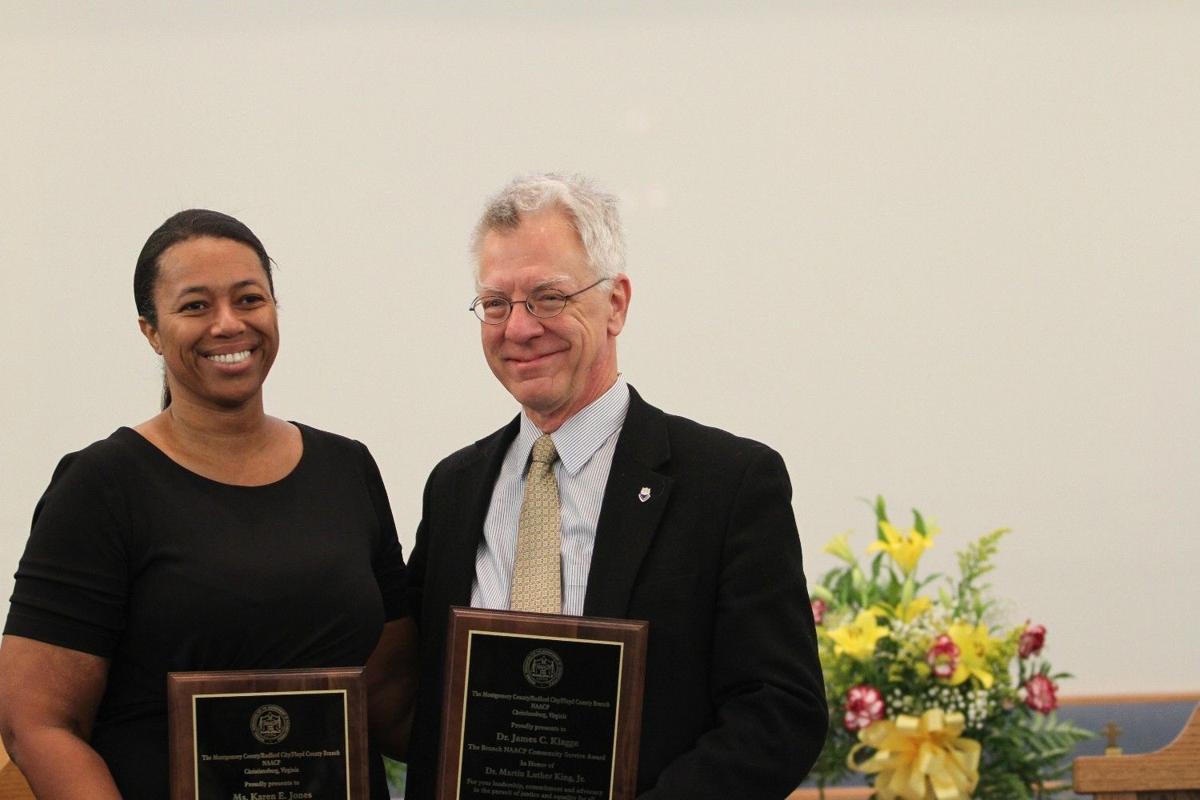 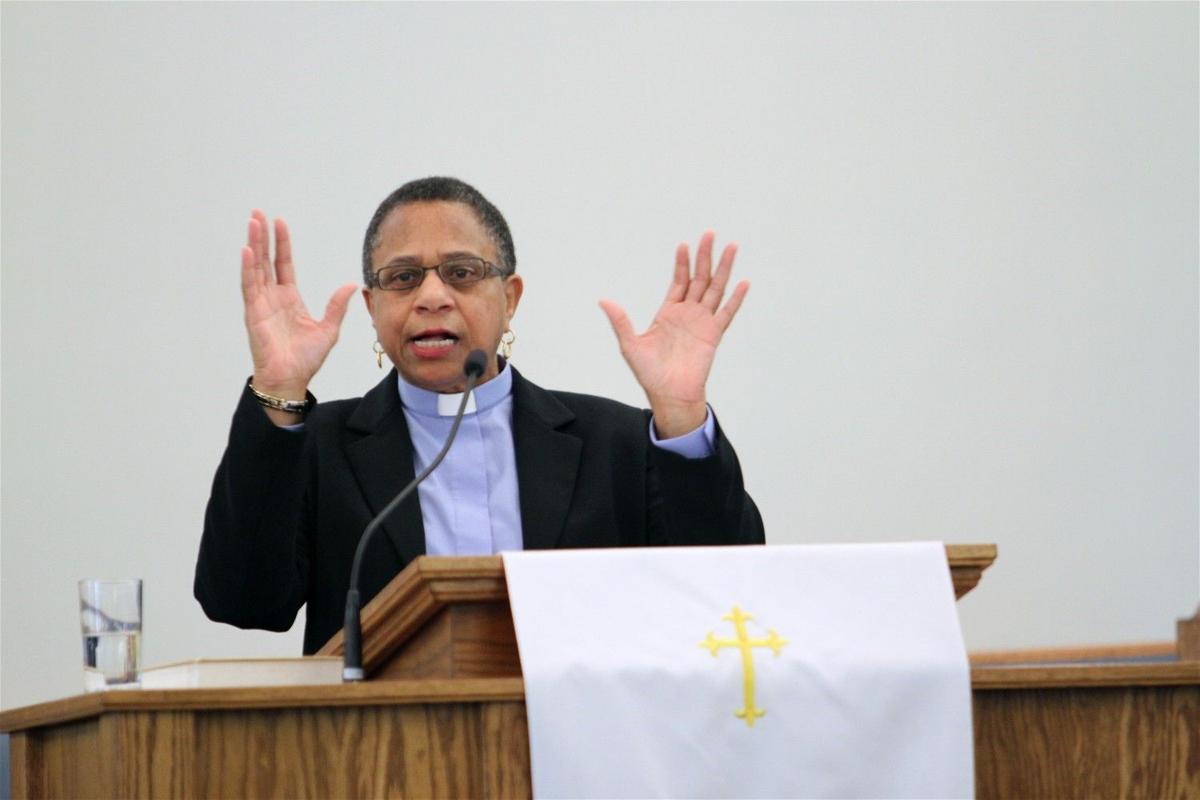 Keynote speaker the Rev. Patricia Jones speaks during the NRV branch of the NAACP’s MLK Celebration. 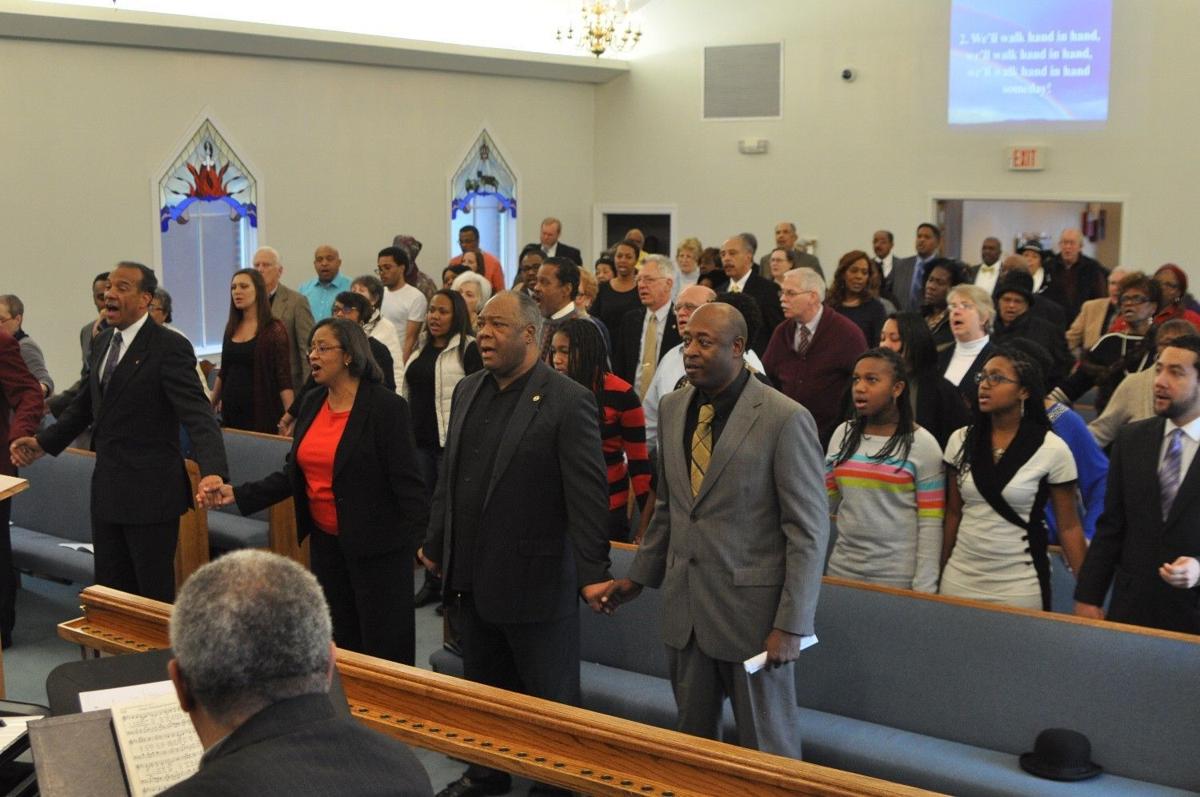 Attendees to the NRV branch of the NAACP’s MLK Celebration sing “We Shall Overcome.”

Keynote speaker the Rev. Patricia Jones speaks during the NRV branch of the NAACP’s MLK Celebration.

Attendees to the NRV branch of the NAACP’s MLK Celebration sing “We Shall Overcome.”

The keynote address was given by the Rev. Patricia Jones.

Jones was born and raised in Christiansburg. She received her Master of Divinity from Vanderbilt University and her doctorate in ministry from Wesley Theological Seminary.

She led churches throughout Virginia and made many international mission trips during her ministry, and was the first African-American clergywoman elected to the Virginia Annual Conference’s Board of Ordained Ministry.

Jones recently moved back to the area in retirement, and serves as part-time minister for Park United Methodist Church in Christiansburg.

Jones spoke of King’s background as a man of theology.

She noted that the tenets of his faith were the basis for his fight for justice and to end of poverty. She proclaimed he was a man ahead of his time with his global worldview. Jones described the influence of King on her own life and her generation.

The service was uplifted with music from Glen Holmes and the inspired voice of Jason Diggs. Samaya White of the NAACP Youth Council read “Abundant Hope” by Maya Angelou, the poem written for the dedication of the MLK Memorial in Washington, D.C.

Several other local clergy participated with remarks and prayer.

Karen Jones of Christiansburg received the award for her many volunteer leadership roles in organizations, including Girl Scouts, Meals on Wheels, the Taubman Museum, Asbury UMC and the NAACP.

James Klagge of Blacksburg also received the MLK Community Service Award for his many community service roles, including serving on the Montgomery County School Board, helping create the county’s Diversity Committee, as member of Asbury UMC, the NAACP and as an advocate for education.

The celebration closed with all participants and attendees singing a moving rendition of “We Shall Overcome” as everyone held hands in unity.